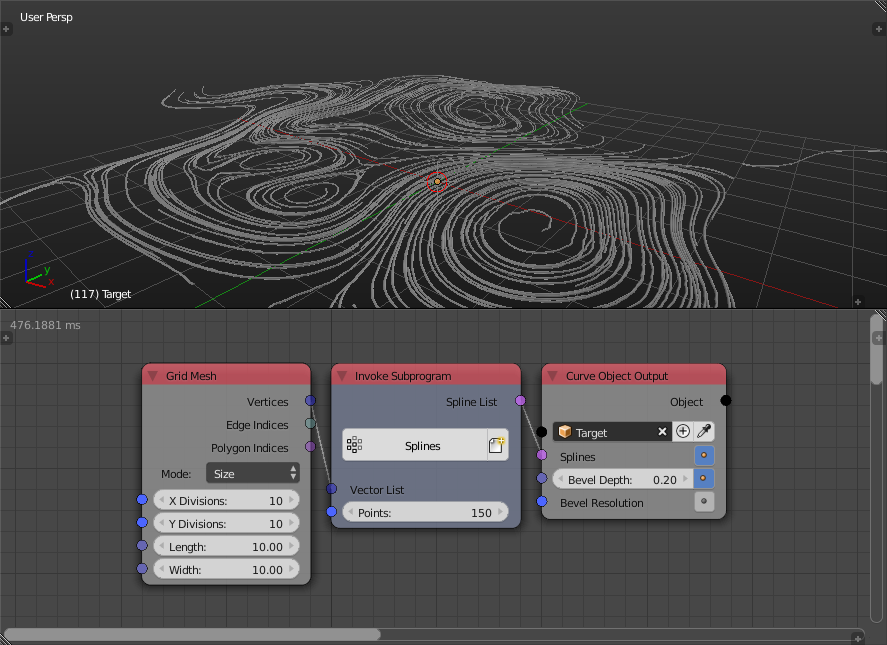 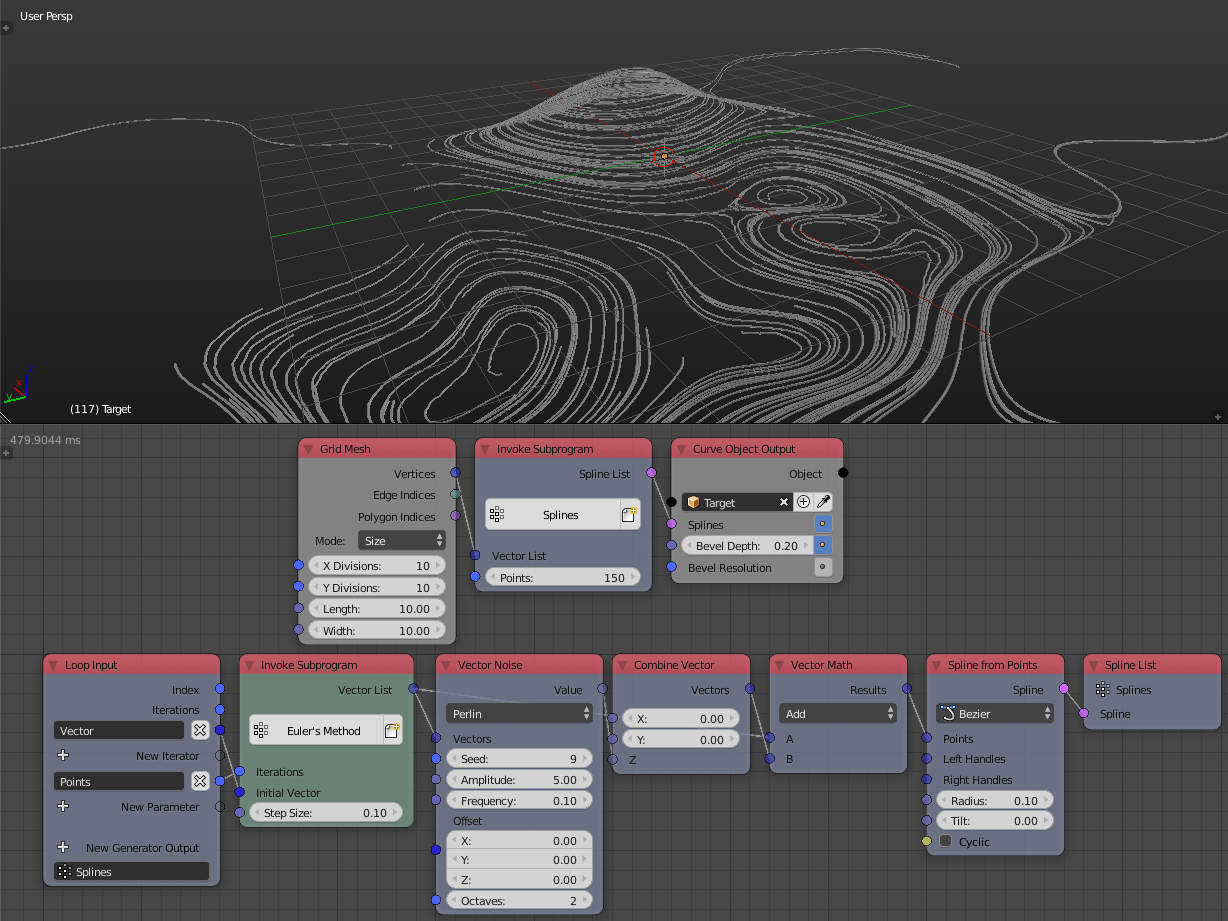 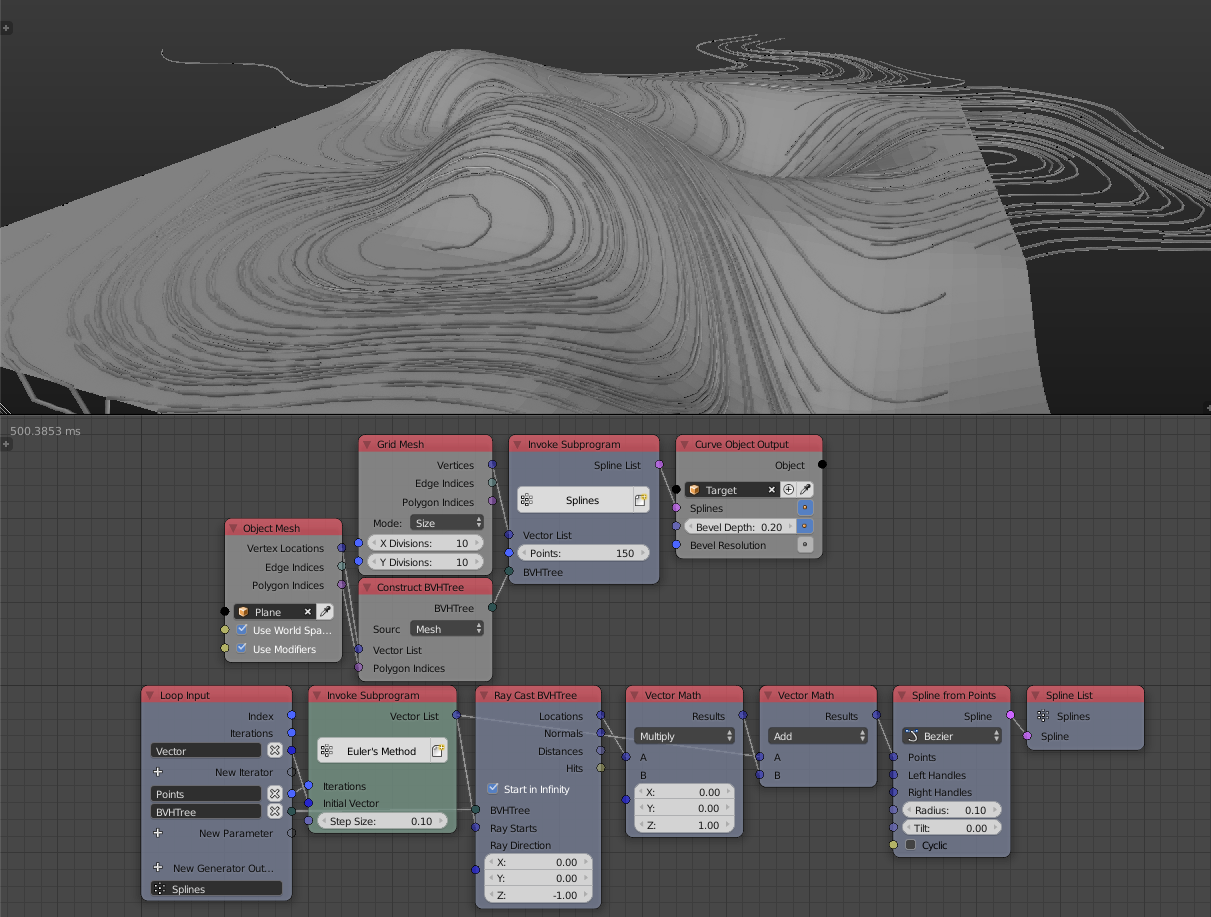 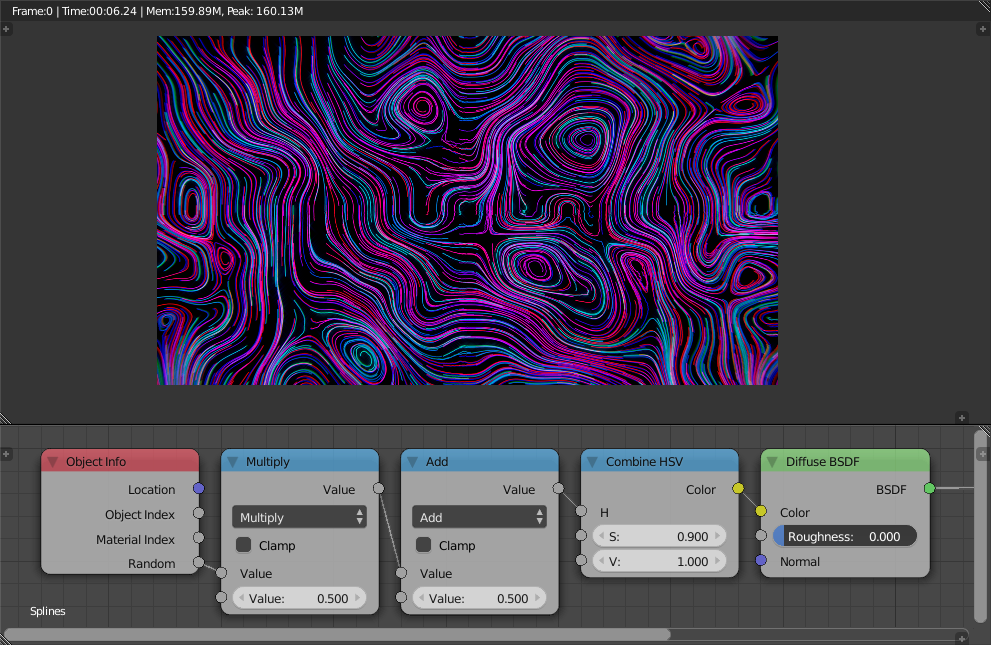 60
Trace visualisation in 3D - how to wrap curves onto a 3D mesh
14
Lines inside mesh
5
How to deform individual particles along the same curve guide that they are all traveling on?
0
How to achieve this spline and particle effect?
1
How can I create a non-self-intersecting mesh from a line mesh?