I am very new to blender and I am working on some projects to help myself become more acquainted with the program. I am currently working on a mask: 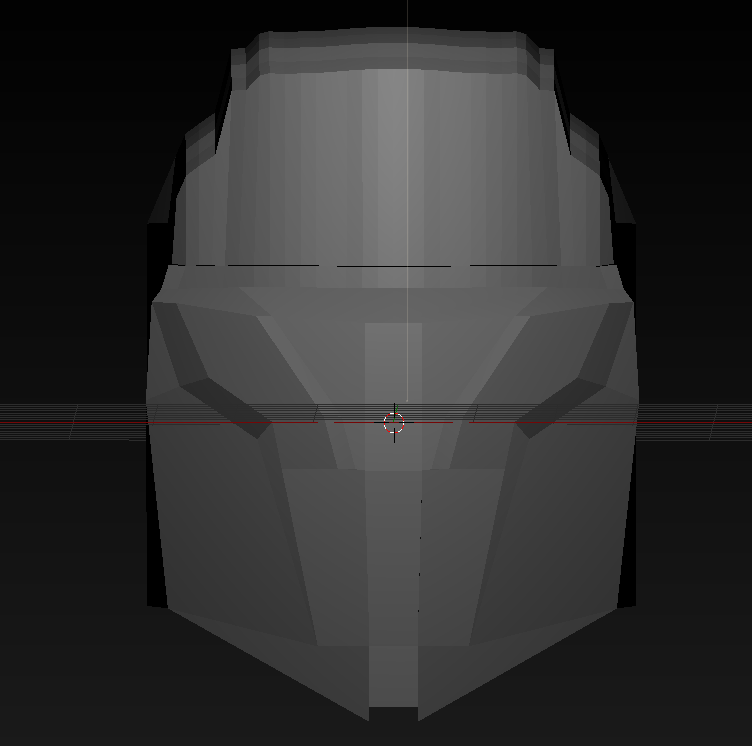 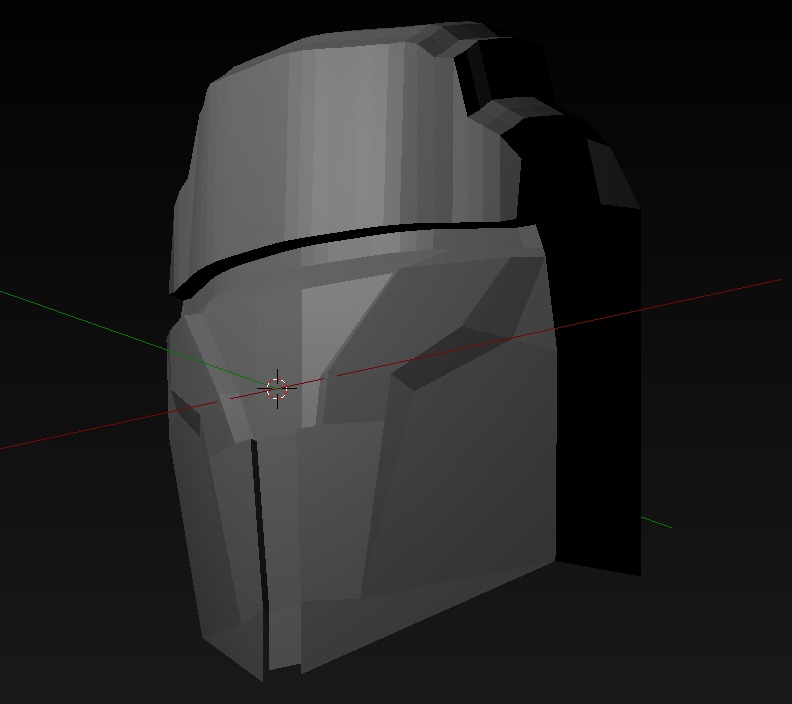 Thats the material view and looks fantastic to me. But then I go to the rendered view and this happens: 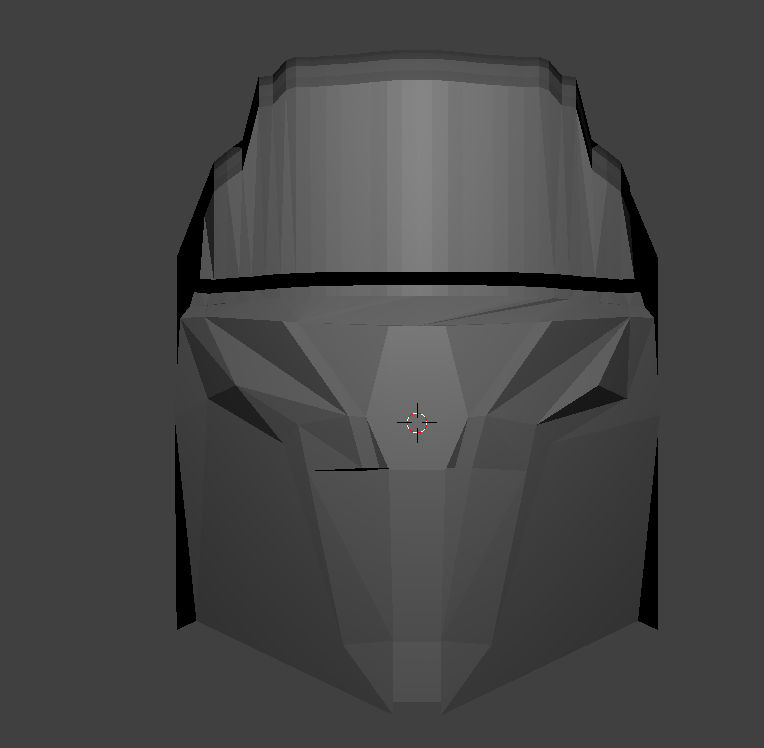 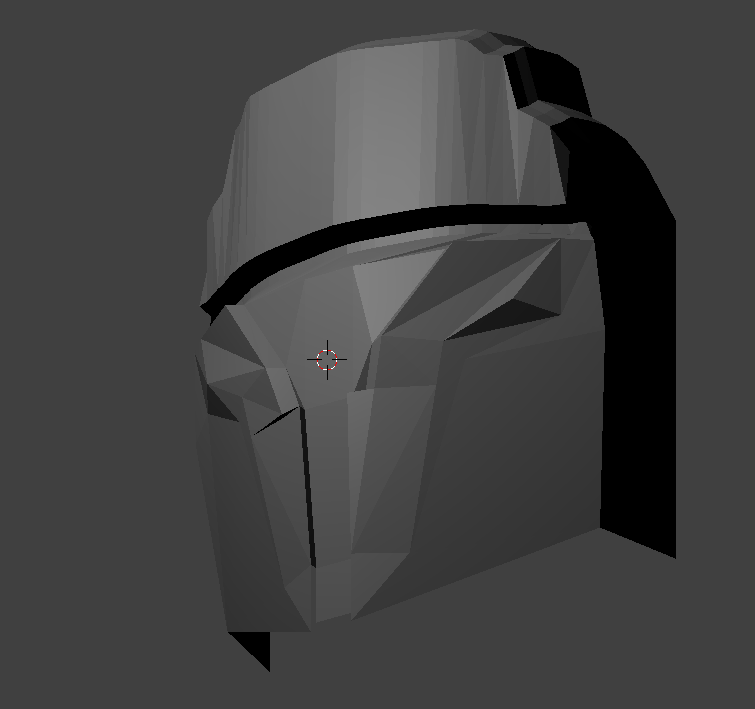 If anyone can help me solve this issue it would be very much appreciated. And here is the file:

Apart from flat shading (instead of smoothing, as pointed out by @atek) your mesh has a few other issues: apart some ngons, which are considered bad topology, but it could work for your needs, there are a few nonplanar faces (mostly ngons), and those are causing artifacts, as visible below.

The good news is that you can find solutions to them all using the bundled 3d print addon (you just need to activate it in user preferences), as shown below: 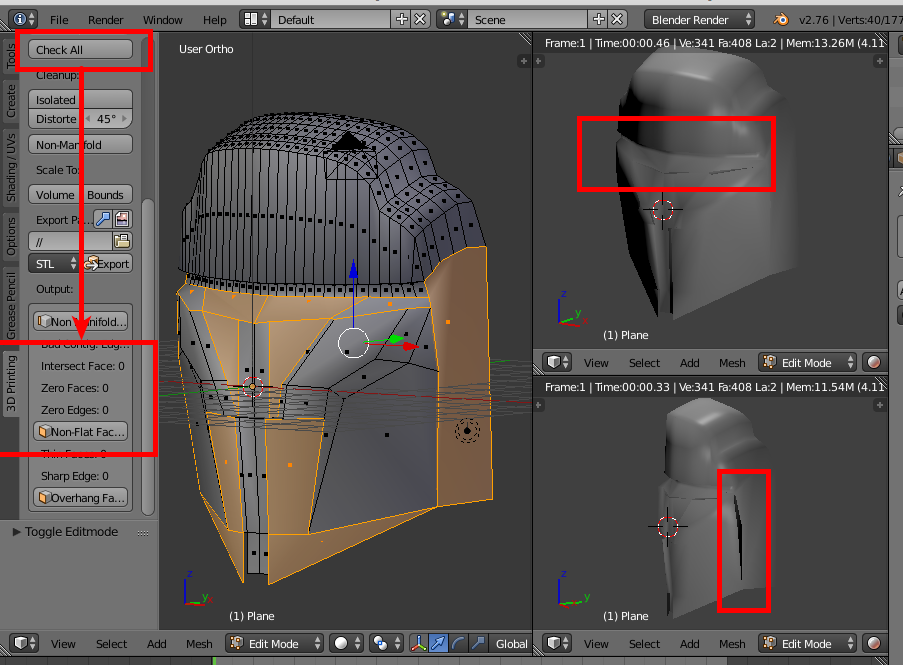 First, I forgot to say that before using the 3d print toolbox "check all" tool, I already recalculated normals (Ctrl+N).

It doesn't seem to be the case with this model but, since you're learning, it would immensely help you if you try to model everything with "quads" or, if really needed, "tris". Note that even "quads" could be made (by mistake) non planar, but while it is less likely, they will be much more easy to fix.

I'm not a retopology genius, and without reference images it's even harder, but I tried to "fix" a small portion of the mask, by deleting faces (only faces) and subdividing remaining edges to make them nearly match their "quad" counterparts, sometimes "sliding" vertices along an edge, and rebuilding faces based only on 4 vertices.

Now, shown below, you see that after pressing "check all" again it doesn't identify those areas as issues anymore: 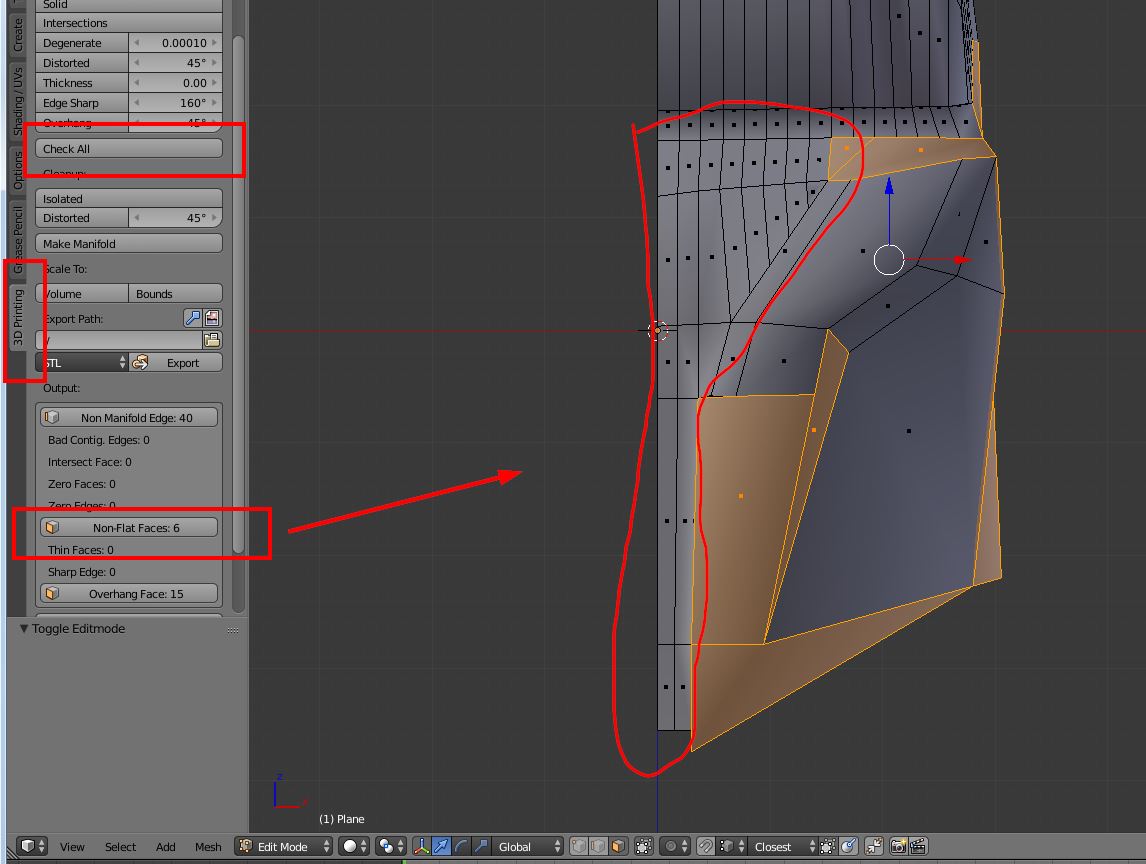 Not the answer you're looking for? Browse other questions tagged modeling rendering objects or ask your own question.