How to make two alembic Mesh Sequence Caches working together

I would like to play two .abc sequences in one scene. However, they seem to be hating each other, so after importing second sequence, the first one stops playing. I've noticed that the object path is the same for both of them, so I think that might be the problem. Is there a way to change it somehow (rename mesh_shape to something that works)? Thanks. 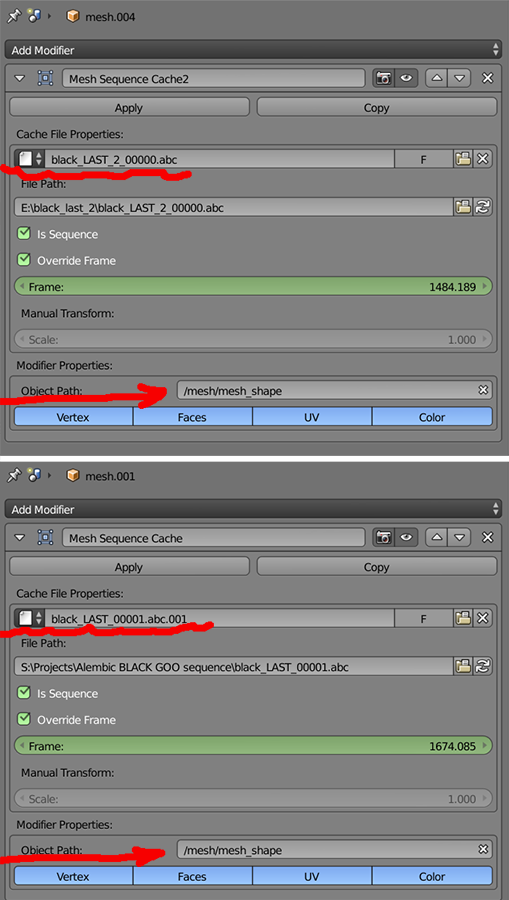 Blender Sushi Guy here, I encountered the exact same situation today. And I think I have a solution that is using Sverchok nodes, but easily translateable into Drivers or Python code solution. I think Dr. Sybren can help :) 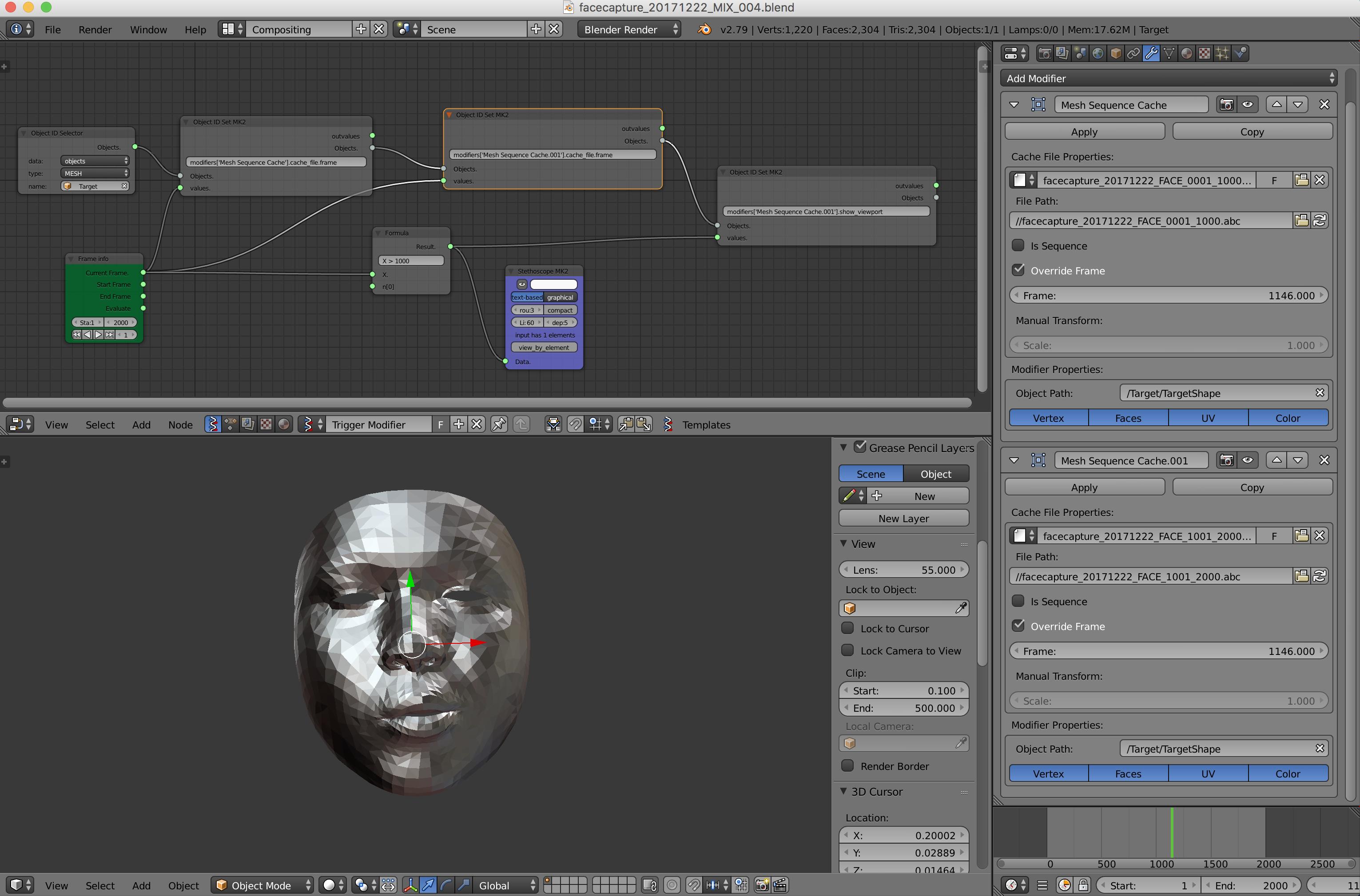 So, I have multiple alembic cace file, each for 1000 frames. I broken down the Alembic sequence into multiple caches because 10000 frames == keeps crashing Blender.

Anyhow, just like what you are trying to do, you want to "mix" the Alembic cache together, using Modifier stacks.

Ideally, there should be a mechanism in Blender allowing to do this. Maybe Blender devs are still working on it(?).

For now, I am using this "simple trick" that is basically triggering the "show_viewport" ON and OFF as needed.

Both has "Override Frame" turned on. So we will be controlling the frame using "Time Frame". That part is taken care of.

But as you mentioned, once you stack multiple cache, the second will completely override the previous.

However if you control the "show_viewport" and trigger ON and OFF at the right time (in this case I am using nodes logic to check frame number, if frame number is bigger than > 1000, then 2nd cache SHOULD take over and continue the cache. Otherwise, it should run the 1st cache first.

I test a quick OpenGL render and seems like my cache A and B mixed together into the same mesh.

I wonder what Blender Devs working on Alembic can say about this.

But that is one solution.

Perhaps "Use Modifier During Render" (the camera icon) also needs to be triggered.

The easiest is to use Drivers, for this. In my case, I am relying on nodes.

Not the answer you're looking for? Browse other questions tagged animation mesh modifiers alembic or ask your own question.

0
how to join two Navigation mesh?
2
Is it possible to export a sequence .abc (Alembic) files and then reimport it with the Mesh Sequence Cache modifier?
0
Merge these two meshes and export as .obj
2
obj sequence to alembic format
0
How to combine two curves for a camera animation