It's really simple: Shadows won't be cast. I checked the light source to cast shadows, but they aren't cast.

I want a text to cast shadows. I want to place the text on a surface within some video footage.

I already traced the camera motion with tracking and managed to align the text with the markers placed on that surface.

I also don't know how to make the shadow cast appear but not the surface.

I animate the text in the 3D-view and then place the animated scene over the footage over as a strip in the Video Sequence Editor.

I tried following some tutorials, but they either have some weird options in them that my blender version doesn't (2.76) or their objects just cast shadows by themselves by default.

It has a shadow catcher checker box to speed the process.

Just select the surface and enable the shadow catcher in cyles settings panel in the object tab.

See the image below: 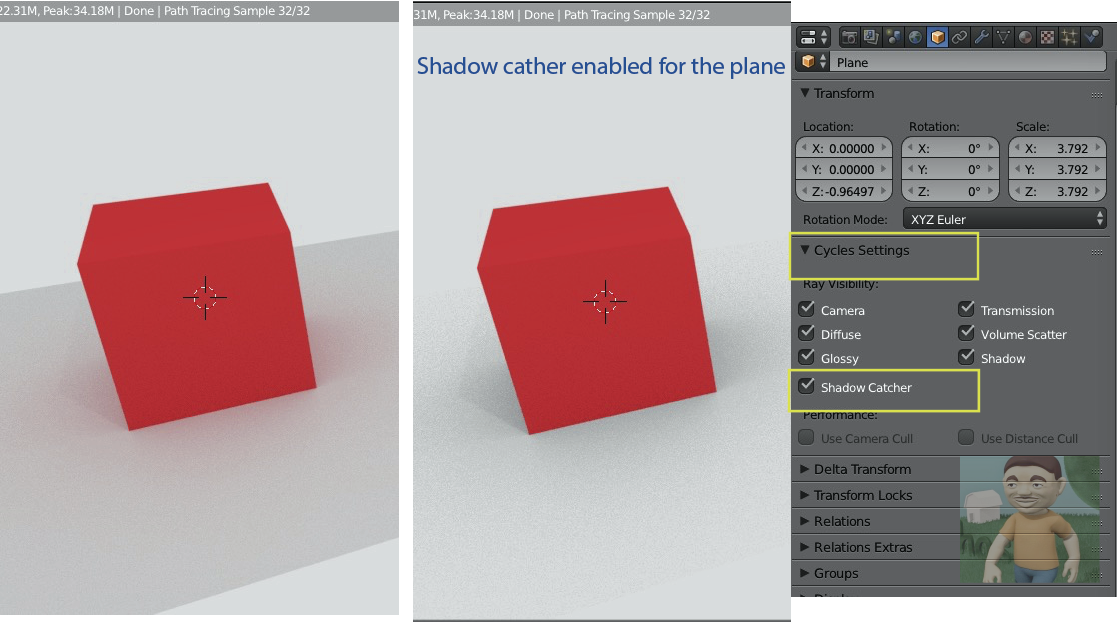 Not the answer you're looking for? Browse other questions tagged video-sequence-editor shadows or ask your own question.

13
What is a shadow ray?
1
“Holdout”-alike Effect Strip for Frames in the VSE?
1
Keep texture shadeless, but recieve shadows?
2
Is there a way to cast a shadow only on certain objects/materials but not on others?
3
Transparent object shaddows in volume material [Blender Internal]
1
No shadows on transparent object ( Blender 2.8 )
1
Keep a set of objects from casting shadows while having a shadow
1
Lights not casting shadows/UV mapped images dark