Indirect lighting casting "shadows" where it should not

I have the windows on the house mesh shown in this image set up to emit indirect light (material emit: 1.00, World Indirect Lighting Factor 5.00, Bounces 4) and it's almost fine, except the fact that every other window frame on the bottom ground floor is significantly darker than the one next to it, and other windowframes in the render, for that matter: 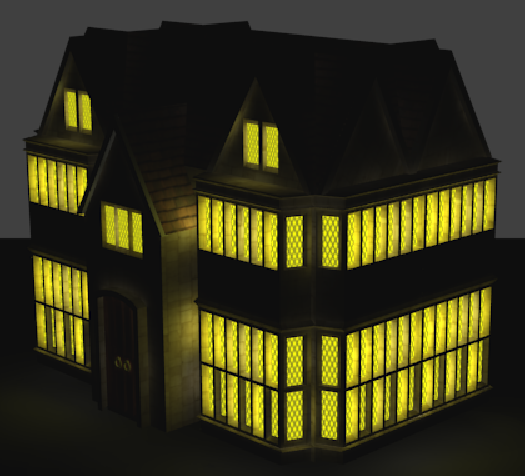 Given it occurs on every duplicate of the window-having mesh (two storeys of windows on one protrusion is a mesh, so there are four visible in the scene) I can only presume it represents some error in the construction of the mesh (a similar problem occurred earlier when a stray face on the attic floor covered part of the windows there) but I have been unable to find either redundant faces or incorrect normals in those places. Can anybody tell what's going wrong in this render that would cause this problem?

This issue arose because the UV for every other windowpane was upside down, correcting this resolved the lighting issue, although it is unclear why.

Not the answer you're looking for? Browse other questions tagged rendering blender-internal-render-engine light or ask your own question.