What's causing this misshading, and how can I fix it?

There is a bizarre dark shading being applied to portions of my model. This is not intended, and only occurred after retracting the pinkish middle lines(on what was originally a cube) inwards. The shading looks really odd. It starting looking like this when I brought the middle lines inward

There are odd dark shadows appearing right near the middle section of my model. It starts right before the mid-section, then stops after. I have tried various lighting strategies, and I've played with materials (which shouldn't show in the editor anyways). Nothing seems to change. (Normals are all facing the correct direction. 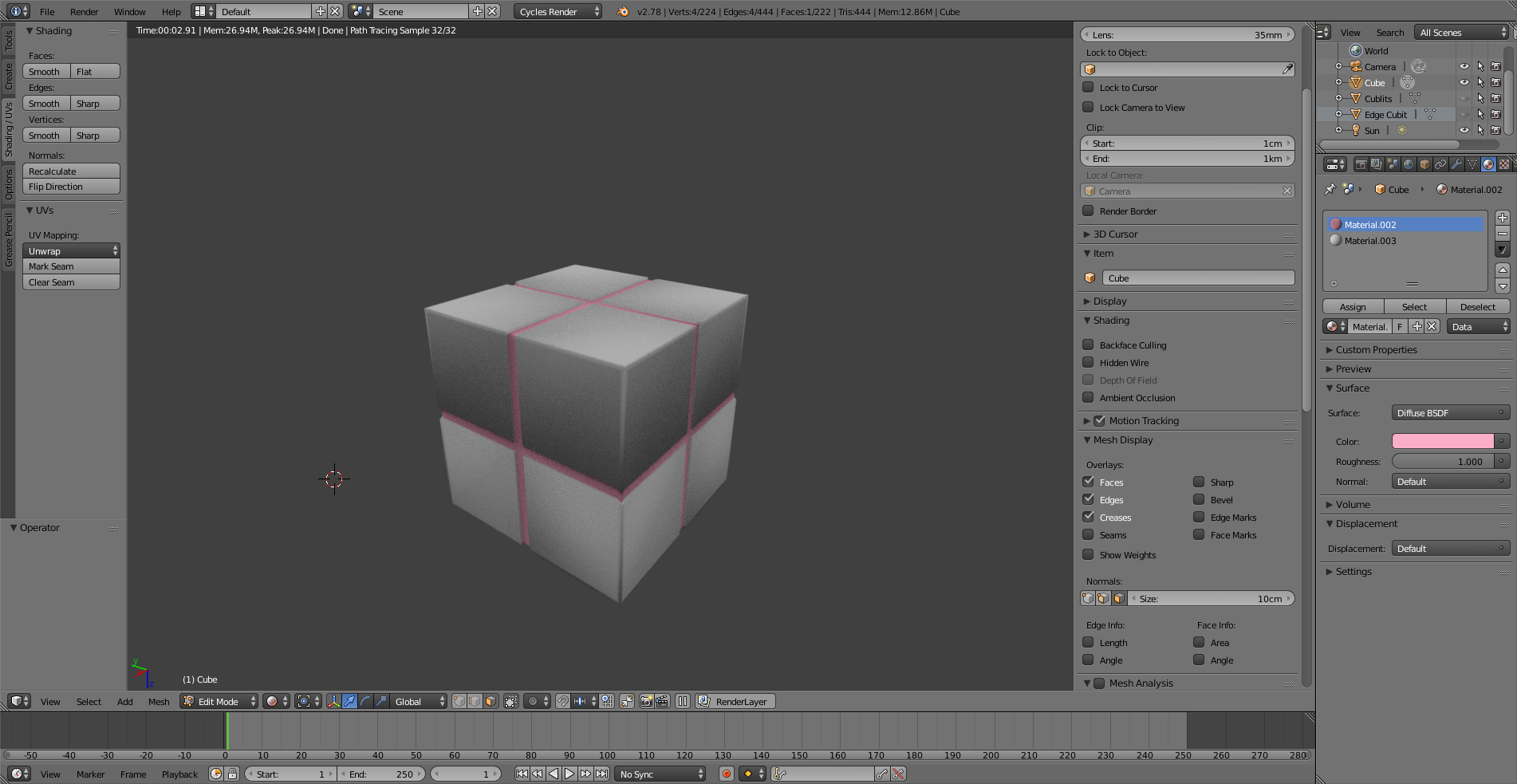 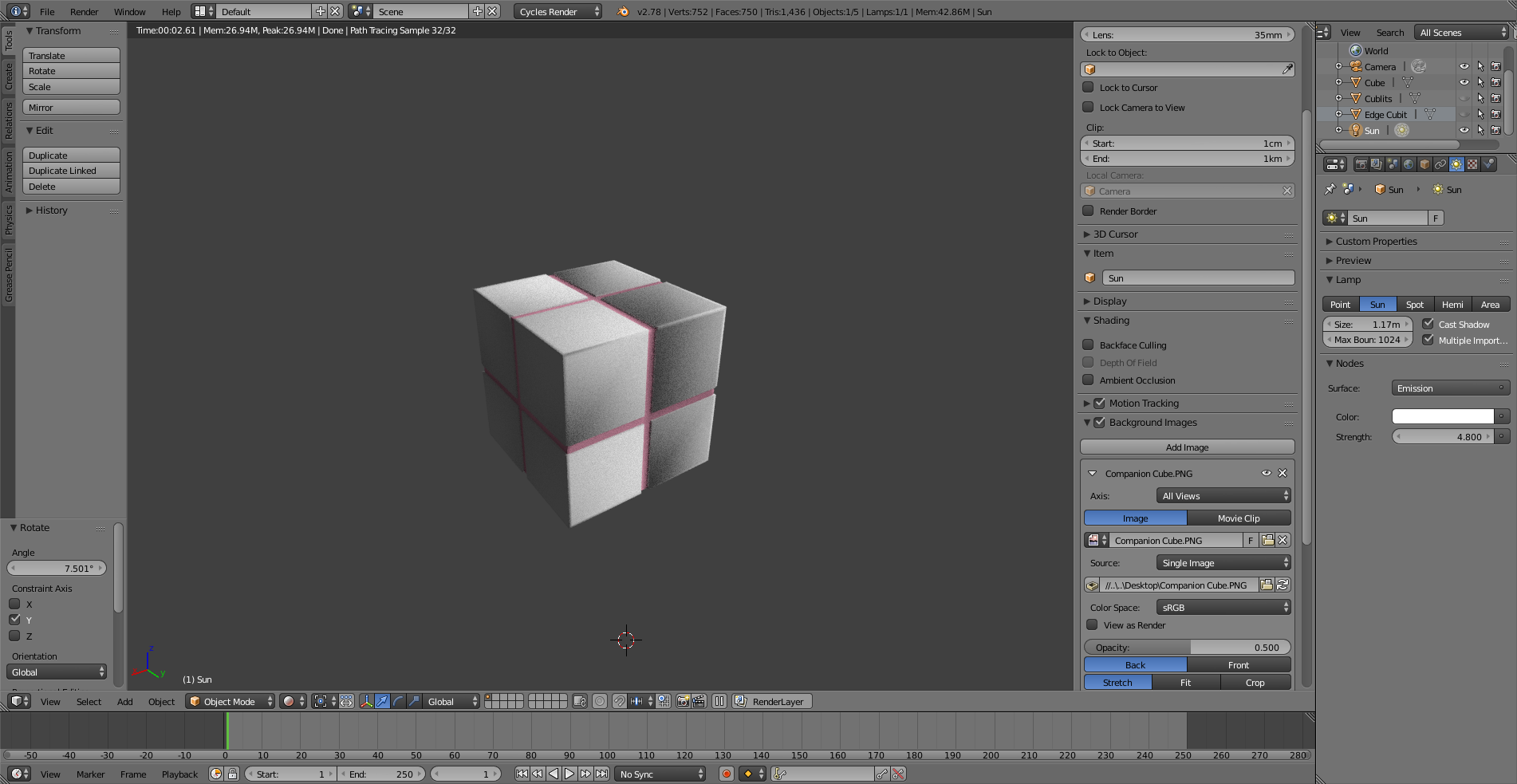 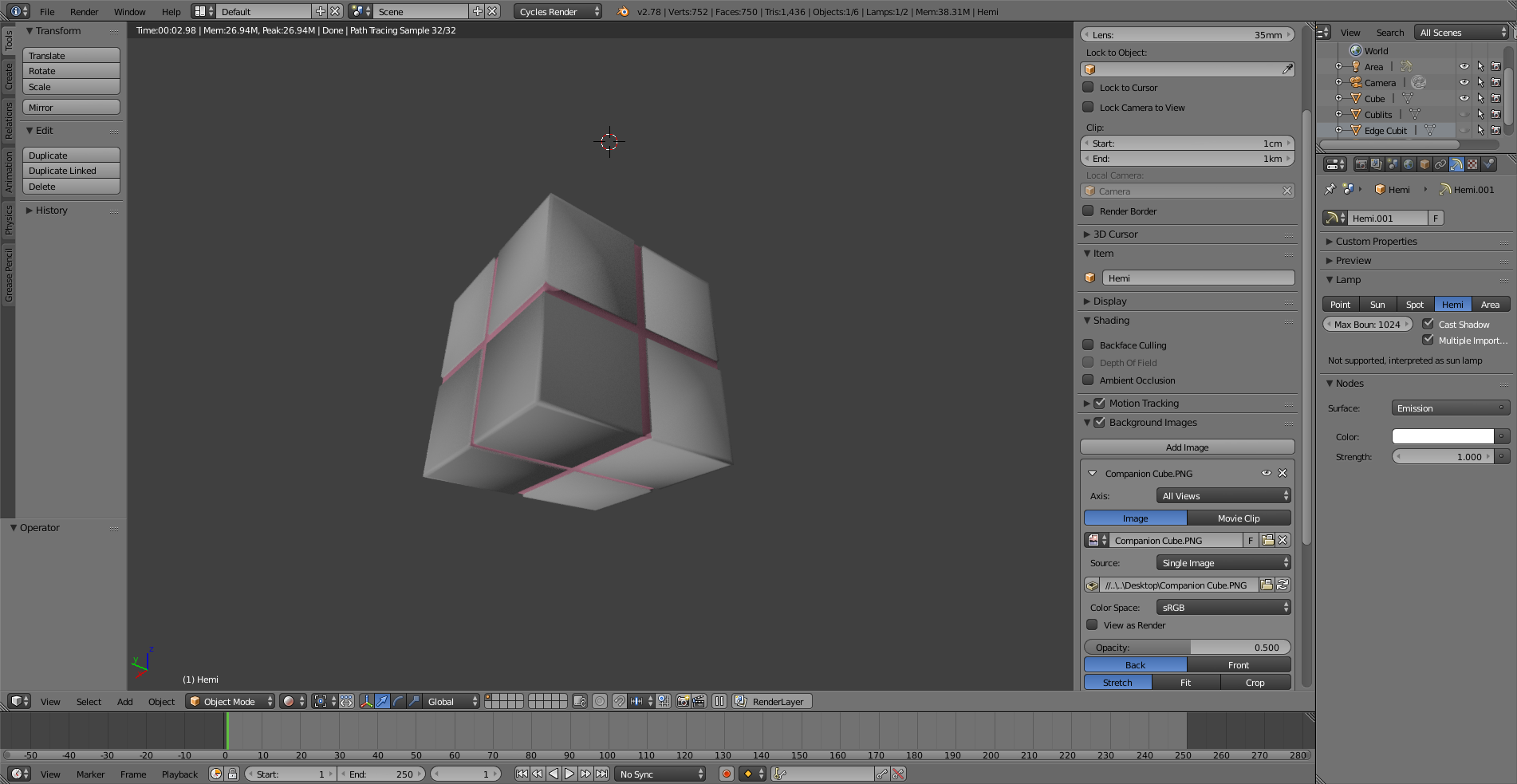 To clarify: My normals have all been corrected to be facing outwards. (At least as far as I've looked). The shading is still wrong, and darker nearing the pink lines.

I created a rushed new version to try and compare/find the issue. 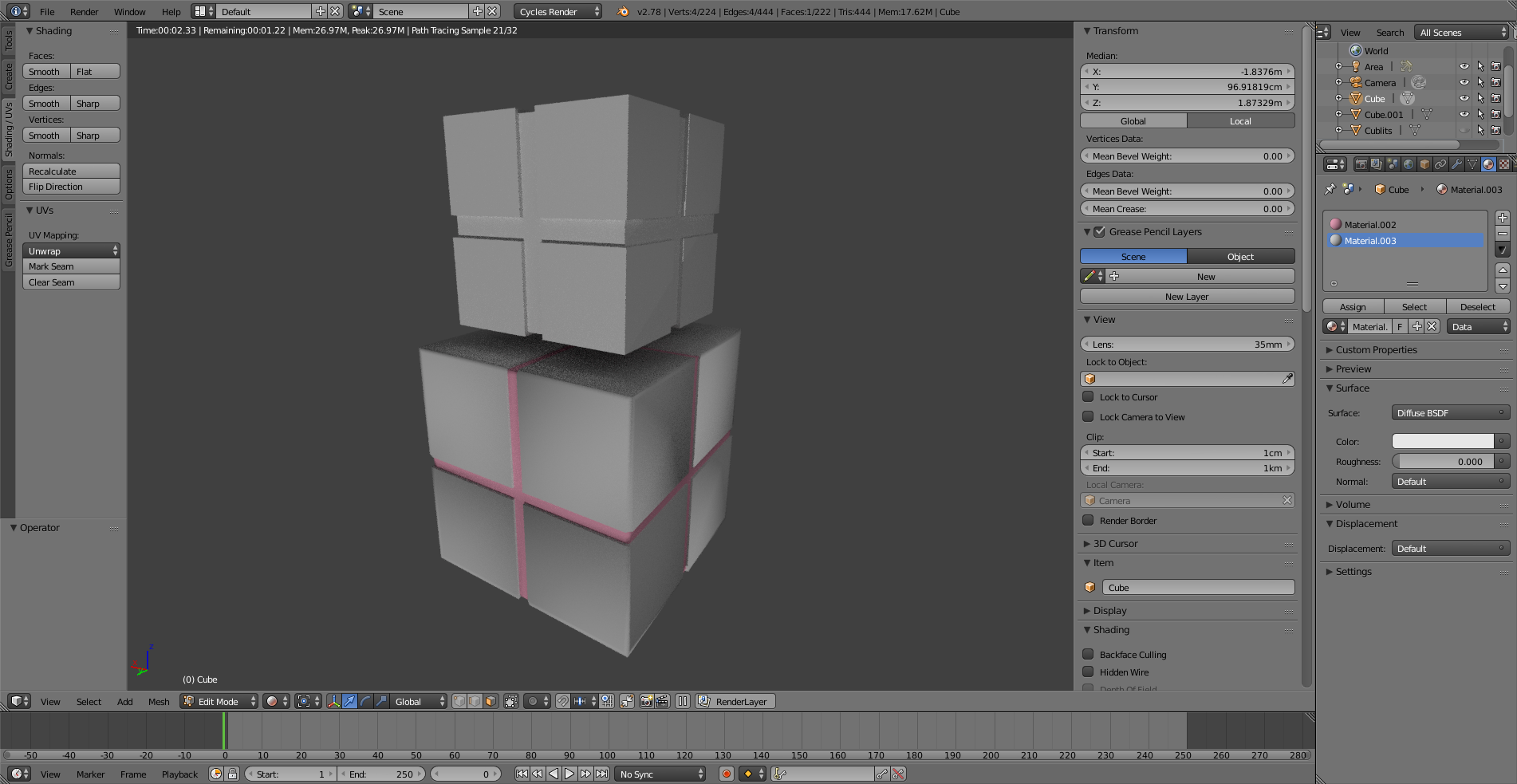 As you can see above, the right side of the bottom model has its top left cube significantly darker nearing the pink. This does not match the rest of the shading. The below is what occurs when I try flipping the normals (to show that I have already flipped the normals, and no more flipping needs to occur) 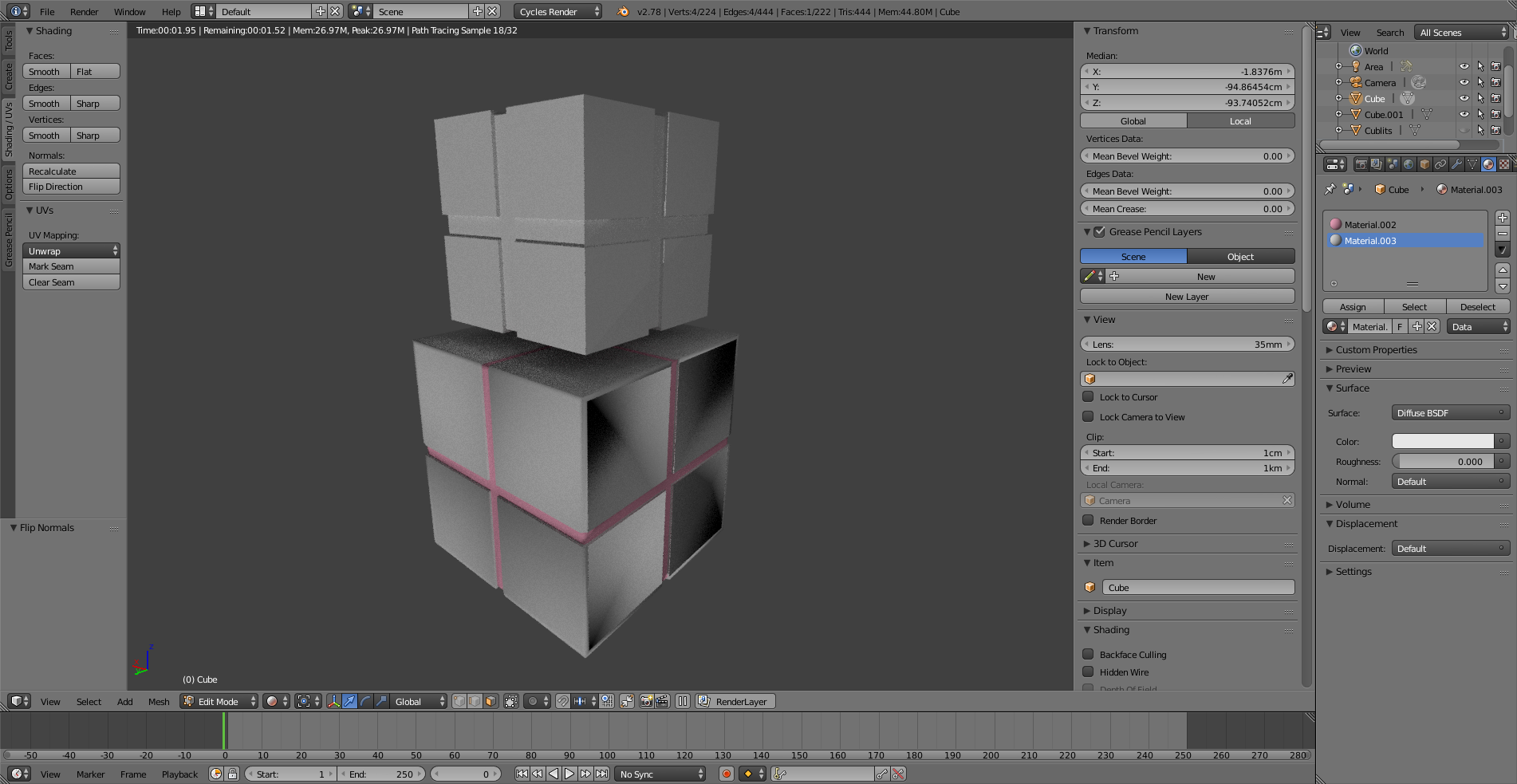 And even in the editor, the models look different. Light is reflecting much differently off of the two models, even without going into render-view. Now seen below, the bottom model seems almost... metal, shinier. Without any in-edit-view materials applied. (And the only materials are basic diffuse colors. Simply a color change.) 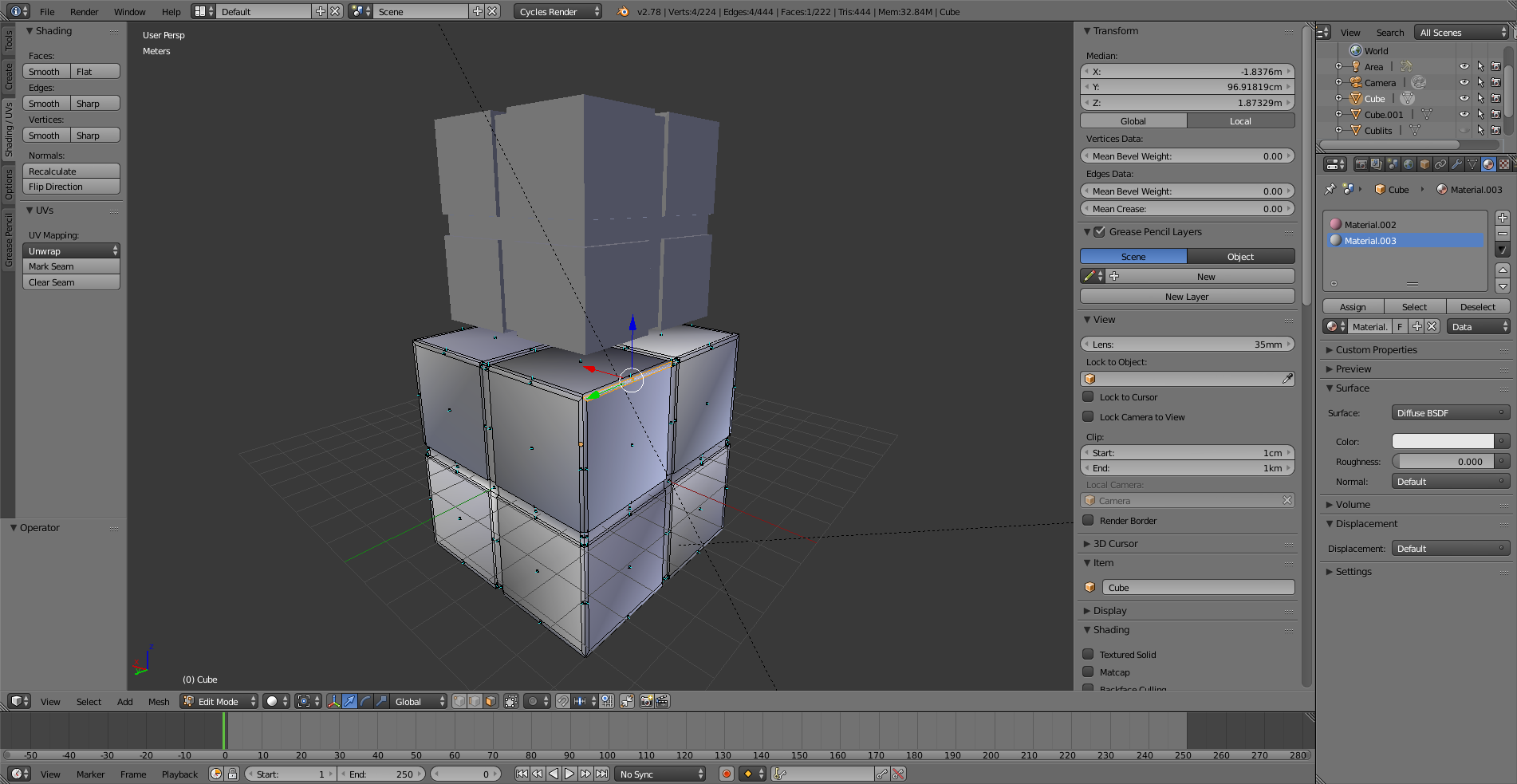 The only out-of-place item I see is when attempting to move the middle square of the cube using proportional edit mode. The below happens, and the problems squares seem to be folding in half diagonally, while the others simply rise as expected. This might help give more clues as to the issue. 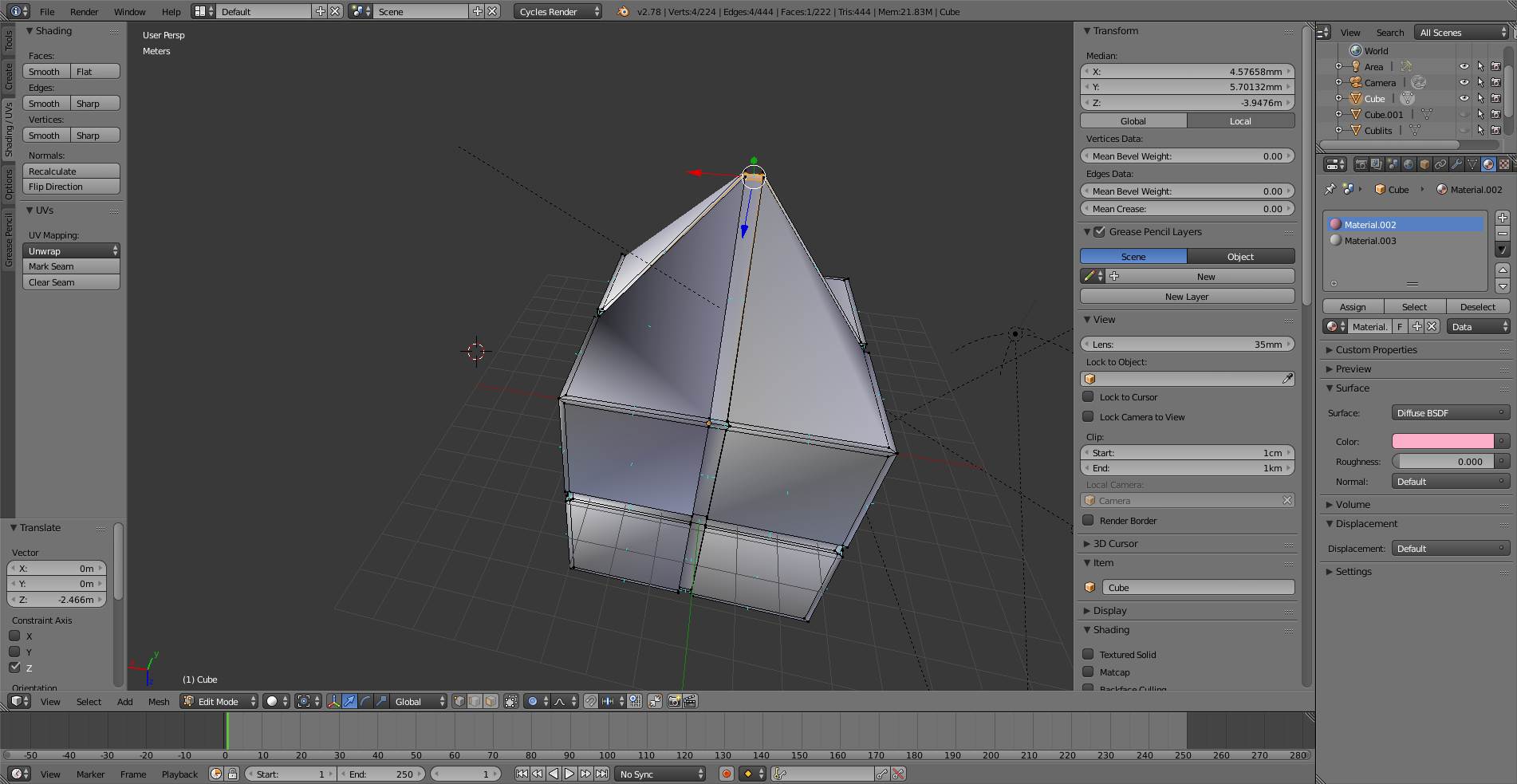 Smooth shading was turned on, and reacted weirdly with the geometry. (Some normals were also flipped, and were fixed early.)

The dark shadows on the pink line are cause by the normals. Normals are a operation mostly used in game to only show the outward appearance of the object causing less lag. Here is an example of how normals work. 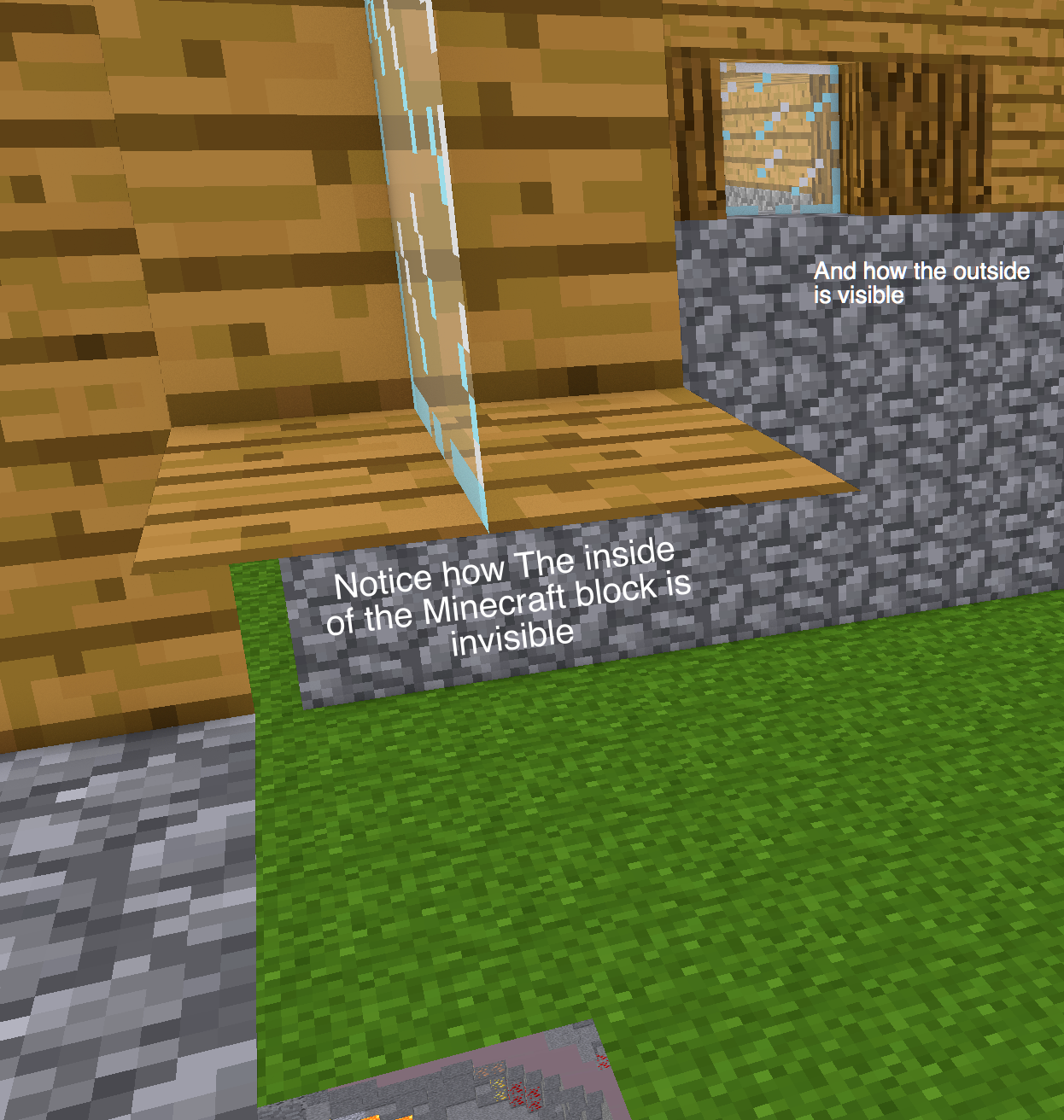 Blender does a good job showing the normals without messing up anything, but, it still has a little problem with the shading. Plus, if you want to switch to another 3D studio, the normals will look all messed up. Here is how we invert (flip) the normals:

Step 1: Select everything that is not shading correctly. 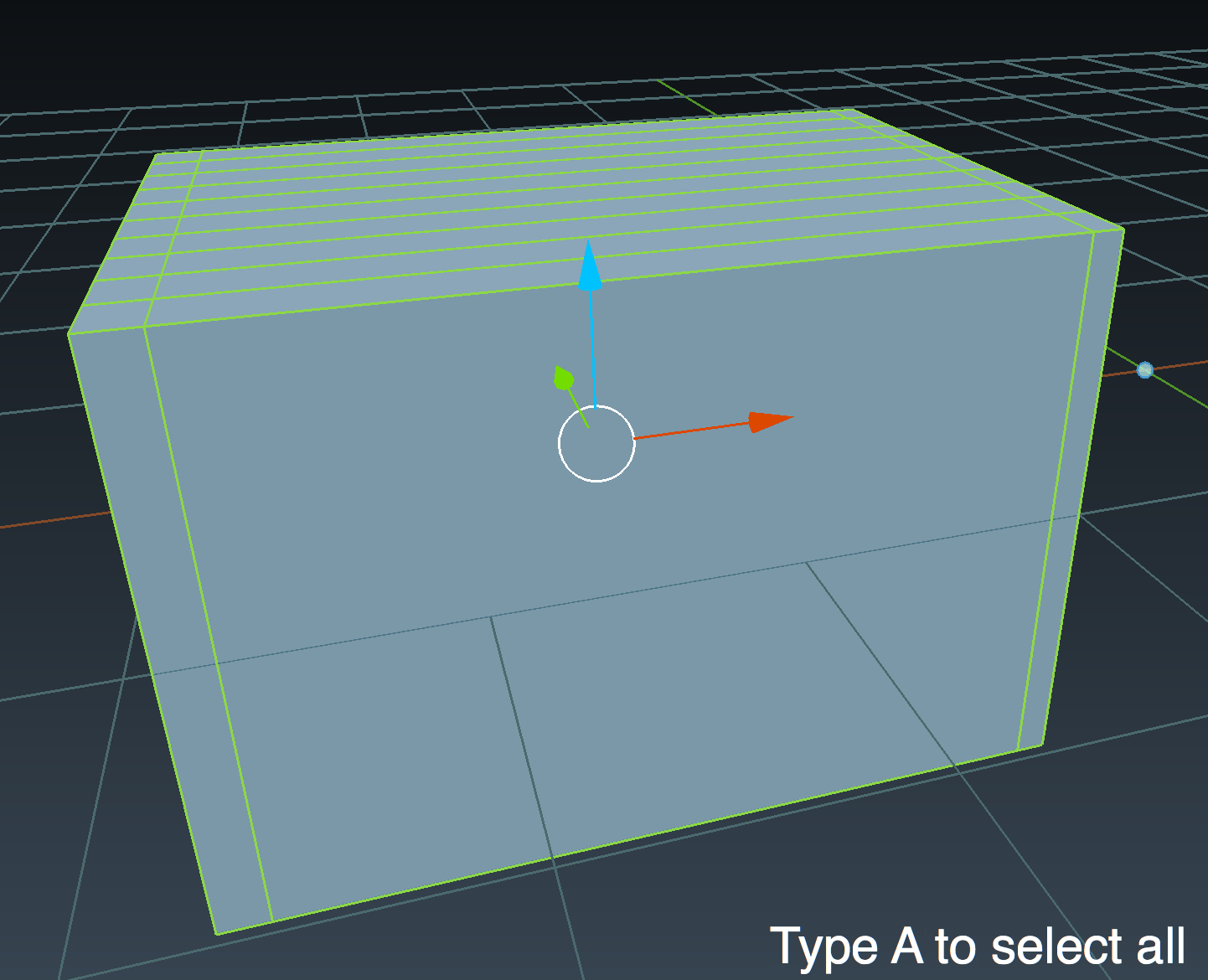 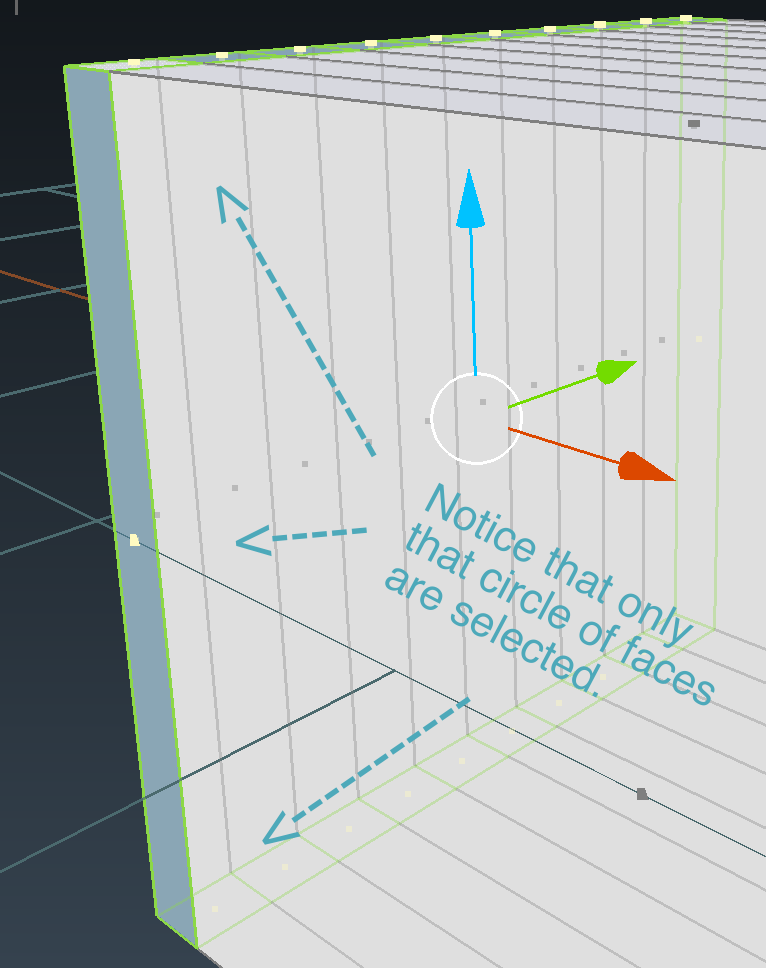 Step 2: Use command 'ctrl N' to flip the normals. 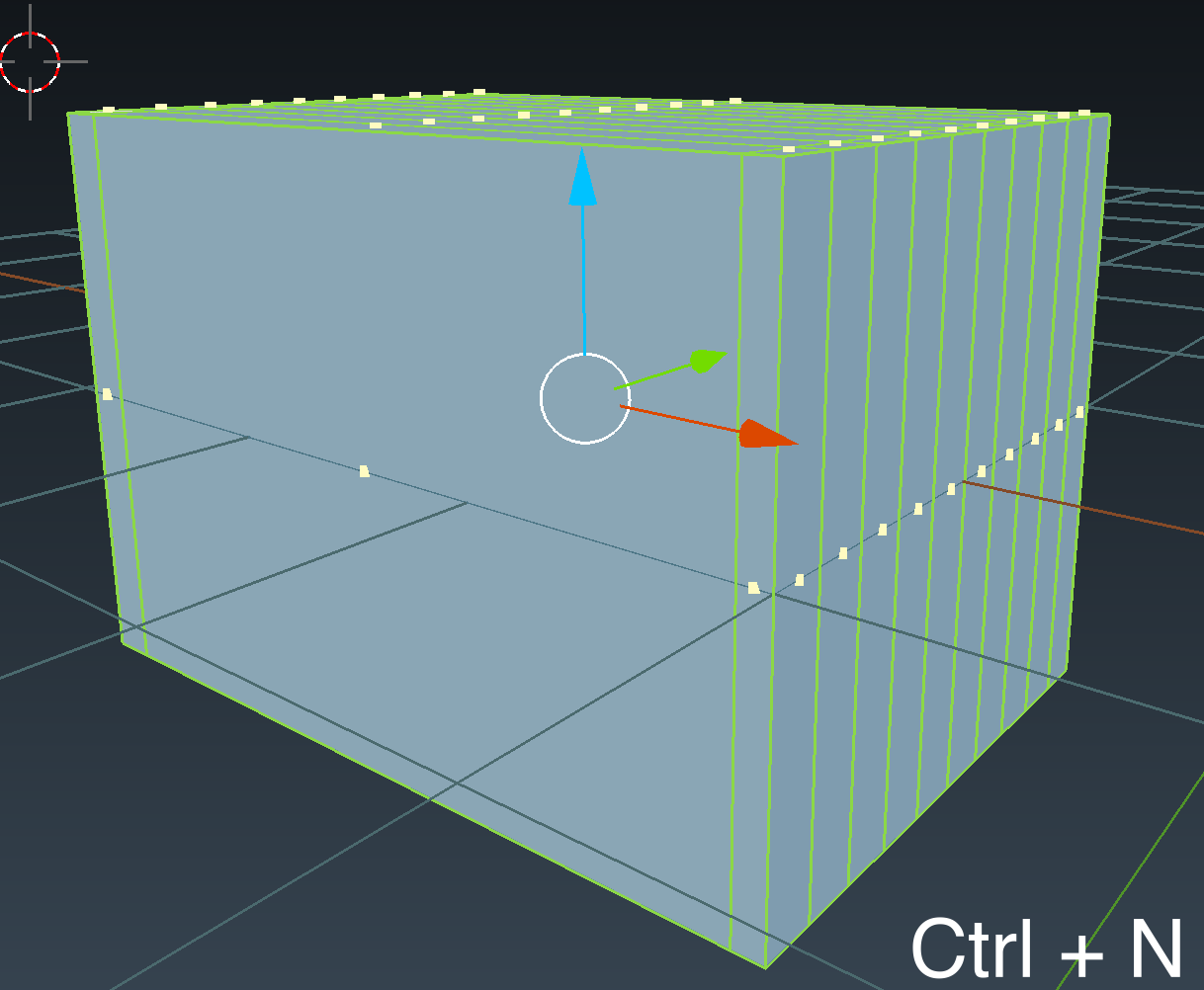 Not the answer you're looking for? Browse other questions tagged rendering mesh texturing node-editor or ask your own question.

3
UV Mapping a simple cube only shows 2 sides textured
0
Object alignment between Viewport and Render are different
1
Problem With texture or UV I'm not sure
9
How to Sculpt a Brick Wall?
1
Lighting error with seams/UV Islands?
1
Why does joining meshes result in a joined mesh with (previously) non-actively selected meshes being transparent?
0
What's causing this pitting
0
Why is my texture a lot darker in one part of my mesh?