How to Mirror After Starting Sculpt with MultiRes Modifier

I recently ran into the need to retopologize the body mesh of the character below so I could connect the body to the head (I needed to make the edge loops have the same number of vertices). This is where I realized a major problem. 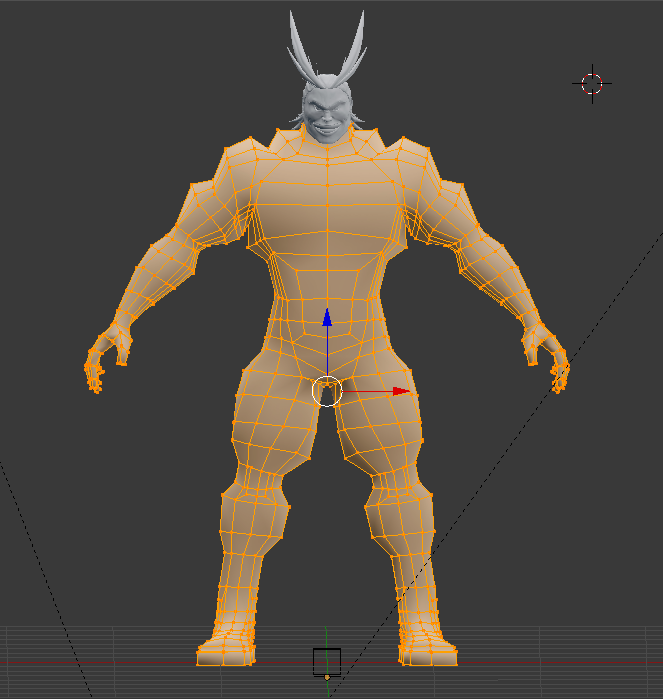 I had been using a multires modifier and I had already begun my sculpt. I figured all I needed to do was delete one half of my mesh and use a mirror modifier across the x-axis so my new topology would be symmetrical. 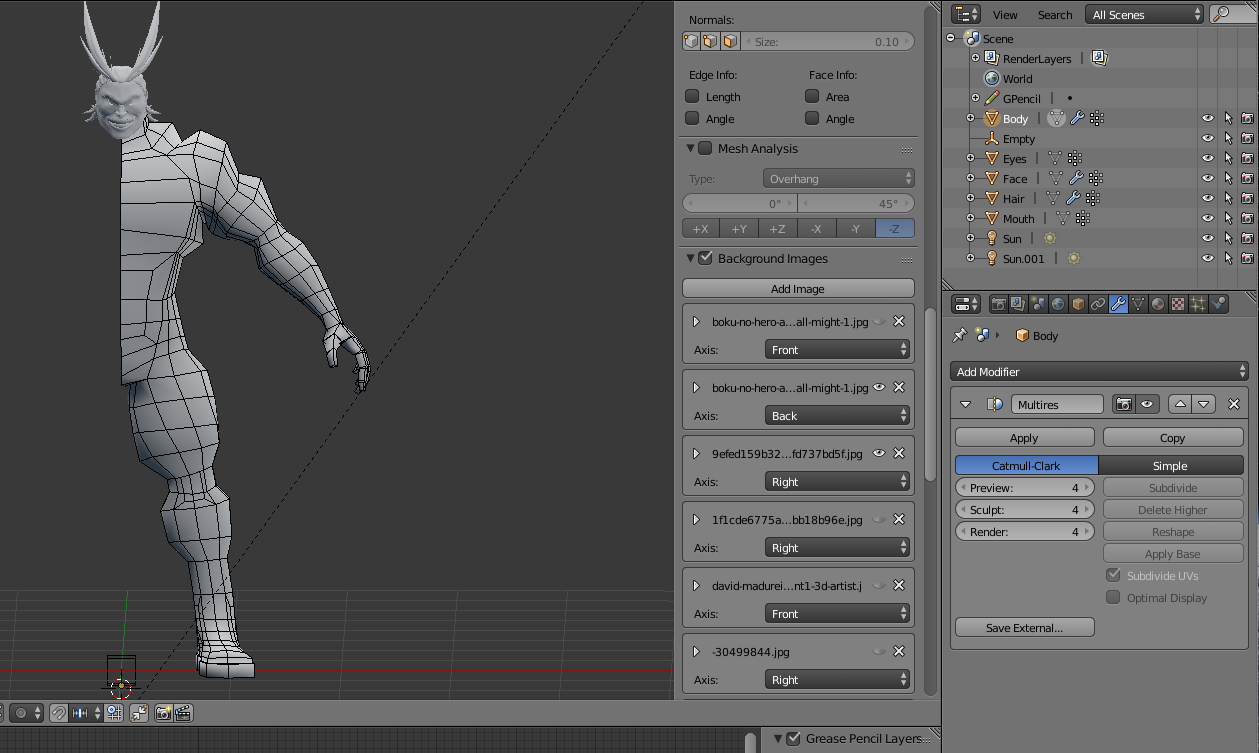 Upon following this obvious method all was looking great. Besides some splitting between the meshes, it looked like I could apply the mirror modifier. 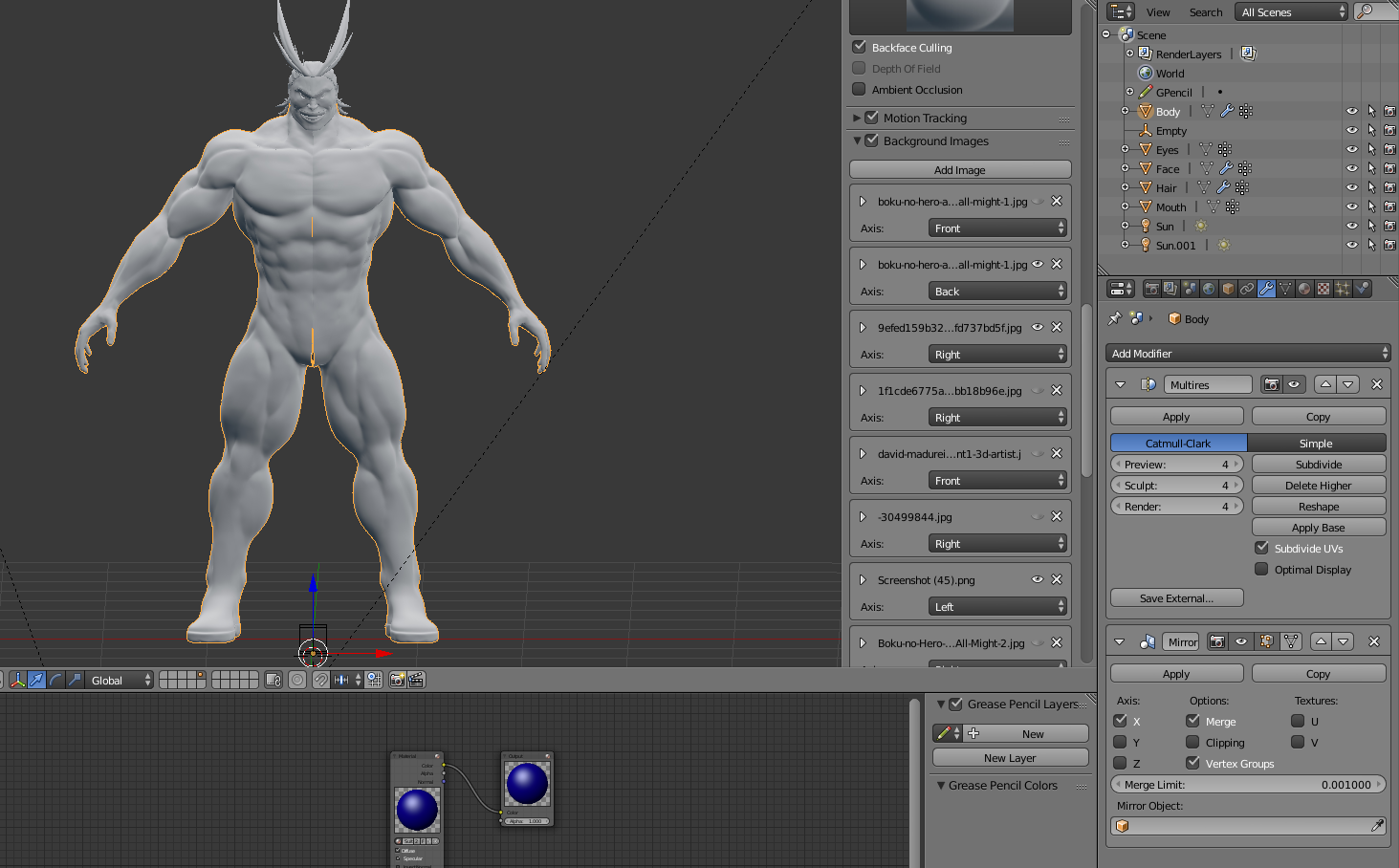 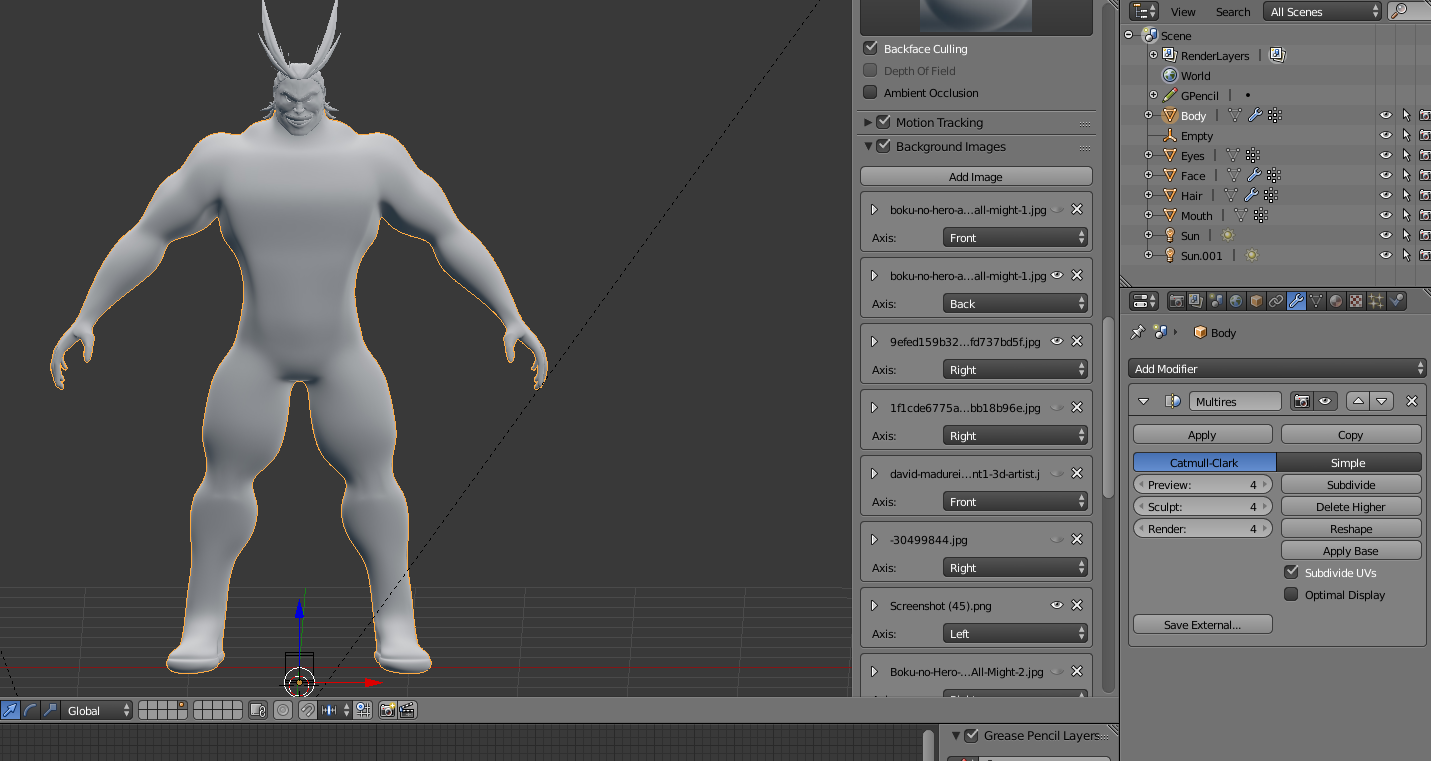 Then I tried to mirror the mesh manually in edit mode by duplicating (SHIFT+D) and scaling by -1 on the x-axis. To my dismay, this resulted in all of the normal mapping from my sculpts being inverted. I tried to resolve this for hours. 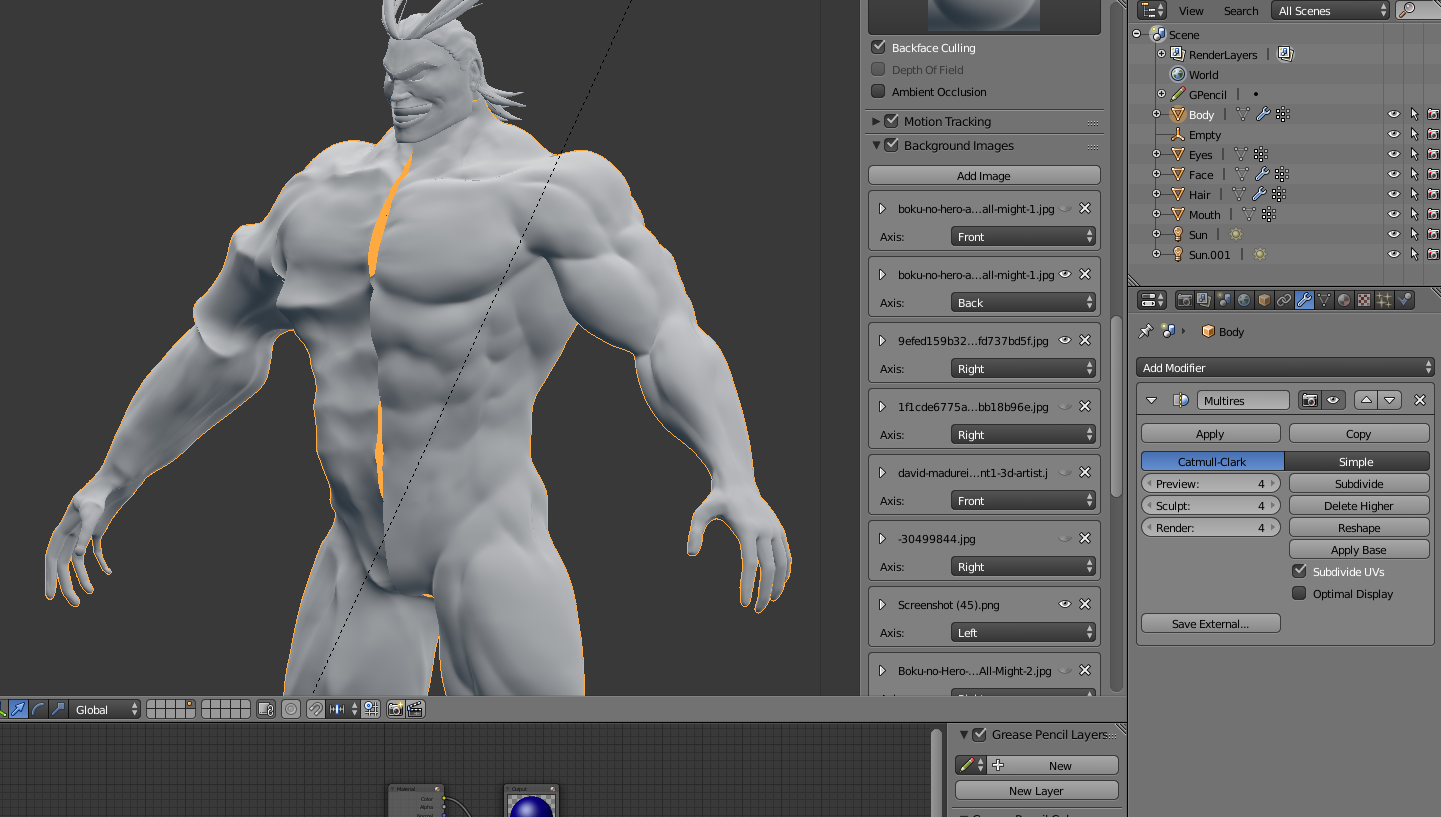 It finally occurred to me to try to mirror from object mode under the "tools>transform" panel. So I duplicated my original body mesh and tried just that. 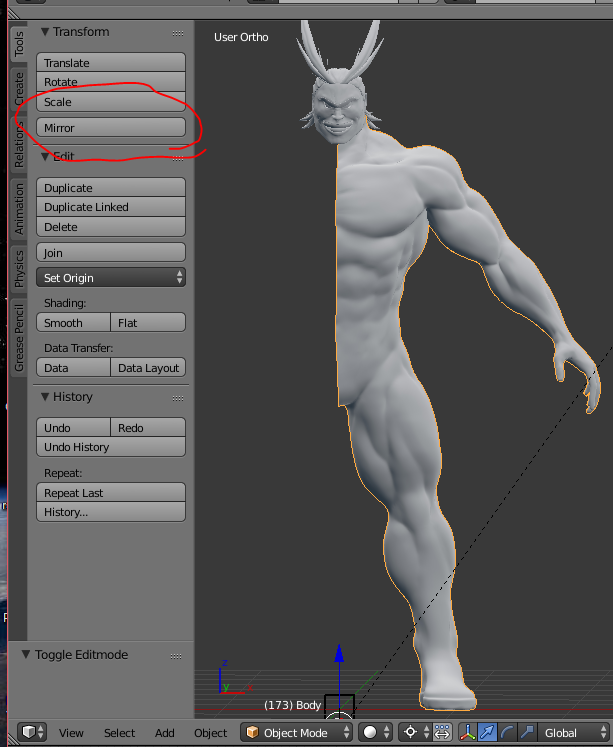 PRESTO! I got what I needed, and I won't have to worry about losing sculpting detail because of pesky mirror modifiers! All that is left after this step is to join the "body" and "body.1" meshes and merge any duplicate vertices. 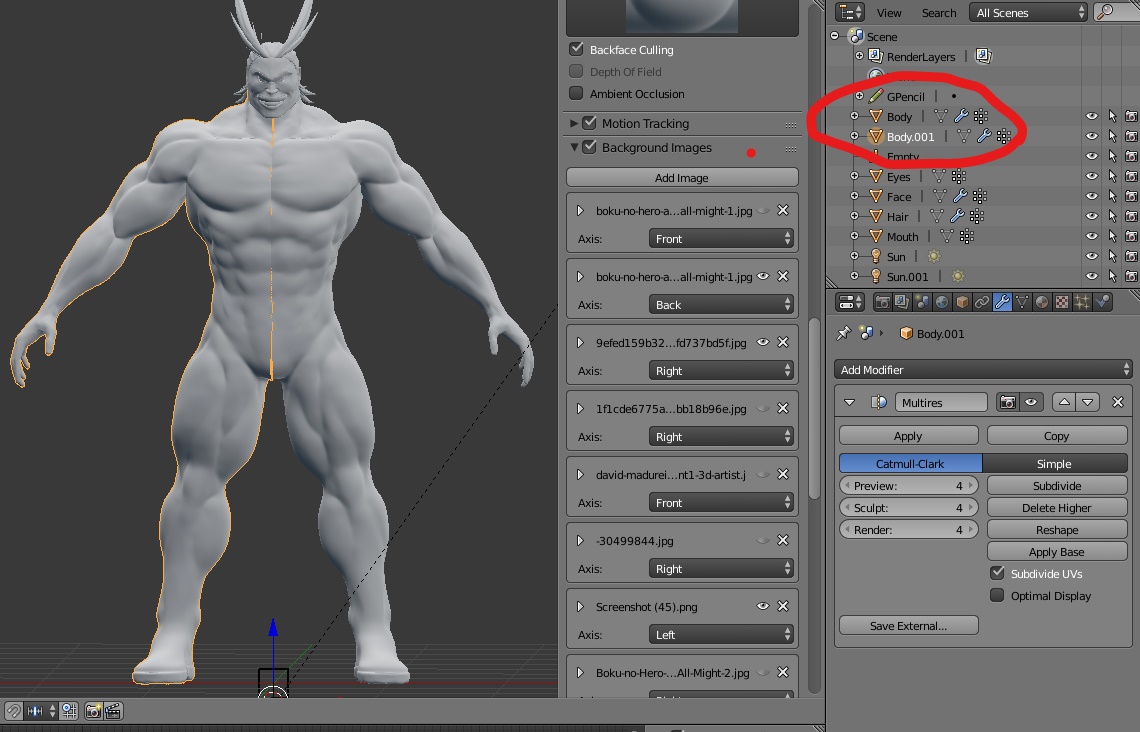 I primarily wanted to post this as a help to others, but also to ask whether there are any easier work-arounds to this issue. If anybody knows an easier way to deal with this problem, your explanation would be greatly appreciated.

This may be out of date, but quick tip - if you mirror a mesh by scaling -1, you can then reverse the normals via 'recalculate outside' or 'flip normals'

You may also be able to work around this by changing the order of the modifiers in the stack.

Symmetrize (or mirror) only works if the mesh is clean, if you have shape keys or an armature with vertex groups associated with it here's the procedure for these cases

IF you only have a rigged object, don't make the dummy shapekey at all

IF you also have the model UV wrapped go to edit mode, open a UV editor panel, select all the mesh in the UV panel, go to UV -> mirror -> Copy Mirrored UV coords, select negative or positive accordingly. Do this step if you have asymmetrical textures.

Not the answer you're looking for? Browse other questions tagged modeling modifiers mirror sculpting multiresolution or ask your own question.

2
Deforming a modified Mesh to Match a sculpted Mesh with an extra Subdivision applied
0
Is it possible to make a mesh symmetrical without mirror modifier?
0
Detail from multires and mirror object
0
Jagged edges from joining with boolean modifier
1
How do I use dyntopo and mirror together?
1
How do I get rid of the tear in the middle of my object after using the mirror modifier?
0
Problems with the Mirror modifier
1
Non-Destructive Mirror of a Multires Modifier Sculpt