Animate an object along the z-axis in a sin wave

So I wanted to make an animation of an object where it bobs up and down along the z-axis, like a sin wave on a graph.

I understand one way of doing this with drivers, by which I add a driver to the z-axis of the object I want to move and then assign a scale, location or rotation to the empty driving the movement of the object (that was a bit convoluted I know, but it'll be better illustrated by the gif below).

Is there a different method that I can use to achieve the same animation, but not require the use of a driver (something that I have to move or scale)? I want to be able to control the intensity of the waves through the use of some simple maths. For example: Sin(x) (the red line) and sin(5x) (the blue line) have a different frequency in waves.

I want to be able to control the animation through using similar principles in Blender.

You can use the Graph Editor for this by adding Modifiers.

Simply add a single keyframe to your object's Z-Coordinate (right-click the property in the Property panel (N) and select 'Insert Single Keyframe') and then swap to the Graph Editor. 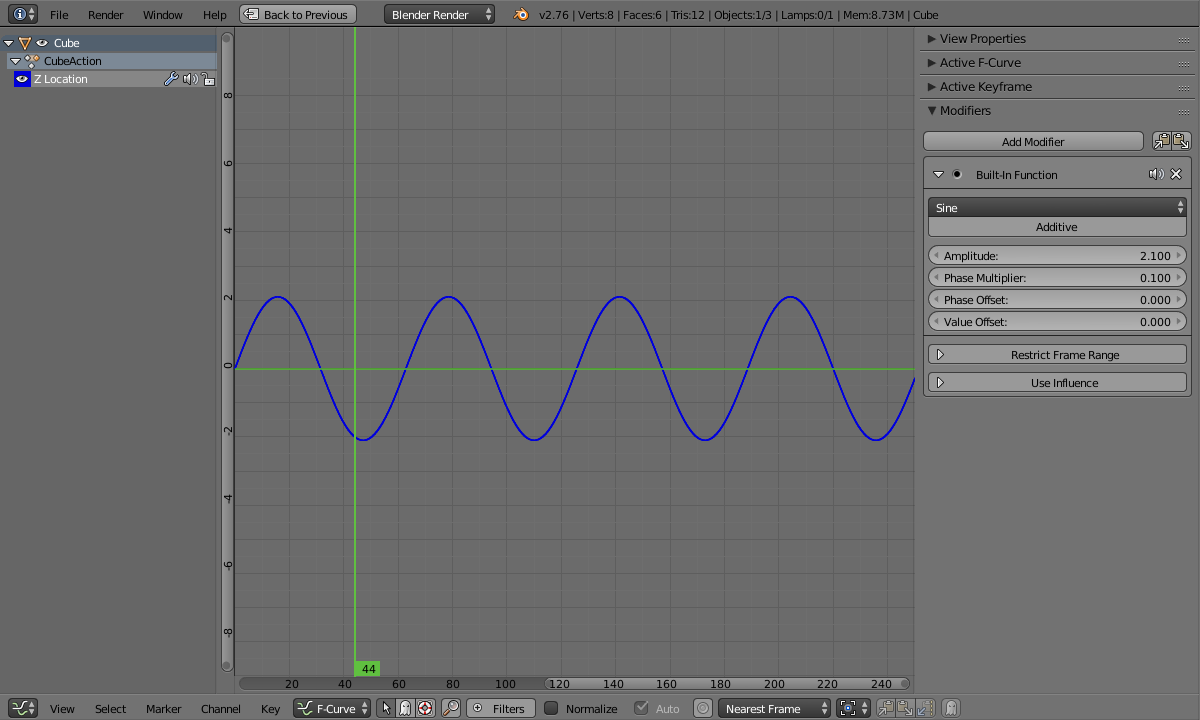 Not the answer you're looking for? Browse other questions tagged animation drivers mathematics or ask your own question.

0
pose bone drivers through python
3
How to get a Material property driver to update properly (2.78)?
3
Animate a travelling wave - graph view like an oscilloscope
1
Can a driver be used on shrink/fatten on a curve's control point?
2
How to drive camera's Y location with same camera's Focal Length
0
How to attach an animation to an empty
6
Rotate N objects identically, but with unique variations