(Edit 20 oct 2017) The first versions of the denoiser was having such abilities, with the option "Keep denoising data" https://wiki.blender.org/index.php/User:Lukasstockner97/GSoC_2016/User_Documentation It seams Luckas Stockner simplified it afterward to make the integration to the main branch easier. Unfortunately, I can't find any build of that version :/

Blender’s compositor has despeckle and other filtering tools that you can use on imported images. In fact you can apply these across the frames of an entire animation sequence.

You can absolutely do this using the Compositor as mentioned. It's not intuitive per say, but you import your image and reference it in the Compositor using the Node ref. Run it directly through the Denoise node and anything else you need. Then the non-intuitive part is that you render your scene, which will show you whatever is on stage, and then you'll see your image redone in the final window.

I use the Output File node to save it to the drive.

If you already have an entire image sequence rendered, you can actually import the image seq directly into the Compositor under the Input Node (make sure to select all the frames, it's not automatic), then feed that image source directly into your adjustments. 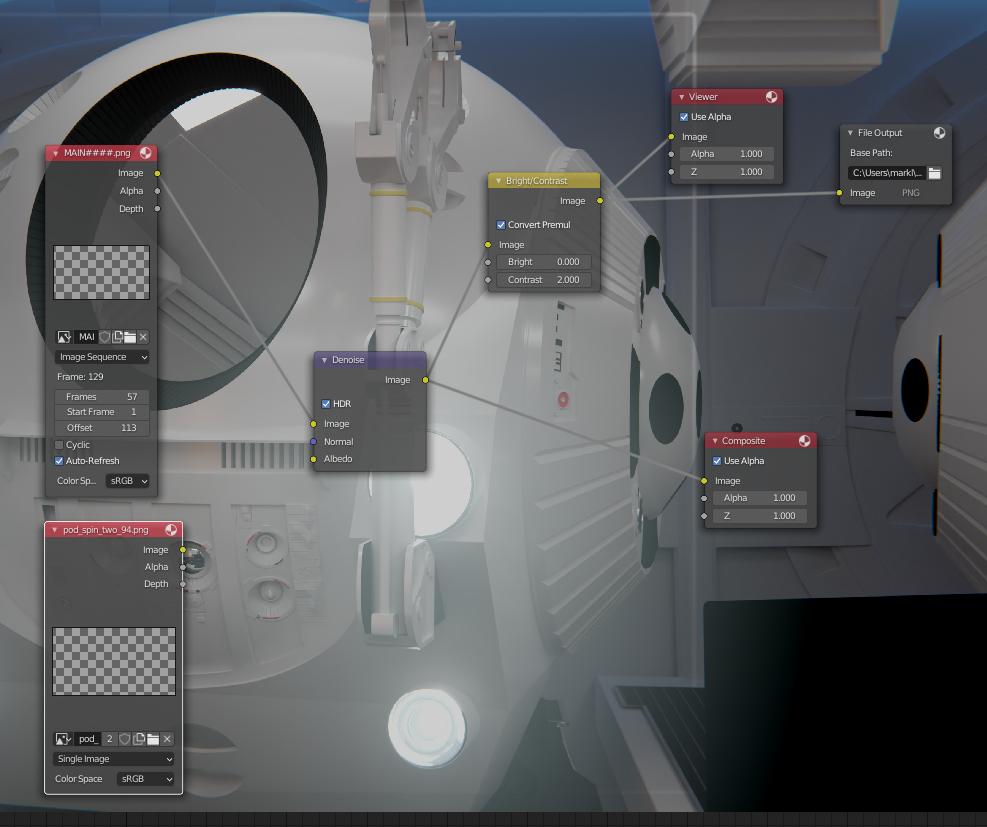 Not the answer you're looking for? Browse other questions tagged command-line denoise or ask your own question.

1
Denoise is missing in 2.79
1
Denoise is not showing in the Scene tab
1
How to use "Denoise" on a secondary rendered image
2
Blender Denoise and Glare nodes
0
Blender can denoise its own animations. Can it denoise a live shot?
2
Blender denoise node producing black image
4
How do I denoise an image sequence that has already been rendered?