How to: Exponential Fall Off for Volume Density?

I'm trying to create a photorealistic Earth Atmosphere. Several papers written on the topic of atmospheric scattering state that our atmosphere's density has an exponential fall off, with most of it in the 25% of the roughly 100km of its visible height.

How can I implement exponential fall off into the density of the volume scatter node? ColorRamp node doesn't seem to have exponential gradation. RGB Curves might not be precise enough. Is there a way to implement an exponential math function?

EDIT: This is the relationship between height (altitude from Earth's surface) and atmospheric density:

where $h$ is the altitude in meters

Is it possible to implement this math function?

EDIT2 : I see a grid like pattern appear in my atmosphere, from the edges of the UV sphere mesh, no matter how much I subdivide (it fades near the poles). Also, if I make the sphere much bigger than Earth, I get really weird patterns in my volume. Here's a link to my blend file

You can use Vector maths and Maths nodes to calculate the 'altitude' above the planet and from there the atmospheric density and use this to control the density of the Volumetric Scatter.

To achieve this, add a mesh around your planet to act as a domain for the scattering. The domain's centre should correspond with the centre of the spherical 'planet'. 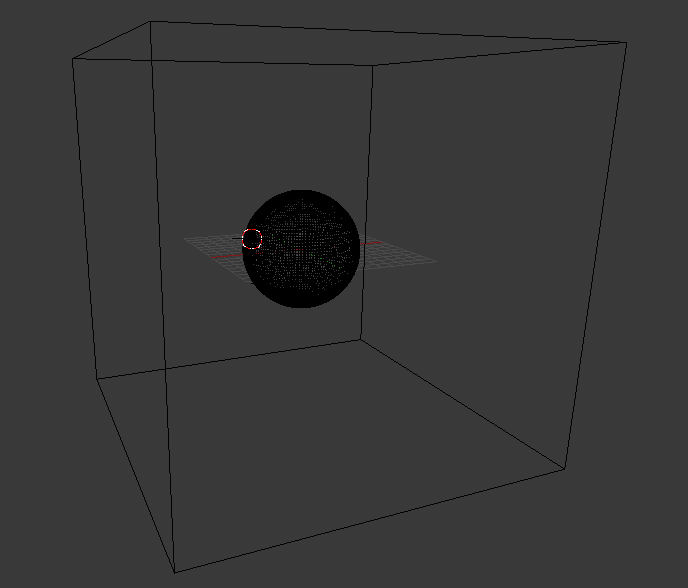 This uses vector maths to determine the distance from the centre of the planet. The Planet Radius value node determines where the atmosphere starts - it should correspond to the radius of the 'planet' object.

The 'Falloff Factor' determines how quickly the density of the atmosphere falls off - it should be negative and values closer to zero will provide a 'deeper' atmosphere (extending further from the surface of the planet).

The RGB node controls the 'color' of the atmosphere and the Multiply just prior to the scatter controls its 'thickness' at sea-level.

(Don't forget to increase the number of Volumetric bounces in the Cycles Light Paths settings.)

Note : I've also created a material using and Emission shader instead of scatter - faking the planetary shadow - and this is far more efficient than using Scatter. The vector maths are far more complicated than in the above material so I've omitted it here for simplicity. I can provide additional details if it would be of interest. 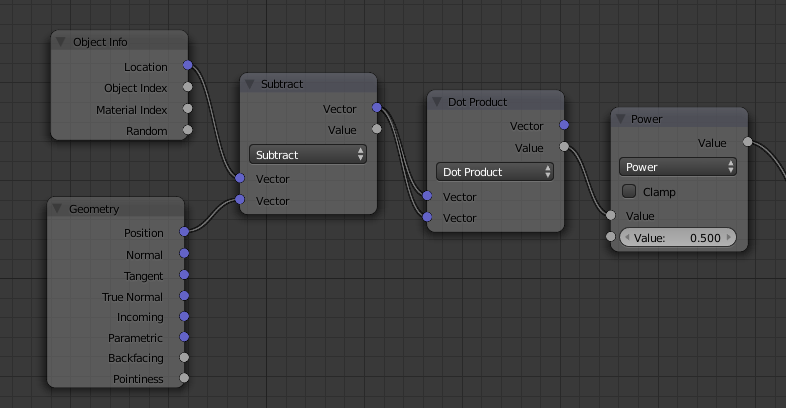 By subtracting one from the other we get the vector between the two points. The length of that vector represents the distance from the centre of the planet to the point in space and the Dot Product and Power nodes convert this into an absolute distance (rather than a vector). [Using the Dot product in this way (with the same vector connected to both inputs) produces the square of the distance of the vector. The Power(0.5) performs a square root, generating the actual distance.]

Next we subtract the radius of the planet. This will result in the actual altitude above the surface. 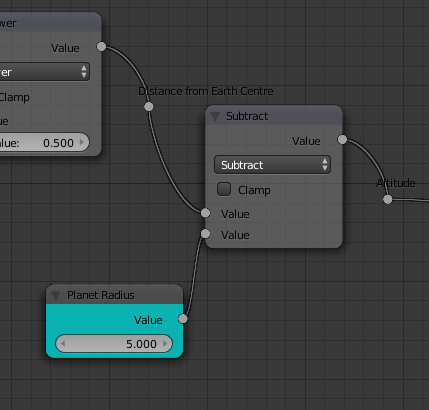 For the exponential falloff we need to use a Power node with the the first input set to the exponent (in this case '2') and the other input set to the altitude. For a 'falloff' we need a negative value and the Multiply node provides this as well as allowing the effect to be scaled. The final Multiply allows the overall density of the atmosphere to be adjusted.

As an example, if the Multiply node is set to $-1$, at the surface of the planet (0 altitude) the density would be :

At 1 blender unit above the surface,

At 2 blender units above the surface,

At 3 blender units above the surface,

ie, The density falls off exponentially.

Adjusting the Falloff Factor to larger negative values will give a faster falloff.

EDIT: With your sample Blend file the patterns you are seeing are a result of rounding errors in the exponential falloff being amplified by the 250 multiplication factor (you have an atmosphere that is dropping off very sharply conflicting with it being very dense). Using your sample Blend file as a start point, perform the following steps :

This should then produce the following result : 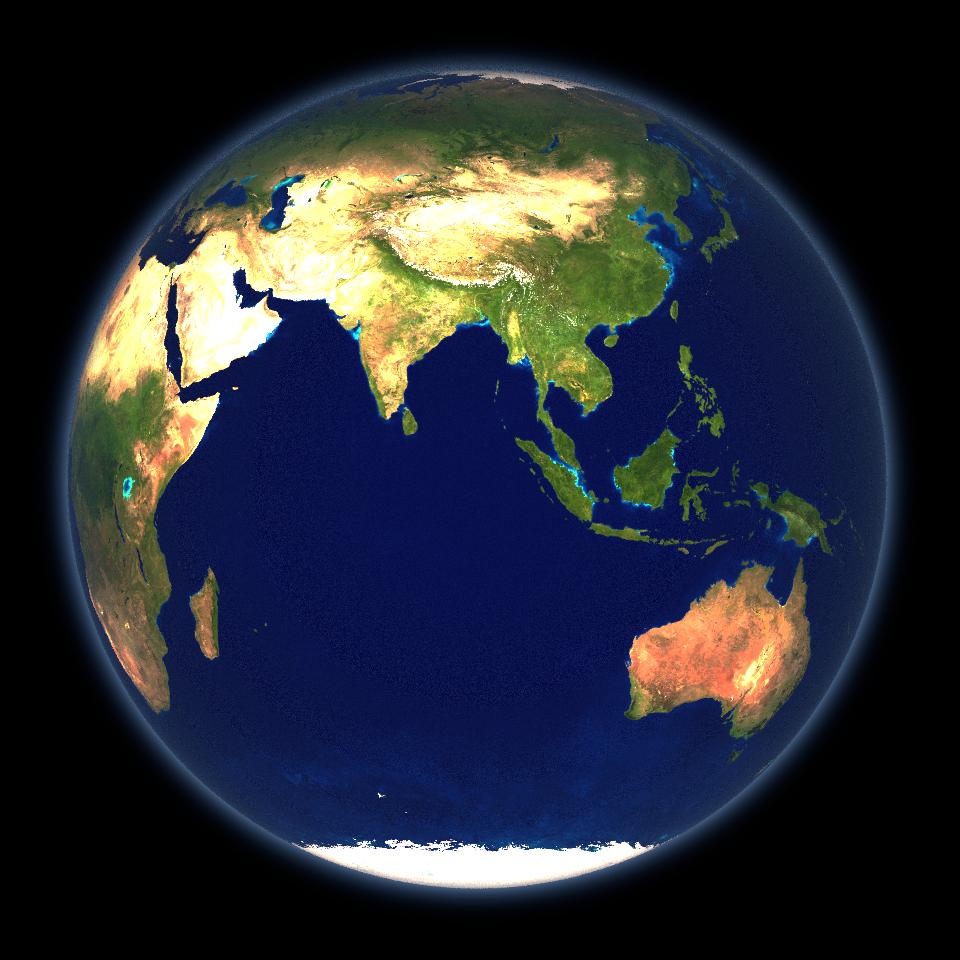 Not the answer you're looking for? Browse other questions tagged shaders volumetrics mathematics or ask your own question.

8
Controlling volume density
6
How can I change the particles density and its direction in volume?
1
Volume scatter without rendering the volume object
1
volume density stronger to the edges
2
Control density of a volume in a more methodical way