I'm trying to model a laser, and I'm using moving particles that are emitters. Using some motion blur, I get something that looks like particles going very quickly. However, I would like to give the impression that this is a laser, so I was thinking about making the particles move in a sinusoidal motion to make them look like little sine waves (a crude rendition of the particle/wave duality of light, I admit.)

I think that this effect should be achievable if I could make a texture field that would apply an up/down force on the particles. But, I cannot figure out how to define the texture used by the texture field.

here is what I have so far, showing the laser in red hitting a nanoparticle and ejecting ions (yellow/white). I am using the Cycles renderer. 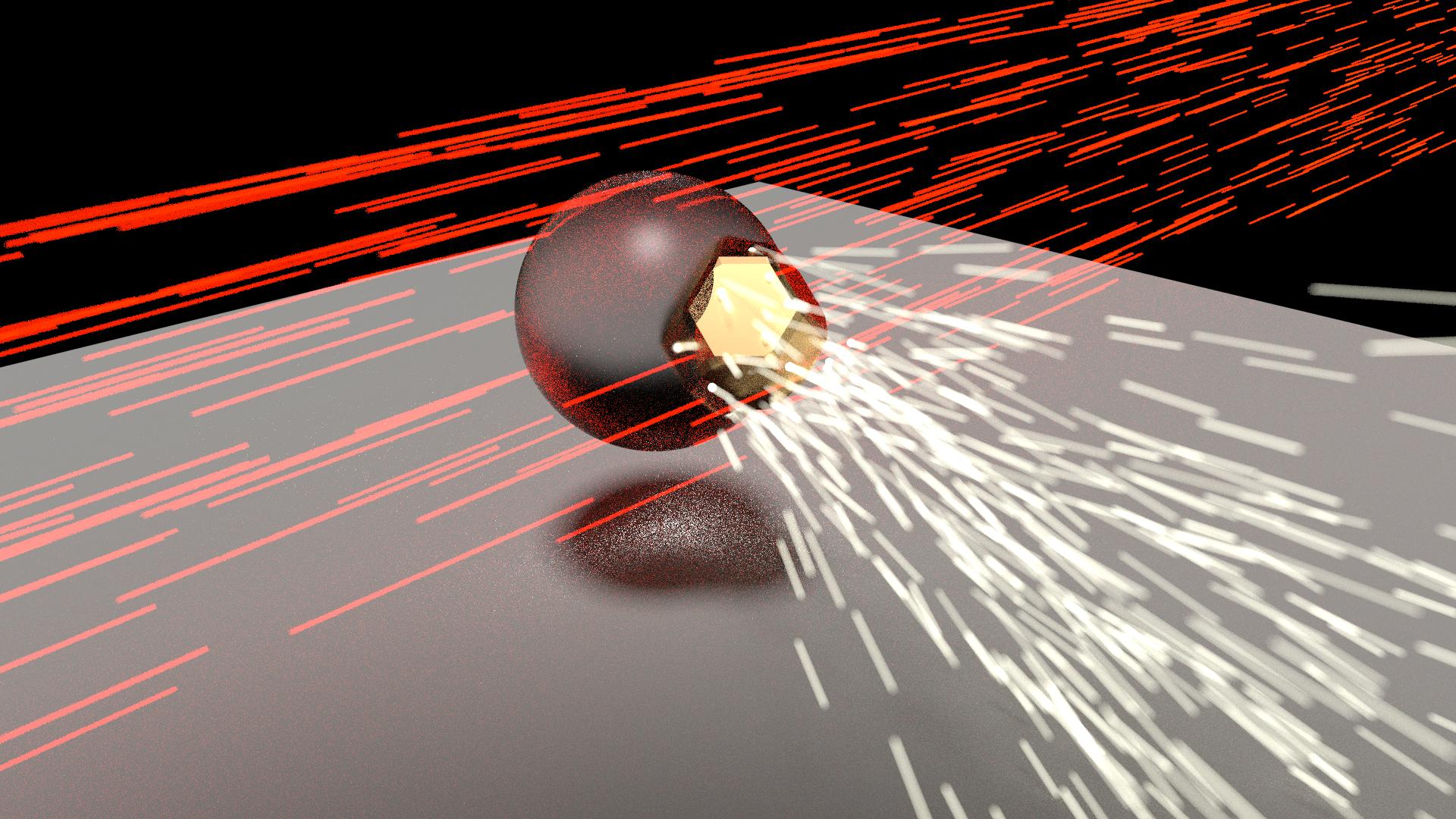 I would tackle this problem by using a curve guide force field where Kink is set to Wave. Frequency and Amplitude will help you to shape your movement.

I prepared a blend for you that illustrates the behaviour clearly and upload it here http://www.pasteall.org/blend/29048 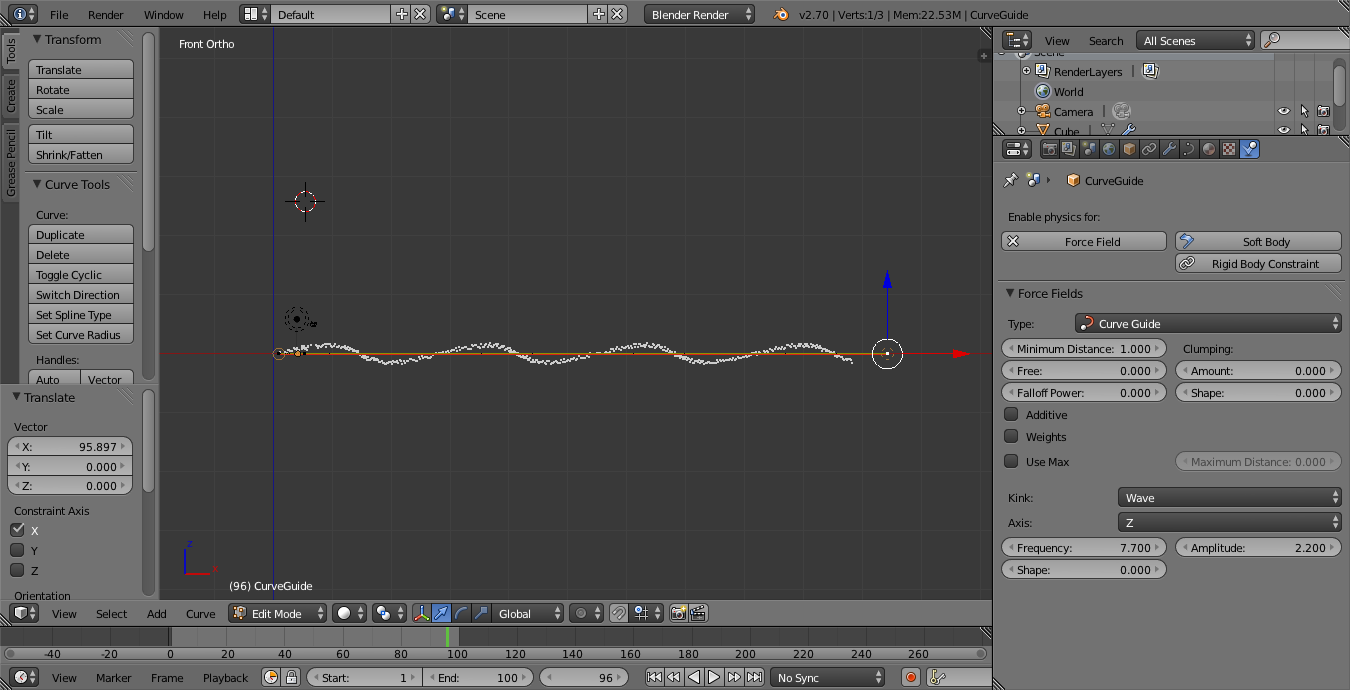 Consider that the wave kind is behaving like a sawtooth wave... so maybe you should form your curve guide like the sine wave you'd like to create.

Another way is to use a harmonic field... for a demo of this effect, look here: http://www.pasteall.org/blend/29061 The movements here are less uniform. If you need even more turbulence use the turbulence field on top..

create a sinewave with add->mesh->mathfunction>ZMathSurface setting the function as sin(x) (obtaining z=sin(x)) with x up to 6.28 (for one pulse),set number of x-divisions at 64 (or more for better resolution), y-divisions at 3 (the minimum) then edit the obtained (Z sinewave)surface deleting 2 of the 3 divisions on Y axis (Alt+RMB on the edges to select entire connected edges on a side). Now you understand why I used 3 Y-div... The resulting sinewave is still a mesh, you have to convert it to a curve (Object->Convert to->Curve from Mesh). I suggest to apply scale and rotation first you convert the mesh to curve. Once converted remember to check the Path Animation check-box in the curve's properties to enable particles following the curve field.

Not the answer you're looking for? Browse other questions tagged cycles-render-engine physics or ask your own question.

1
Animating the camera's focus during a render with motion blur
10
Make "gaussian laser beam" (object with variable radial emission profile)
6
Water ripples / waves on the surface of an object
3
How to adjust texture coordinates with a distortion texture?
1
Wave modifier doesn't work on my cylinder
1
Expanding Circle on Sphere Surface

lang-py
// TODO sg: TMP solution until we are confident in our current implementation of async imports // once we are, we can move the if into the js entry file and dynamically load the mark obsolete module