What techniques have been used to repeat geometry or other detail to the infinite horizon?

When I composed my first hopping cube video 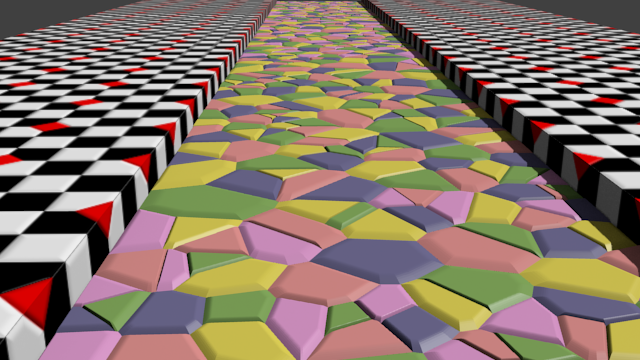 I would have liked to have the camera pitch up enough to show the horizon, except I didn't have enough geometry to extend the cobblestone street and the sidewalk all the way to infinity (mostly because that would require infinite stuff). Even in that shot it is clear that I need to widen the "sidewalk" to cover up the "sky"box. 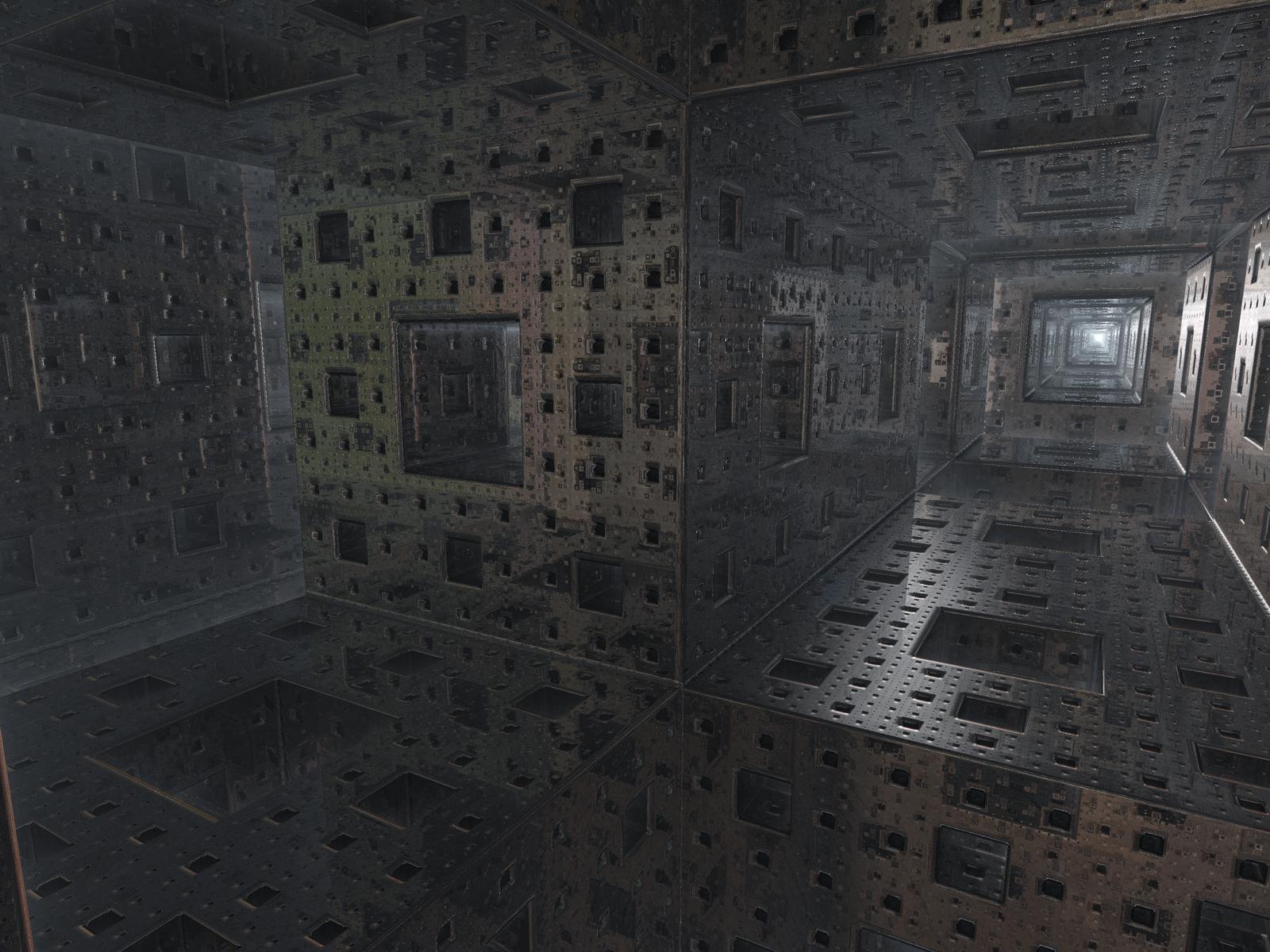 where the ray tracer can use the procedurally replicated geometry.

http://www.pasteall.org/blend/29031 is a failed attempt at faking out the horizon, even with low detail. It fails because lighting's interaction with the geometry gives it away.

Those are all dodging the question of interest to me:

What techniques have people used in blender to fake various kinds of detail repeating into the distance (instead of just obstructing the view of infinity)?

To give the impression of infinity, often it's not necessary to copy the object many times at all. you will notice that in the example image only about 8 or 9 repetitions are visible, the implied continuation of cubes is hidden behind a white glare.

Using this technique, you can duplicate fairly high-poly objects many times. In this example I duplicated a 4500 vert cube thing 100 times without any trouble. When I tried this with a straight array modifier (without the dupliface trick) the viewport was quite slow and the array modifier took about 30 seconds to compute. 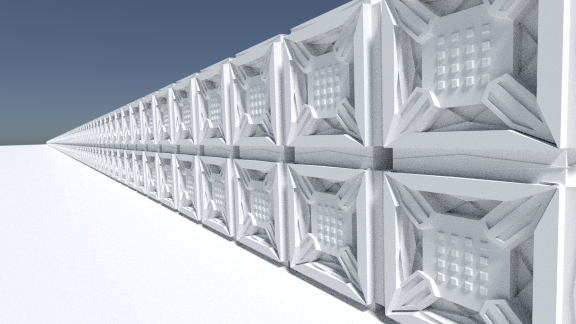 Cycles is actually pretty good at rendering large amounts of instances like this.

Note that depending on the scene, there might be other optimizations you can do, e.g. using baked texture maps and lower poly models for far away objects.

2
How can I reproduce the same mesh many times 9000 (seriously)
0
Is there any way to use instances using Array modifier?
11
How can I save memory in cycles when I have a lot of duplicates?
5
How to duplicate object with it's animation then relocate/rotate
2
Applying Array Modifier - Still instance?
6
Why are modifiers not applied to child objects?
2
How to rotate individual objects in an array modifier around their own origins
1
Creating a scene with huge amount of geometry
1
How can I make my file light weight?
0
How do I reduce mesh complexity?
See more linked questions

5
What is the easiest way to have a default “Good” lighting setup for cycles?
0
How to make the surface look smooth, i have used the modifiers