How to add a texture color specificed "glow" to a HUD panel?

I've been trying to figure this out,
I'm using Blender 2.79 and the new Principled shader but it doesn't have an alpha channel or an emissive channel built in (yet?). I can accomplish what I'm trying to do below in C4D but I'm trying to switch entirely to Blender. I have a material that's called "glow" that gets applied to HUD and LED
type panels in a spaceship which has an alpha channel.

Here's a wide image of my node setup

I'd like to have the emissive match the color of the diffuse map (minus any black) and have the alpha applied so only the color in the diffuse is emitting light for this material.

If I have to create a modified tiff from the diffusion with alpha texture to make one specifically for emissive that's okay.. just want to know how best to accomplish this?
Thank you very much!
I'm new to blender and it's absolutely amazing! 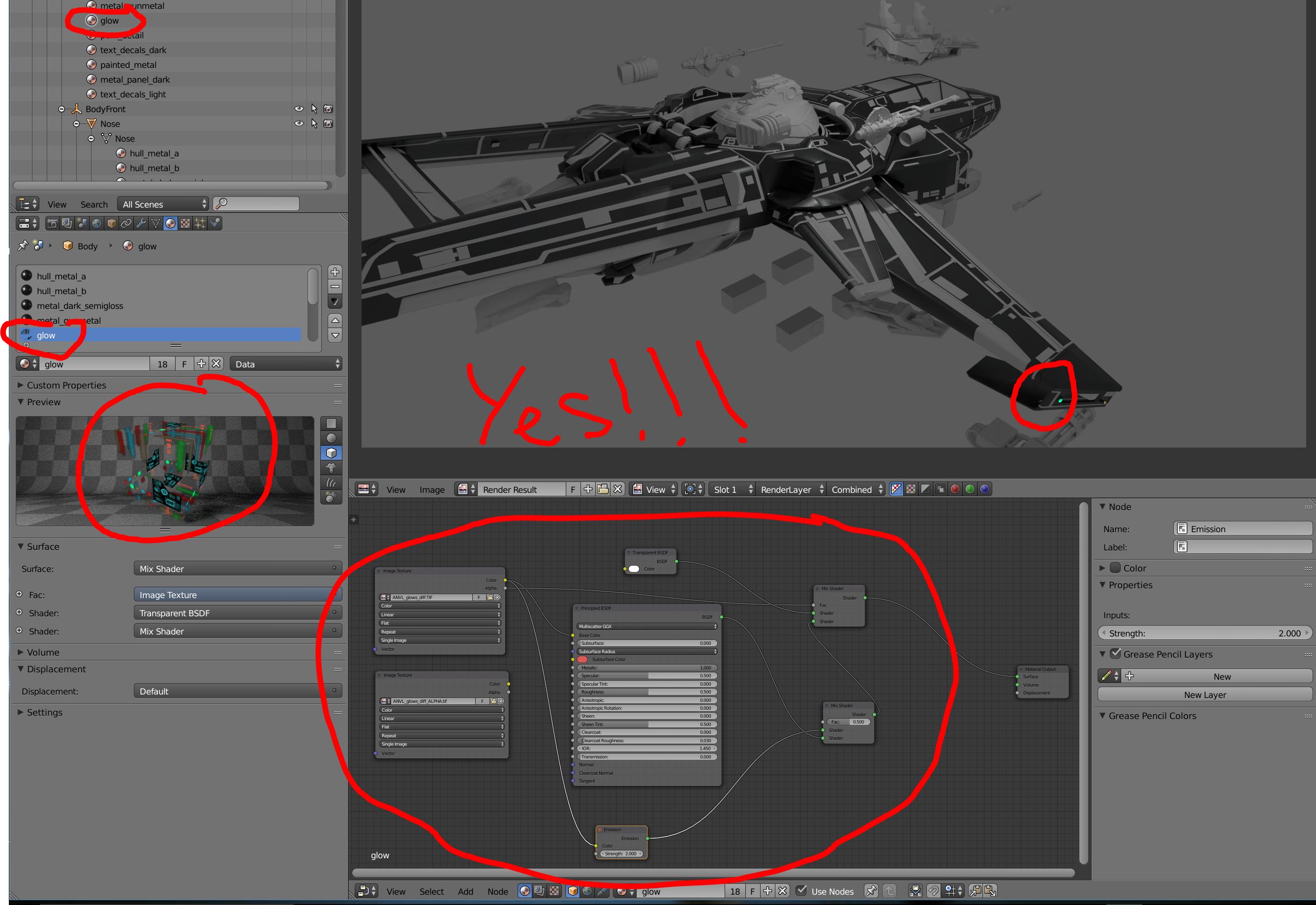 4
Material Editor: Generate mask from color ID texture
3
How do I create a shader that is partially emissive for a particular colour, but diffuse if it's grey?
6
Why are my glass reflections so far apart?
2
How can I add a texture with an alpha channel without affecting the base materials opacity?
9
How do I get transparency to work with the Principled BSDF shader?
1
How To Make Volumetrics Round?
1
Blender Python Script - Add Base Color Alpha to Principled BSDF Alpha and change Settings>Blend Mode to Alpha Clip for all materials In Collection