how to fix this fluid simulation

It's my first post in here, so I hope a friendly soul wanna help me.

I got this problem with my fluid inside of my obstacle. I want to "flood" my pumpkin head from inside out, to force the "honey"-fluid to come out from the mouth or so..

you can find my project here:

It seems like though, that the obstacle has an "invisible" "fill" or "wall" inside of it... 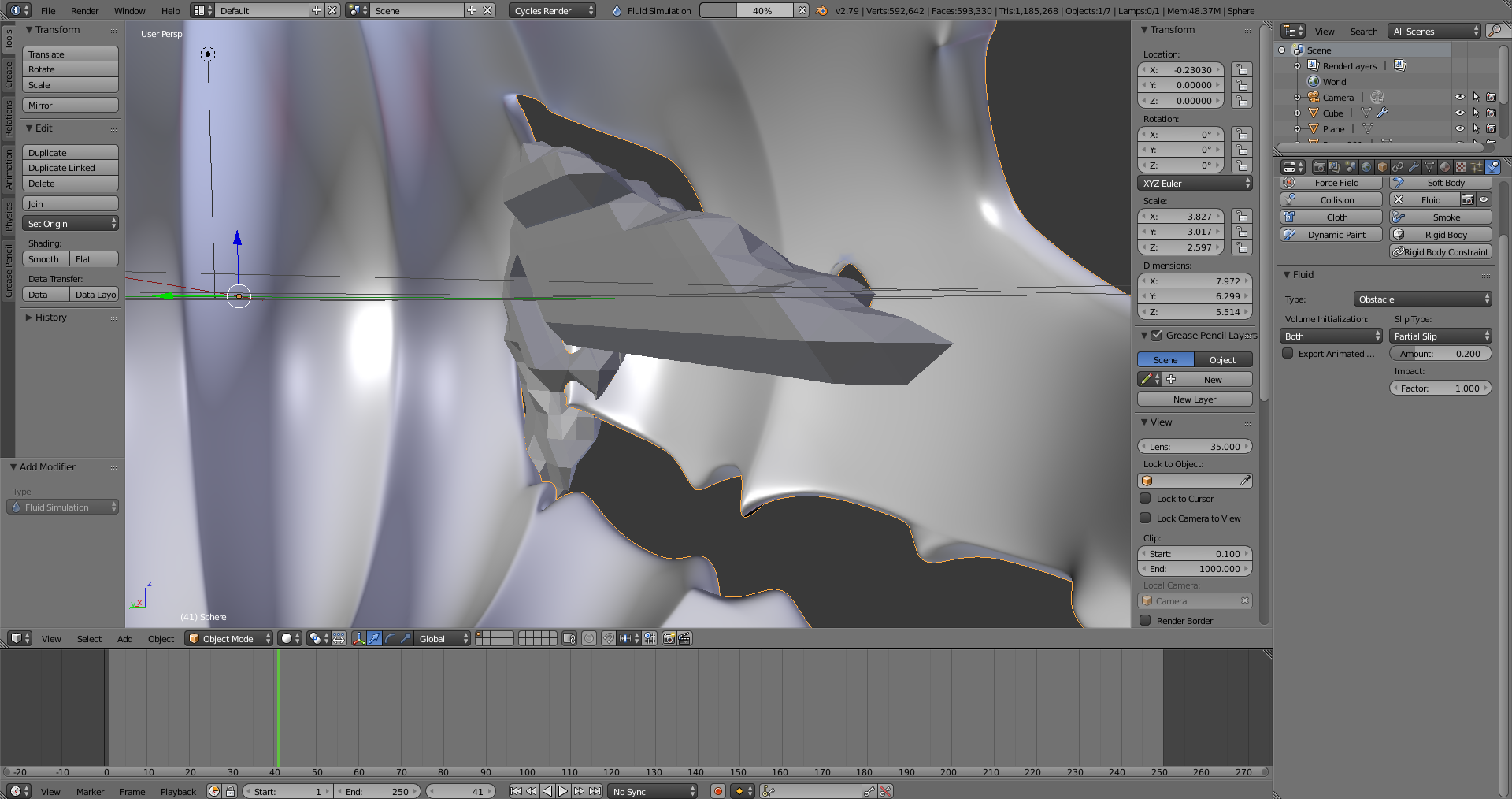 I have already tried to adjust different things on my fluid simulator, but, nothing seems to work out for me. I'm new to blender, changed from maya, so maybe it's just a stupid mistake I have overlooked.

I tried your file, and noticed the "obstacle" (which has unapplied scale, as the domain and fluid too) was really a high detail mesh... but had 2 "geometry creating" modifiers not applied:

that gives over half million polygons...

(note I uploaded - valid - images but atm I they don't show up... I guess imgur.com has issues... I'll fix this later if still needed. edit: now they seem ok.) 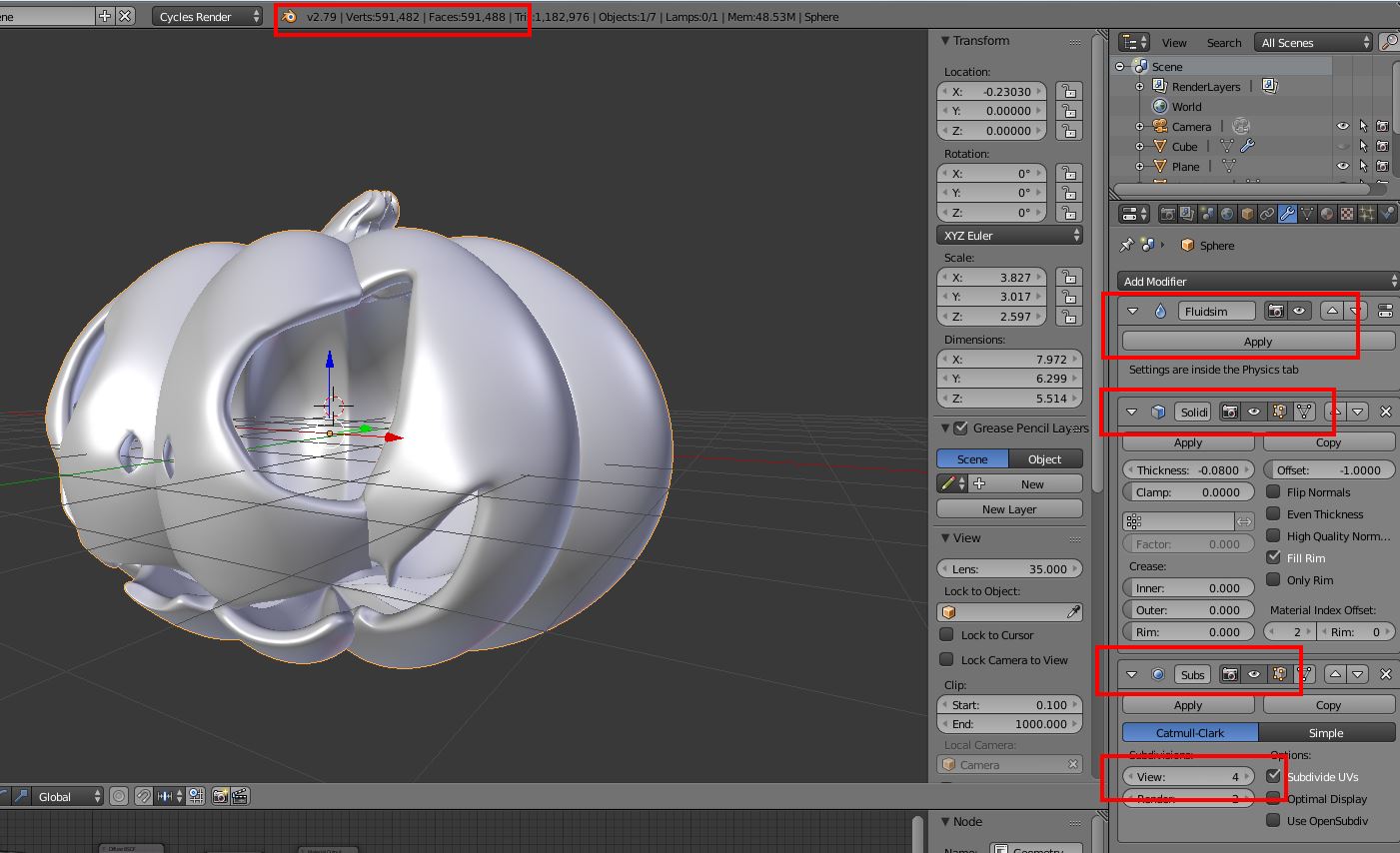 in order to check the mesh as the simulation could see it, I initially applied the solidify modifier, and inspected the resulting shape with the 3d print toolbox tools ("check all") which gave a lot of issues, and you can easily see that your solidified shape has many badly topologized surfaces (due to the modifier).

It does not seem that bad, at first glance, but since you later add a c/c subsurf (level 4) to this, the bad surface just becomes more smooth and detailed, but if you disable the c/c subsurf modifier, it is easy to spot several part of the mesh that have that bad topology

this kind of (resulting) mesh issues can easily give bad fluid sim results, imho. I would try to

and/or practice with a much simpler obstacle mesh (think of a basic cube with a simple square hole), to be sure the simulation is correctly working with that, and only then, replace the obstacle with something more complex (but with good topology).