How can I change the frame range in an alembic file?

How can I change the frame range in an alembic file?

I have an alembic file from Houdini and I want to use only part of the simulation in Blender, so I can't figure out how to take the necessary part (like from frame 150 to 350) and put it on frame 1.

If I got what you ask, here is a way that seems to work: I created a simple blender cloth sim, a cube with hooked vertices, 50 frames long. Then, exported that as alembic.

After I opened a new default blender file, deleted the default cube, and imported the above .abc file.

I got the object in my new file, and the animation worked thanks to a "Mesh Sequence Cache" modifier I found for my object; also my new file frame range has become 1-50 (it was, as default, 1-250). 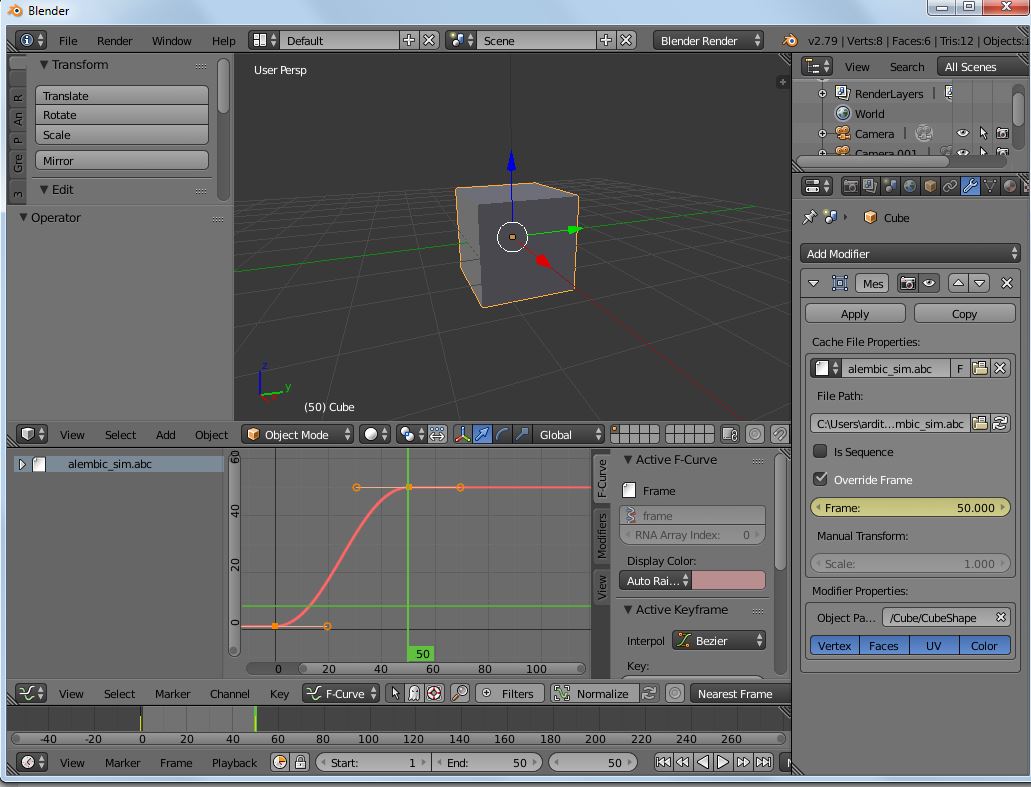 Now, in the NLA editor I have a new "action" 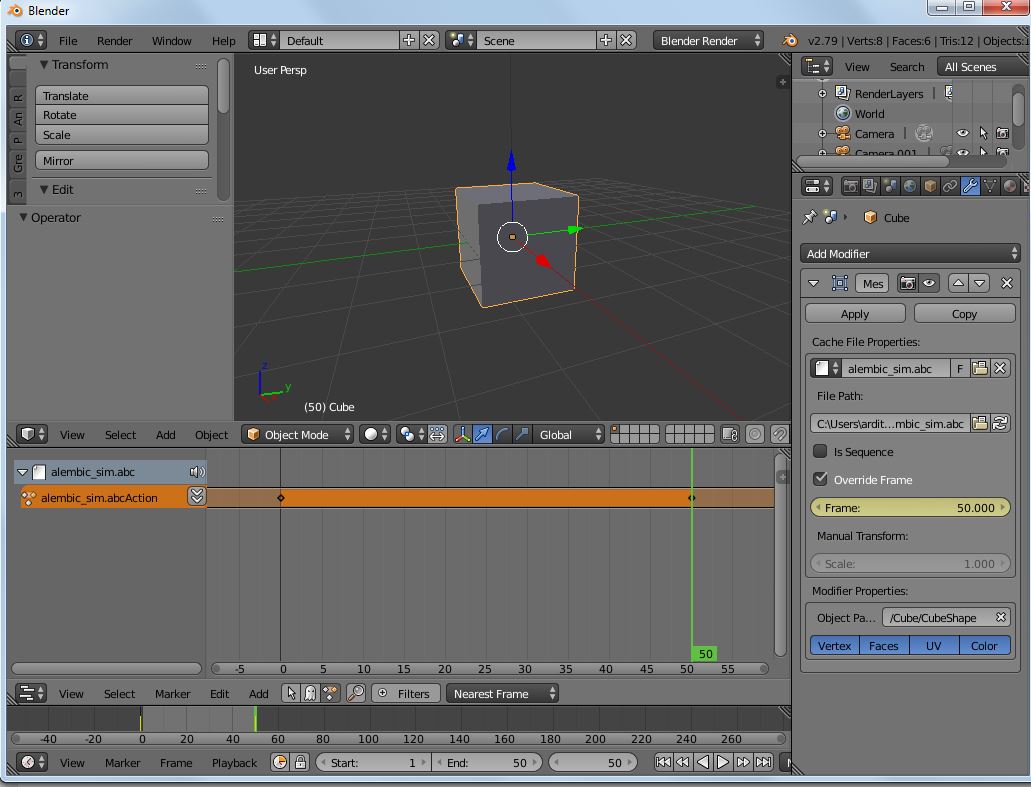 that can be converted ("pushed") to a "strip" using the double arrow button. 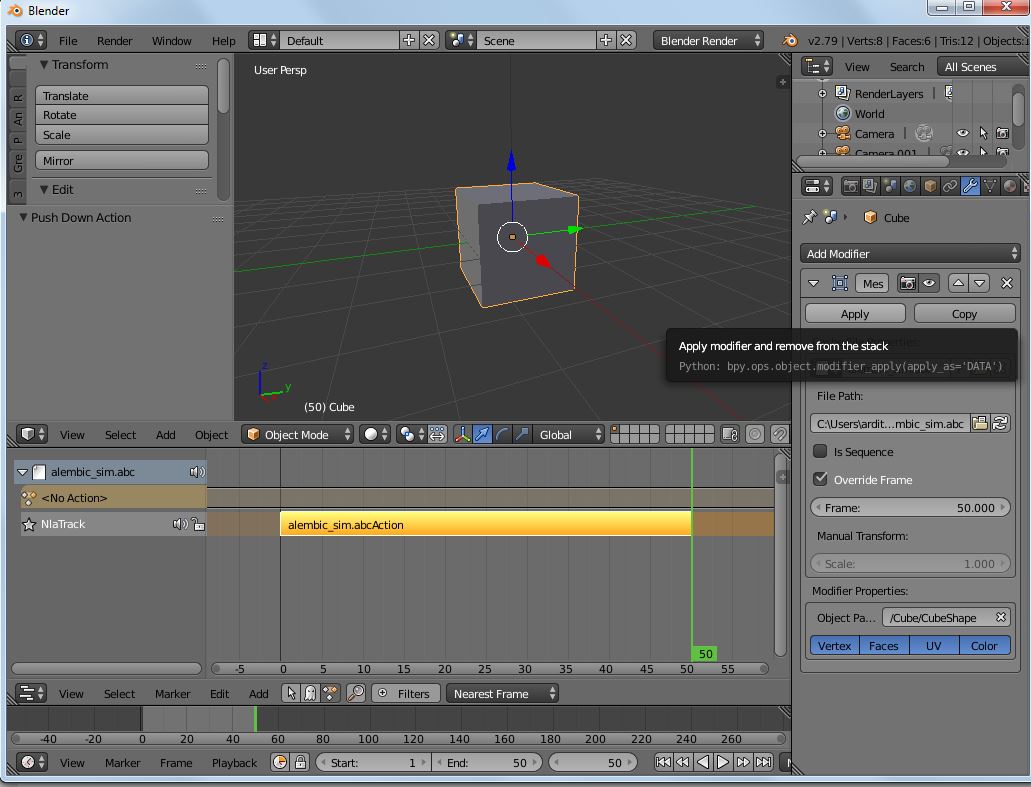 After that, you get a strip, which can be moved anywhere in the timeline... 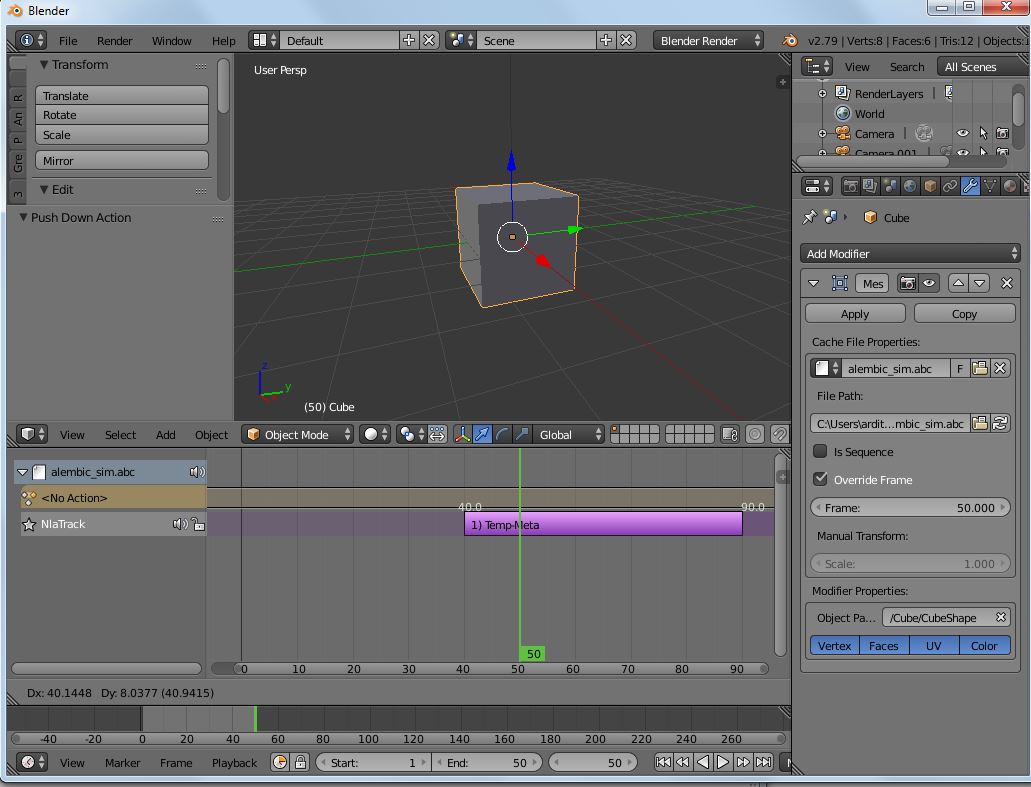 here it is starting at frame 40, and last until frame 90... (of course before I extended the blender frame range to somewhat higer...)

Not the answer you're looking for? Browse other questions tagged alembic or ask your own question.

2
Is it possible to export a sequence .abc (Alembic) files and then reimport it with the Mesh Sequence Cache modifier?

3
how to know what has been imported after alembic import
0
How can I export baked fluid simulations that work in Xcode?