Not sure if this is the right subdomain to post in.

From the linked answer (https://blender.stackexchange.com/a/21809) you have the following image to show the compositor node setup : 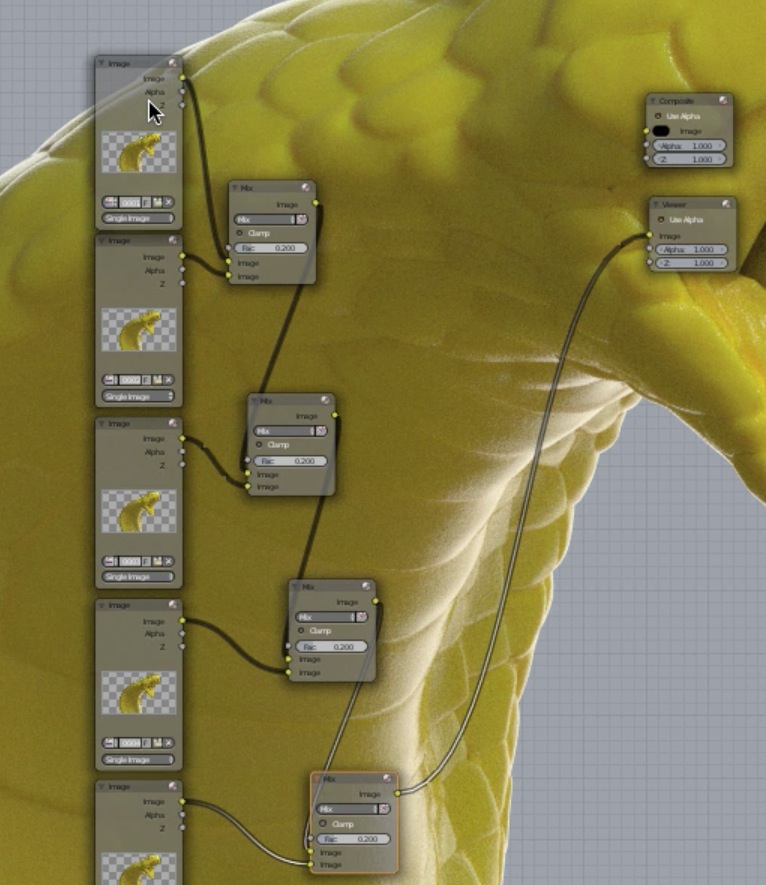 While this might intuitively seem wrong, it is actually correct due to how the images higher up the chain actually proliferate through multiple Mix nodes.

Starting at the last image 'mixed', this is included with a mix factor of 25%. As expected, this will contribute 25% to the final result. This means that 75% of the final result will be contributed to by the remaining 3 images (A, B, C).

All we've done so far is expand the mix nodes to represent the percentage of each output that contributes to the output, bearing in mind that the two percentages must add up to 100% (so if one image contributes 'x'% then the other must contribute '100-x'%).

Now, we can multiply the percentages into the braces to expand as follows :

As mentioned in the linked answer, the same result could be achieved by using Add nodes to add the images together and dividing the result by 4. 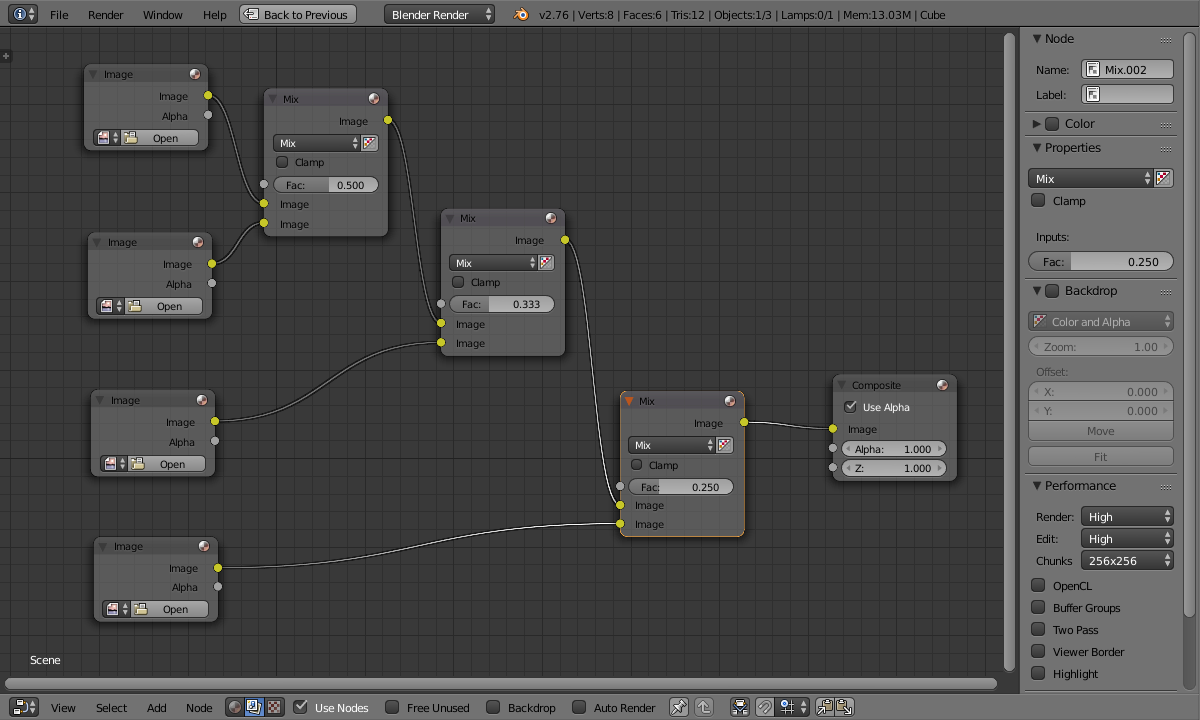 Is equivalent to Add and Divide nodes (again, note the Factors set to 1.0) : 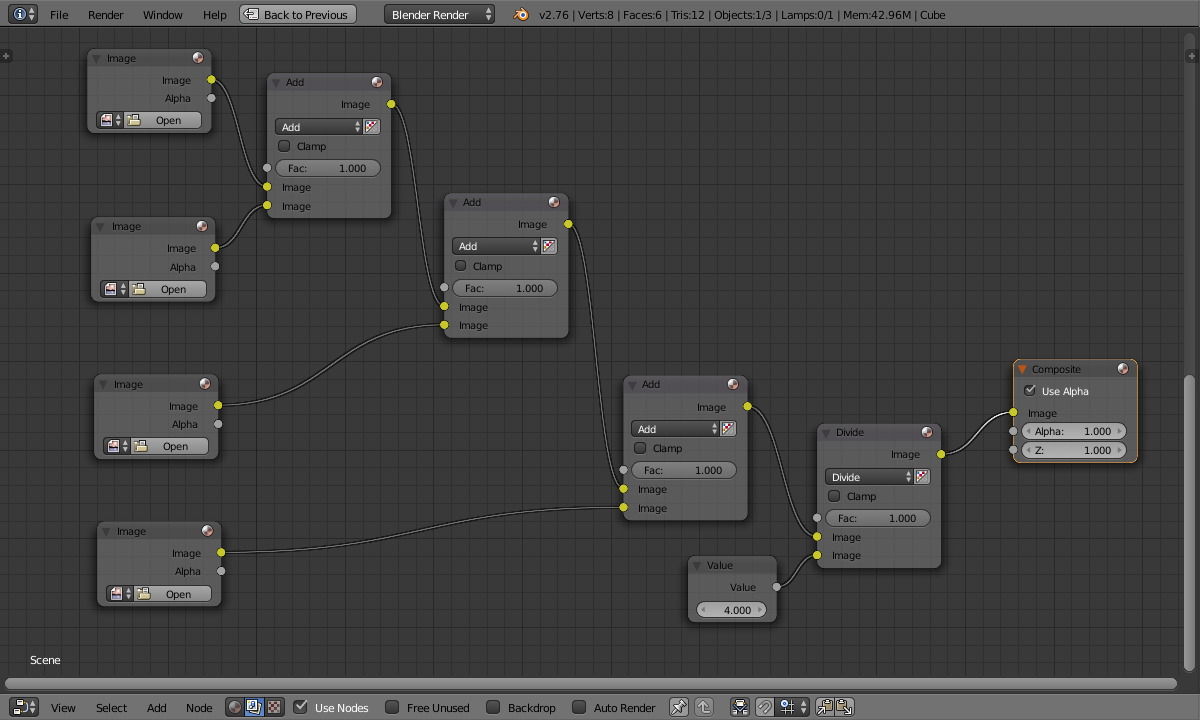 7
How to combine low sample renders?

8
Setting the DPI value in rendered images
1
How to use mirror ball to light a scene?
0
Combining two IMAGES so they fade into one another in a gradient or transition
2
Quickly Save multiple images
1
Importing Images as Planes
0
Images as Planes - Error/Blank - Blender 2.8
1
Planes don't show assigned colors/ images