I have followed the setup in 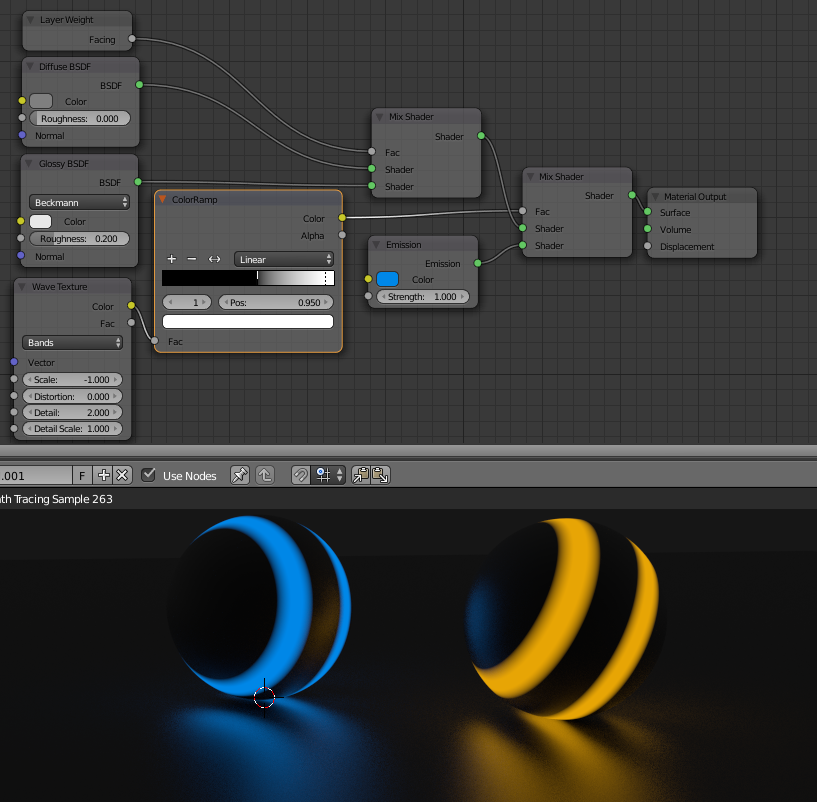 and got the expected result (bottom part of image).

However, if I duplicate the sphere, all the spheres will have the same colour and same wave texture (say, 2 of the blue spheres in the above image - but not, one whose wave texture is rotated - eg. the blue and yellow spheres have a wave texture that is slightly rotated).

I then used a mapping node as in the following:

connecting the vector output of mapping to vector input of wave texture (and changing the rotation of the mapping node).

This does change the rotation of the wave texture, but I have to manually specify the rotation and each sphere needs a new material.

So how do I have a single material that has a random rotation on the wave texture?

EDIT: I tried to "group the above node tree, apply it on x and y values (just as above) then the output of that applied on the x and z and finally the y and z", but none of the combinations work as I would like. I have linked to a blend file containing my trial and errors

You can use the Object Info Random Output as an angle for rotation of the texture in one or more axis. I understand your problem is that the mapping nodes doesn't have input, you can however use rotation transformation matrices to compute the vector manually, in one axis (z), it looks like this: 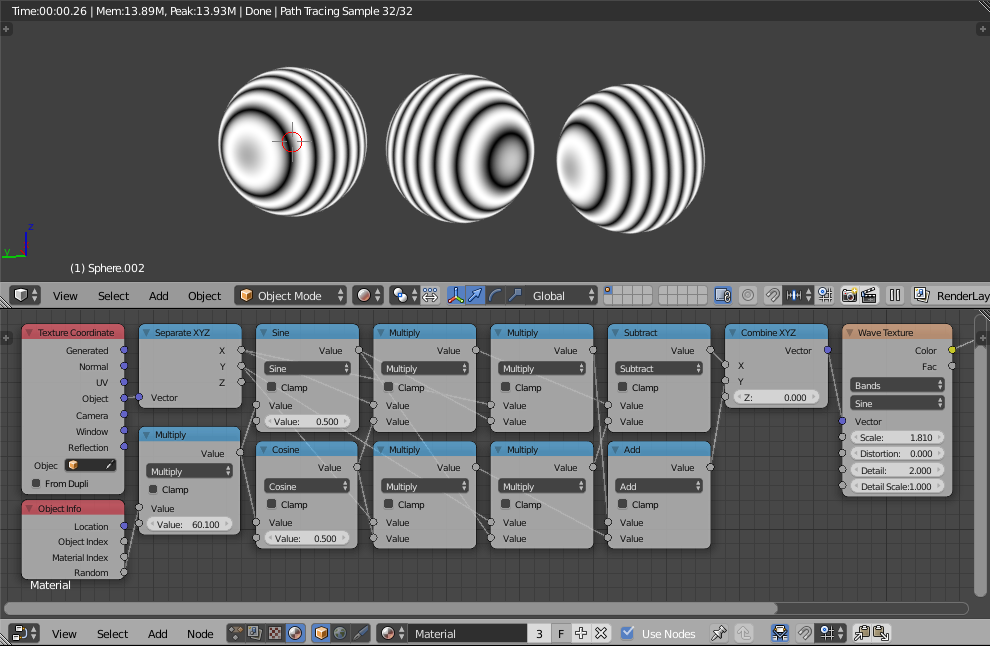 In three dimensions you can use the 3D Rotation Transformation Matrices to get: 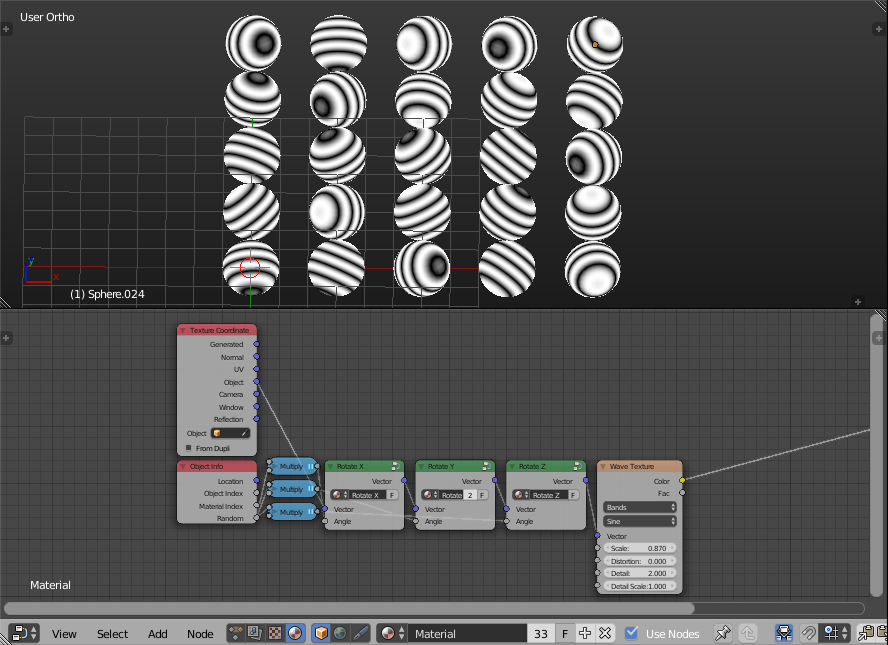 The node tree is big, so here is the file to study it:

Not the answer you're looking for? Browse other questions tagged cycles-render-engine texturing vector-mapping or ask your own question.

13
How to align wave texture perfectly?
11
Procedural texture for longitudinal lines
1
How does texture mapping work in Blender?
0
Values to straighten wave texture?
0
Creating rings with wave texture?
1
Spotlight Texture from object mapping?
5
How can I rotate a spherical texture without getting a distortion?
2
Mapping node is not showing texture