Torch not showing an emission node

I have recently been working on a Minecraft animation. I wanted to use a torch to light up the inside of my house, but there is no emission node in the node editor. It works on blocks such as glowstone, but not on torches. I have tried creating an emission node but it messes it up. I am following a tutorial from Black Plasma Studios on YouTube (12:30 seconds into the third episode). Please help. Tell me if you need more info. 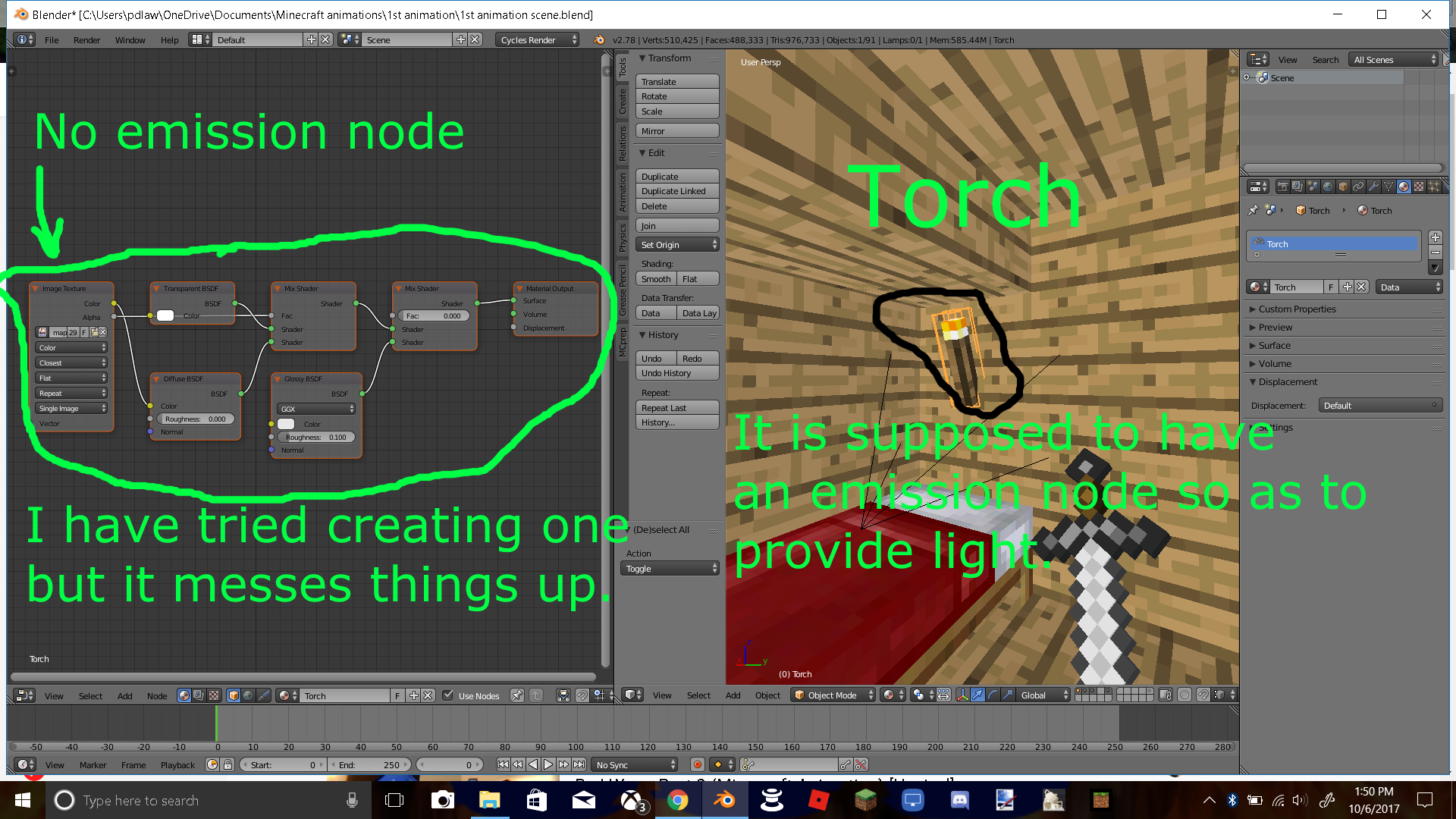 This isnt the best way for this but it should work for what you need.

The problem with the set up below is the brown stick part is also illuminated not just the fire part. The best way to do that is to have 2 different materials one for the stick and one for the fire (with just the emission on the fire.) Or you could use a vertical falloff ramp but that may be overkill for what you are looking for. Hope the below set up helps you.

Or you can skip this whole step and just put a point light where your torch is.

Here is a way to set up the nodes so as to make the handle not glow. This is specifically for ZeFluffyNuhpkin. 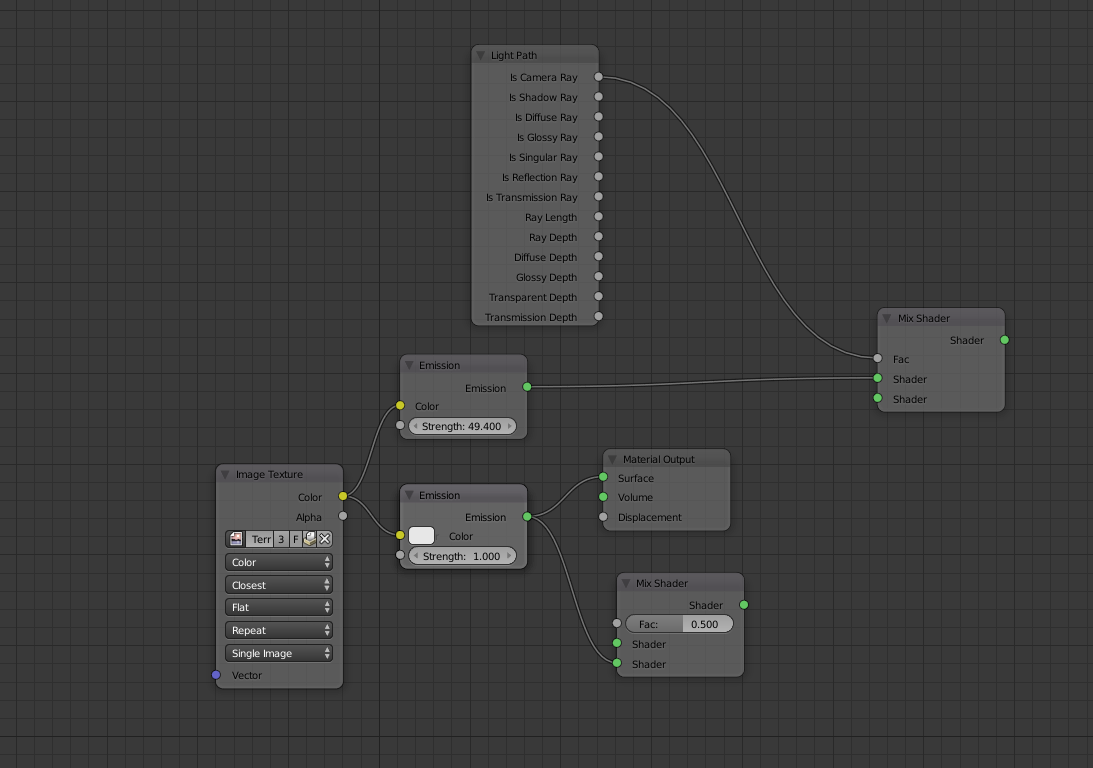 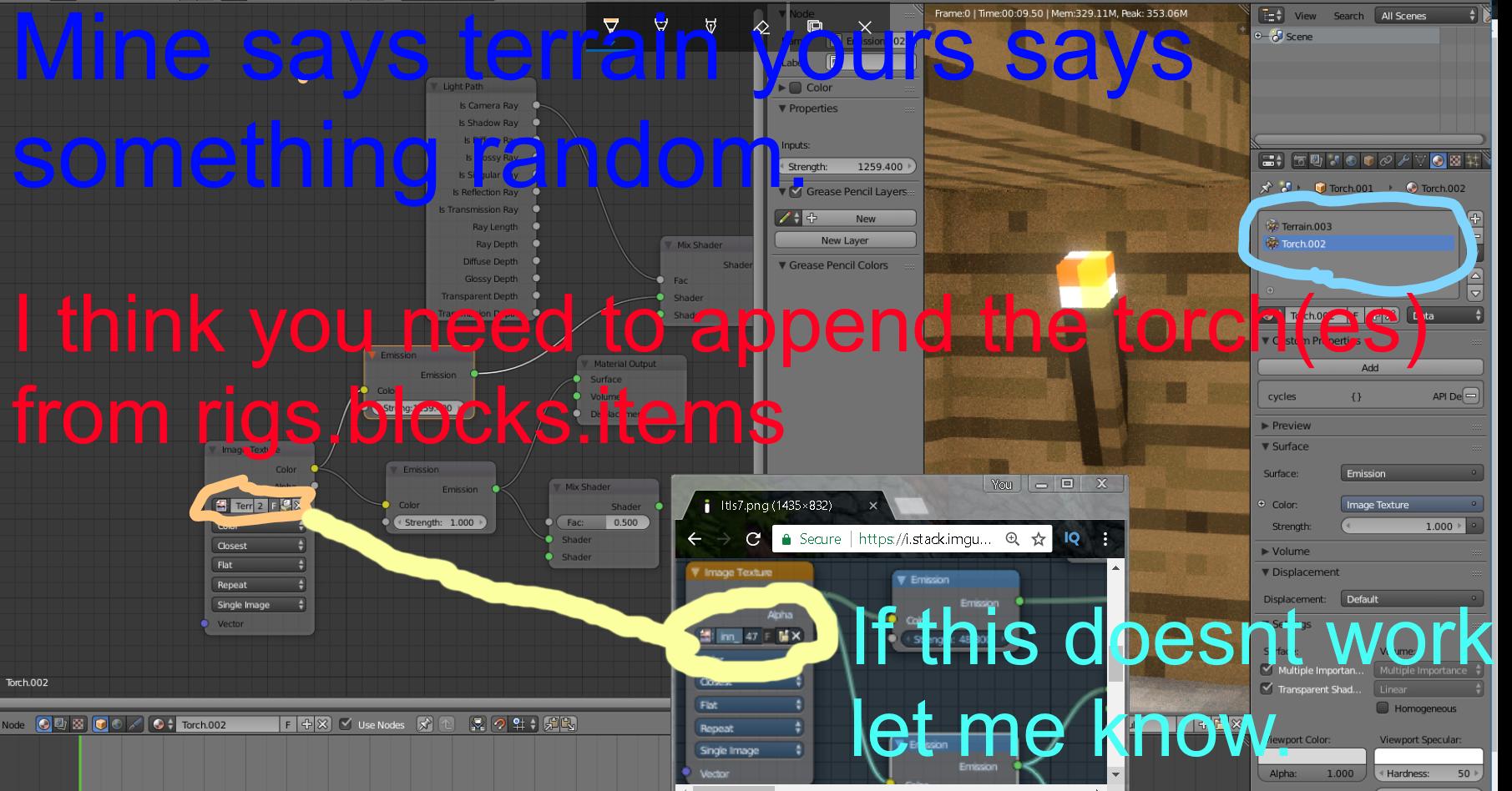 Just try this on one torch and see if it works.

This will be a fairly lengthy reply. (BTW someone named David turned my reply into a comment. This is helpful to the question David. I think.)

1.) My "something random" says "inn" because that is the name of the scene I am working in. The animation I will hopefully create is set in an inn/bar.

2.) When I created my scene in Minecraft I had placed down torches in game and brought them into blender using Arbiter 617's tutorial instead of appending the torches manual. I appended a torch along with "Torch point" and "Torch flame" as shown here.

As soon as i did this and rendered it out i got a glowing torch (I don't think that "Torch Flame" is needed.) 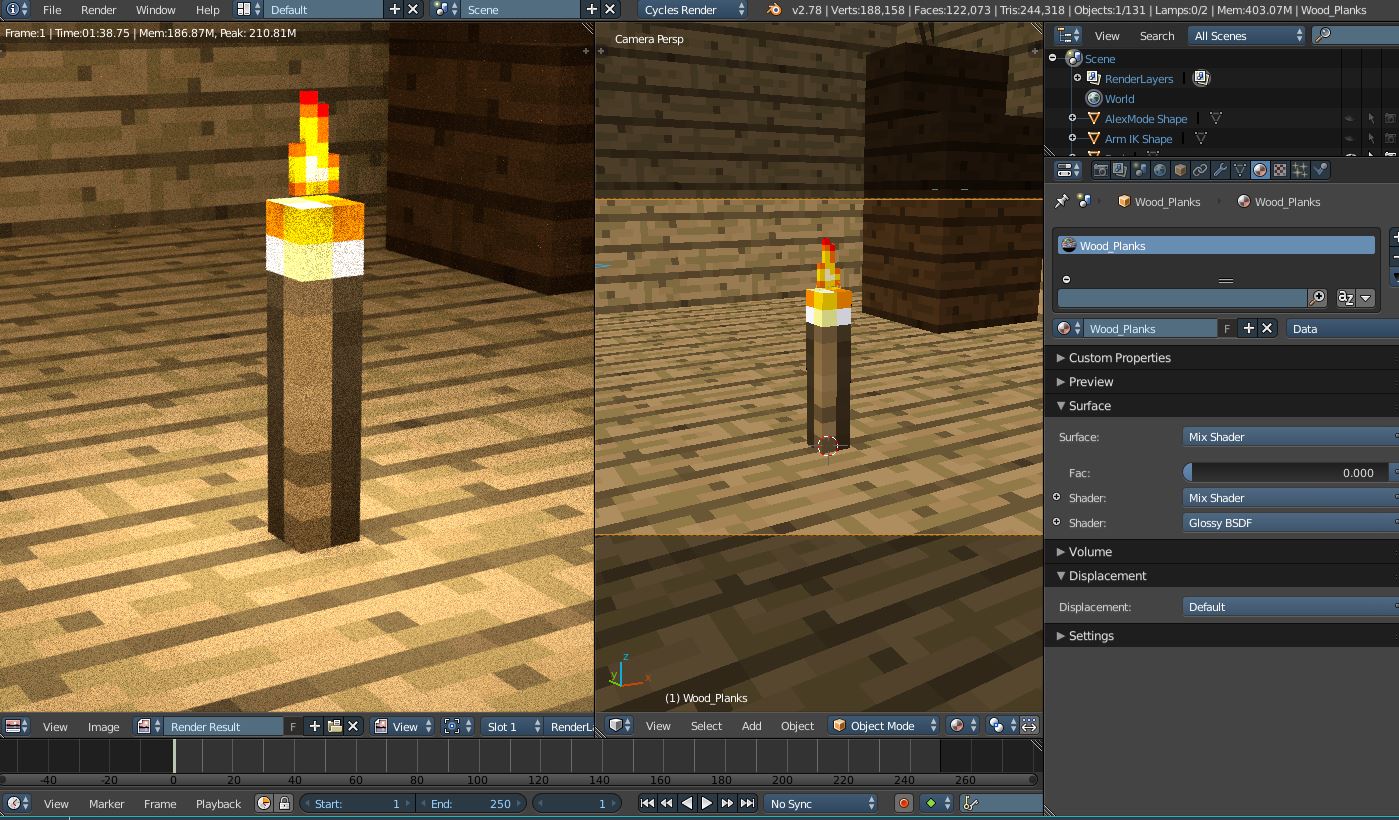 The "Torch point" must have been a point light that you can append with the torch to make it glow like the chest and chest bones. I probably need to delete all of the torches that are already on the walls and replace them with there appended lookalikes with the "Torch point" attached to each one, like the chests. (do you happen to know a shortcut to replace all torches with there lookalikes instead of going to each one, but its fine if you don't.)