Before continuing I need to clarify that I'm not interested in "baking" solutions or those involving UV mapping and looking for a python alternative that can properly map the Generated texco to image x,y grid. Also everything below is done in Blender Internal. 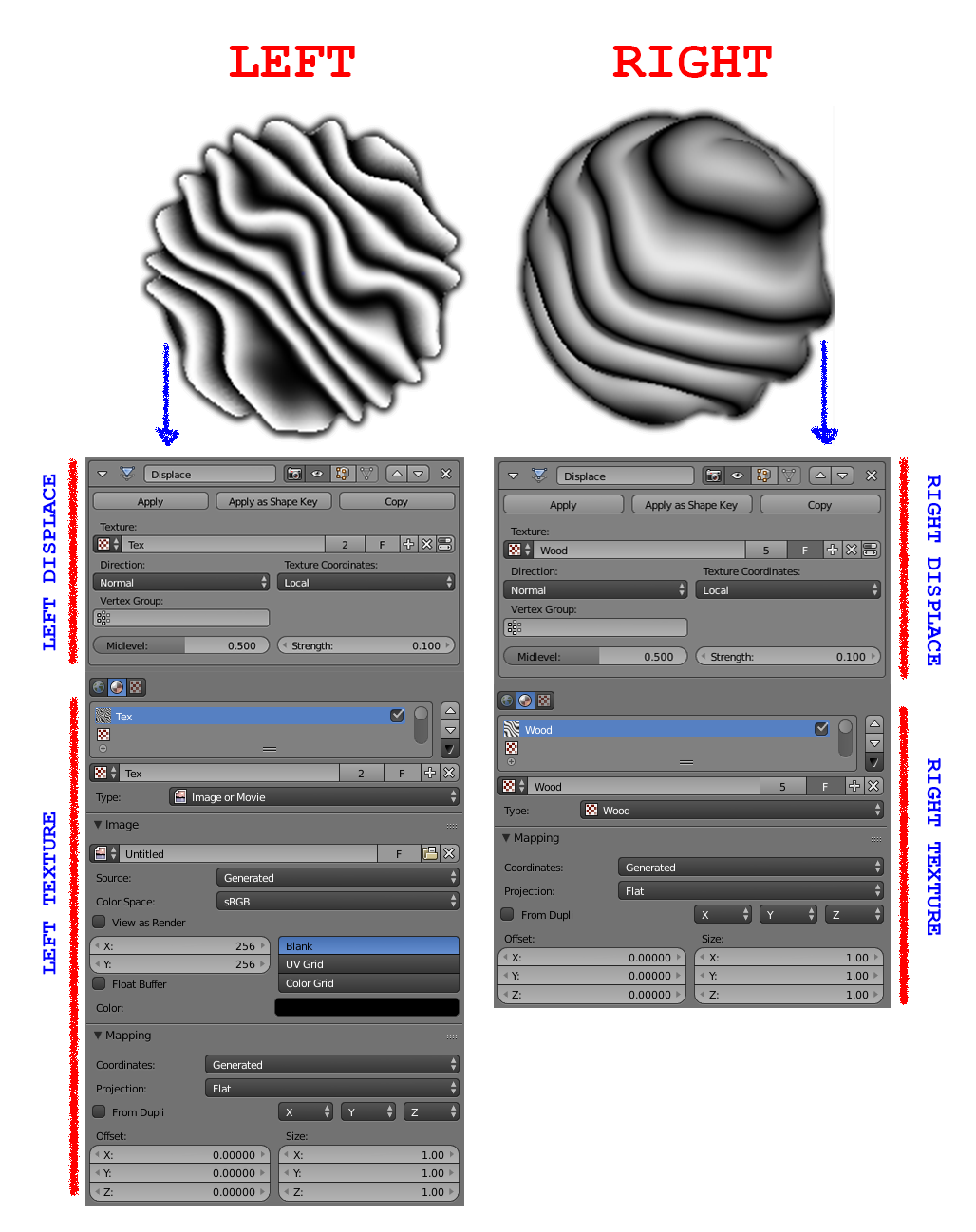 I have two objects with identical geometry. The first object on the right, object RIGHT is being displaced using a procedural texture with Local texture coordinate system. For the material texture I'm using the Generated mapping which perfectly corresponds to the Local texture of the displacement modifier.

The second object on the right, object LEFT is being modified by a displacement modifier using our saved image texture (from procedural), and similarly has a material texture with Generated coordinate system corresponding to Local coords of the modifier.

This image texture used for LEFT is the sampled version of the Procedural texture of the RIGHT.

I've been able to generate this image from the procedural texture using the evaluate function from the API. The code generating the image is below:

Resulting in the following for a 256x256 image. 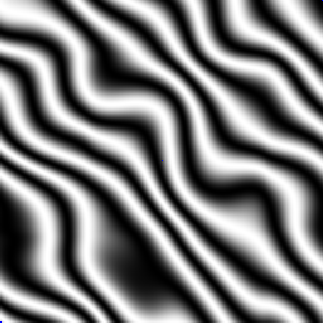 My main question is how can I sample the procedural texture considering the texture coordinates of Generated (orco) such that when I use the image texture on LEFT I will get the same exact result as RIGHT, meaning they both look identical.

I've read a lot about this, but the material is quite obscure. From here, I've read that **Orco(v) = 2*(v-center)/size** for v, vertex. But I'm not sure how to use this knowledge in computing the image.

Before anything, I want to say that I greatly appreciate your help in advance.

Here are some resources that I've already looked at:

12
Yellow sticky note in the wind
12
Is there a way to convert procedural textures to UV maps without rendering a final image first?
0
Displacement Modifier and Texture Coordinates

5
Displacement modifier texture not matching color texture
2
Symmetric procedural material
1
How to use global XYZ coordinates for displacement?
0
Displace modifier using an Image Texture on a Grid Mesh
4
Get pixel coord in rendered image of pixel coord in texture