Is there a way to globally adjust the brightness/contrast or add bloom in the video sequence editor? 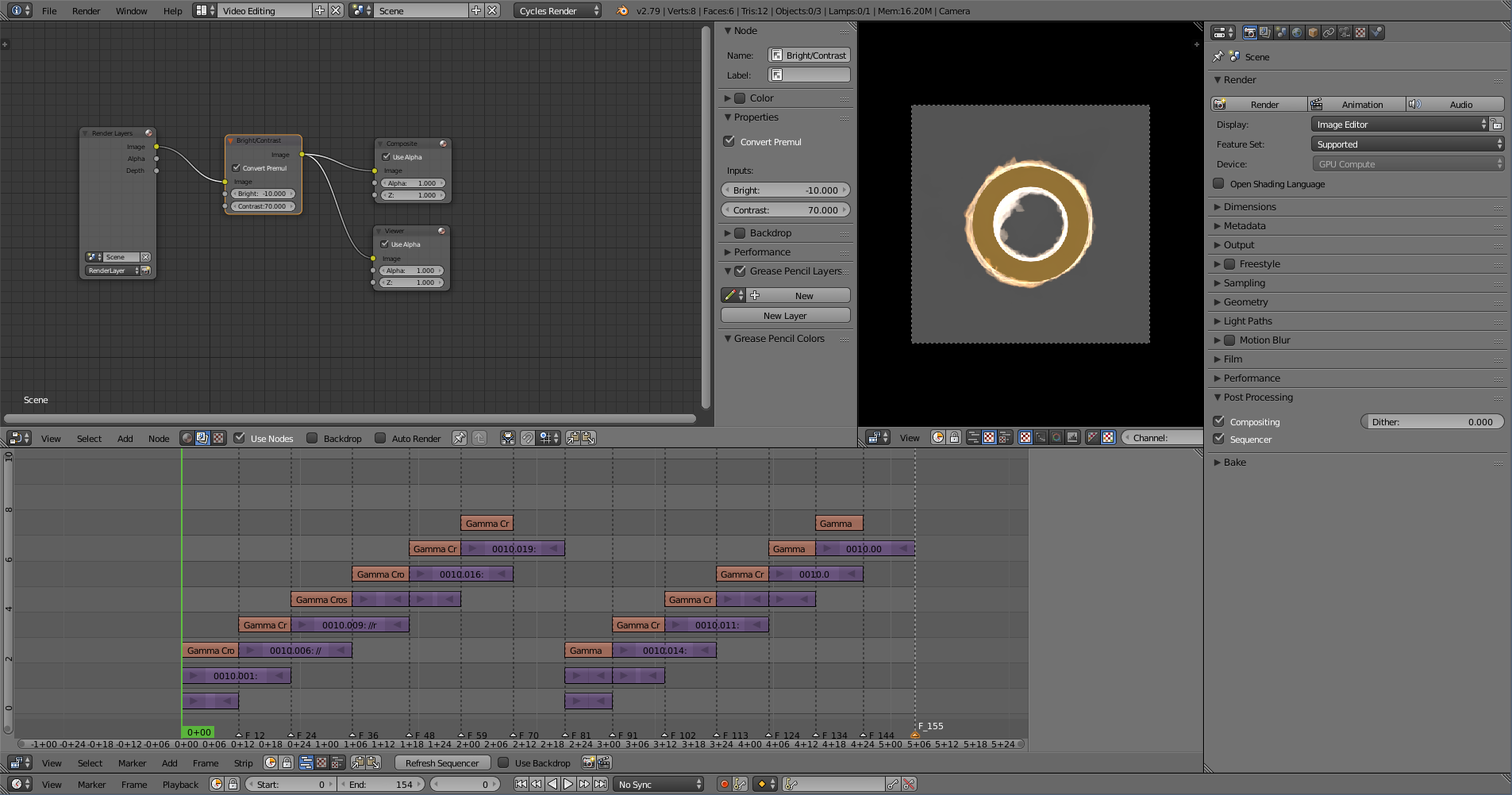 Using Blender 2.79, and creating a video sequence from image strips. There are 20 or so strips so using compositor nodes or equivalent would be faster than adding effect strips to each clip.

As atomicbezierslinger suggested, rendered the video to frames and used those as the input on the compositor. Works, very easy!

Bloom. White Range bleeds and blends onto other areas 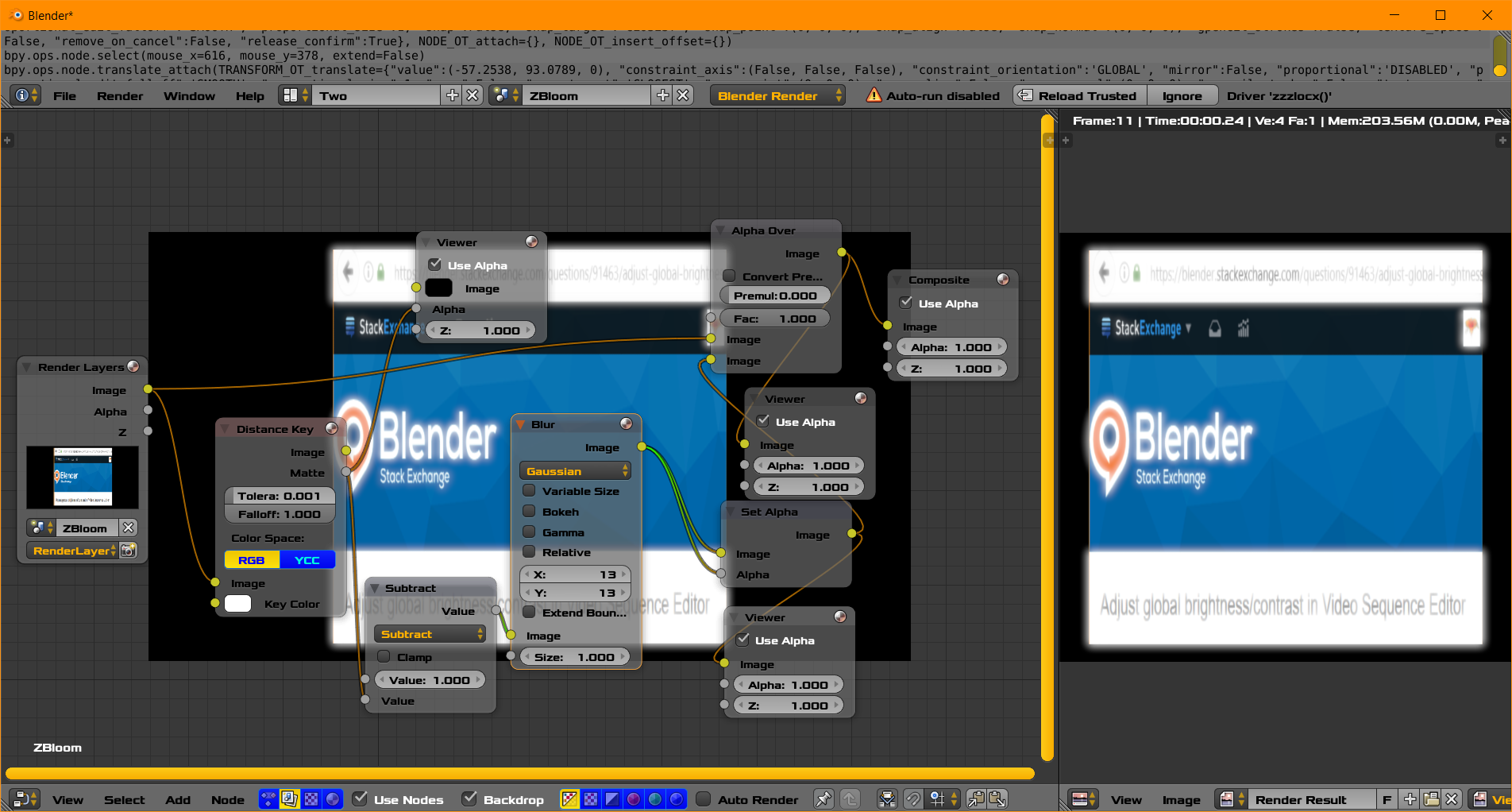 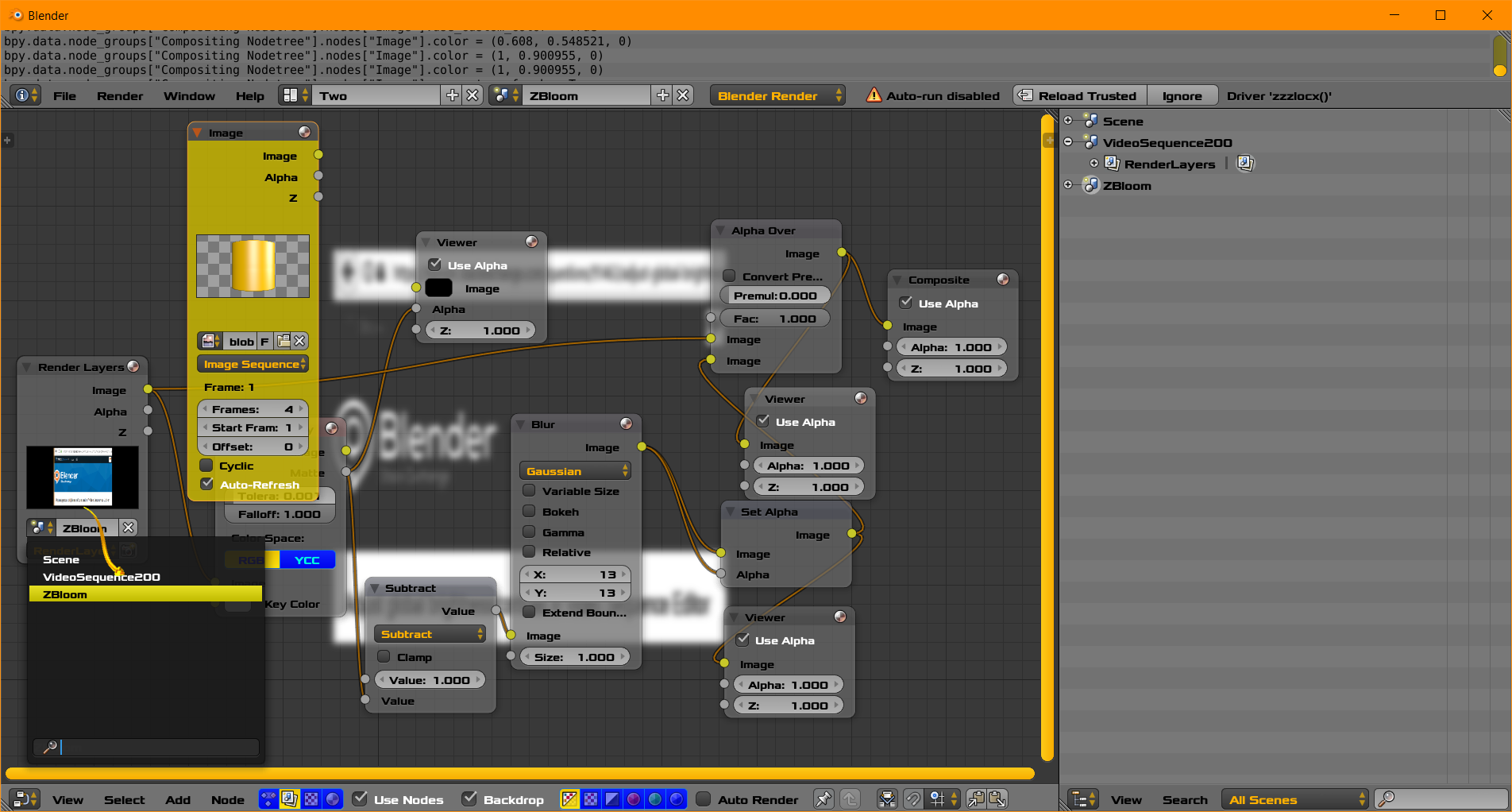 Above image shows the Render Layers allows the user to select another scene. The Input node in yellow is for a sequence of images. It is not yet connected but it can replace the Render Layers Node as input. 88 seconds of work or less. 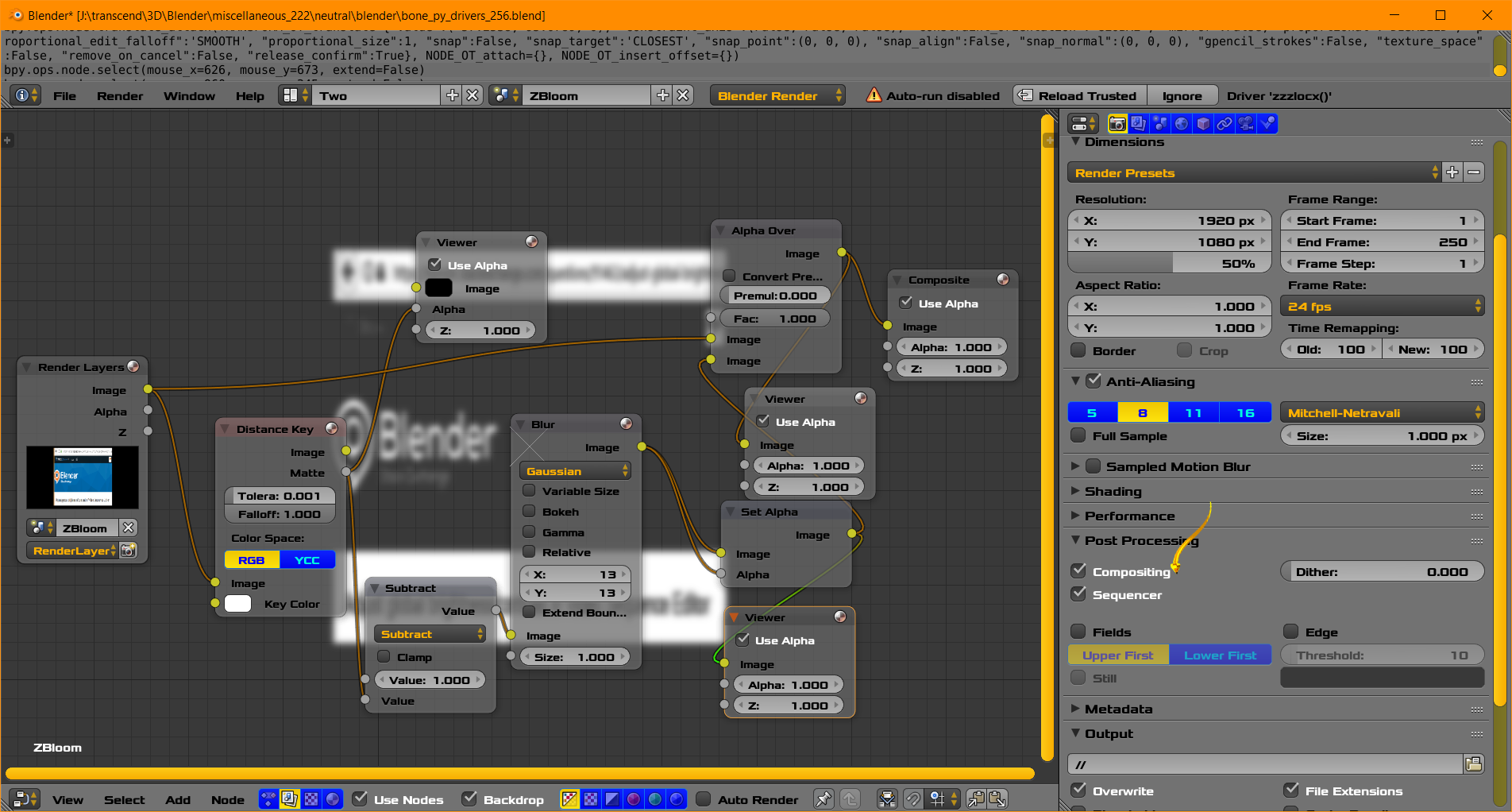 Not the answer you're looking for? Browse other questions tagged compositing-nodes video-sequence-editor or ask your own question.

4
Is it possible to make a video texture repeat in the compositor?
0
Video editing workflow - VSE and compositor slows down framerate when previewing?
3
VSE correcting framerate without shortening strips or changing the speed of strips
1
How to use python to copy video settings from the compositor to the 3D viewport
2
Video Sequence Editor: playback lag after stripchange
3
Loop animation of an imported image sequence in the video sequence editor