What am I doing wrong with curves following terrain?

Not sure if you can see it that good, but there's a path following the road on the texture, the cursor 3d thing is where the path starts and that's where I put my small road model (5x5 meters, something like that).

For some reason however, once I apply the curve modifier, the road teleports of map, then I add arrays and even once it reaches the terrain, it curves the right way, but it is tens of meters to the left from where it's supposed to be. So what am I doing wrong? Do I need to adjust the relative offset numbers and if so, why?

I'm a beginner, but I've made roads before the same way and I never had this issue before.

Btw, one thing that came to mind is that the road for some reason starts at the scene center, but no, the center of the scene is somewhere in the middle of the terrain, so I really have no idea why it teleports in the middle of nowhere. 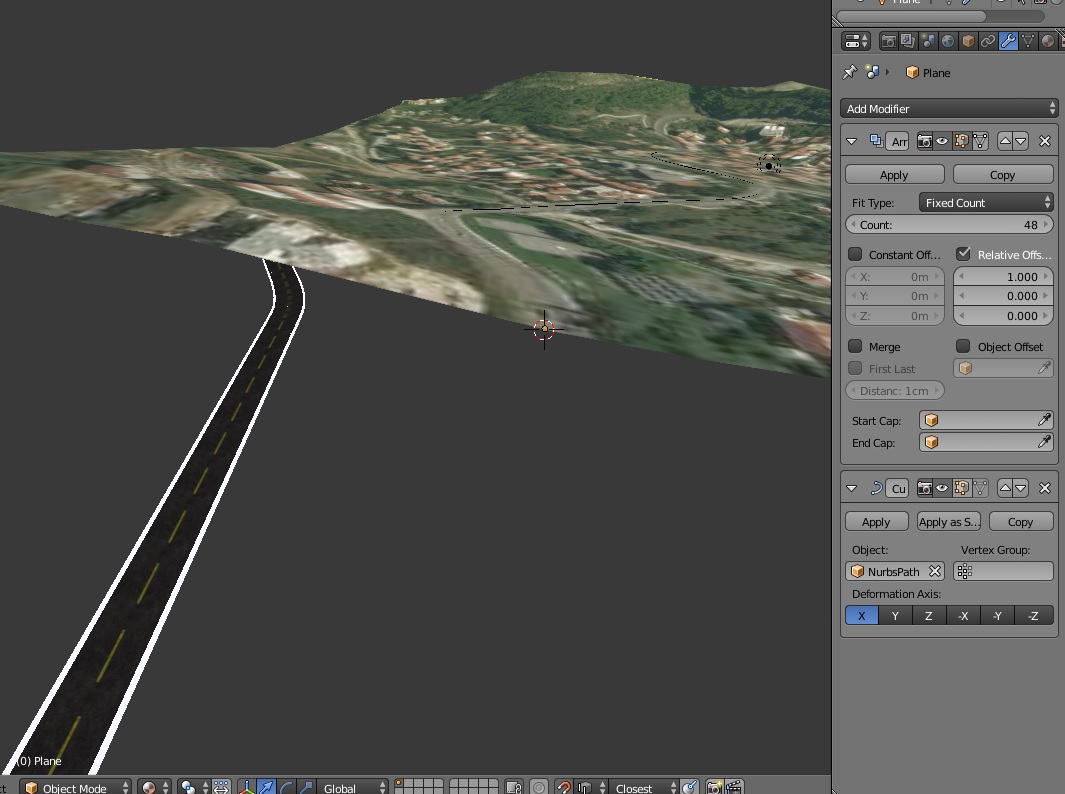 Browse other questions tagged mesh bezier-curves or ask your own question.

51
Why is it important to apply transformation to an objects data?

2
Curves wrong filled when importing svg
1
Why doesn't the road follow the curve?
0
Why do objects following a path have a random drastic rotation?
1
How to evenly divide a face when loop cut doesn't work
0
How to combine two curves for a camera animation