Exporting video to .mov in Blender 2.79

In the past, Blender (at least the Mac version) has had the ability to encode video files as .mov, the format used by Quicktime Player. However, with Blender 2.79 this feature seems to have vanished, for both the Internal and Cycles render engines. The release log happens to have the entry "Video encoding settings have been simplified, along with the addition of a Constant Rate Factor (CRF) mode" which I suppose could be the cause.

Does anyone know what happened—whether it is the aformentioned reason or something else—and how to export videos as Quicktime .mov in Blender 2.79?

In version 2.79 Video encoding settings have been simplified. Read:https://wiki.blender.org/index.php/Dev:Ref/Release_Notes/2.79/More_Features

Quicktime (.mov) is a Container.

Select Quicktime as Container in the Encoding panel. 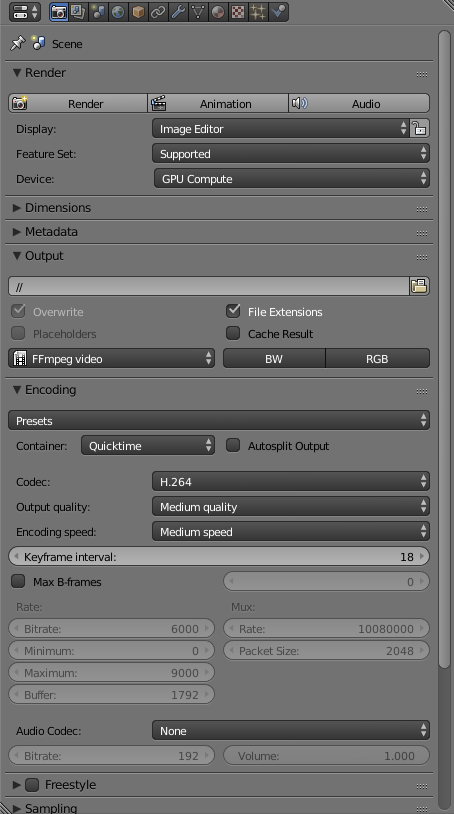 Not the answer you're looking for? Browse other questions tagged video encoding or ask your own question.

2
I can't save my animation as a .mov and thats the only thing that plays on my mac

7
H.264 encoding settings for High Quality HD (1080p) and High Quality UHD (4K)
0
Trying to render a .mov file in Blender's video editor
2
What numerical CRF values do the assorted output qualities correspond to in the ffmpeg video encoding options
1
Adding wmv video to blender 2.79
4
Why are my video renders pixelated?
3
How can I convert these Blender video settings to ffmpeg please?