Semitransparent texture makes some objects behind transparent in viewport

I stumble with this issue and searched for a solution, but haven't even found a reference to it.

The problem is that in the viewport (in the render all is fine) some materials with semitransparent textures make some objects behind them transparent. Alpha values of 0% and 100% work as expected.

The problem is present in Blender Internal and Cycles. Tried different display options like multitexture, GLSL, display mode Material and Texture but nothing solves or even affects the problem.

After some testing discovered that changing the parent modifies the beheavior, even after unparenting. In the this images you can see the eyebrow and the sphere make the face behind them transparent. I parented the lower sphere to different object and some became solid and remained that way after being unparented. The eyebrow started working properly after being parented to the face. 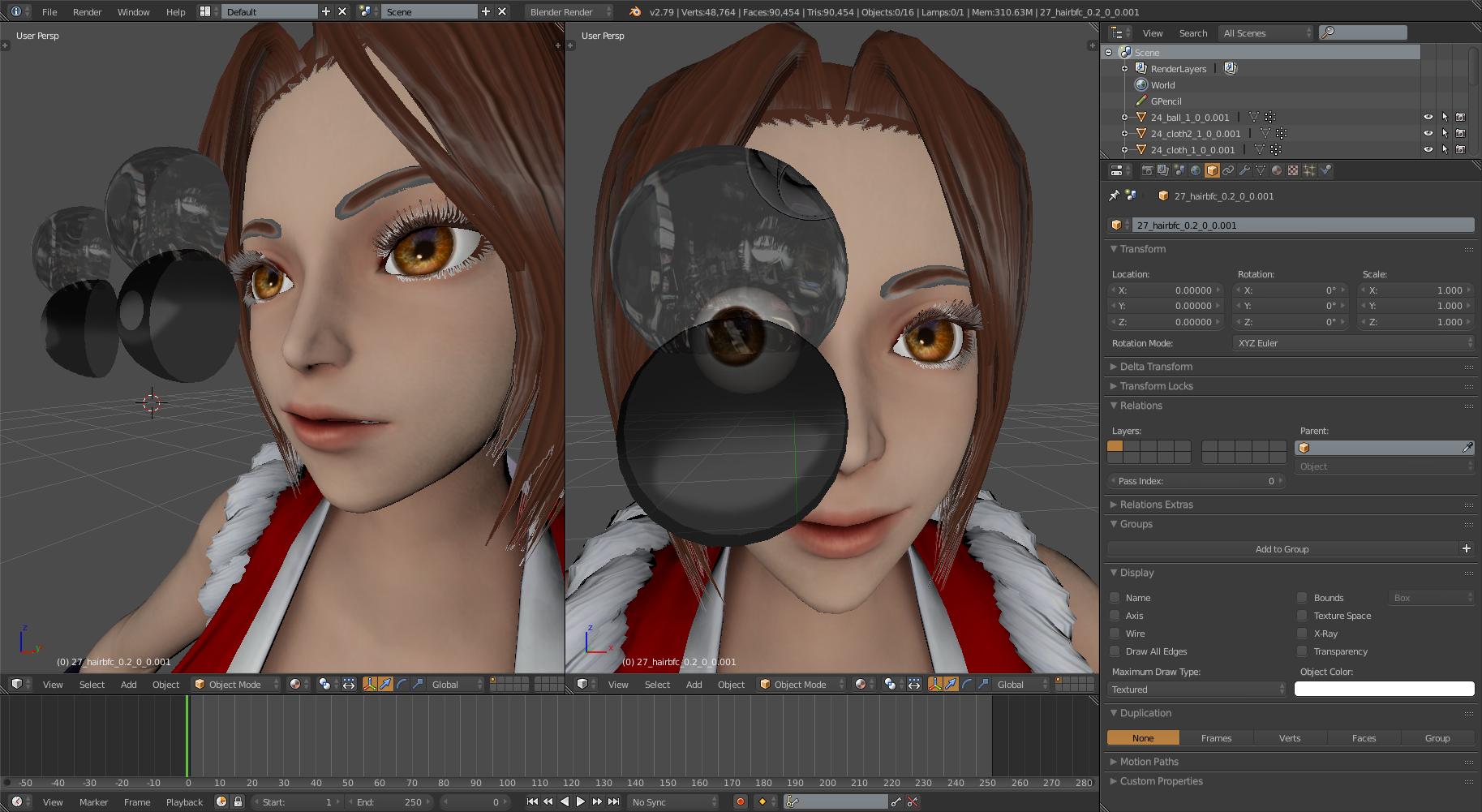 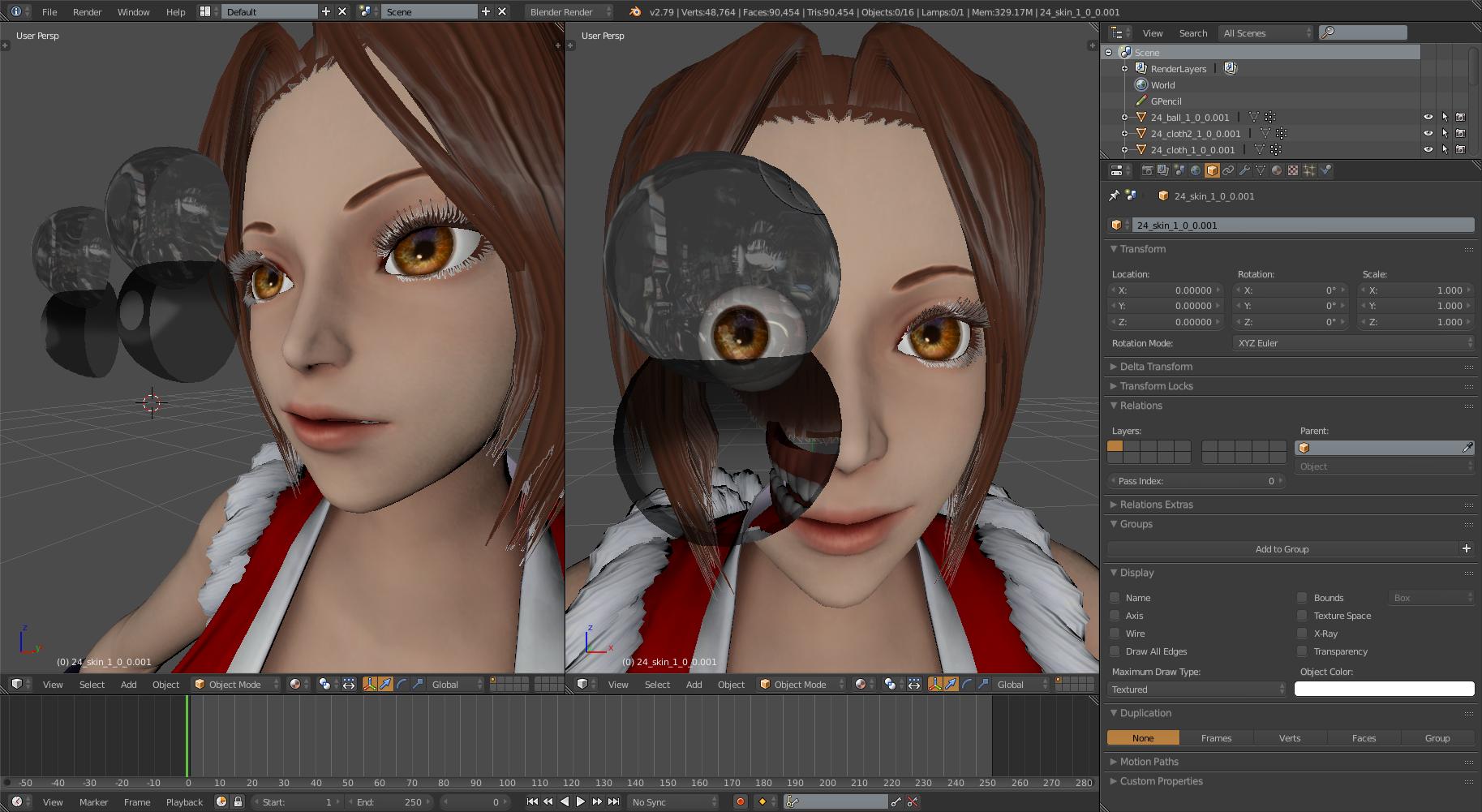 I don't want to parent the semitransparent object to everything in the scene to avoid this issue. Is the a better solution? 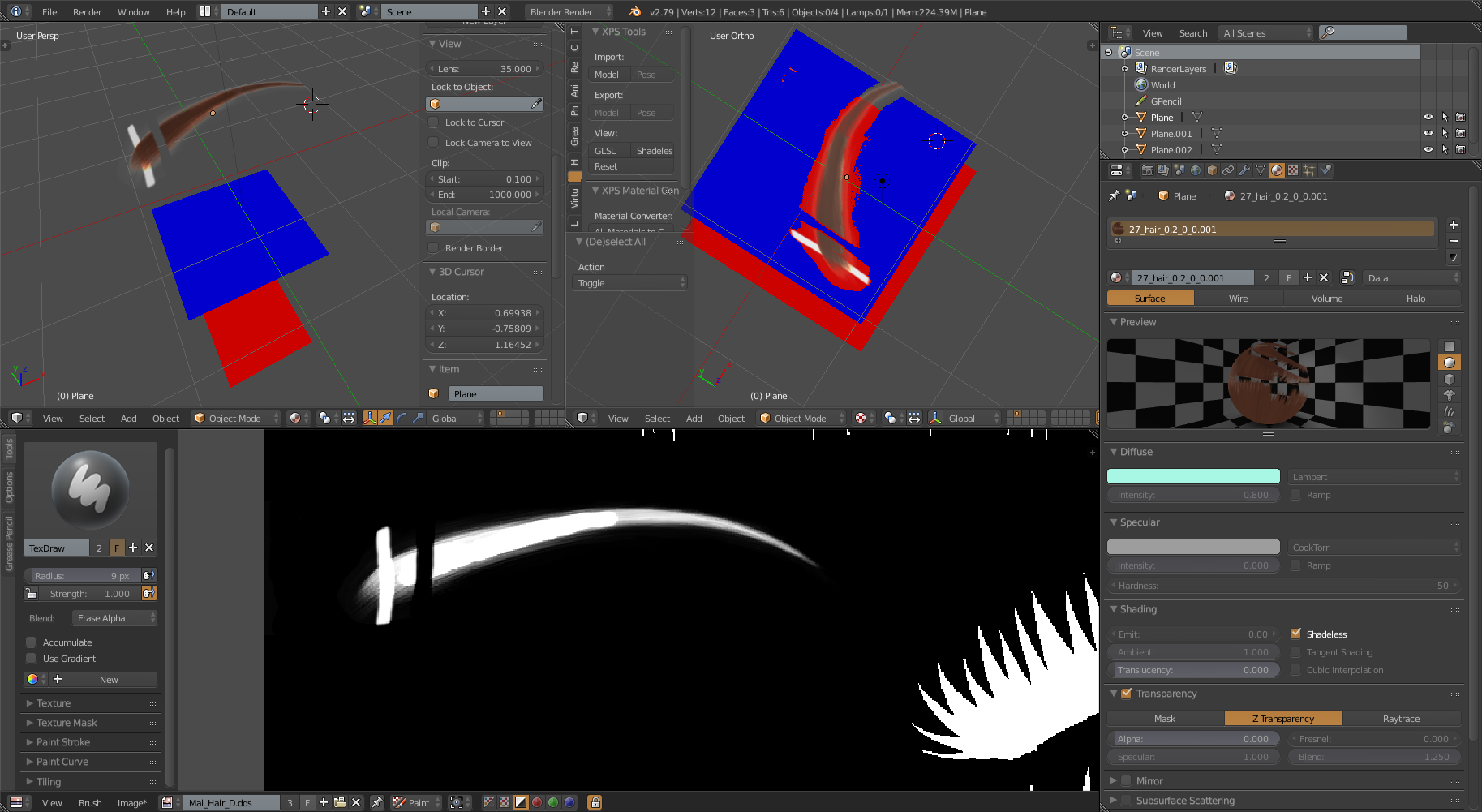 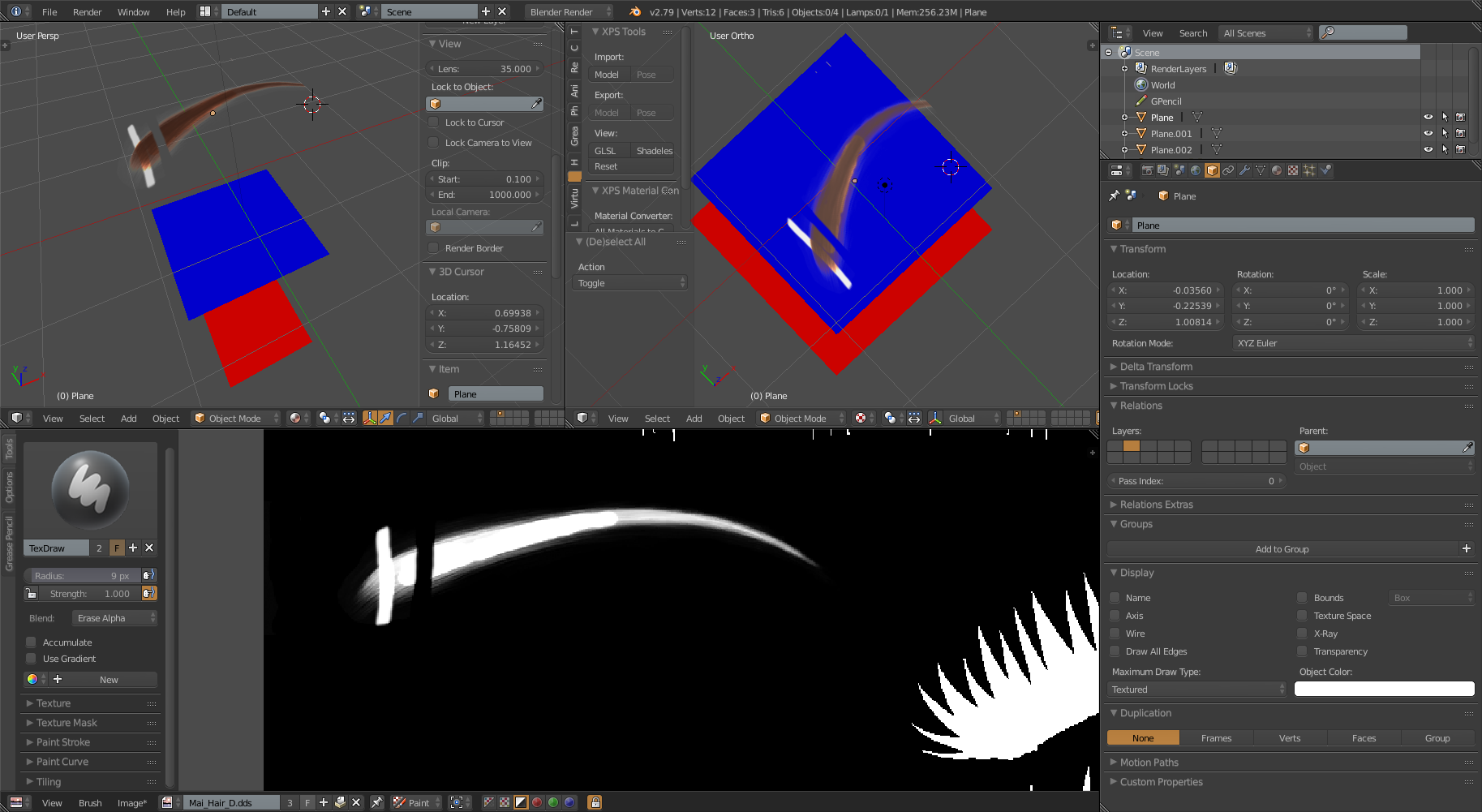 For the .blend you have attached, it seems that ticking "Transparency" option in the object's Display settings does the trick.

If you want to see outline of the selected object, you can enable Bounds in the same Display section. Still there can be an issue with display multiple faces with the transparent texture stacked behind each other, then can try to tune User Preferences -> System -> OpenGL -> Clip Alpha value.

Not the answer you're looking for? Browse other questions tagged 3d-view transparency or ask your own question.

2
I want Glass to be transparent where nothing exists
7
premultiplied alpha?
2
Why isn't this object becoming transparent in the render?
1
How to make a simple plane slightly transparent?
5
Object material that is completely transparent, but occludes other objects