why is this "abysmally" bad topology? 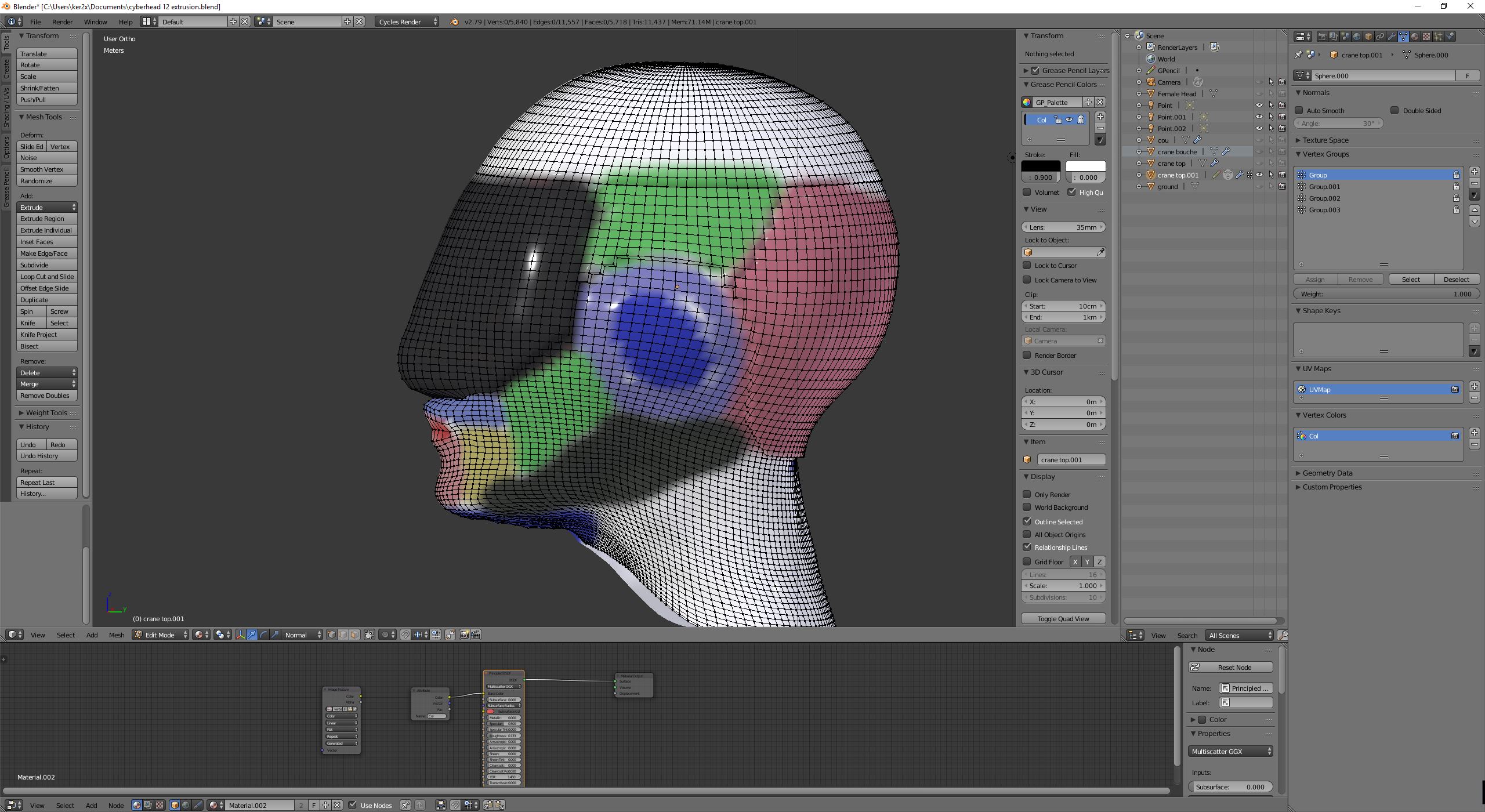 So I was asking for some advice and I got this:

retopo this immediately, its abysmal. Use low poly to drive a subdiv or multires, and add geometry as needed. It's literally unworkable at this stage.

Of course I now know that I shouldn't have started with a UV sphere but it was kinda too late and only really cause some (invisible) problem on the top.

It's my first model of this kind, I only have 216h of blender (thx steam for the counter). The vertex painting is of course horrible and it's just a visual guide and will be deleted ASAP.

What my friendly reviewer didn't tell me is "why?" and, if I "retopo" the model (I won't, I'll restart from scratch), what must be done in order to not be a disaster. I tried hard and spend many hours trying to keep the quads "clean" instead of hacking my way with the sculpt tool and dynatopo. If I just wanted to sculpt I would have used oculus medium, but I want to learn blender too.

I wasn't quite ready for such a hard comment but I got over it (it was yesterday). My problem is, if I had to do it again, I would do it the same way (I would start with a quad sphere instead of a UV sphere but that's all) and it's apparently the wrong way. And I can't imagine any other way to do it.

I understand also it has too many polygons. I started with a lower resolution but once the general shape was complete I applied the subsurface modifier and started refining the model and this is what's shown in the picture. I shouldn't have applied the subsurface but I'm not sure it's what makes it "abysmally bad". Therefore, what's wrong with the topology and how to not repeat the same mistakes, whatever they are ?

EDIT : I'm asking this because I'm stuck in my process now. Because I know I'm doing something incorrectly but I don't know why it's incorrect.

Your problem is that even though you used all quads, they do not flow with the muscles underneath and they do nothing to describe the form other than define a surface. You need to watch some of the tutorials on retopology and you will see how they create loops around the eyes, mouth etc. and join them to create a mesh that is easy to animate with rigging, as well as low poly enough to properly uv unwrap and texture. High resolution sculpts can be used to derive the form and the lower poly mesh is what you animate and bake the details to.

Sorry you got such non constructive criticism, but that seems to be the norm on the internet. I would suggest taking a look over at some tutorials on CGCookie.

Building off of Craig's answer, you have a lot of wasted geometry in you mesh that is simply not describing anything. You could probably get away with a fifth of the geometry and still keep the model looking identical. While quads are a good rule of thumb (usually to aid subdivision surface operations), what you are truly gunning for is to make each piece of geometry descriptive and necessary. You know you are close if you can't remove any edges anymore.

Polycount has a section on their wiki for good topology, but I will warn you that "good topology" is also as much personal preference and changes based on the project.

I wouldn't take it too personally; you're right to want a better description of the problem, though. Craig's answer covers the long and short of the problem, but if you want a heuristic to go by consider this.

First, every vertex is effectively a guide point for the mesh, so if the vertex/triangle/quad is not contributing, it serves no purpose and makes manipulations more intensive for both sculptor/modeler and processors. Second, speaking of guides, note that under many circumstances vertex count cost can go up geometrically or worse. This is why much interactive entertainment relies heavily on LOD pruning.

As to whether your model is "unworkable", that depends on what you're trying to do with it, but a hair short of 6,000 vertices is almost certainly going to be a problem down the road. I don't know if you explicitly need to start from scratch, there are probably a dozen different ways to retopo; but if you are, for extrusion modeling I would suggest (for the above reasons) starting with something simple like a cube, and learning to use uncommitted modifiers for your details until the last possible second. If it isn't broke, don't fix it with another quad.

Not the answer you're looking for? Browse other questions tagged modeling sculpting topology or ask your own question.

1
Should I always keep all edges looping?

1
Reducing hard surface topology
0
Why is this bad topology happening
0
Is this topology bad?
1
How to model this shape with correct topology