I have an object that bends over onto itself. Its one color with some transparency. See Image. The left portion is like a string that has bent around in front of itself.

Right now, when the object overlays itself, it gets darker which makes sense.

But what I want is for it to get brighter. I guess like an additive overlay? Or maybe it would be subtractive?

I've tried a bunch of combinations of shaders (mainly emission/mix shaders) and I can't seem to make it lighter. I did get it somewhat working with a black background, but I have to have a white background.

Can I make the overlap region 'brighter'? 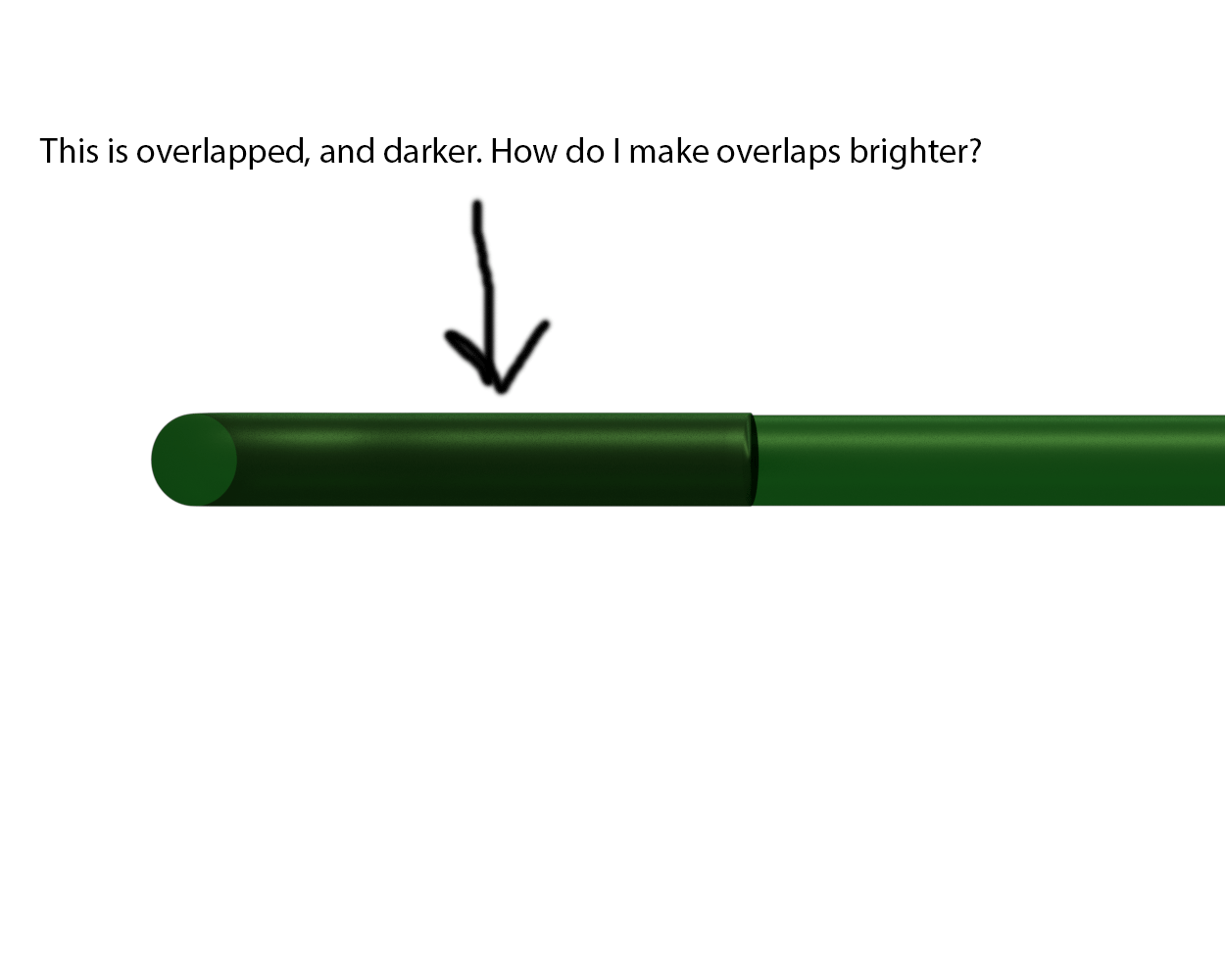 This is what I'm currently using in my nodes plus a bunch of other things I've tried that didn't work. You can see at the bottom just a mix shader with transparency and glossy BSDF. But none of the other things I tried there made it any better (all were worse, actually 1 was decent, but only if on a black bacground). 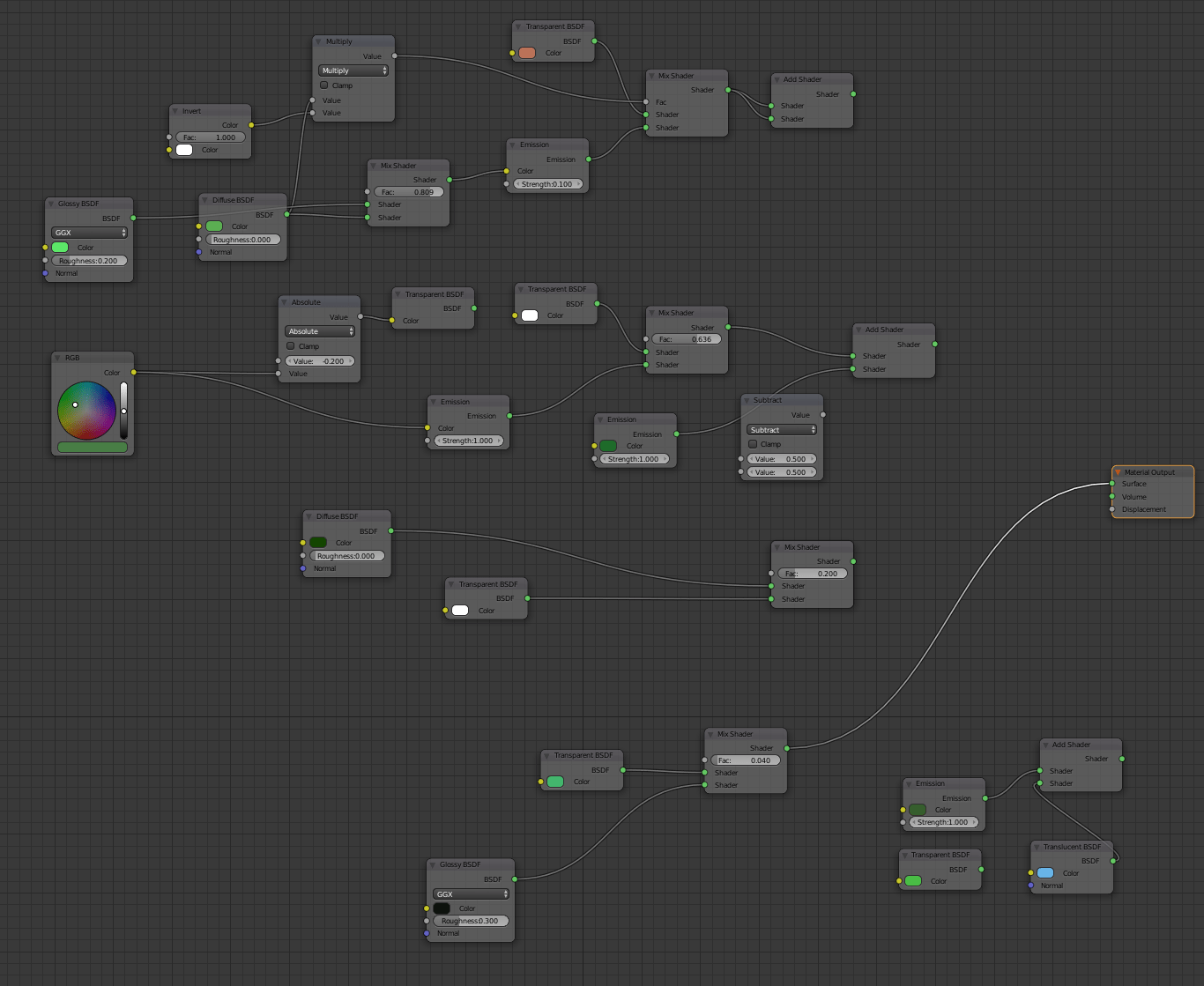 You can try to tune this simple material setup: 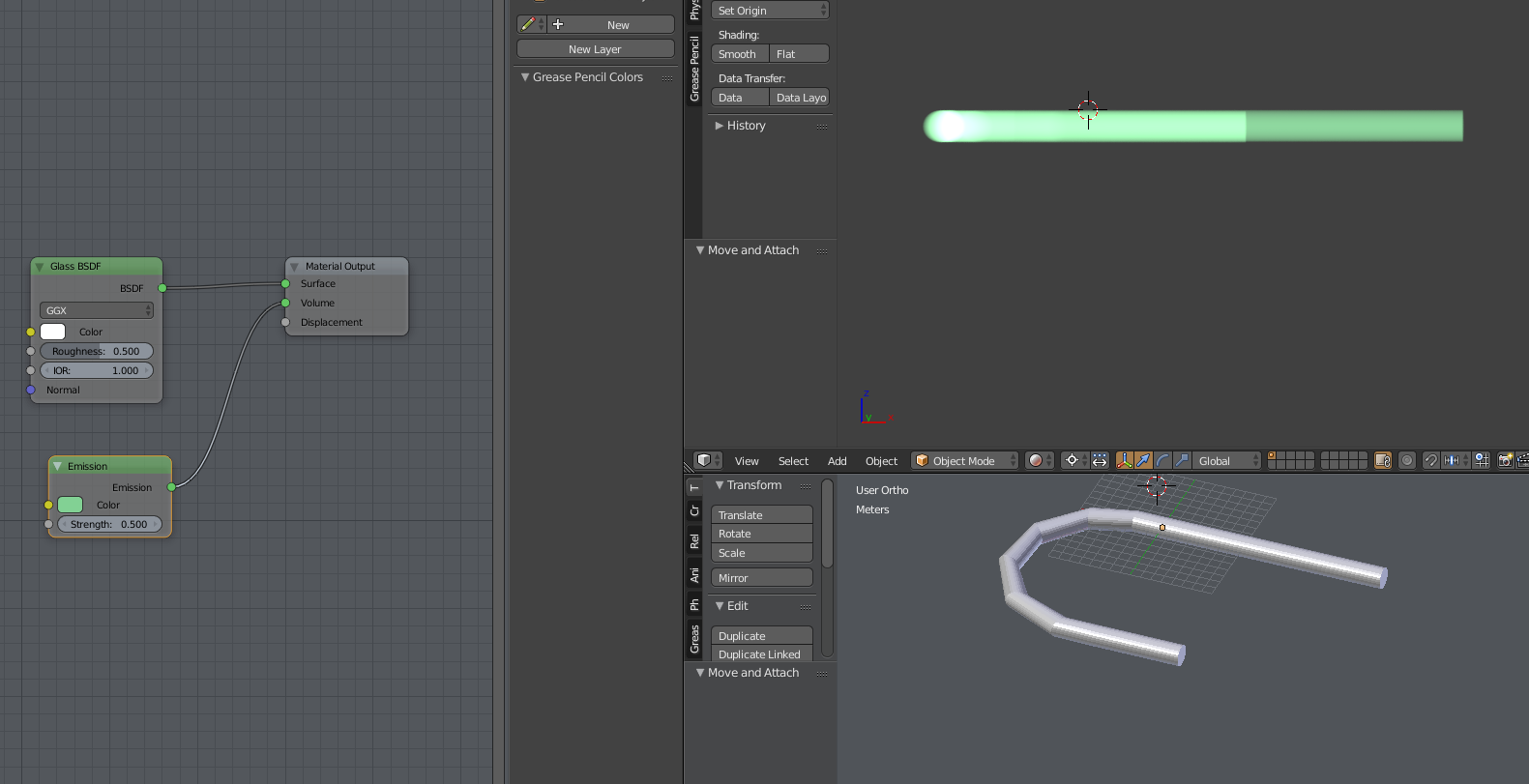 This example is based on the simple idea covered at this post: https://blender.stackexchange.com/a/88356/13643

11
Is it possible to invert the SSS shader effect?
6
Make light paths only pass through non-emitted areas?