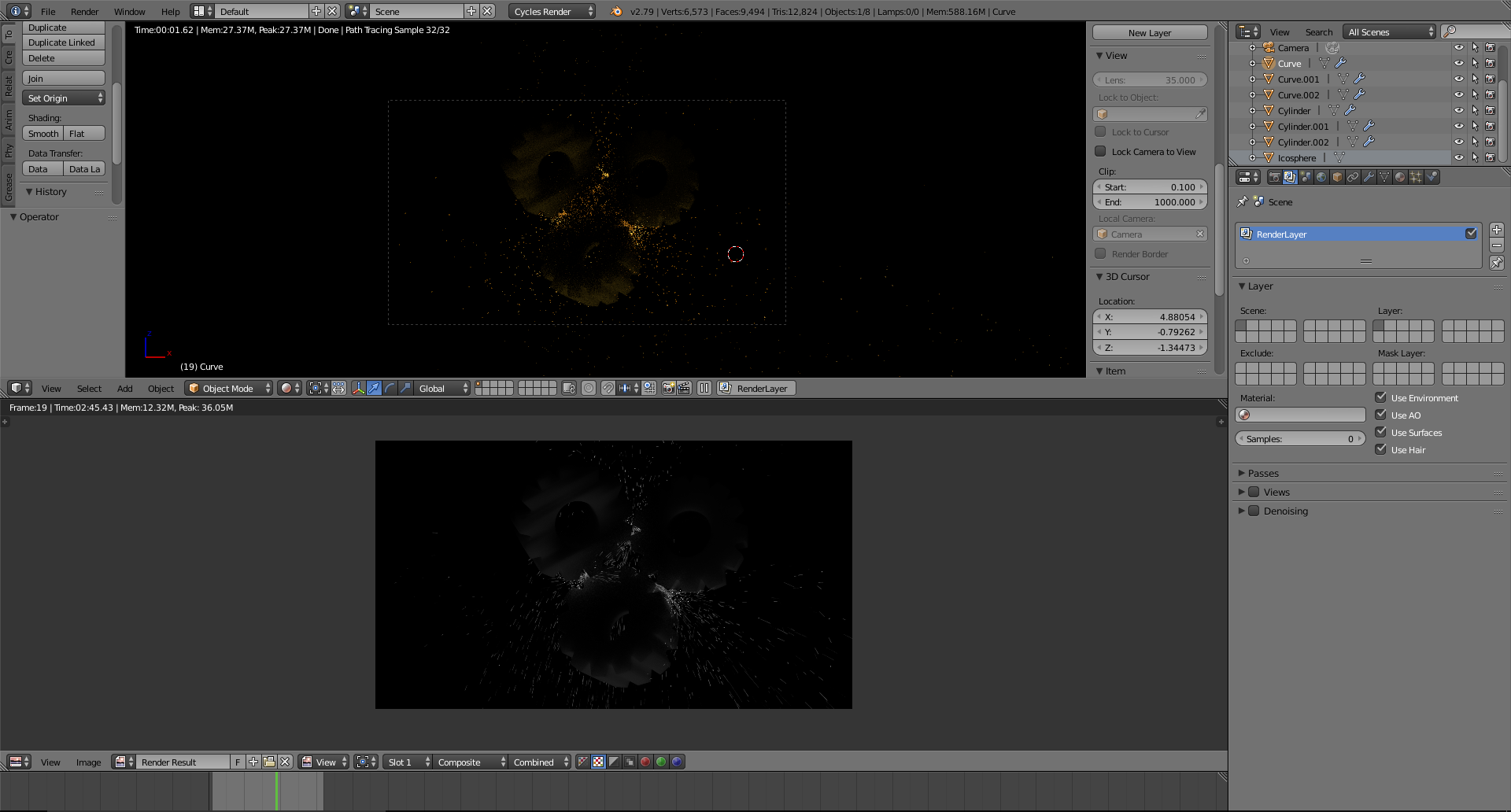 I'm trying to make an image in Blender using the cycles engine. When I choose rendered in the view port shading menu, there's color. But when I actually render it, it's in black and white. What do I do?

What are you trying to do with the dilate/erode node?

That is what is turning your image into B&W.

Remove that node and your image is fine: 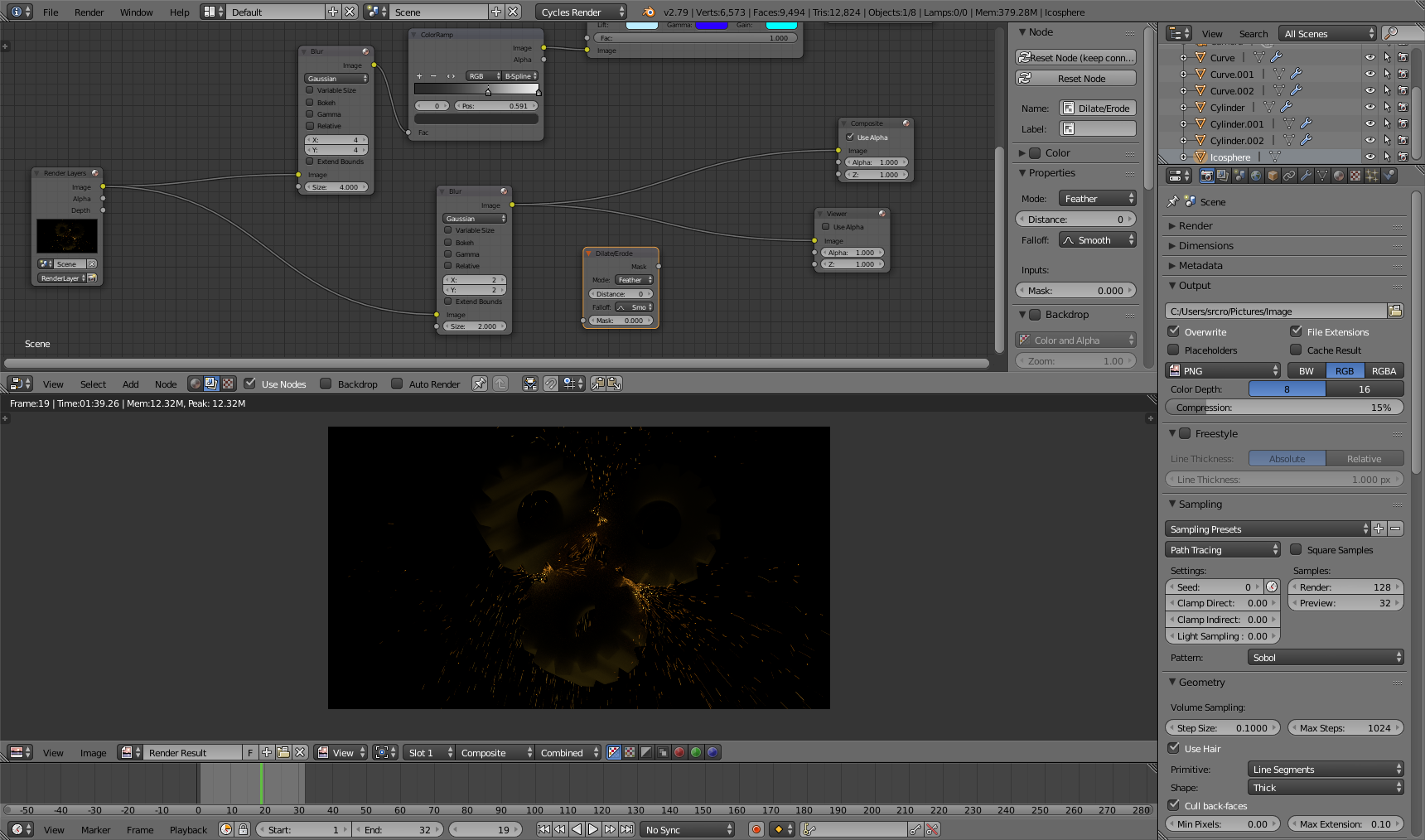 The Dilate/Erode's node is mostly used is to expand or contract the edge of masks. 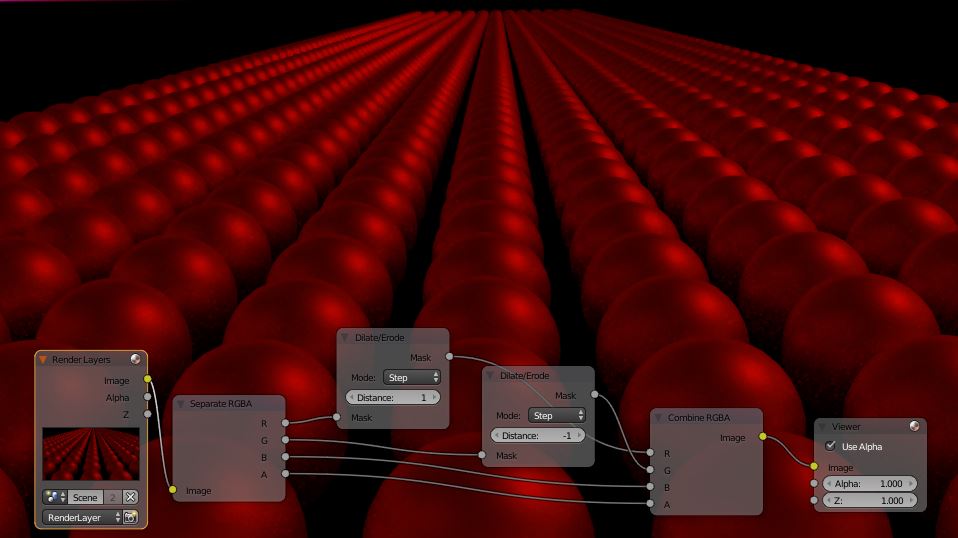 But I suspect that you are looking for a way to create some glow... Use the Glare node instead.

Not the answer you're looking for? Browse other questions tagged cycles-render-engine rendering color or ask your own question.