I am creating a map for a game I have been working on and I really like the Material I have made for it. I have learned about Cycles baking but the mesh is so large (5 miles x 5 miles) that it won't bake at a high enough resolution without crashing, it gets a blurry pixelated look to it. I know I can't import the nodes I used into Unity. I'm open to learning Unreal Engine 4 but so far I have heard it doesn't import nodes into it, but it does have a material editor that maybe someone would know how to recreate. Answering any of the following questions would help:

Would it be possible to import the material I am using into Unity and keep the texture (without baking)?

Is it possible to import the material into Unreal Engine?

Is there a game engine that would work best with blender and imports all the materials (I know blender has a game engine but I haven't heard great things about it)?

Is there a way to recreate the same texture in Unity or Unreal Engine (it isn't too complicated of a material, picture of the nodes is below)? 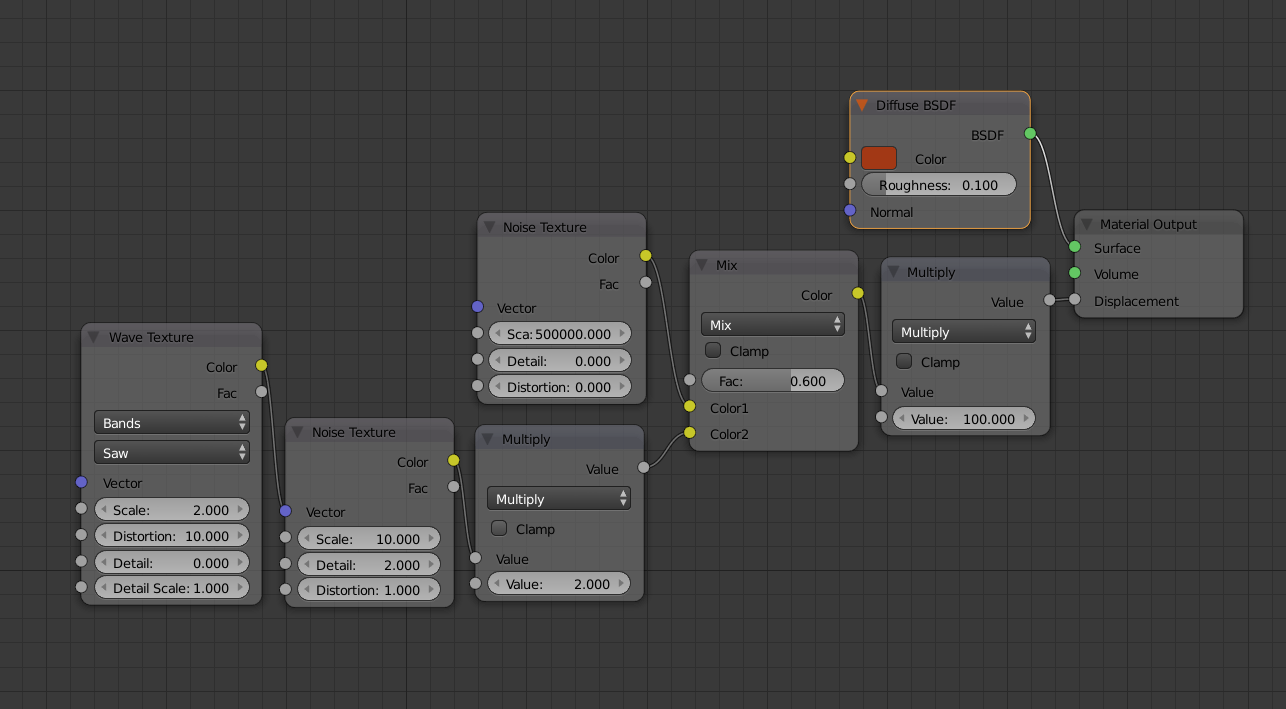 Thanks very much for the help, I'm new to game development and I just can't seem to get past importing the meshes to a game engine.

Unfortunately, importing blender materials into Unity is still a fantasy. But, the best thing you can do is to bake the textures in blender and then use that as the image texture in Unity. Google how to bake textures and your all set :)

Not the answer you're looking for? Browse other questions tagged cycles-render-engine unity or ask your own question.

20
Export cycles material to unity
38
.fbx export why there are no materials or textures?

20
Export cycles material to unity
0
Need help with texture bake and consolidating meshes for UNITY engine
3
Can I use cycles renderer for a game?
4
Scaling and importing from blender to unity
1
Importing a material from blender to unity
3
Transferring materials made in Cycles Render to Blender Game Engine
0
Blender and Unity. Materials/Shaders question (Cycles, BlenderRender, Does it matter??)