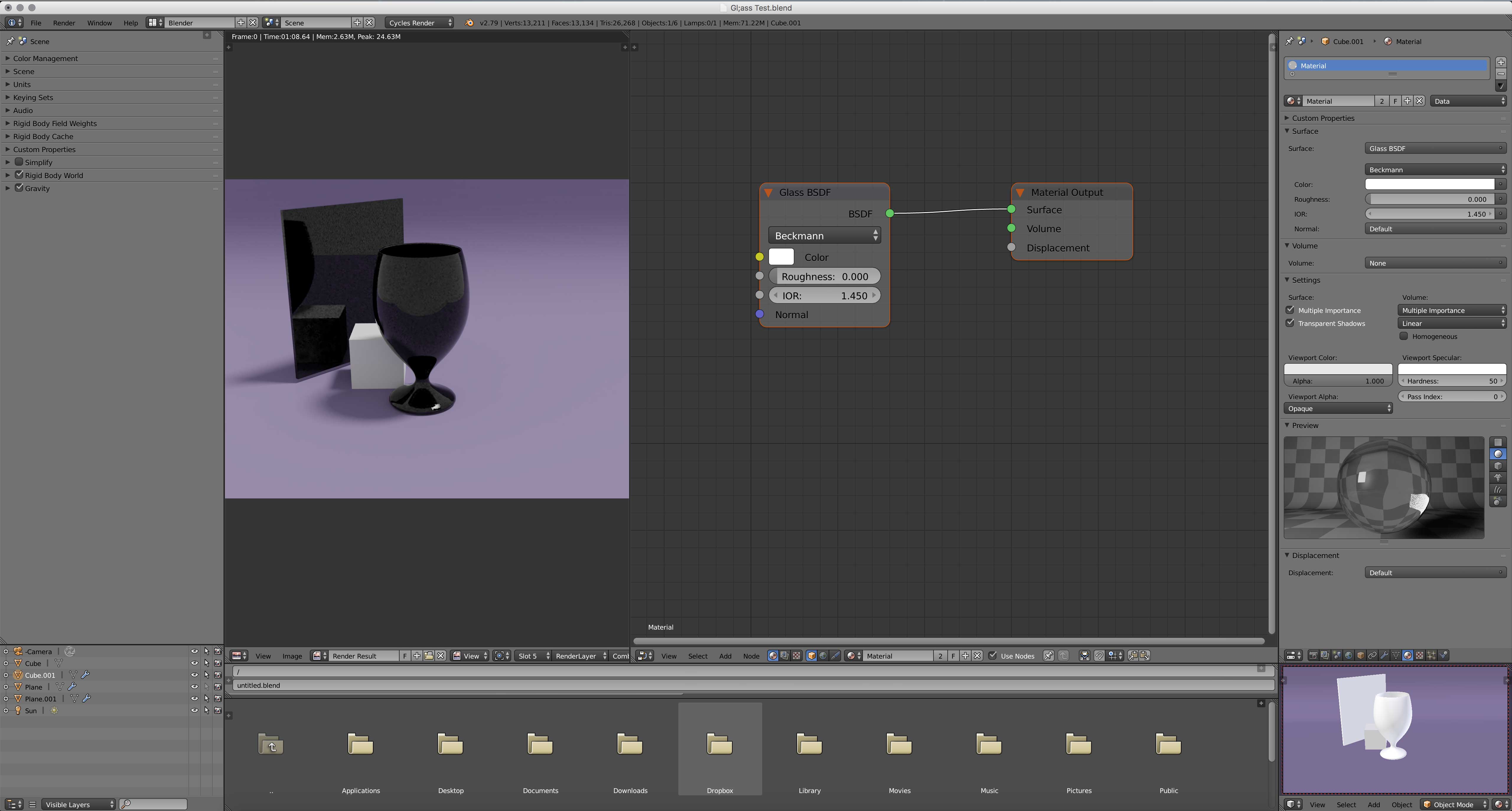 Render settings light bounces, you need to increase their count. You can increase the maximum and transmission only for glass other bounces are used in different cases.

Basically light paths or bounces indicate how many times the emitted ray will change direction (hit a surface and bounce of).

Minimum are least number of bounces / light paths emitted. This value should be pretty low for performance but shouldn't be 0. 1-2 works fine for most scenes.

Max bounces indicate maximum number of bounces. If diffuse bounces are set to 10 and Max is set to 5 the maximum will still be 5.

Transmission is for glass objects using ... Well transmission. That's exactly what you're looking for. Keep it high for such a scene.

Glossy light bounces are for reflections, you could also increase that one a bit as well.

Generally only the first 5 bounces change the image quite a lot, the further you go the less visual impact it'll have. Performance wise it scales weirdly, the first few bounces are the most complex for the program and the rest still slow it down just a lot less.

Not the answer you're looking for? Browse other questions tagged rendering materials glass or ask your own question.

4
How to get rid of internal shadows/blackness in glass/transparent/refractive materials?
0
Sequnce of images: Some images gets rendered with black glass