I've got an object that I'm rendering with freestyle edges: 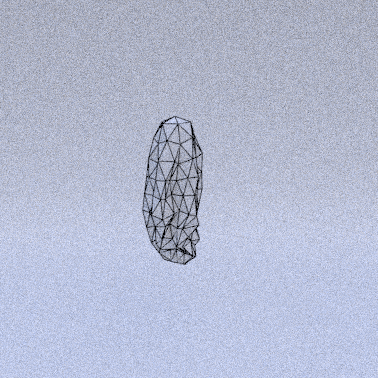 I'd like this object to also be a smoke emitter: 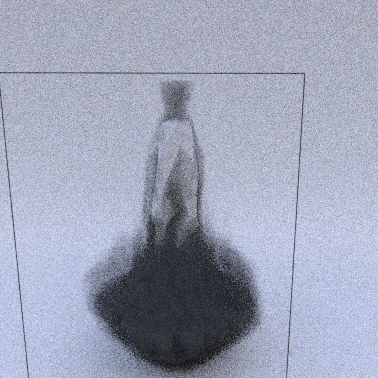 Is there any way to draw the freestyle edges, to be partially visible through the smoke?

In order to render freestyle lines that are obscured by smoke there are two main issues that need to be overcome : 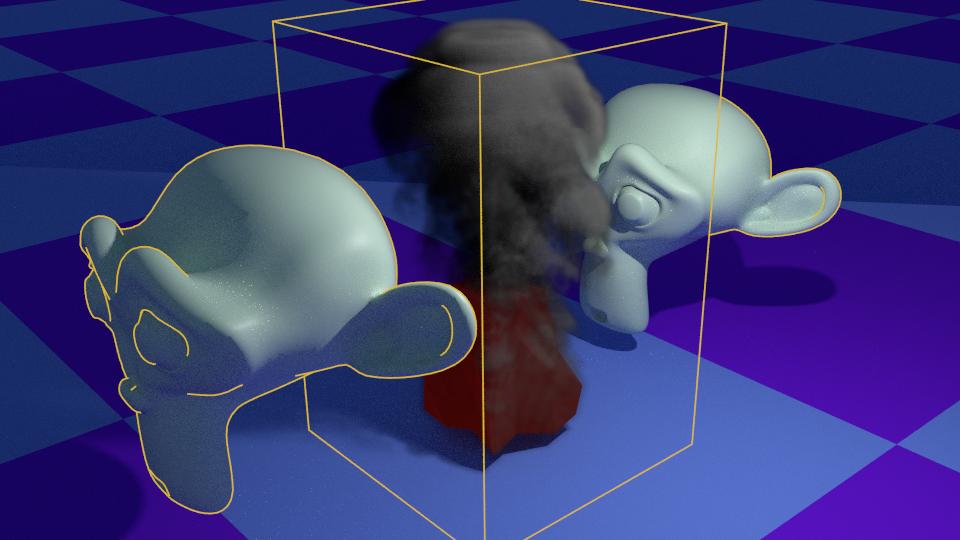 Note how the freestyle is masked by the smoke domain on the furthest Suzanne. 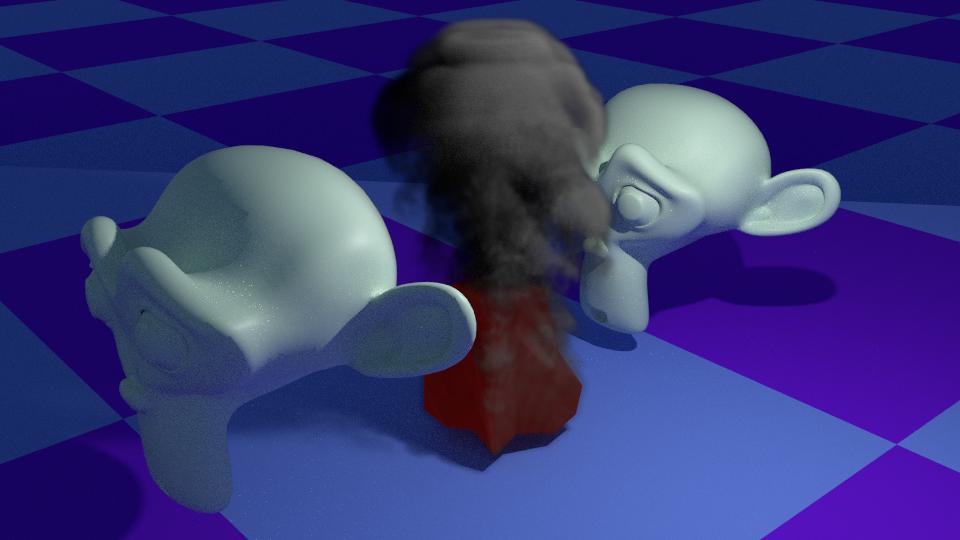 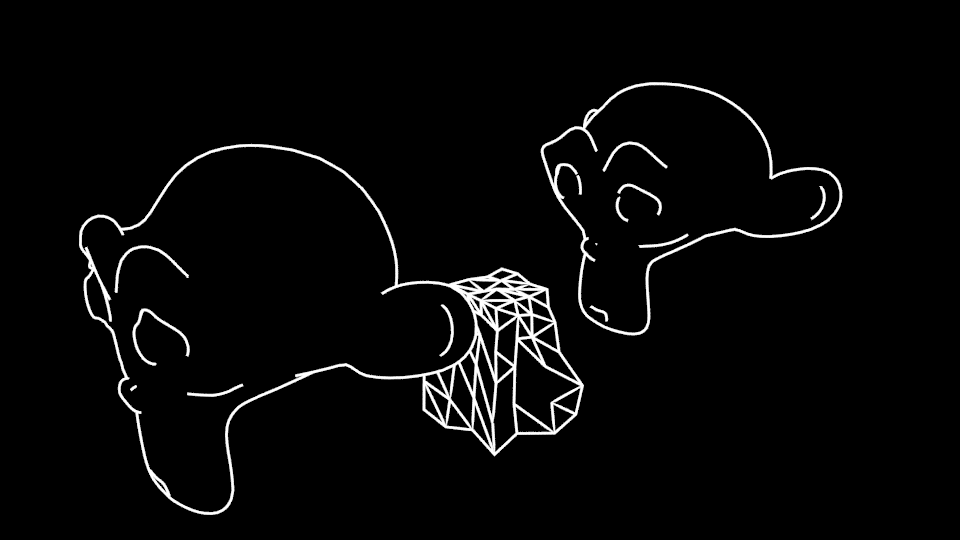 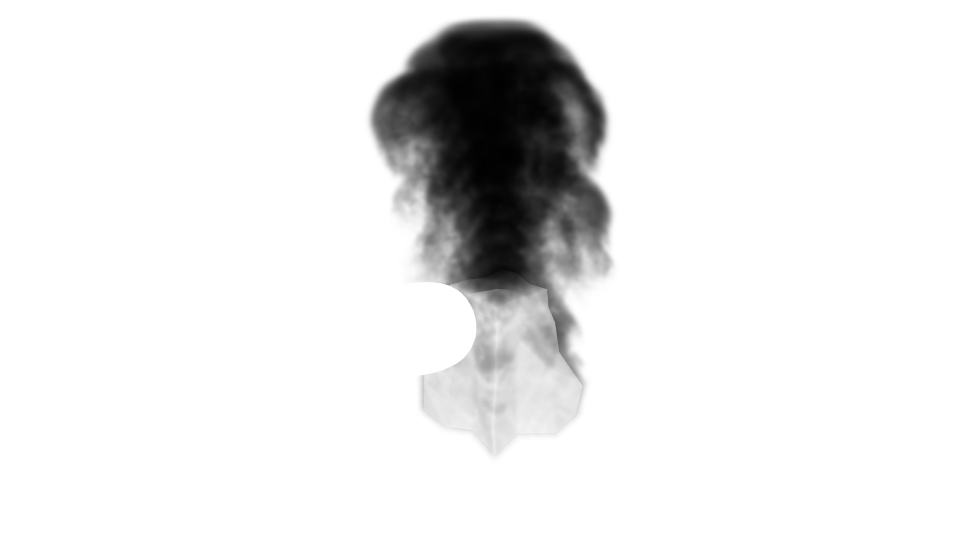 To allow the scene to be rendered without the volumetrics we can move the volumetric domain onto another layer by selecting it and pressing M to bring up the layers popup and selecting the destination layer (eg, layer 2). Render Layers can be set up to render the different scene layers to get the desired results.

Ensure to set the Freestyle Line Color to pure White as we'll use this colour the freestyle lines in the compositor.

For the 'obstruction' render we need to render just the volumetrics layer and to 'darken' the image based on the 'depth' of smoke the ray passes through but with the rest of the scene pure white. We can achieve this by setting all objects and the background to a pure white Emission material with a strength of 1.0 and use a Volumetric Absorption for the smoke - adjust the density to adjust the 'thickness' of the smoke. Note that the Render Layer includes a 'material override' setting. This will override all materials in the layer and is useful for setting the objects to all render as pure white emission while the volumetrics are Volume Absorption. In this case I've used the Object ID to indicate the object type (emission = 0, volumetric = 1) using the following material : 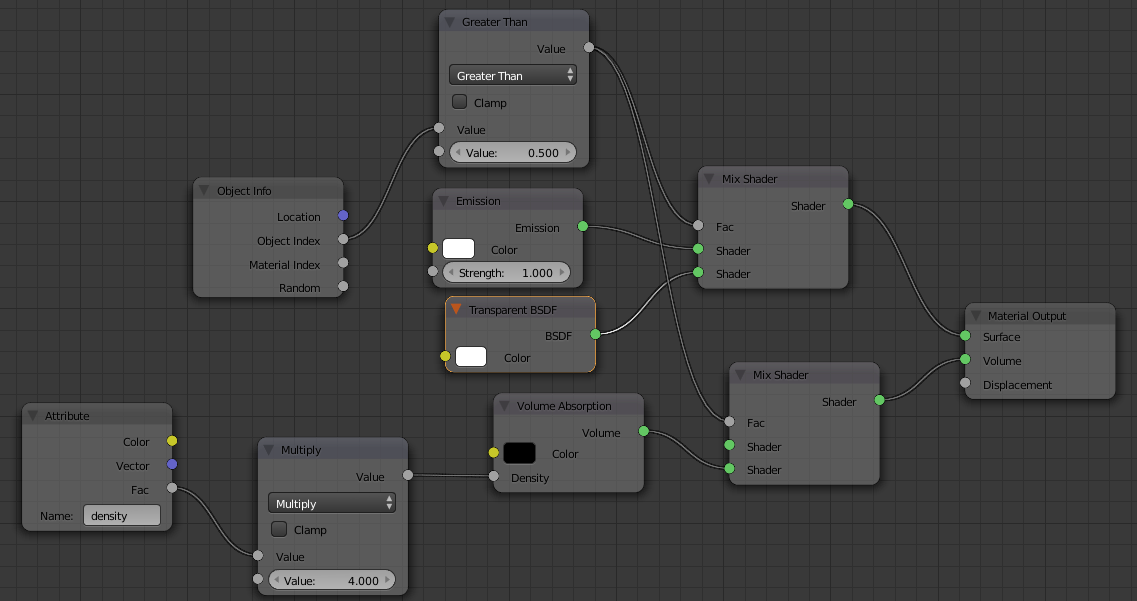 In addition, I added a plane behind the scene to provide a background 'environment' of pure white (as for the other meshes). This was moved to another layer (3) so that it can be included only in the Obstruction render. This means that the 'Obstruction' layer needs to include all three layers to include the objects (1), volumetrics (2), and additional background (3), as well as the material override : 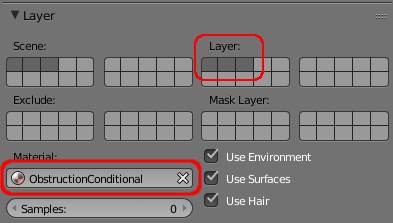 To produce the final result we need to combine the 'full' render with the freestyle overlay, using the obstruction mask to mix - so that the freestyle is only applied where the surface is not obscured by the smoke. This can be achieved with the following nodes :

Here the Obstruction layer is used to determine which parts of the freestyle layer are overlayed onto the full render. The RGB node controls the freestyle line color while the Color Ramp can be used to adjust the apparent density of the smoke. 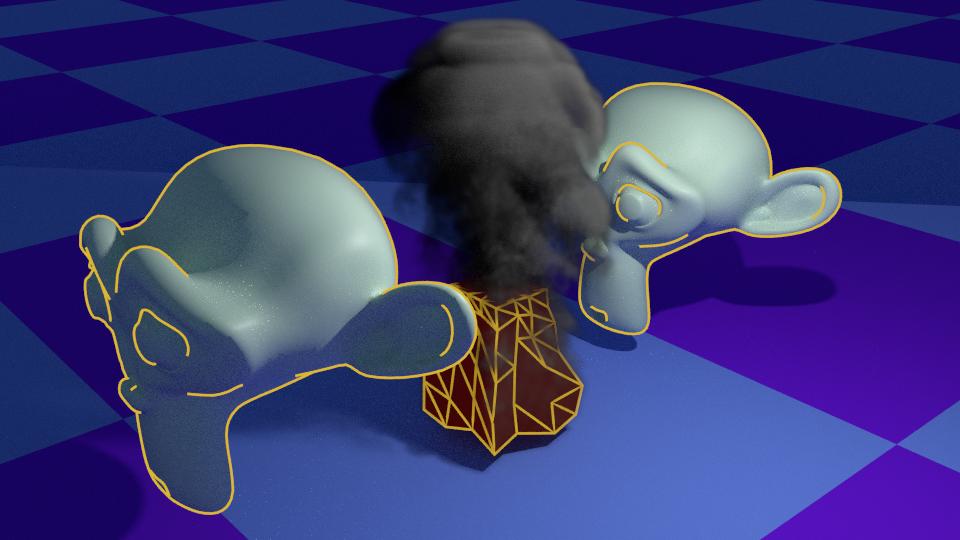 Not the answer you're looking for? Browse other questions tagged smoke-simulation freestyle or ask your own question.

6
how can I stop freestyle from drawing in mist?
3
Delete freestyle after rendering

5
Freestyle not drawing all the edges
5
How to make all edges in the scene rendered by freestyle?
10
Particles as smoke
6
How to make an object transparent to the freestyle pass?
4
Freestyle with multiple objects
1
Freestyle : problem with visibility
1
How to enable freestyle edges on top of freestyle faces?
1
Smoke constrained by objects