Is there a way to render an object invisible but still have it block view?

So I was messing around and was wondering if i could render this cube invisible but still have it cover the ball. When i disable make it not apear in the viewport it still renders there: 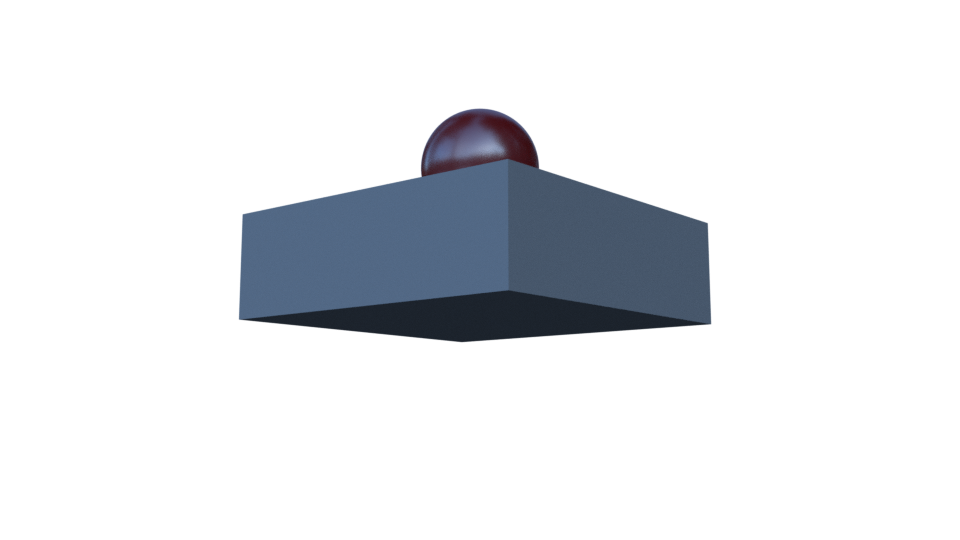 I was hoping it would come out sort of like this mock up: 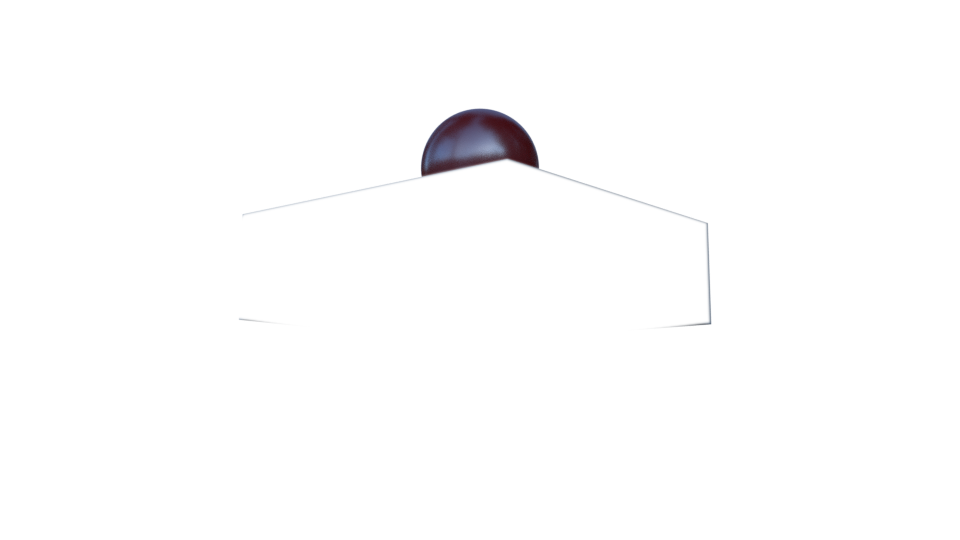 Use the holdout shader. Just be wary it will also not render anything else covered by the shaded object. It will not even render world texture. 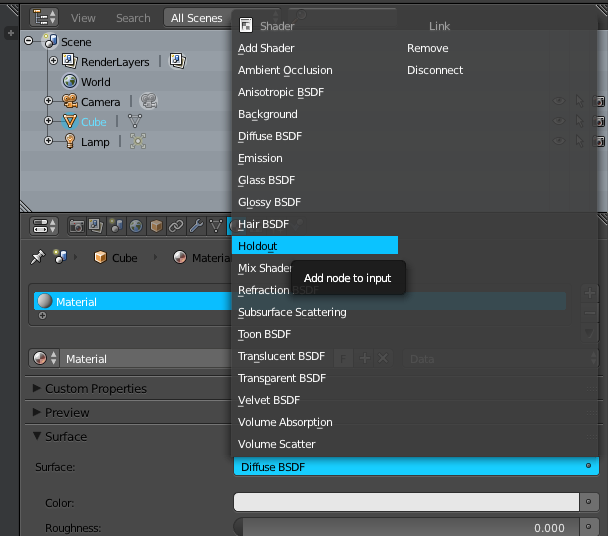 This is in cycles, BTW You find this by going to the material tab, go to surface, click "use nodes". The default shader is Diffuse BSDF, but you can change it using this menu. Use mix shaders in the node editor if you want to mix it with something. "With a Holdout shader, you're basically saying, 'there's nothing here, not even background." When Cycles renders a material with a Holdout shader, it makes that section of rendered image completely transparent, with an alpha of zero. This can be useful in compositing, as the effect can give you a 3D mask" - Blender for Dummies I threw together a quick sample render with very high contrast colors, just to show what I mean. Be careful though, as you can see the mesh with the holdout shader does still cast a shadow. 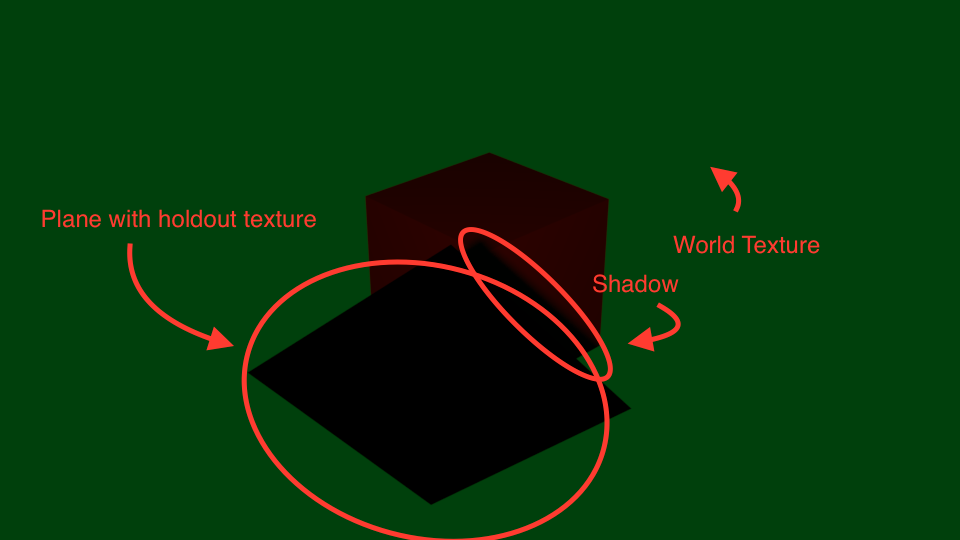 8
How can I make an object invisible when I render in Cycles?
2
Cycles masking object (blocking partial rendering of object)

2
How to hide a portion of a mesh that is blocked by another mesh on a nonrendered layer
0
Object showing up strange in render
4
Best Way to animate lake
1
Is there a way to schedule a render?