I have a mesh with a series of vertex groups, and each vertex group must be resized based on specific proportions (i.e. by a factor of 2, factor of 3, etc.).

The code I've been trying to run is: 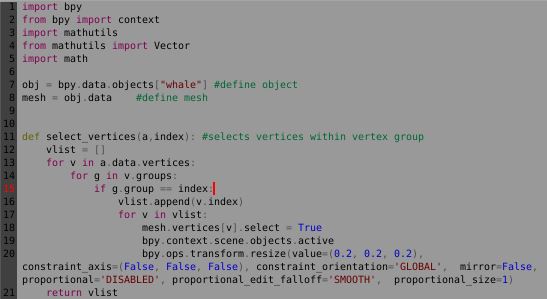 However, this scales the entire object. 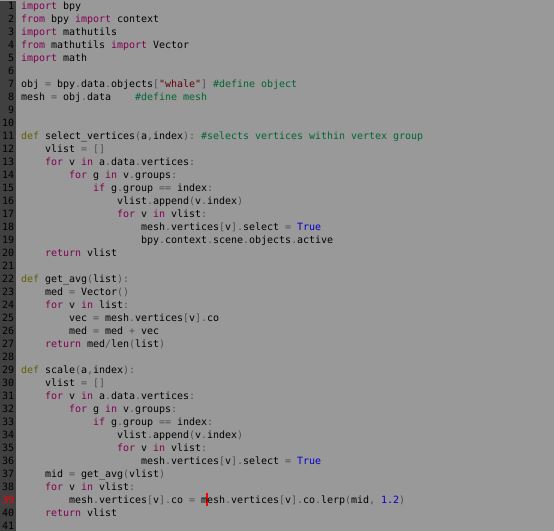 However, this creates the attached image 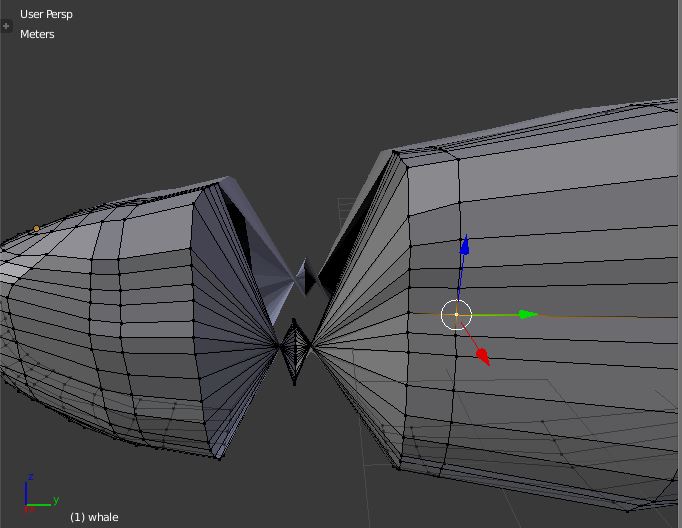 I would like the end result to look like this (which was created by manually selecting the vertices and scaling): 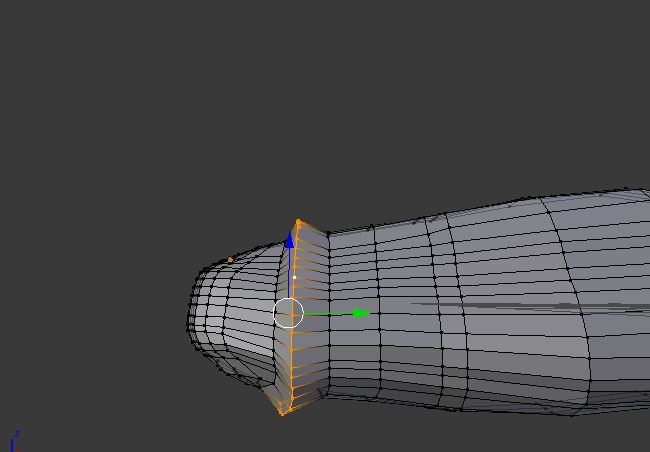 Is this at all possible?

Using a scale amount of 0.2 means scale to 20% of the current size, to increase the size you want to use 1.2 to be 20% bigger than the existing size.

You can also simplify what you have by using two operators to set the active vertex group and then select the vertices in that group.

Part of the issue I see in the first image is that having a mirror modifier causes the scaling to pull away from the centre of the object and I think most of them are going past the halfway point to give you inverted mesh in the middle. One option is to do this without the mirror modifier. The other may be to position the 3D cursor and use it as the pivot point but that may get difficult depending on what else you plan to do.

1
How do I parent a mesh, transferring the vertex groups?
3
Assigning vertex groups to bones precisely
3
Simple methods to smooth out weight paints?
4
How to batch rename bones and their corresponding vertex groups?
0
Scale a vertex group in edit mode
0
Set 3D cursor to selected when scaling vertex groups
0
Renaming an obj based on a Vertex Group script
1
How to add vertices into specific vertex roups
0
How to transform (translate, rotate, scale) Vertex Groups using drivers?
0
What are my options for automatically filling in a missing vertex weight group?