How do you affect only shaded areas in Blender Cycles?

I am trying to make a pyramid shaped planet, and want to make the shadowed areas use a different texture (with city lights) than the areas in the light. I have tried using the normals node, but it doesn't rotate with the planet. 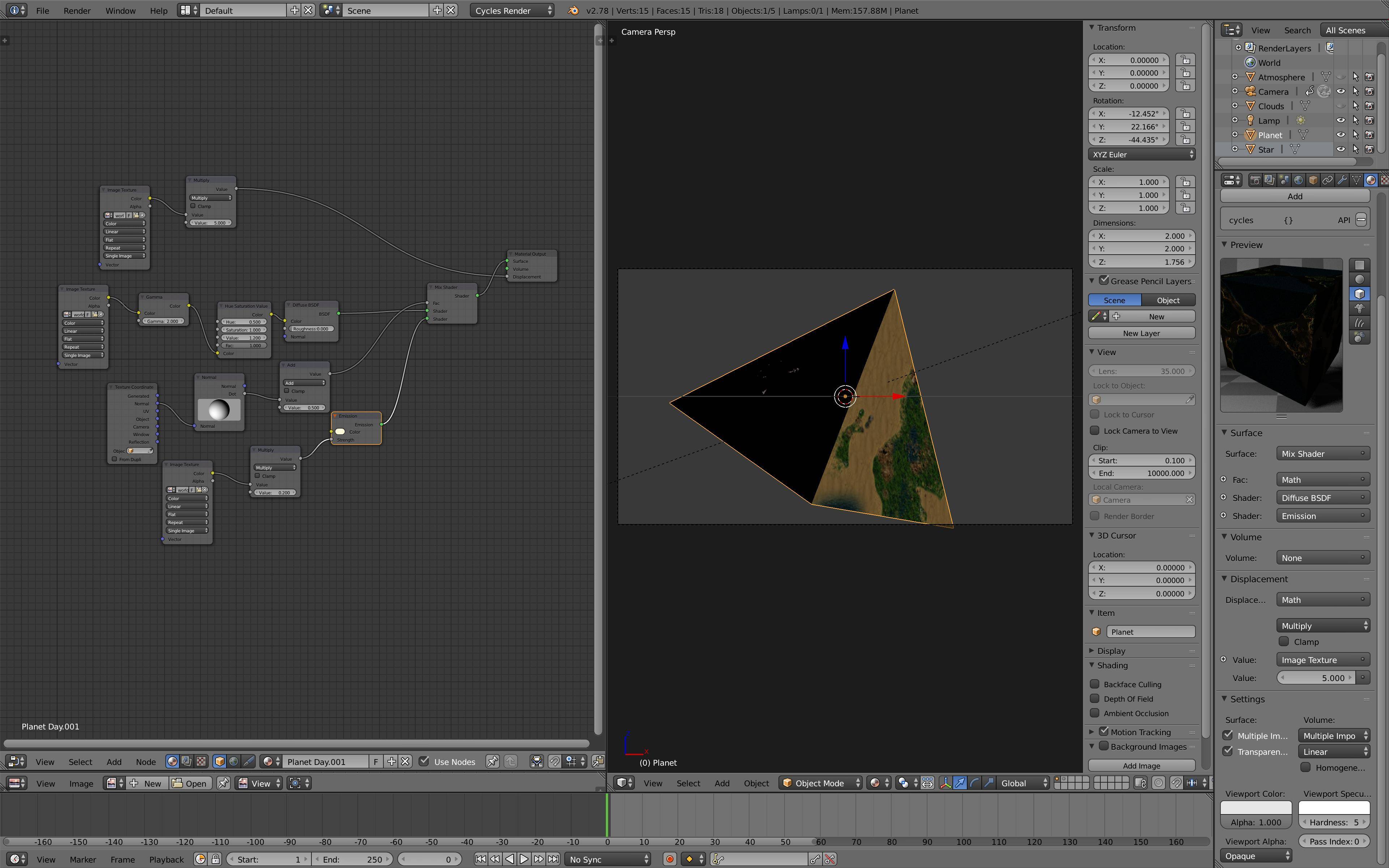 Here's the nodes that I have right now, with the normal node creating the shadow. However, when I rotate the pyramid, the "shadow" moves with the object instead of staying opposite the light.

This isn't a very important animation, so any workaround or solution would be appreciated, given that it's fairly simple.

10
What is a shadow ray?
2
Cycles Render bake over texture with transparency
5
Can displacement output be controlled by light?
6
How to create an infinite plane in cycles?
13
How the Fresnel effect works and how to construct Physically-Based shaders in Blender?
0
Blender Cycles 2.8 Unwanted B&W/gray objects/colorless textures?