I was trying to figure out the following problem. If given two objects A and B, A is scaled non uniformly (i.e. scaled along Z axis), B have no scale transformation - can B object be scaled according to A worlds scale direction and magnitude, which additionaly can be modified by rotation.

I already did somewhat succesfull attempt using directly python, here is an example:

but I am curious if this could be done in Animation Nodes or Sverchok easily.

In the first state the scaling object (red arrow) has orientation 0 and scale of 1 i.e. it has no effect on the target object (black rectangle).

In the second state - the arrow is rotated 47 degrees CW and scaled by factor of 2. The rectangle is scaled in the direction of the arrow.

The third state is similar to the second just different orientation and scale of the scaling object.

I am not sure if there is a mathematical way to describe this transformation, but the closest I can think of is the Shear transformation.

Or translation of vertices based on the distance to the line perpendicular to some vector:

So finally, thanks to the help from Omar, I think I found the solution of the question.

You can see a little demonstration on YouTube here:

and the node setup for Animation Nodes below: 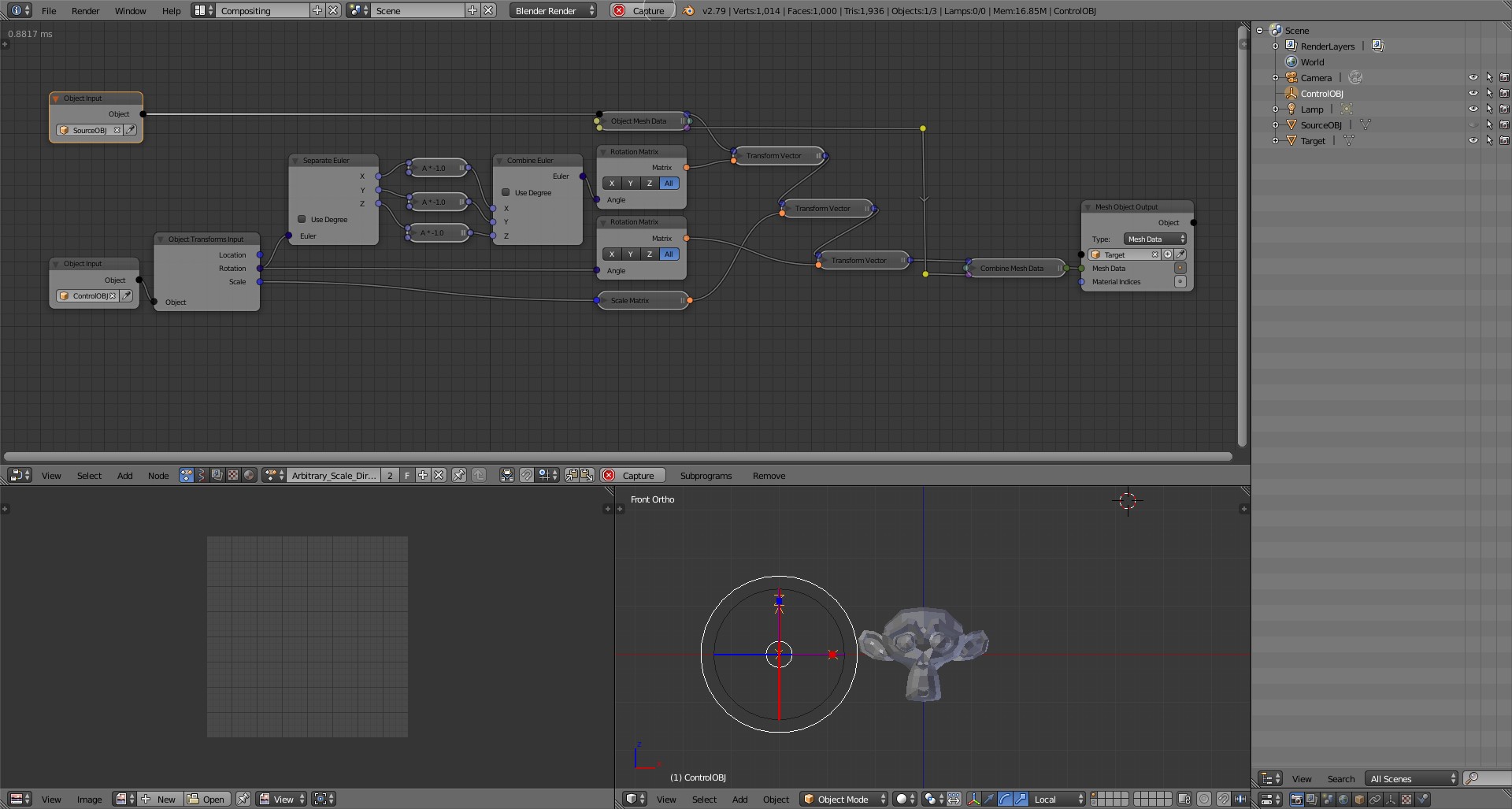 Not the answer you're looking for? Browse other questions tagged python animation transforms animation-nodes sverchok or ask your own question.