BI Lighting Mystery: Ceiling is receiving less light than the rest of the room

While testing out a lighting setup for archiviz in Blender Render I encountered a strange problem. The ceiling is too dark no matter what I try. 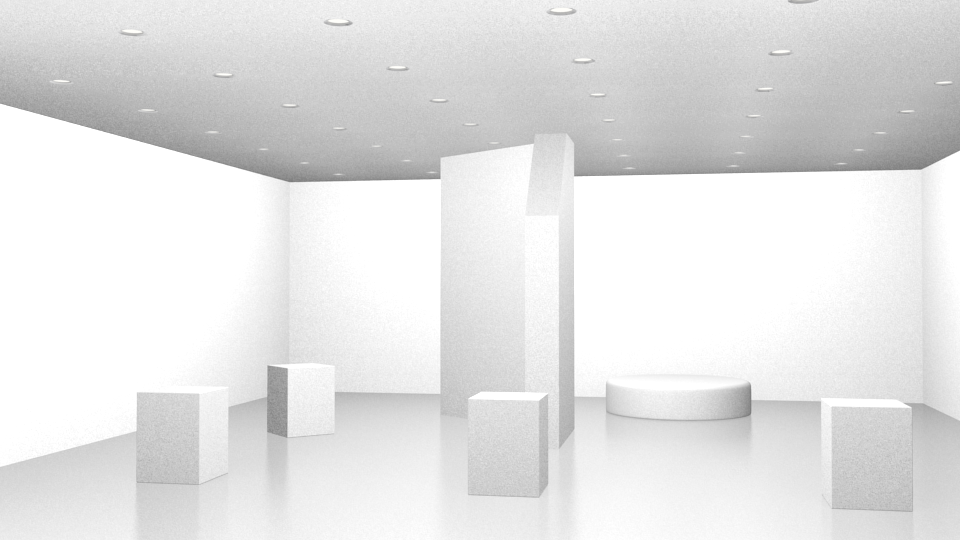 Here are some things I tried:

Things to note: The only light sources are a duplivert array of Point Lamps and the ambient light from outside the room. I tried other types of lamps such as Spot and Area, but settled on Point because I found that the shadows looked best with Point. The other lamp types still didn't brighten the ceiling enough, except when I created a dedicated secondary Area Lamp pointed upward at the ceiling - which caused lighting problems in other parts of the room because the undersides of furniture would glow.

I made a special material for the ceiling that is like the rest of the room, except with some emission to brighten it. It looks better with that on than the regular room material, but doesn't look good because it kills the shadows in the corners. And besides, it's a hack and doesn't solve the real problem.

What could possibly make a ceiling appear darker than the walls it touches?

Well your using Blender internal and not cycles so its not perfectly light emulation. Here are the steps to make it a bit better, first decrease the strength of those lamps

in the world tab:

there are some more problems (placing of lights etc) but above should give you a start for this file.

8
Spherical emitter does not illuminate very well?
0
How can a Diffuse material not be effected by light?
3
HDRI? Sun Lamp? Or Emitter Objects?
21
Meaning of Sun Lamp Size?
1
Cycles: Emission Shader does not bring enough light
4
Cycles lamps have no effect and light disappears if ambient occlusion is turned off
0
Prevent light from lighting inside a closed room?
1
Big white circle for point light
4
How to hide lamp reflection in EEVEE
1
Why does the guard of my sword glow when it shouldn't