I have some problems about animating multiple objects since they're not moving at the same speed and because of that it doesn't seem like the objects are connected during the animation but only in the two frames ''locked'' the It seems like it's because they have origins in different spots, so I set all origins to the 3D cursor in the absolute center, but as soon as I move the objects the origin follows and leaves the 3D cursor... Is it possible to lock the origin to the 3D cursor so it stays there even when you move your object?

I know that I can just move the object and then replace the origin back to the 3D cursor, but then the animation goes crazy, so another idea?

Pic 1) This is what I'm starting with. All parts have to be animated, but since the white parts only move up and down, there's no problem, but the blue parts have to be rotated, and that's when it goes wrong during animation...

Pic 2) This is where the animation should end. Notice that the spikes marked with a red dot never leave the standard plane (the red line). It looks fine in the first and last frame of the animation, but the time in between go crazy.. doesn't move at the same speed, rotate around, and the spikes aren't at the red line through the whole time.

Pic 3) The blue parts are just connected to the white part as you see it in this picture... The blue ring just has du stay around the white peak, and don't break the laws of physic by moving in between or through the object.

Pic 4) This is just the full ''product'' so you have a better idea. 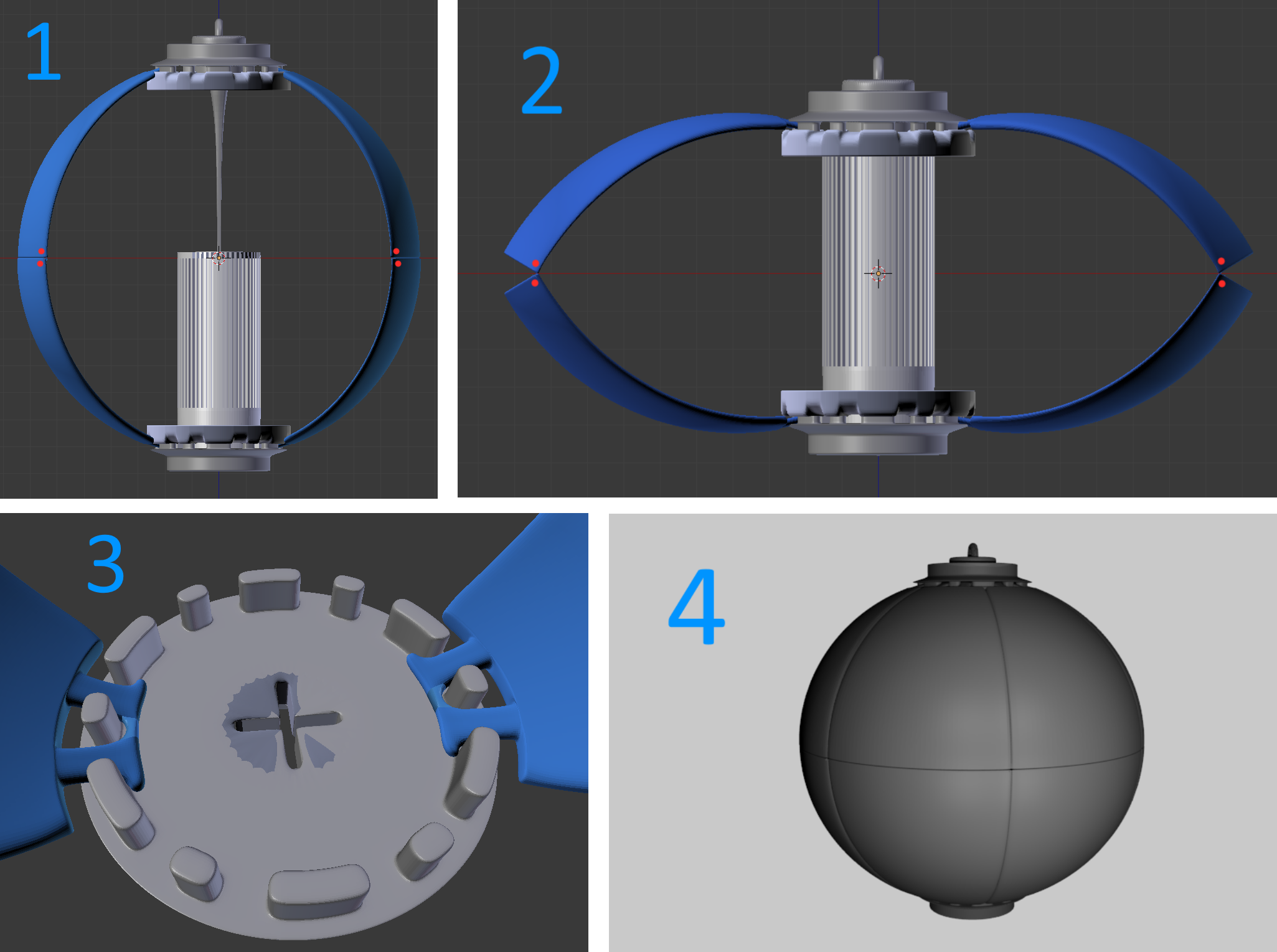 You should definitely look into rigging. It's often used to animate characters, but has a place anywhere you're trying to deform an object like this.

I would add several bones along your shape, then parent the shape to the armature using envelope weights. See here.

Not the answer you're looking for? Browse other questions tagged animation objects 3d-cursor origin or ask your own question.

2
Change object origin precisely?
2
Move the origin point to the cursor in Edit Mode
1
How to keep origin point/cursor on object
0
how to move origin point to center of object
1
Why Set origin to 3d cursor won't work?
0
Isnt any solution to move the 3d cursor and origin to pivot?
0
Making sense ot the 3D View and aligning and rotating objects by specific values
1
Vertex Parented empties become offset after Set Origin to 3D cursor?