This might be a common question, but I can't find anything about this problem in particular since Im not sure what this effect is called in technical terms.

Most painted walls I see in real life have, when seen at a certain angle in sunlight, an unevenness to them. In the roughness/gloss.

I see that most skilled 3D artists recreate this in their renders when doing interiors with white walls etc.

I've tried to achieve this in Cycles using a noise node plugged into the roughness. I doesn't seem to be the right way to go though, since other people get a result much closer to reality.

I snapped the attached image earlier today just to clarify what I mean. It's an exterior wall but the effect is the same for interiors. This wall seems to have a flat diffused color when viewed from the front. This effect only shows from this angle. 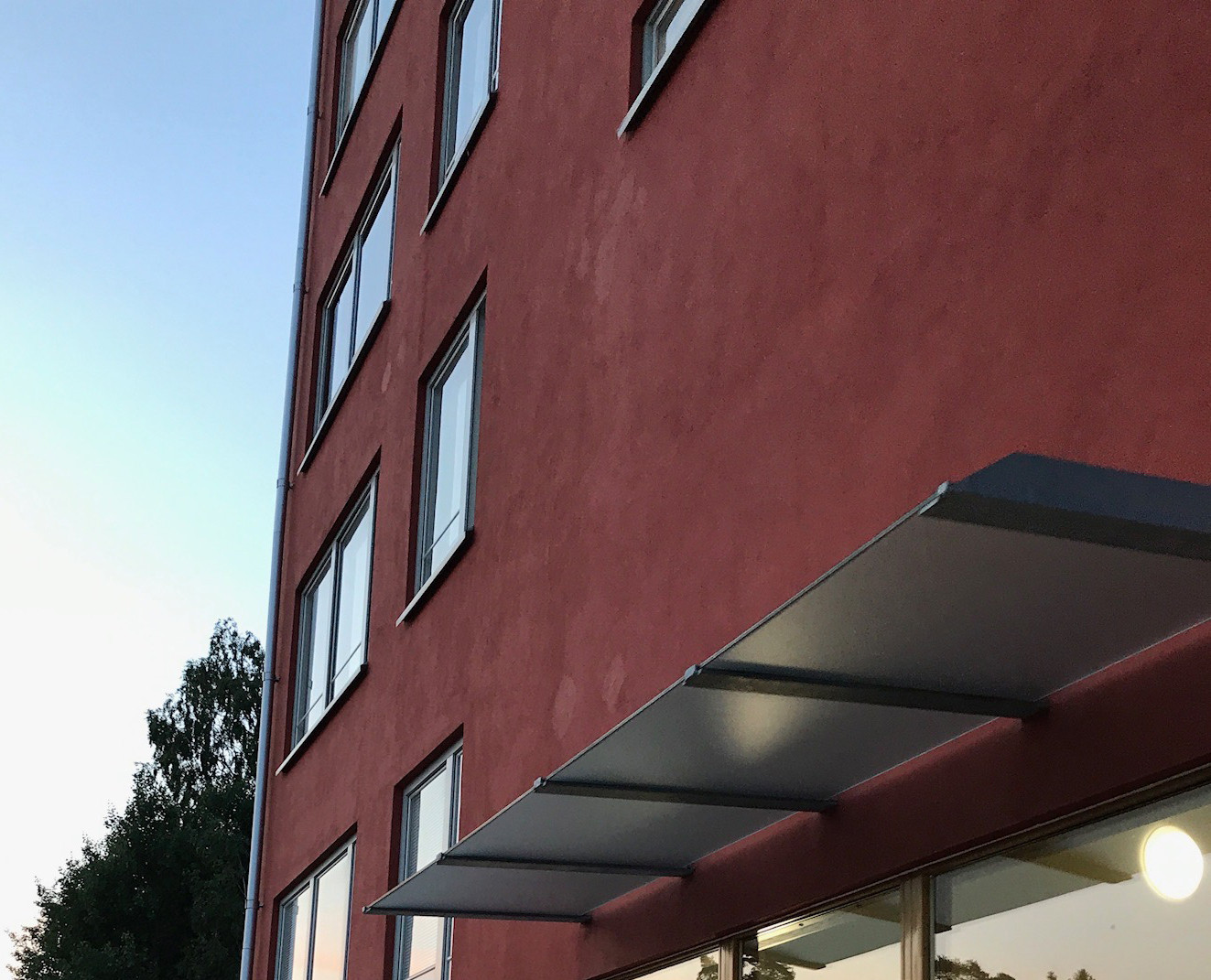 It's just a matter of finding some good contrasty and varying detail to put in the roughness map and hitting the right range of values. Assuming you're using a PBR shader, that is. If you have Substance Designer it has some nice noise patterns for this sort of thing. Otherwise (or even with SD!) photographs of dirty concrete usually work wonders. You can find these on any stock texture site, or try shooting your own if you find yourself at some place like an abandoned military site. (I have a bunch of personal ones I shot at Fort Stevens)

Often I find it easiest to create this kind of effect by starting with a constant value roughness around where I want for the surface, then blending in some noise or concrete photos using a blend mode like overlay. (overlay does a mix of brightening or darkening within a 0-1 range, so it's well suited to this sort of thing) 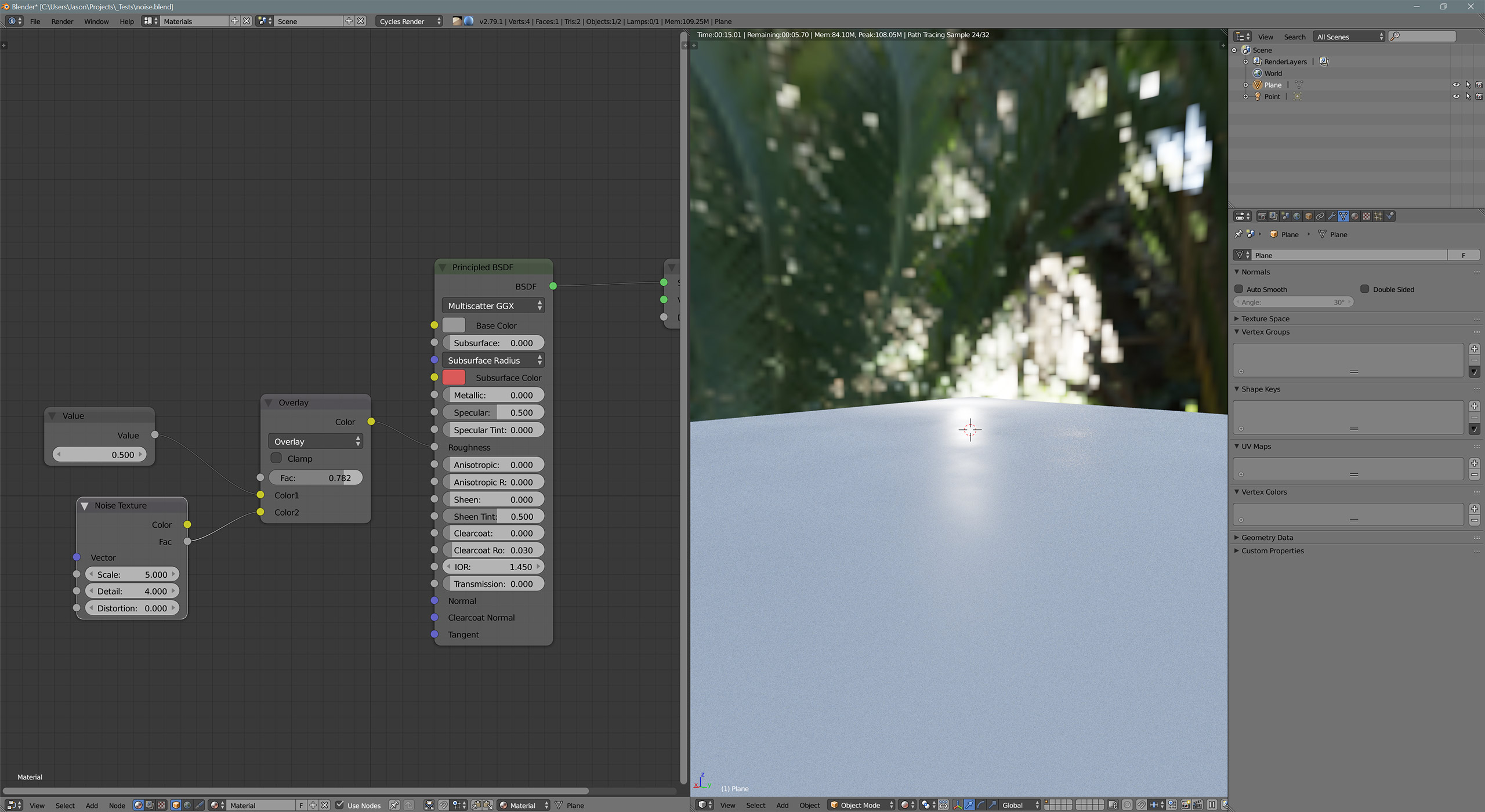 Start with the mix factor of 0 (just the constant roughness) and increase the mix factor until you start getting a nice breakup in the specular highlights. The example image there just uses a single instance of Cycles' noise node, which doesn't make the most detailed of varying textures. You'll often want to combine several procedural textures, or use photos of stuff like dirty concrete, or use an external tool with more complicated procedurals such as Substance. Sometimes using a ramp or levels can help you control the values in the texture so you don't get crazy ranges.

This is actually a fairly important thing to get the hang of in realistic texturing, as most smooth surfaces will get this sort of look on them once they've been exposed to the elements or fingerprints for awhile.