How to create real tilt-shift lens blur in Blender? 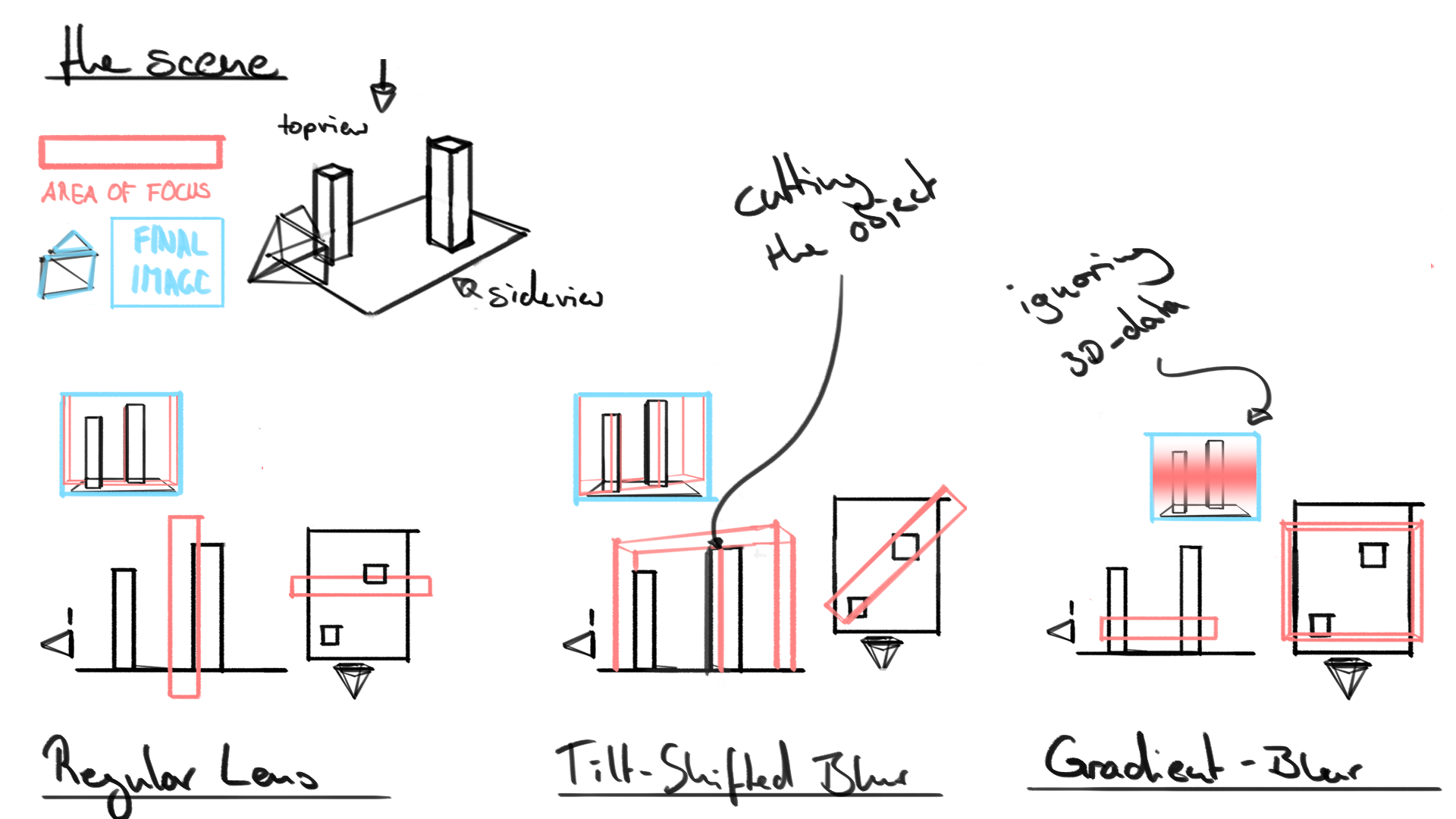 I basically want to rotate the DoF-Plane just as a real tilt-shift lens does, so that the depth influences the blur and not a gradient. Is there a way to recreate this effect in blender?

I want to provide an alternative to cegatons answer. This is an attempt to reproduce the behavior of a real Scheimpflug. The focus plane is supposed to "cut" objects. When you create the focus plane in post however, it doesn't intersect with the objects. To mimic this behavior, follow these steps: 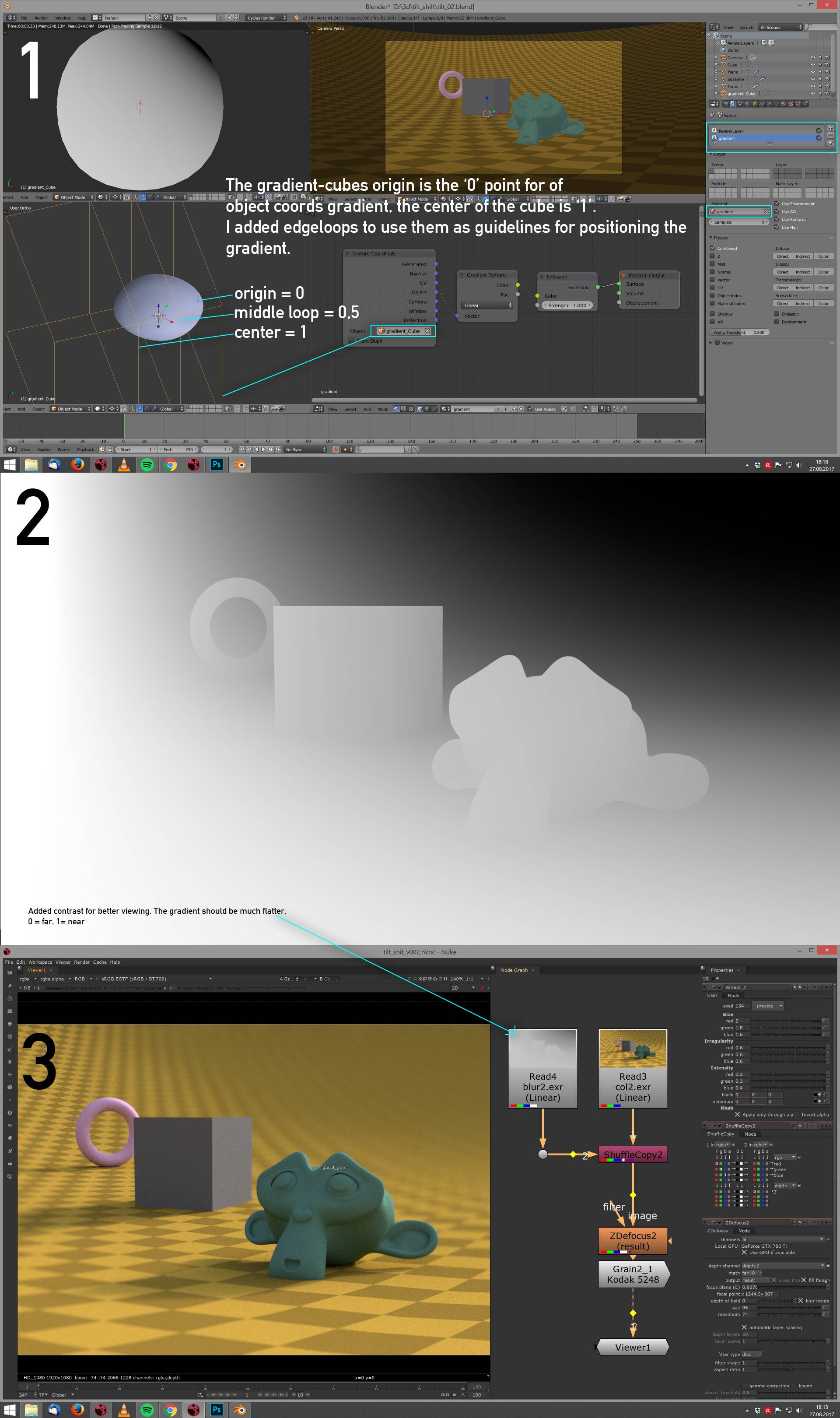 The result with animated gradient-cube:

In regards to the Selective Depth of Field effects, you could fake them in the compositor using a black and white image connected to the Z-Pass socket of a Defocus Node. That way you can affect whatever portion of the image you want. 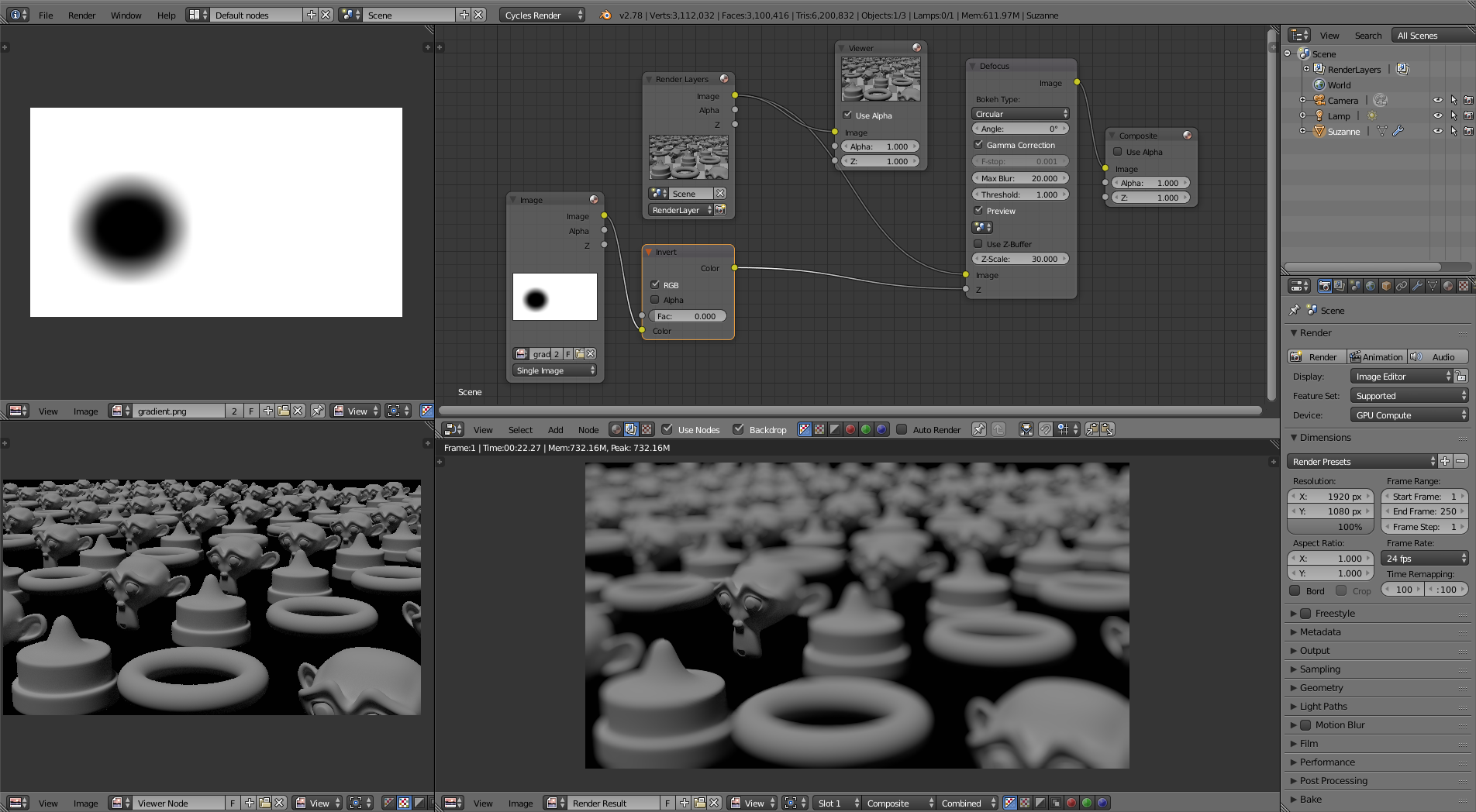 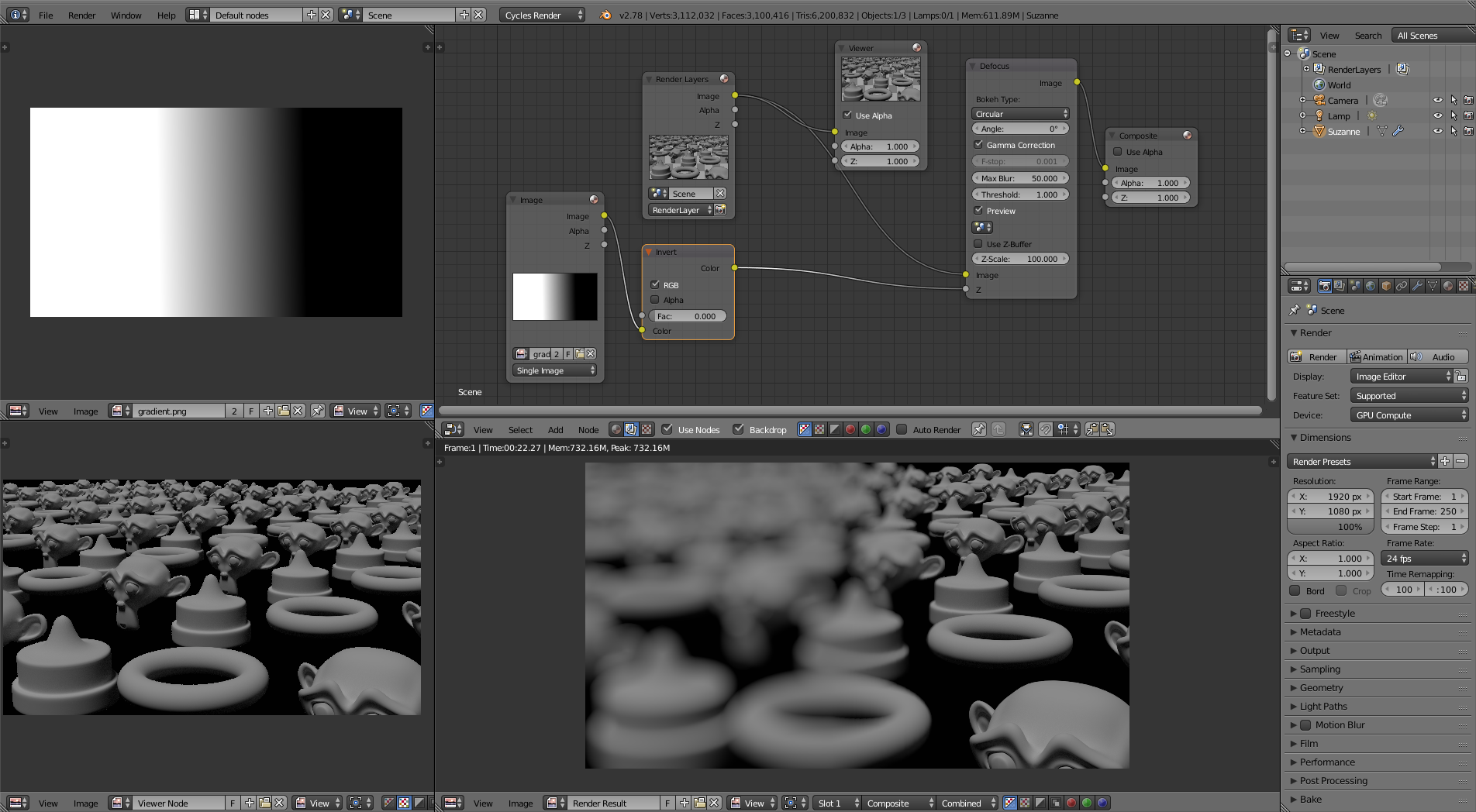 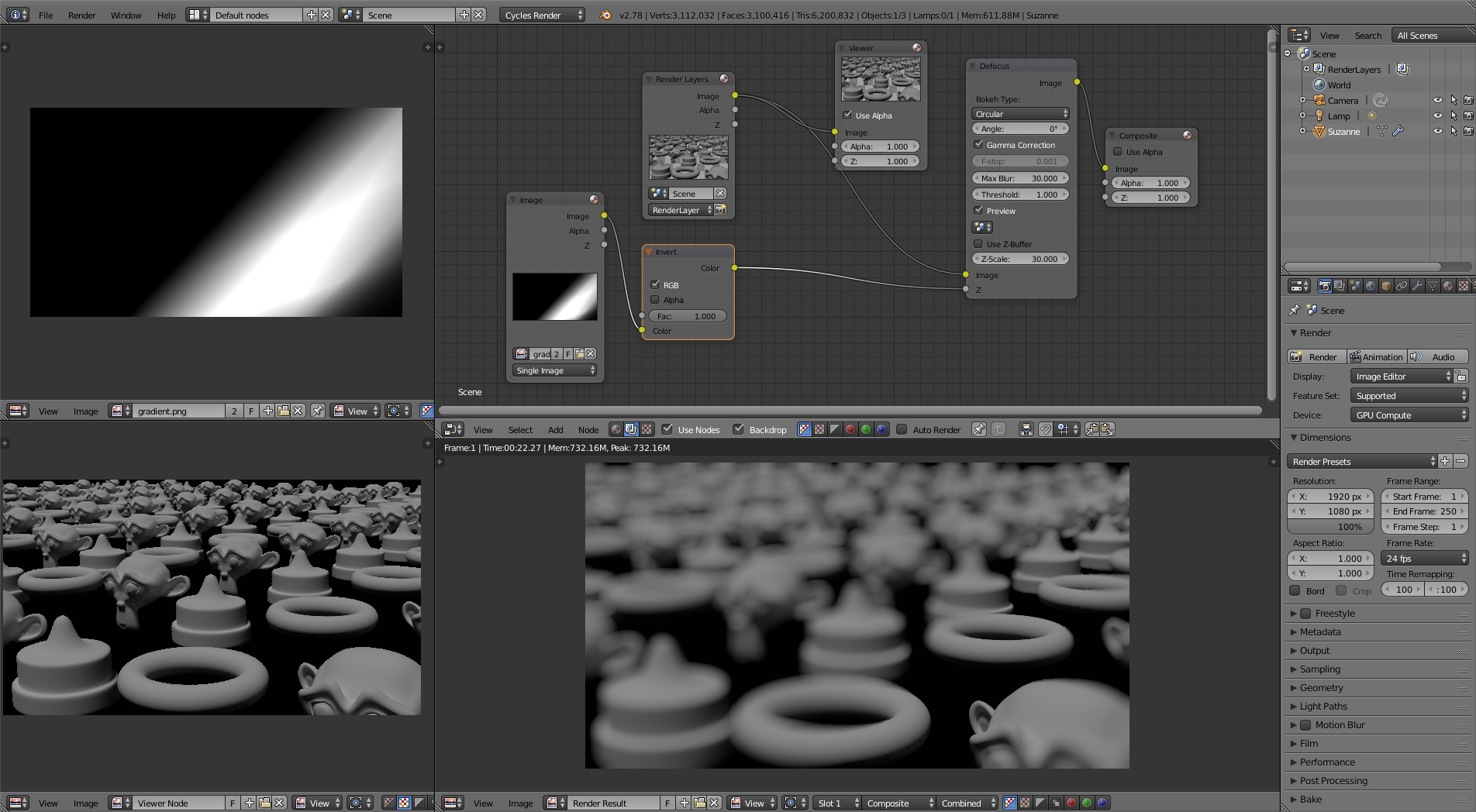 You can alter the relation between the lens and the focal plane using the SHIFT values for the lens. That will give you the same control you'd get on a studio camera. Note that shifting is done parallel to the camera plane, there is no way as far as I know, to rotate the camera plane from the lens plane. 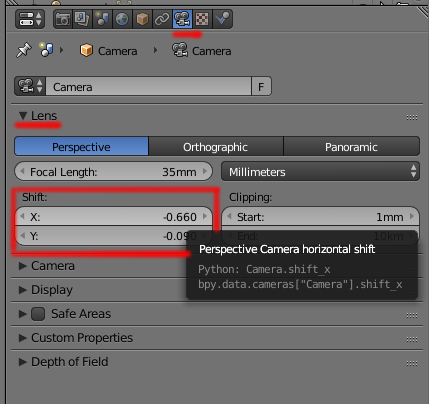 This example show the same scene, with the same lens, WITH THE CAMERA ON THE SAME PLACE, and how shifting affects the perspective (I was trying to keep the object on the left in the frame to magnify the effect): 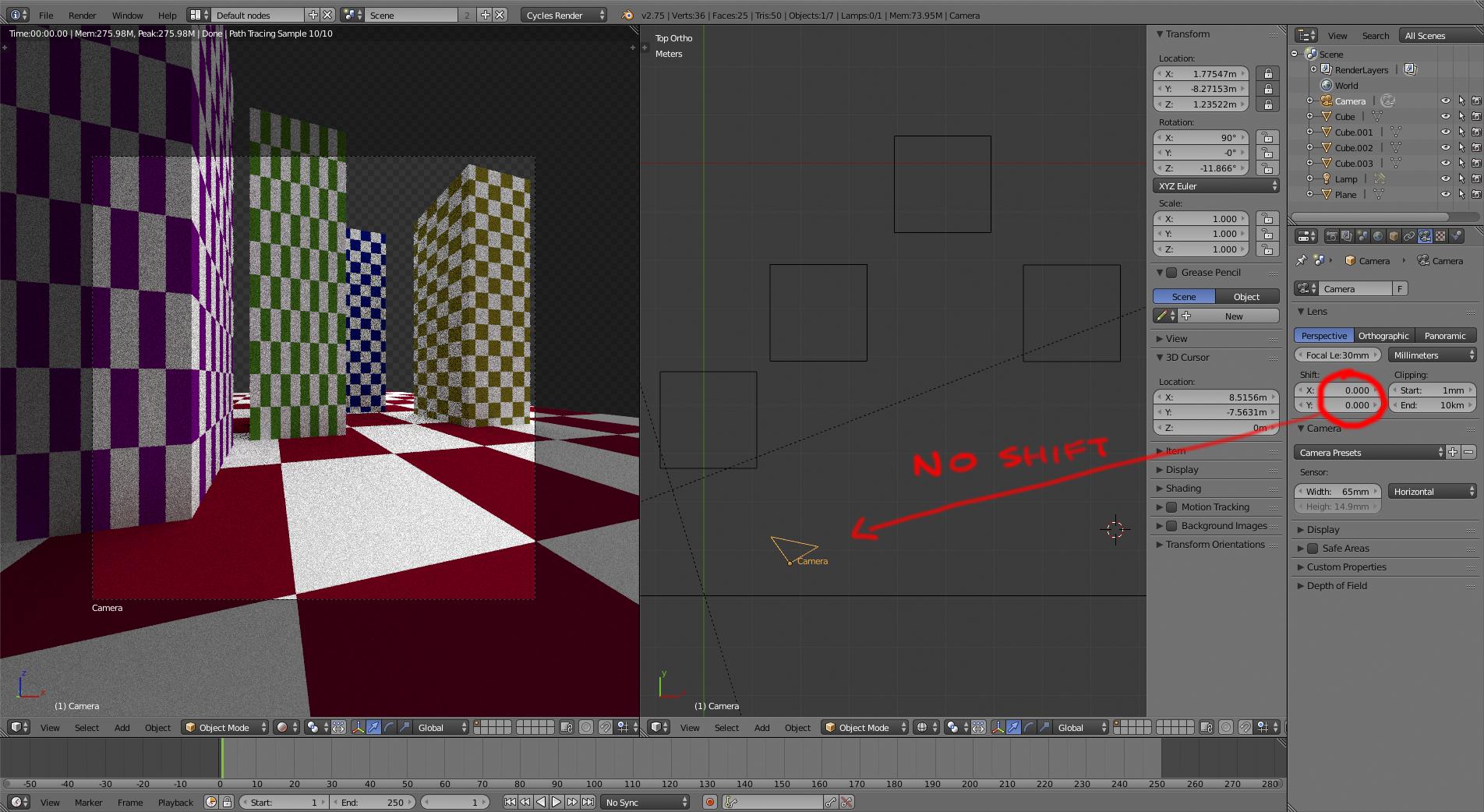 24
How can I get a Depth of field render pass?
15
Real depth of field in blender, without post processing
12
Blender (Cycles) Manual DOF
1
Animating the camera's focus during a render with motion blur
6
Can I control depth of focus (v depth deph of field)
3
Match Depth of Field of Background Image
5
Depth of Field F-stop not doing anything?
1
Rotated Gradient Blur in Compositor
1
Can cycles render motionblur and dof at the same time in 2.80?
6
Swirly bokeh like that of a Helios 44m 2/58?