I was wondering if it's possible to get AO shadows on a model using the material node editor without baked textures or vertex colors (or the compositor). I've tried finicking around with the AO material but it always results in the model becoming much brighter and less blended with the environment. If anyone knows if it's possible I'd love to know.

The Ambient Occlusion shader can look unrealistic because unlike most other cycles shaders, it is not based on how light interacts with materials in the real world.

Instead, the lightness of shadows depends on how far other objects are. If it "sees" an object close by, it assumes that part of the mesh should bee in complete darkness. Otherwise, it produces a lighter color. If the ray tracer reaches no objects at all and reaches the sky, it produces very bright colors.

While unrealistic, AO has it's uses. It will usually give you less noise than the diffuse shader, whose behavior it very loosely imitates. This means that you can sometimes get away with fewer samples (and hence a smaller render time) by using AO.

However, this will not give you a realistic rendering. If you are willing to use more samples and want a photorealistic picture, use the Diffuse shader instead.

You can compensate between realism and quick rendering by mixing AO and Diffuse using the Mix node: 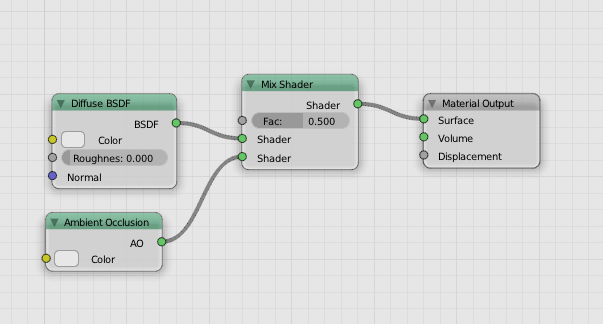 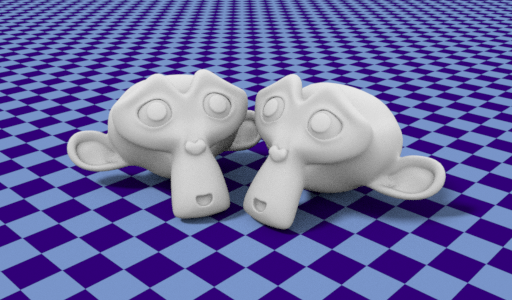 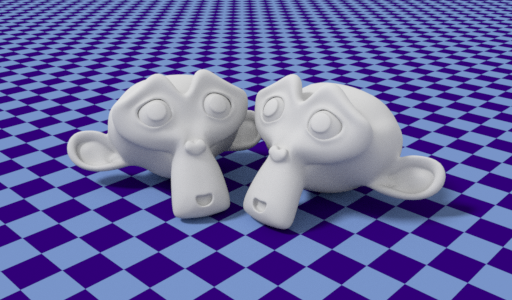 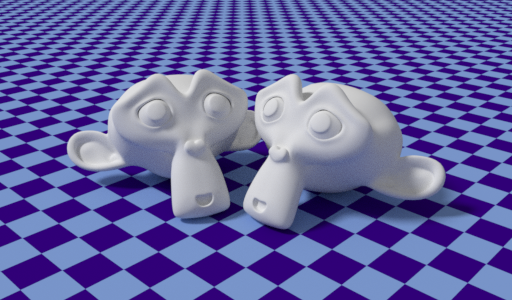 Notice that mixing the AO with diffuse, you can reduce some of the unnatural brightness resulting from AO.

After much experimenting in Cycles trying to get it without baking, the best way I have found is to use compositing with AO pass. This gives you a way to tune the AO output with brightness/color/curves before applying it to your scene. The problem with that it forces you to manage the entire compositing of other layers as well, like emission, environment etc.. which is not trivial. The good part is that you get more control!

As a start, I suggest: 1. set the desired AO distance and strength in the world settings. Check out the rough resulting look in 3D view or quick render 2. enable AO pass in render layer settings 3. enable compositing node: * add RGB curve or Brightness/Contrast or ColorRamp to control the AO pass layer * use overlay or multiply to add it to your base combined rendering pass.

Here is a quick example of what can be achieved with simple brightness/contrast on AO. Left Suzanne base combined pass, right with tweaked and composited AO. 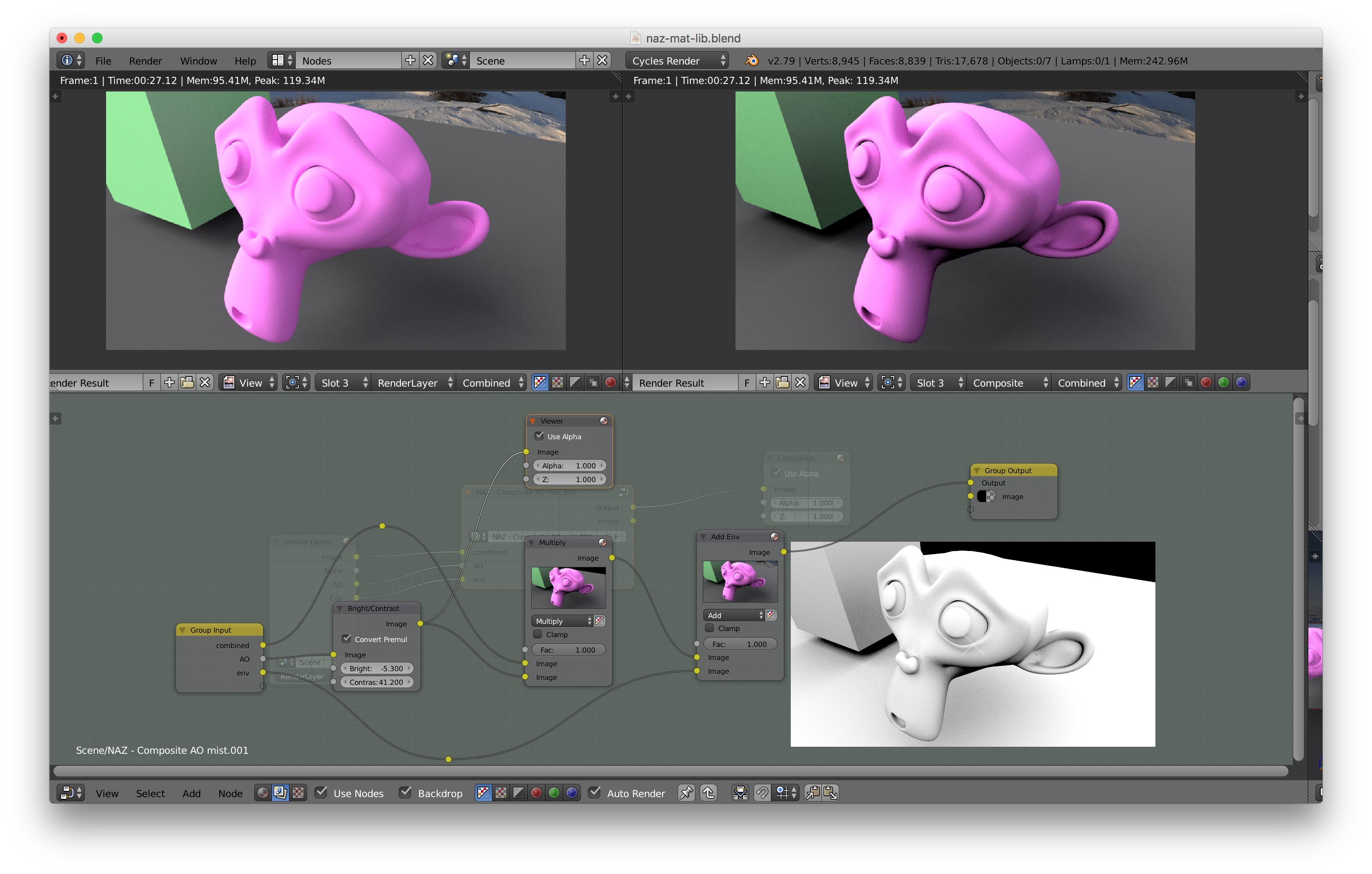 BTW, I also tried the AO look combined with volumetric fog (volume scatter) which creates very weird strong shadow results. Basically AO and volume scatter don't mix. I ended up rendering multiple passes, one with AO composited and another one with Mist pass only added on top.

14
How to bake to vertex colors in blender cycles?
1
Can you bake materials (not textures) in Blender?
0
Cycles Bake yeilding bizarre textures and wrong colors- any ideas?
0
Color into Alpha - Nodes and Vertex Paint
0
Texture baking not working?
2
Does "Hide Value" do anything on an Output socket? (Isn't it always hidden?)