Extending the limit of UV Maps an object can have

A little quick one here, but I seemed to have run into a large problem when UV texturing an object. In the object under the data panel, I've successfully created and used a total of eight UV Maps, all with there own names, (Including the first UV Map before I added others).

However, now that I've went back in to add another, it simply does not respond, it doesn't add one, and doesn't give me an error message or whatnot. Is there a limit to how many UV Maps can be on one object? Or is there a button I can switch to allow me more UV Maps?

I've seen from another question here that someone once had hundreds of UV Maps on single objects, so I don't think its a limitation, but I don't know what's really causing this.

EDIT: I tried to add the UV Maps in the Python console, and the same limitation happens, but this time I get a message when I reach the eighth map. 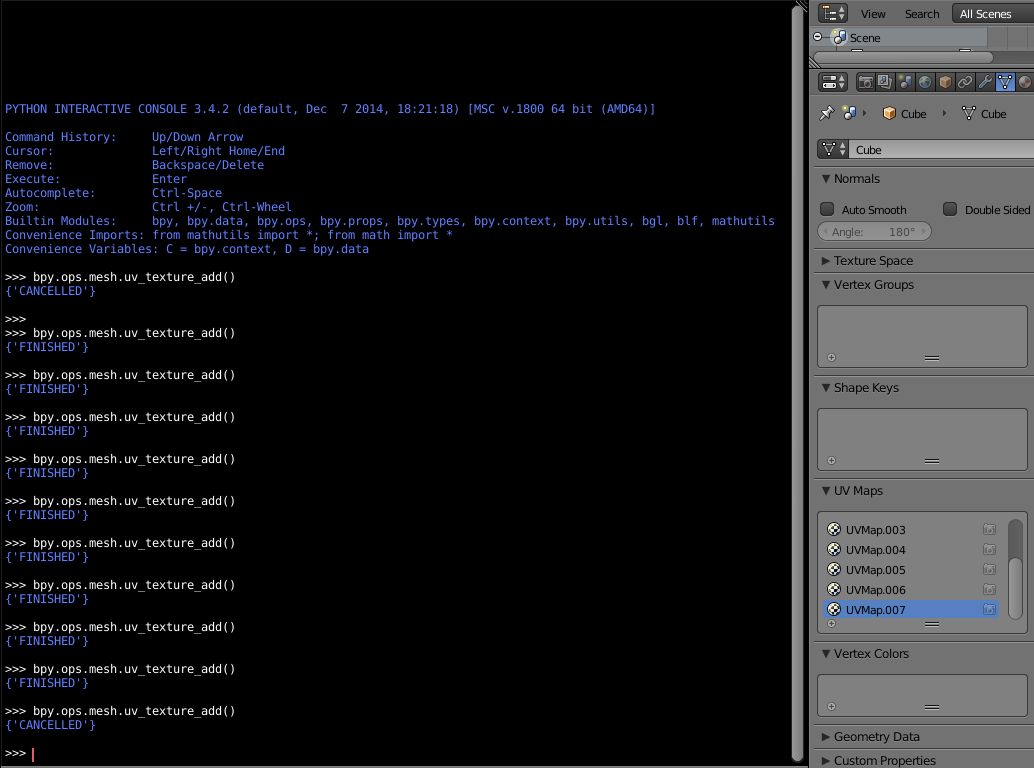 It says "cancelled" if I input another command to add in another UV Map. Is there a way to fix that so I can add more?

EDIT: I tried out creating two objects with the "maximum" amount of UV Maps and combined them, but it did not create any new ones.

I also read here that there was a maximum of eight available texture spaces. However, that was from two years ago, and I don't know if it's been updated...

I'm using blender internal by the way if you didn't know.

Any help will be appreciated.

Browse other questions tagged uv uv-image-editor or ask your own question.

2
How to efficiently remove a huge number of UV Maps from an object?
0
Working around the UV Maps limit

2
Is there a way to copy UVs between maps on the same object, or merge maps into one?
2
How to efficiently remove a huge number of UV Maps from an object?
1
Multiple UV Maps For 1 Object
1
Transfering UV Maps/Custom Normals to identical object
2
How can I have multiple separate texture maps for separate objects? Is it possible?
2
Is it possible to apply two different displacement maps to two different regions of a mesh in Blender?