Randomize the radius of a curve

I have a curve object that includes several curves. I want to randomize the radius of each separate curve piece. Each point on the curve piece should have the same radius, but each piece has a different random radius.

Some control is necessary. I want to be able to set a minimum and maximum number for the radius.

Is there any existing methods or addons to do this? How about with python? 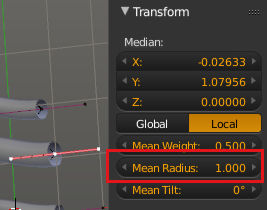 If you have a single curve object that includes several curves, changing the Bevel Depth in the Geometry panel will change the radius of all curves in your object...

One way to do what you want, is to create several curve objects and to join them in a same group named 'curve_group' (this name is used in the following script).

Running the following python script will change the depth randomly from 0.01 to 0.1 :

If you like to do this procedurally, you can use Sverchok Add-On to quickly access those joined curves, get the points of each curve, regenerate them as NEW Curves all with random radius. 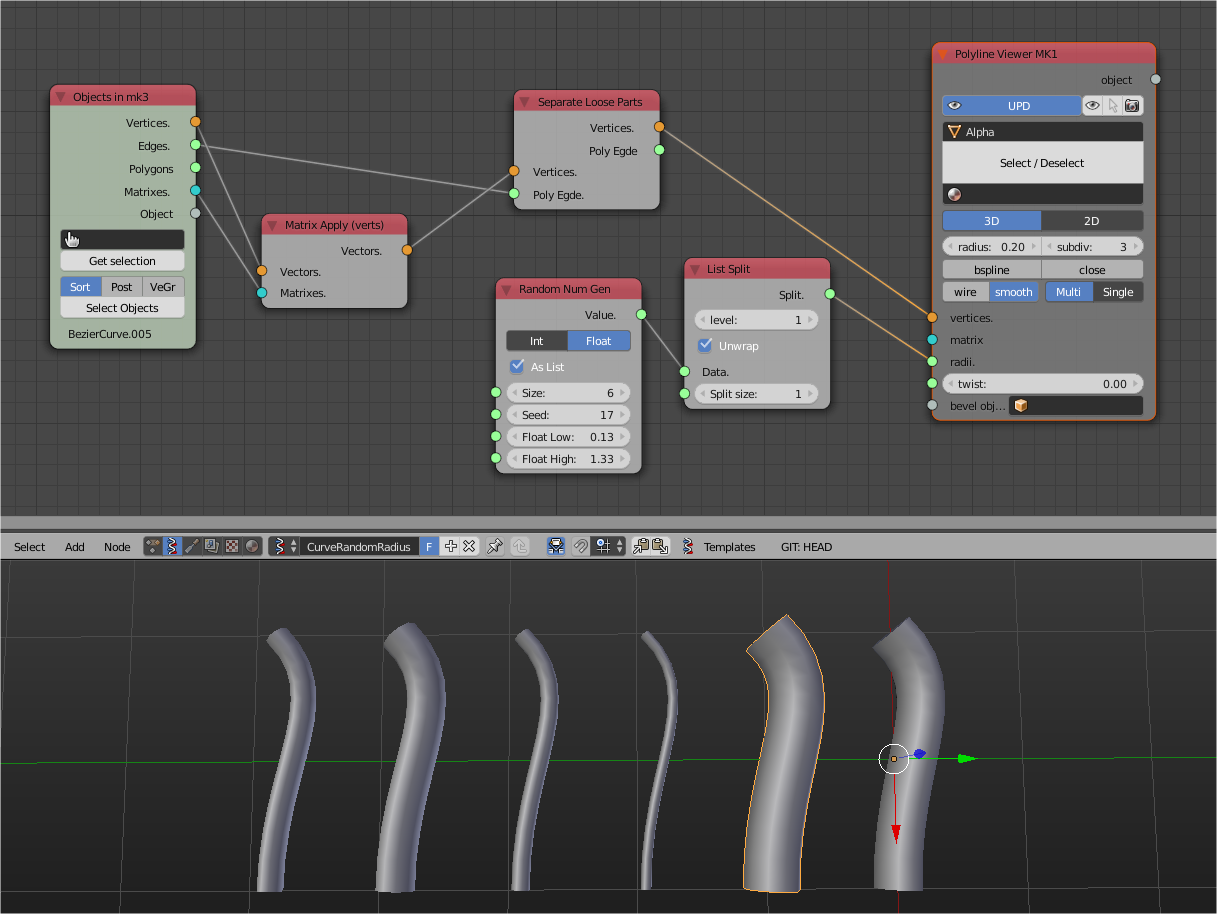 If you want to keep the original single Curve object with multiple Spline, you can really use Python and directly targetting the Bezier Point Radius. Visually shown here using Sverchok: 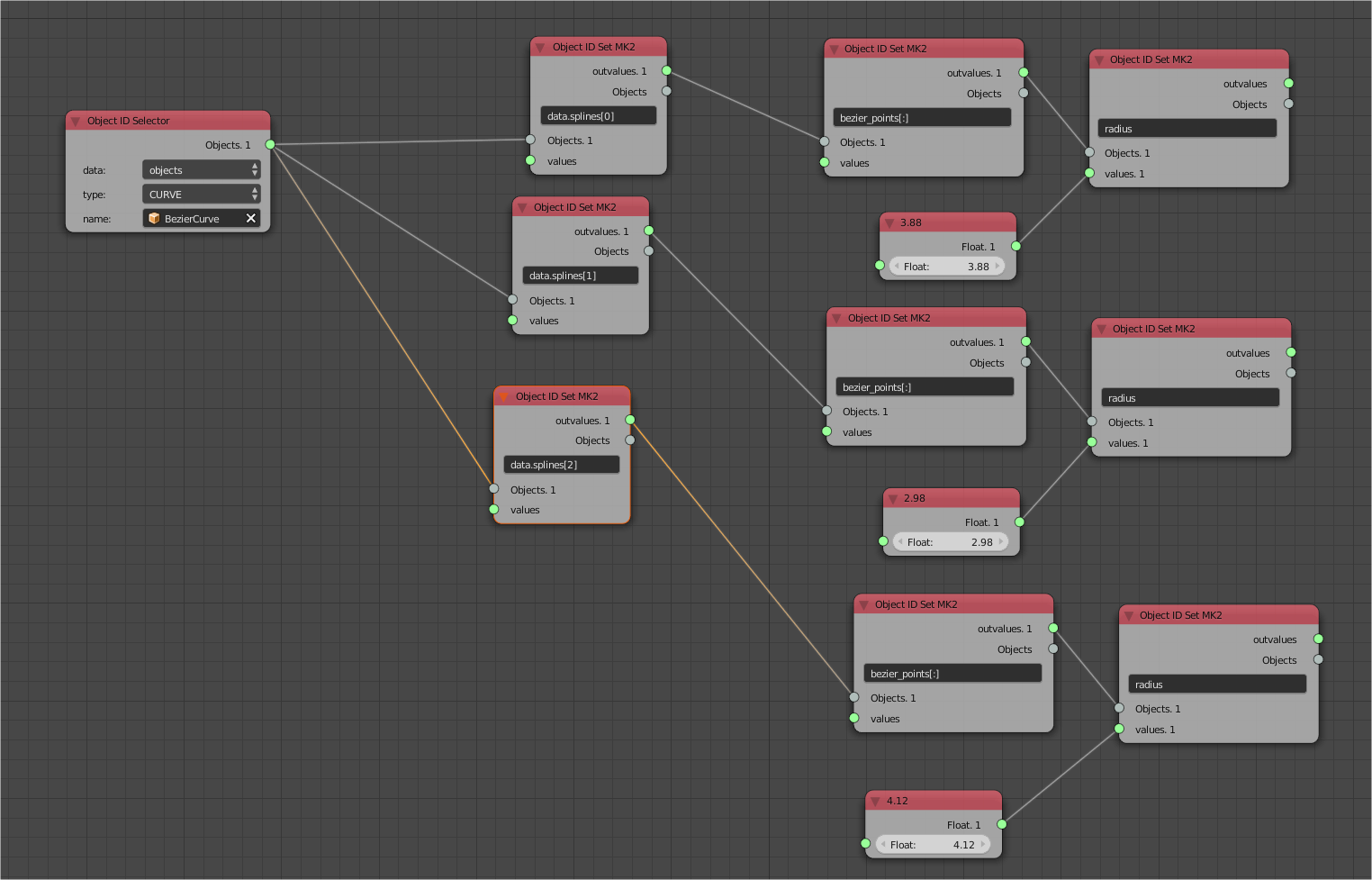 Thanks to SV Dev Zeff also we have this way to do it:

Not the answer you're looking for? Browse other questions tagged modeling scripting add-on bezier-curves or ask your own question.

5
Curve tools: is there an add-on to join overlapping curves?
6
Curve modifier only follows first Spline of a Curve Object
2
How to access coordinates of Bezier curve control point handles?
14
What are the practical differences between beziers, nurbs and paths?
1
Bend a bezier curve along bezier curve
1
Extrude Curve Between Two Paths
9
Freestyle: control the Thickness of stroked curve using Radius?
0
Setting radius per point