I have seen the tutorials involving the use of the compositor to produce an atmosphere, but I wanted to be more authentic.

Since Cycles now has volumetrics support, I have tried using the sphere gradient texture connected to a color ramp (knowing that black is 0 density and white is 1) to get an accurate density falloff (a factor of 10 every 10 kilometers), but the volume density still reaches the outer edges of the mesh.

Any way of doing this?

Here is what I have come up with for a homemade 3-dimensional linear falloff spherical gradient texture (plugged into a volumetric emission shader to visualize). 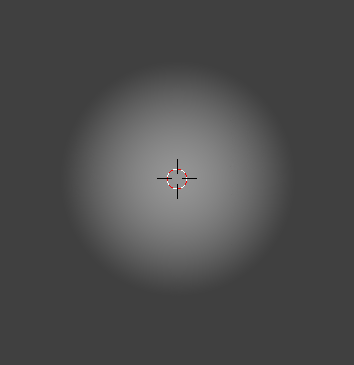 The object this material is applied to is actually a cube.

It works by calculating the distance from every point to the point (0.5, 0.5, 0.5) in the object's bounding box (using generated coordinates). This creates a gradient from 0 to 0.5 (going out from the center of the bounding box), but a gradient from 1 to 0 would be much more useful so this value gets multiplied by 2 and inverted by subtracting from 1. (Ignore the math node labeled "clamp to [0,1]", it's accidentally left over from an earlier version.)

You can then plug this value into an RGB curves node (or through a few math nodes if you want to be more precise) to create whatever kind of falloff you want.

Here is the .blend so you don't have to manually copy all those math nodes!

I may have an answer to your question. I love space and I use Blender. So I know how to do a planet atmosphere shader in Cycles Render.

Here, I've three spheres : The planet surface, the clouds, and the atmosphere 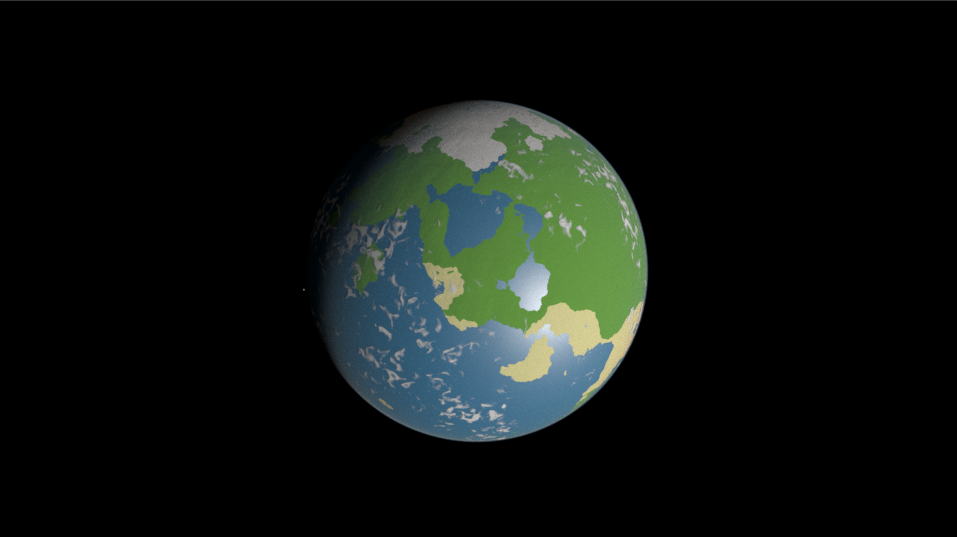 But if we go closer to the surface, we can see some differences. 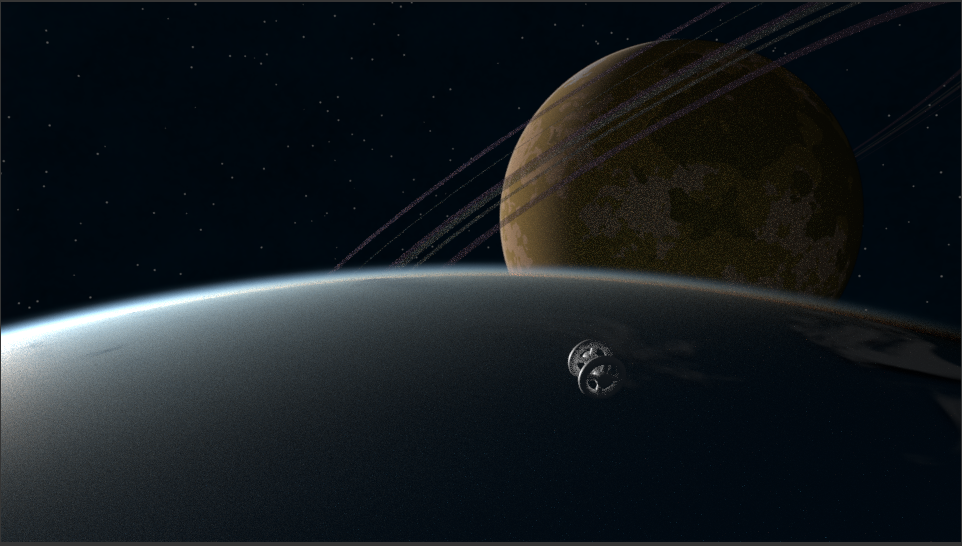 Of course, it's based on a volumetric node material 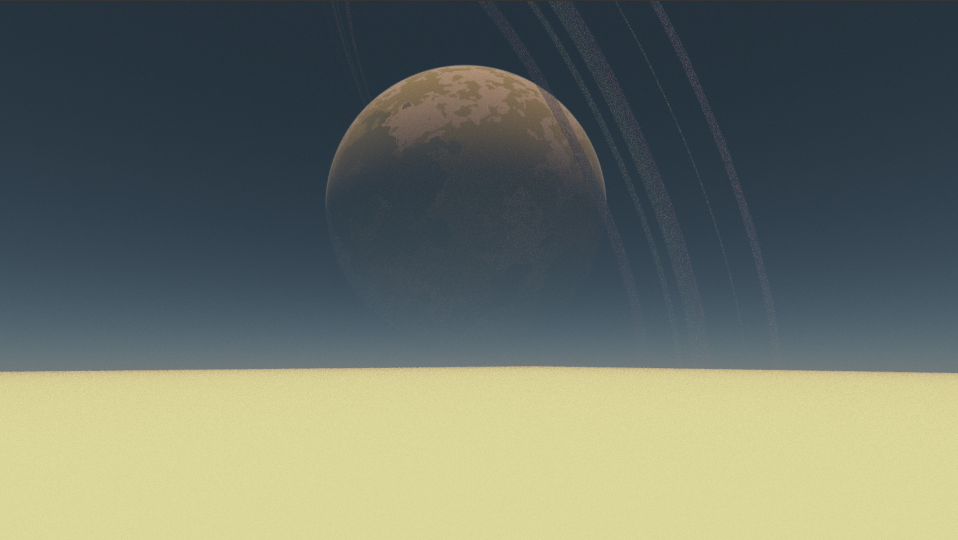 So here I have the atmosphere node material. 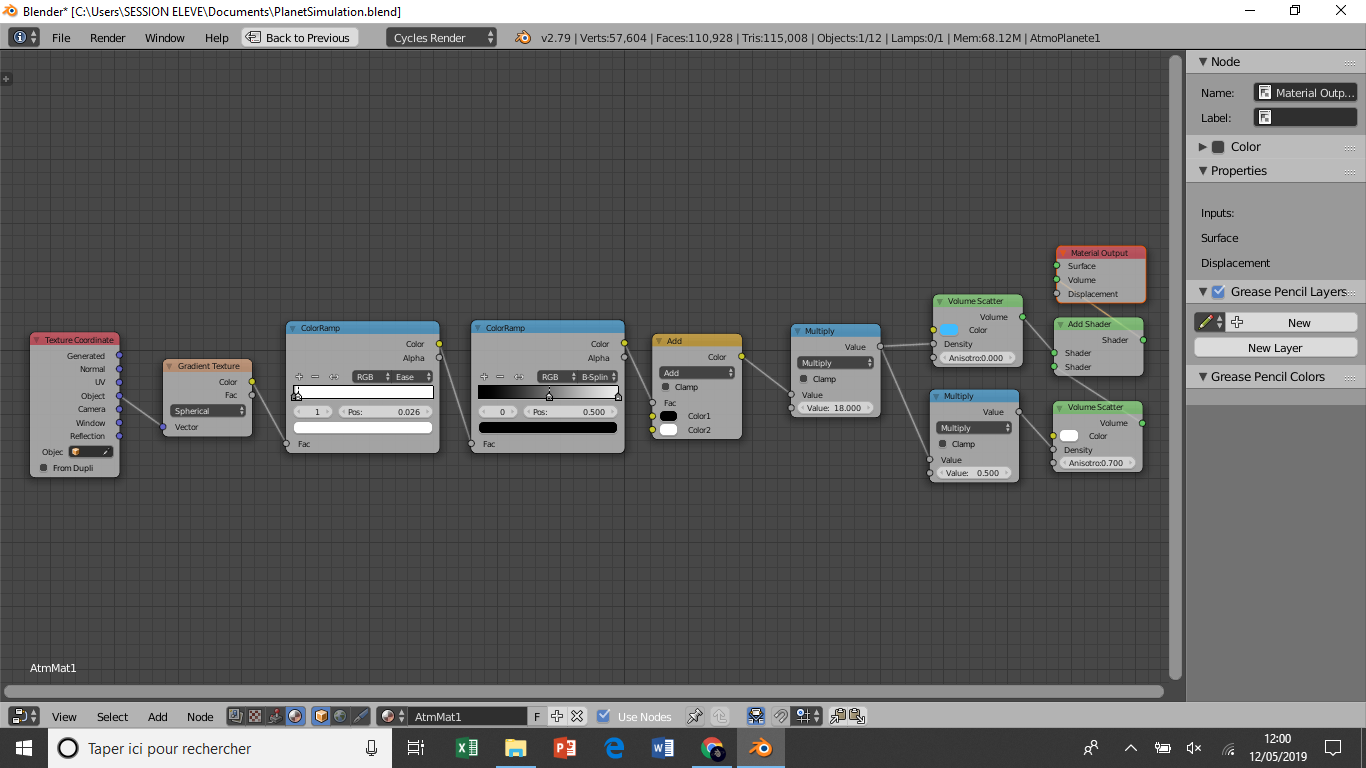 That might take a little bit of time to render a good picture, but the density factor must be higher than ten to get a blue sky.

You should be able to control the density by adjusting the values on the color ramp.

I'm a bit of a noob at volumetric effects, but what I do is by using the Layer Weight node. Here's an example - 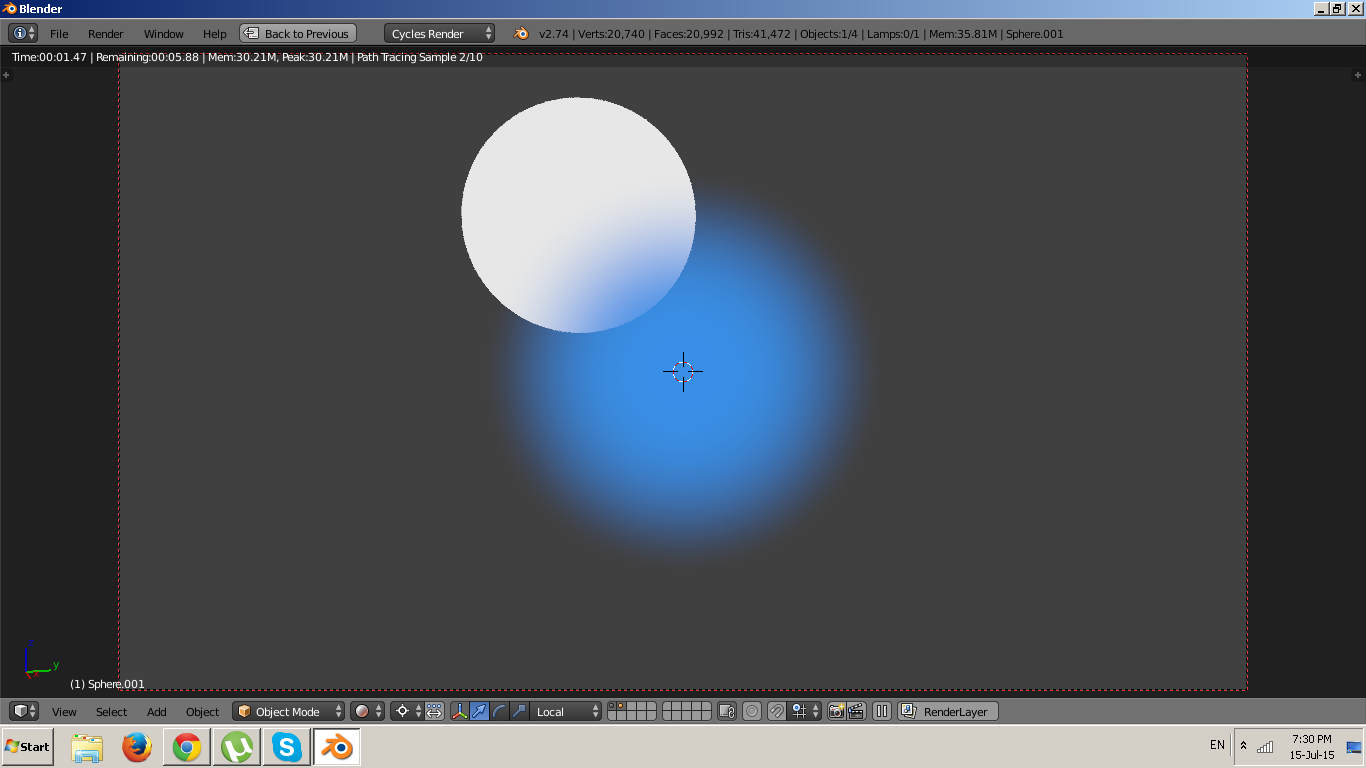 You can render your sphere and then a mask so that you can overlay your sphere on top of the glow in the Compositor. Very good for animation since it is authentic in the 3d space

Not the answer you're looking for? Browse other questions tagged cycles-render-engine volumetrics or ask your own question.

15
How to: Exponential Fall Off for Volume Density?
12
Atmosphere (Rayleigh/Mie) Scattering in Cycles
7
Is the w-coordinate of the UV coordinate system supported by Volumetric materials?
2
Atmosphere Colour Change (Blender Render)

19
Using volumetrics in Cycles I have to have the light strength super high
5
Using 2D / 3D textures with volumetrics?
2
strange artifact when rendering volume
0
Volumetrics behind glass arent working in Cycles
0
Artifacts in cycles clouds and volumetric atmosphere