Particle system "shoot at an object"

Thank you for your time reader!

I want a particle system to shoot (laz0rs) at an object (in this scenario a plane / ground).

So far I learned that keyed physics is the way to go. I got three Objects now:

But I cant manage to rotate particles toward the "target"

Does someone have an advice for me? :)

You can use the rotation tool in the particle system. Set this to 'Velocity / Hair'. This way, the particles will always face the direction they are going. 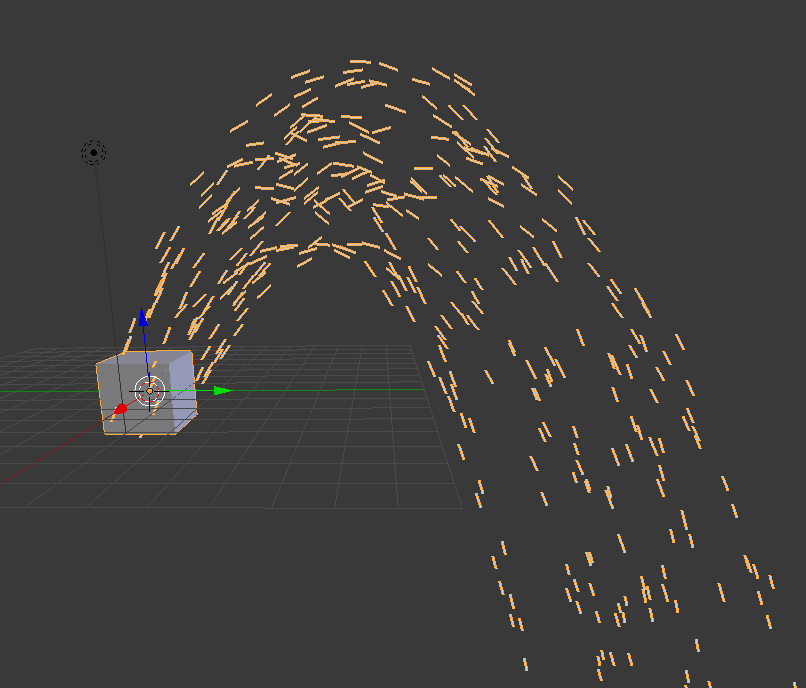 To force particles (missiles) to 'point at' their target enroute, simply place a 'Track to' Constraint on the particle object from which they are fashioned.

Place the Particle-Object fairly close to the emitter so it will align the particles properly to the target.

When it's all looking ok, this object can be moved to another layer that won't be rendered. (it will however continue to control particle direction)

If you don't want particles that are emitted early, having to reverse course, (anim 1) delay the emiiter's starting frame to one where the object is aligned reasonably to the final trajectory. (anim 2)

Forgot to mention, it will be necessary to tick the "Rotation" box in the emitter's 'Render' tab. 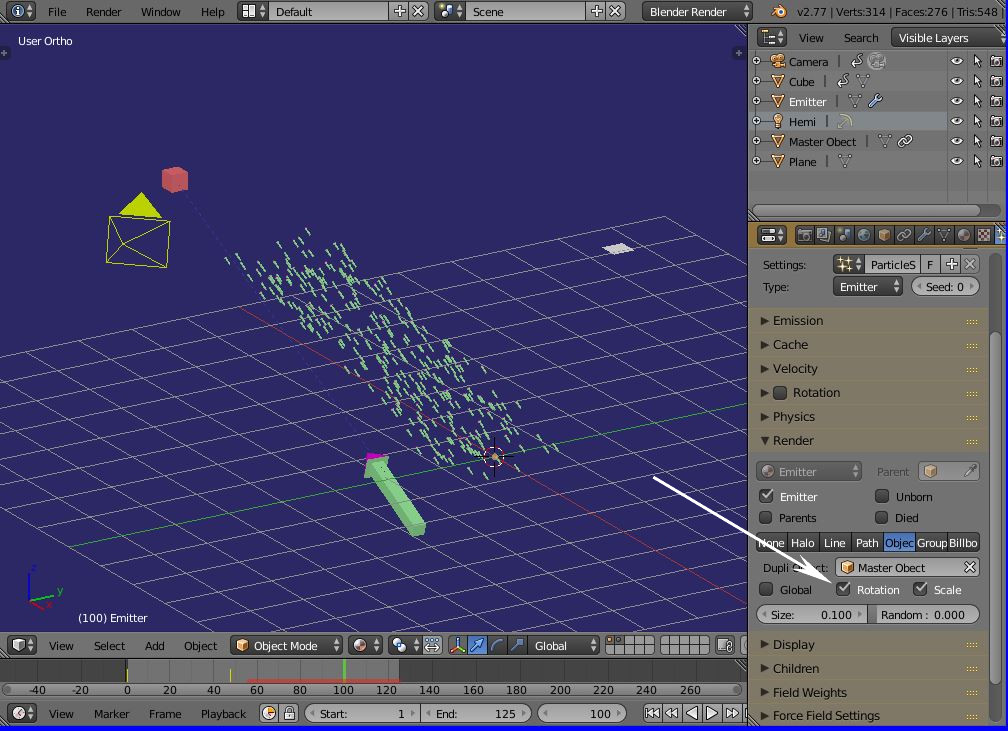 6
Move rigid body gear using particles
4
How to give particles systems a moving target (key)?
0
Particle system rotation as a whole
0
How to simulate falling small pieces of paper to the ground?
0
particles sit above collision object when "size deflect" is active
1
Why are Emitted Particle Objects Not Oriented Correctly?