Making an edge parallel with another

Edit: Changed the screenshots and some of the descriptions to be clearer

However although the vertex aligned itself with the pivot point, it went downwards, distorting the edge it was subdivided from.

I'd like to have all the bottom edges stay parallel to each other, i.e the parallel with the edge marked with red colour. The subdivided vertex, however, creates an angle on the now separated edge after aligning itself with the pivot point. 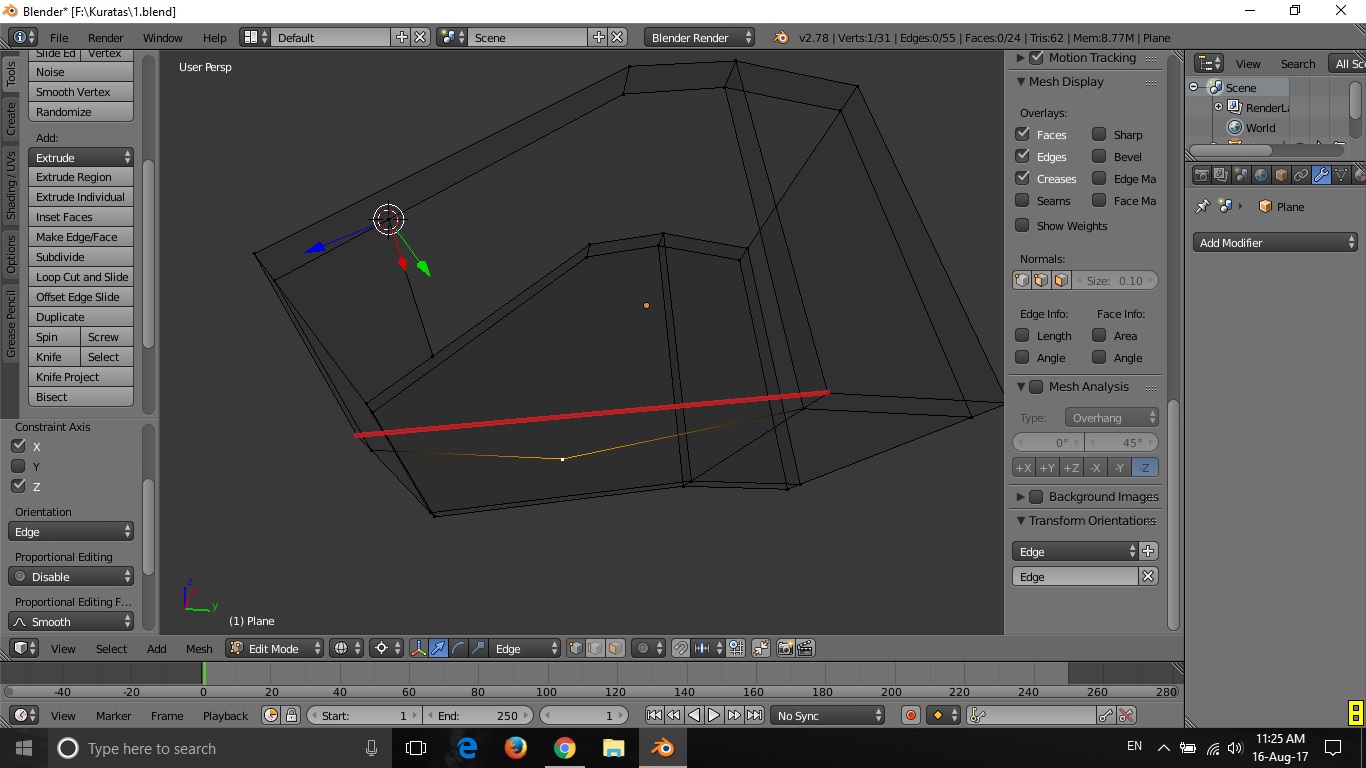 The edge I'm trying to create is marked blue in colour, and I need it to be parallel with the green edges while allowing the red edges to remain a straight line. The yellow point would be the subdivided vertex. 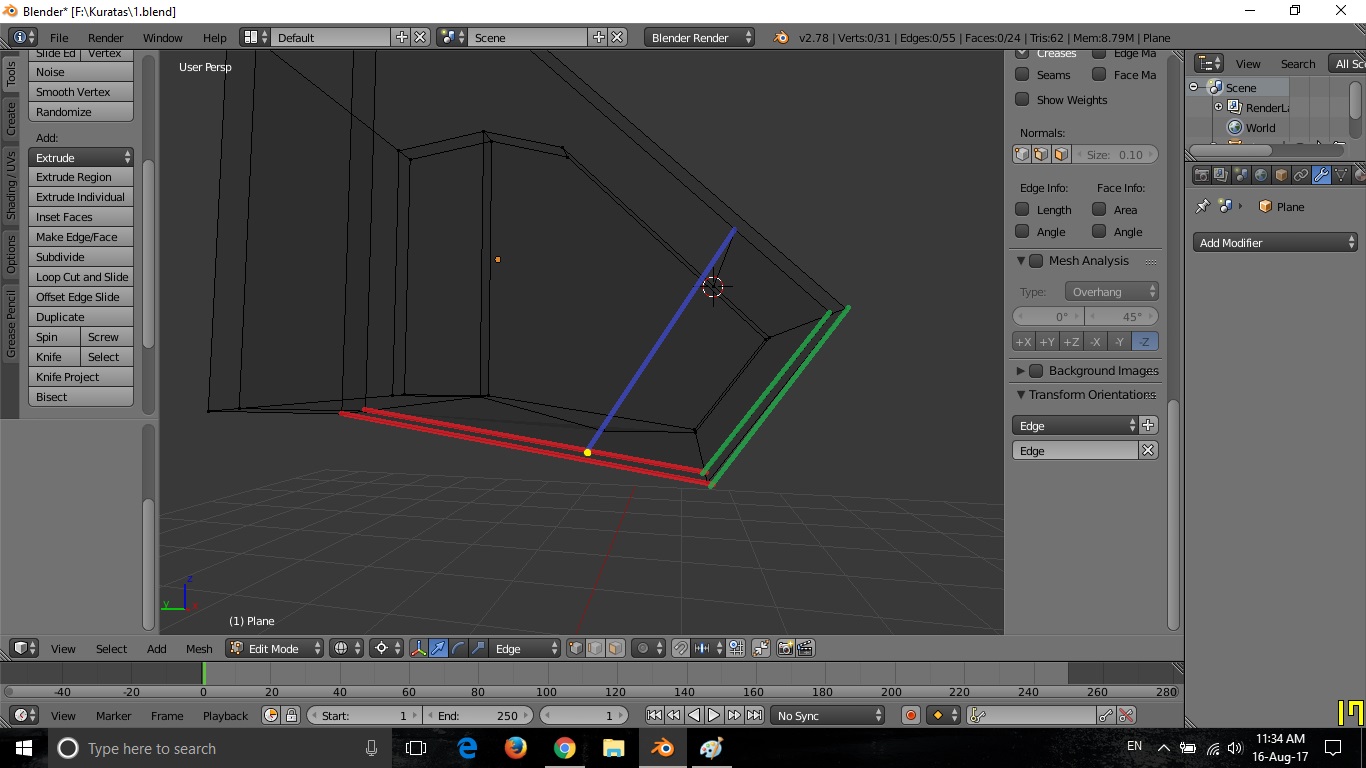 I need it to behave like a sliding vertex along the edge while parallel to the frontal slope (i.e the green edge marked above). Simply sliding the vertex won't work because I don't know if it's parallel with the green edge.

It's difficult to see from your screenshots, but what you may need to do is apply the object rotation and scale before you add that extra vertex.

Without this, Blender will often produce unexpected effects when editing the object further, particularly if you've scaled a primitive in one or two axis before editing it.

2
How to extrude a face parallel to another?

2
How to fold a plane while keeping length of edges?
4
How can I snap to the projection of a mesh element?
3
Moving only one vertex of the edge
1
How can you align two vertices relative to a global coordinate when you want to preserve the orientation of the edges that contain them?
4
How to connect sharp edge with smooth one?
3
How to snap Origin to selection instead of closest element?
1
Animation rotation of an object around another boject's fixed vertices
5
Edge Bevel Weirdness