(I previously opened a multi question thread, which is against rules, so here's just the main question I had)

As a relatively long term Sketchup user I can't work without the line tool and the Knife tool in Blender doesn't show distance and it doesn't snap by length like the Sk-u line tool, so it's really hard to work with it.

Basically here's what I want to do, to draw a small line 20cm from ,,point Q" (random name I thought of) and then to draw a line towards the other side of the box to the point that is also 20 cm from it's version of "point Q", hopefully without using subdivision and loop tool, which both create a lot of unnecessary things and are both unprecise for what I need. 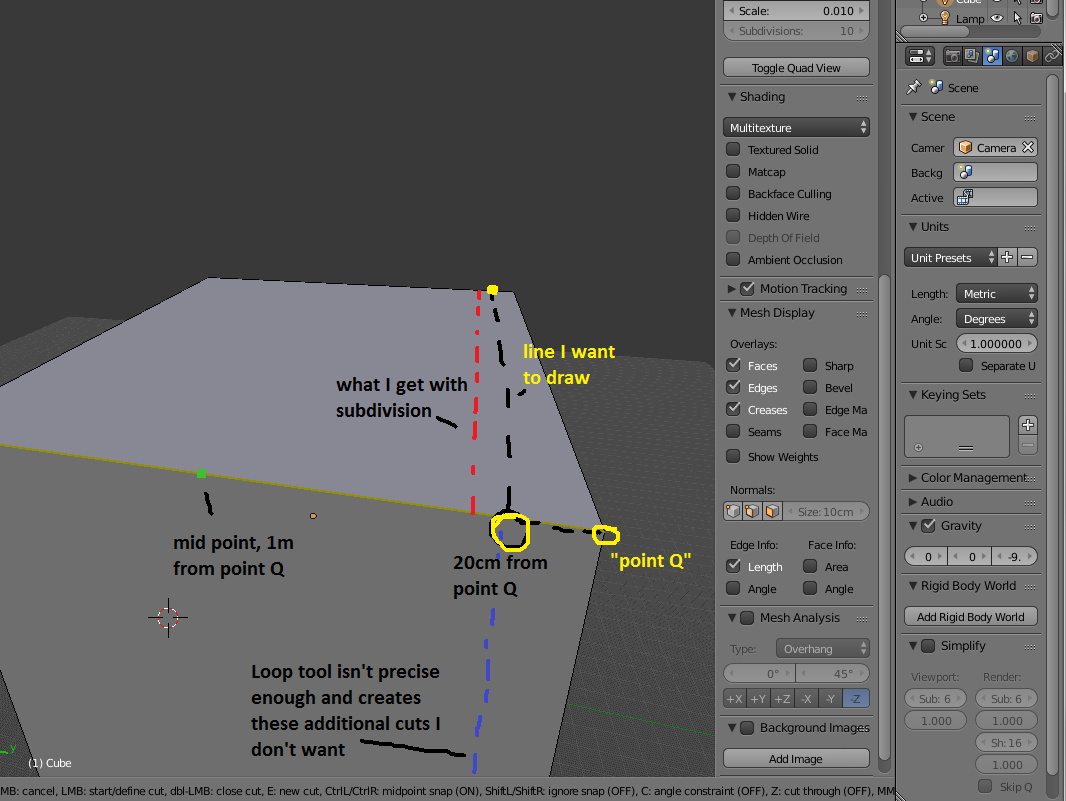 I was advised previosly to use the snap utilities addon, but I only want to use either Blender's own stuff or at least a freely available addon (snap utilities is 17 usd), I am a 21 year old from east europe, so I neither have (or need) a credit card, nor a paypal and I'm not in the mood to get those 2 just for a small snapping addon, I'd probably end up paying a lot more for the credit card itself..., so if there is anything free, it would be much appreciated.

Blender isn't really the right tool for doing precision 3D design, but it can be done.

You will have to do some arithmetic, but one approach would be

This will create the edge you want, but not place it where you want it.

To figure out the value, here is an example, based on your image. * You appear to be adding the edge to a top face. This means that you want to set the median y value entry. * take the y value of point q and subtract 20cm from it. * enter the result.

You end up with a precisely place edge.

Yes, the people at Blender Foundation are having a focus...

Still, in this case, I would subdivide two edges, select the new edge and press G twice. Then you can easily type in 0.8 and get exactly what you want...

In this case, old-school style, no add-ons

Assuming you want your 20cm to be in the X direction (If not, you would set a custom orientation on a perpendicular edge,) and assuming your units are set to meters. 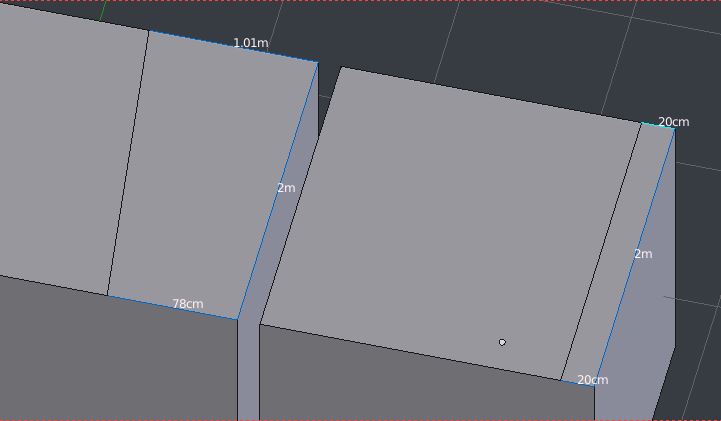 THE LINE TOOL FROM THIS ADDON IS ALREADY IN BLENDER 2.79

Or this alternate method