Render a layer only once for all 1800 frames?

I tried searching, but I honestly don't really know what to search for, because I'm a total noob and this is my first animation.

I made a planet a few days ago (see this Reddit post, which includes the tutorials I used), and right now I'm working on a simple animation that spins the planet 360°.

Then, in compositing, I do the glare and blur effects to get a nice atmosphere. Only the planet spins in the animation though, so what I'm wondering is if I can just render the atmosphere ONCE, and then composite each frame of the planet to that one atmosphere render layer frame, instead of re-rendering the same atmosphere for all 1800 frames, which would cut down on my render time by a significant amount.

I tried the method @cegaton suggested, rendering only the camera, sun, and atmosphere layers as an EXR (I also tried PNG), saving and then importing that into the compositor, replacing the render layer input node with an image node.

Here are the results of that method (again, using an image input node in the compositor) 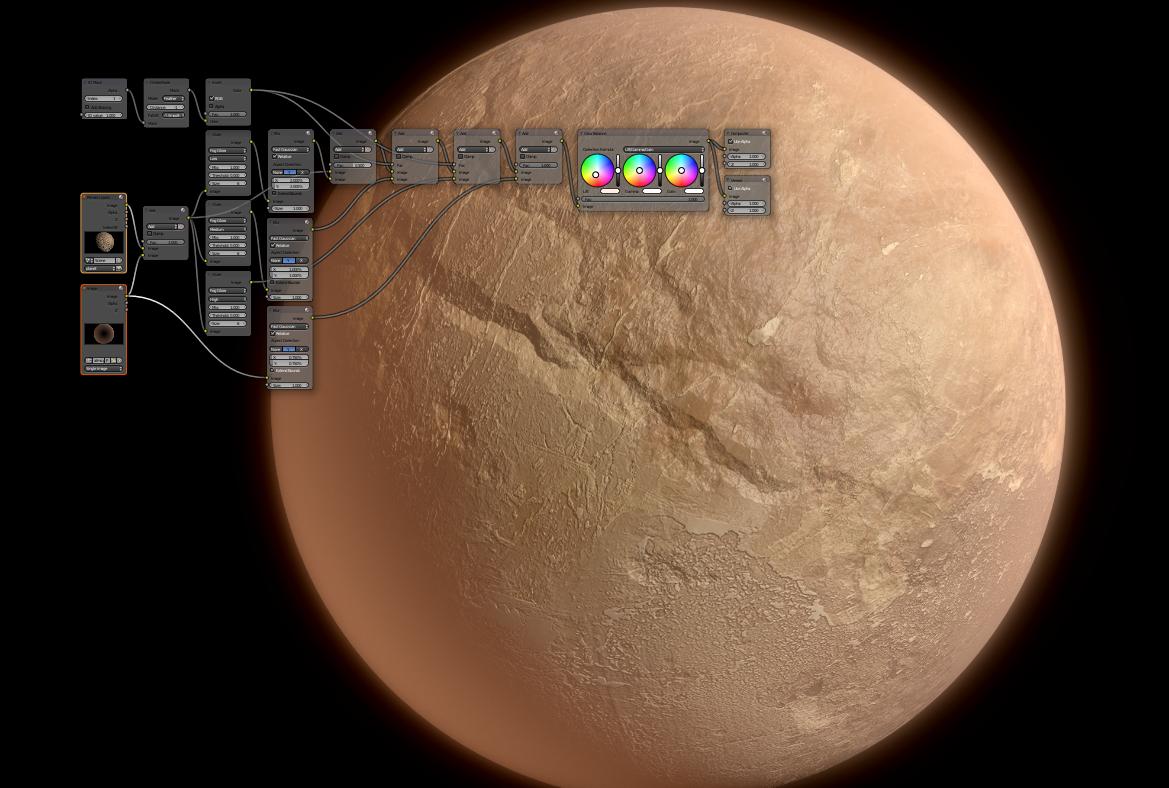 And what it's supposed to look like (using a render layer input node for the atmosphere): 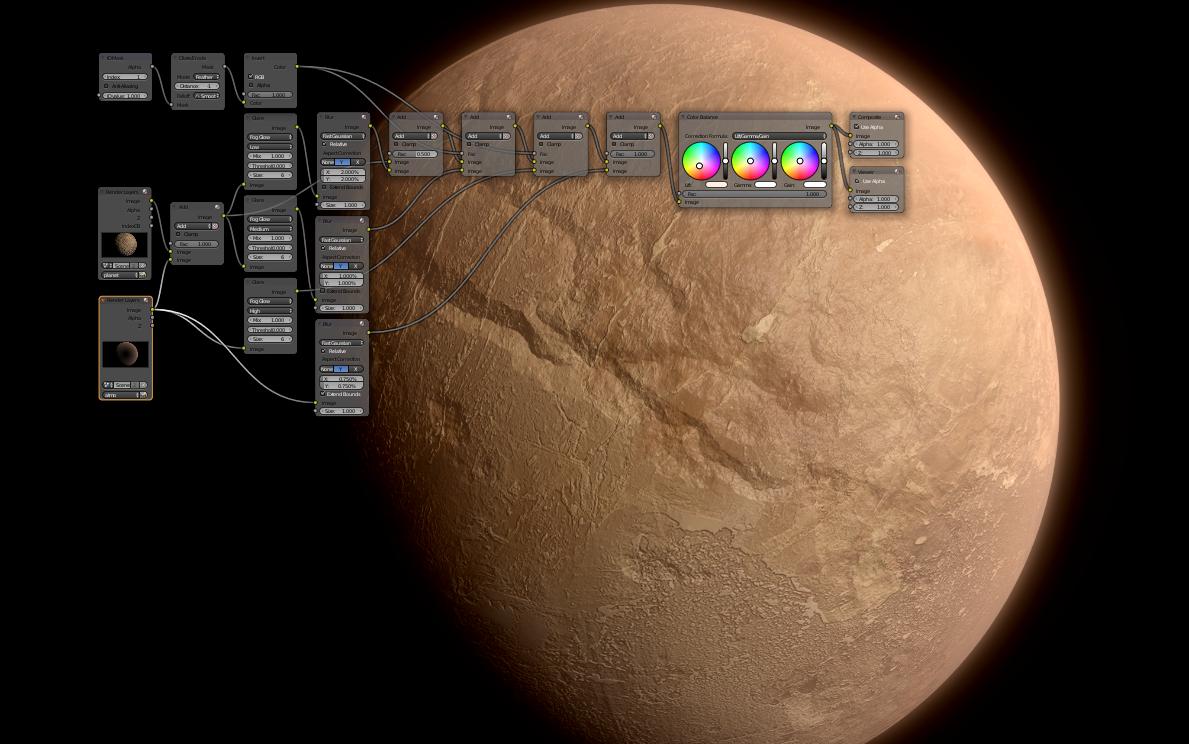 Obviously I've misunderstood, but I can't figure out where I'm going wrong.

I think I figured it out. Okay, so I rendered all the layers together the first time, but with compositing checked off. Then in the image result viewer I selected only the atmosphere render result (which rendered properly, with the planet terminator superimposed), and saved only that layer as a PNG. Then I deleted the atmo object, and the materials. Now only the planet is being rendered, which is good, but the compositing seems to be taking a bit longer using the image node than the render layer node.

Still, it took 5 minutes 11 seconds to render 27 frames, and the old method took 8 minutes 17 seconds to render as many frames. So, looks like my nigh 14-hour render will take closer to 9 now. Was hoping for more of a reduction, but that still strikes me as pretty good.

Okay, so I rendered all the layers together for the first frame, but with compositing checked off. Then, in the image result viewer I selected only the atmosphere render result, saved that layer as a PNG, and then imported that PNG into the compositor as an image input node, replacing the atmo render layer input node and its connections.

I did a quick test of render time for 27 frames (just an arbitrary number of frames I decided to stop on), and for this method, the render time was about 62% that of the old method.

Many thanks to @cegaton for the help, I feel weird answering my own question though.

Not the answer you're looking for? Browse other questions tagged animation compositor render-layers or ask your own question.

0
How do you create mask and “give it a diffuse shader” in this tutorial?
0
Images in the Render Layer nodes of the Compositor disappear
2
How to render only one render layer?
0
When I render my image, and select composite and combined for the render view, only one of the layers is showing
0
How to Render Composite layers for timeline video creation
0
How to render some of view layers only (instead of single or all of them)
0
In Blender 2.8 how do I render the world once for all view layers?
1
How to load a render from cloud-servis into compositor with passes?