What is an easy way to correct the position of the lower jaw of the dog? After animation and parented to armature? Is it possible?

I have this dog mesh which is already parented to the armature. I made sure that the whole head was parented to the head armature, but the lower jaw still somehow appears to be deformed after animation. Initially it looked fine, but after turning the dog head around, the lower jaw move weirdly. 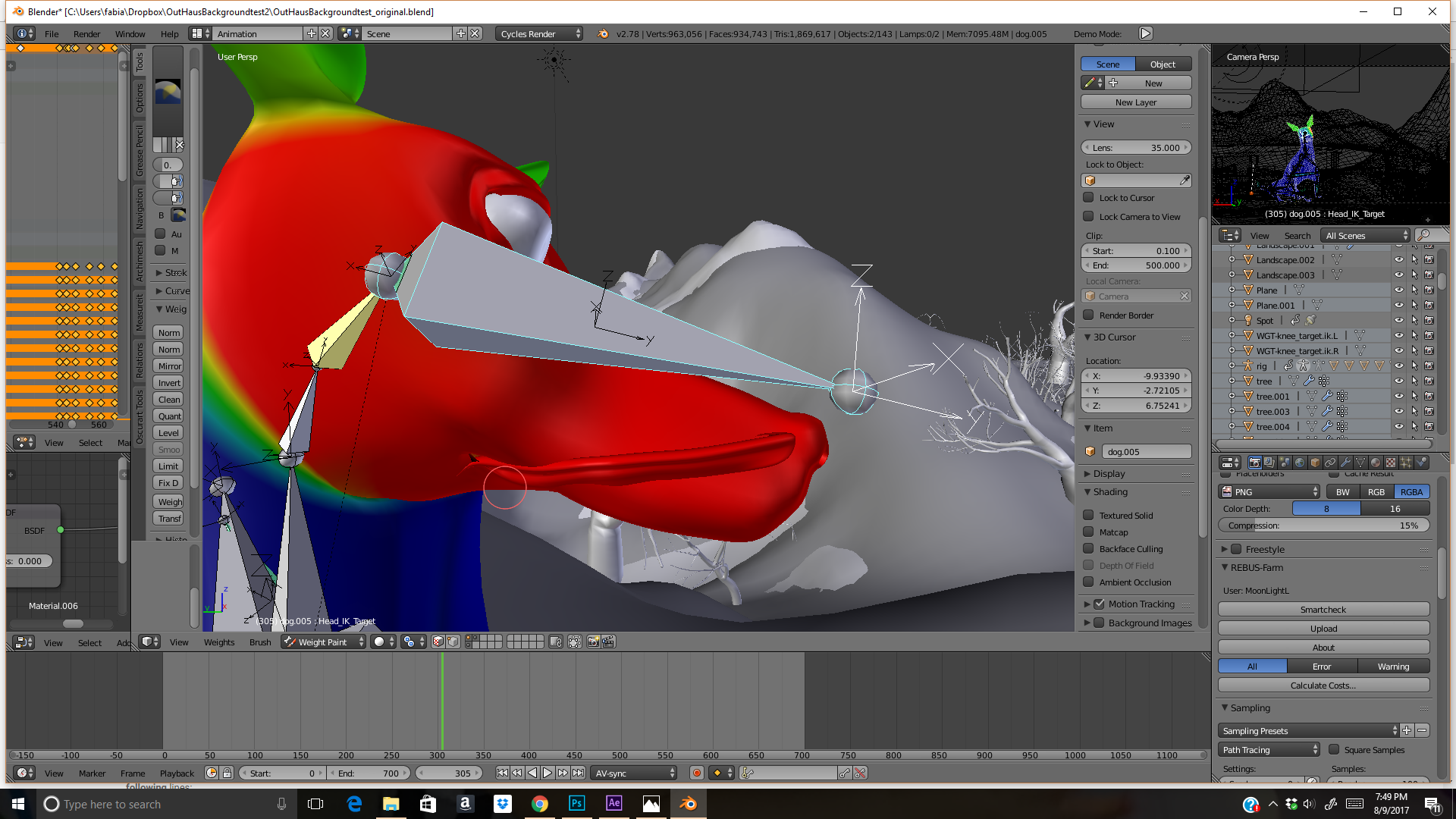 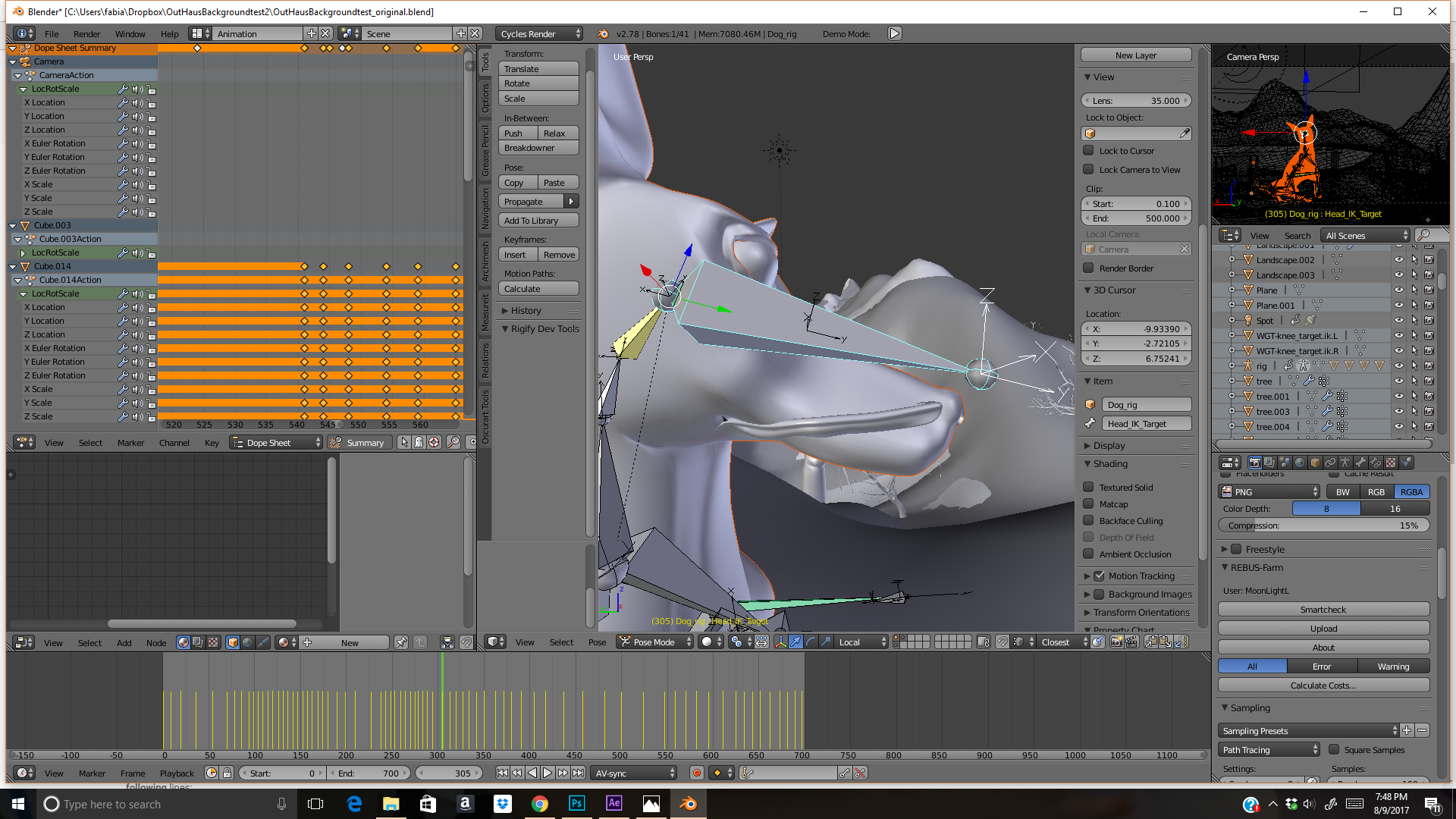 What can I do to fix this?

Additionally, I tried to edit mesh while it is parented to the armature. It didn't work.

I tried to weight paint the head portion of the mesh again. Which didn't work either.

Update: Since I couldn't figure out how to correct it, I decided to edit each frames that involves the deformed mouth in photoshop. Which kind of sucks, but I think it looks fine, almost noticeable (I think). I would still like to hear the solution though.

I have figured out how to do it in a way. I couldn't correct the jaw. What I did was duplicate the lower jaw and then separate it from the body mesh. Reparent the lower jaw (which have to be rescaled and repositioned), but it still follow the animation pretty well.

Not the answer you're looking for? Browse other questions tagged animation mesh armature weight-painting or ask your own question.

0
Why does my object increase and deform when i first select the object, then the armature and afterwards go to Set Parent With Automatic Weights?
1
How should I design the jaw for rigify pitchipoy?
0
Rigging problems afoot
2
Reparent Mouth Rig to Different Character's Armature?
0
Head mesh jumps into the eye mesh after joining armatures
0
Shape Keys plus Armature