Pipe with round caps (ends)?

I was trying to make a pipe with rounded cap or ends. Something like in the image, where I just added to spheres as "ends". 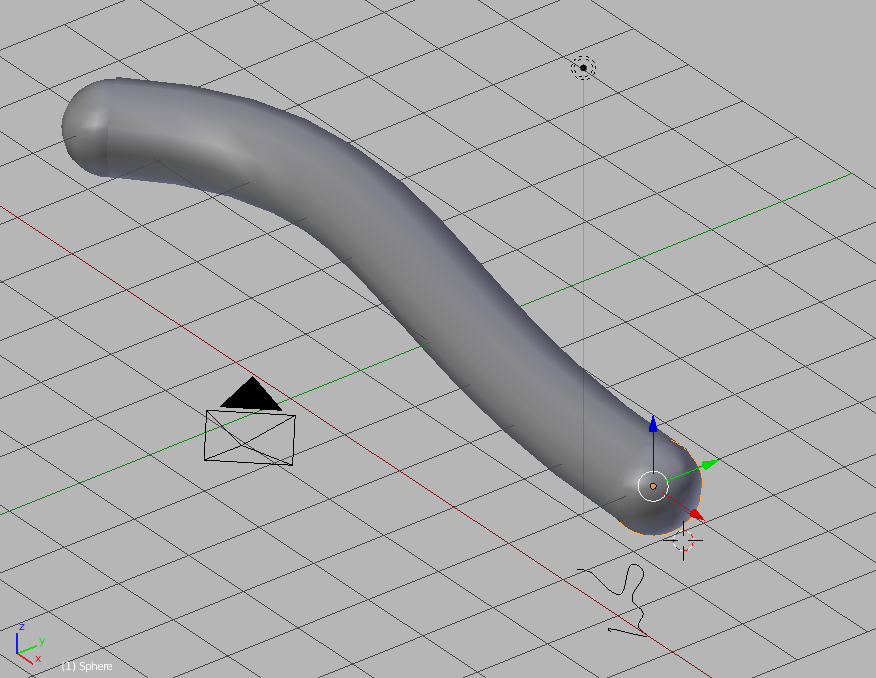 I've already surfed the internet a little and it looks like an uncovered issue, as simple as it seems.

I need to do this because I want to animate it later, like some type of growing body of water.

So, the method I'm trying out now is using a Bezier curve and applying some bevel, because of the "start bevel factor" and "end bevel factor" parameters which can modify the length of the pipe from its start or its end. Very handy.

What I've tried later, was to select a sphere for the bevel object, so it would return a pipe with rounded caps... but it was impossible.

So I'm totally open to new approaches, if you have any ideas!

You can do this with an array modifier and a curve modifier (see this post):

4
Model a tube with round ends and apply a colorful gradient
38
Extrude along path
10
How do I add a non-deformed end cap to a tube?
10
Rounded Ends (or caps) on Biezer Curve Pipe
4
Is it possible to attach an object to the end of a curve and have the object point in the same direction as the end of the curve?
3
How to round off corners using a curve circle
0
Is there an easy way to convert a flat horisontal surface into a curved (domed) one?

3
Controling the speed of the tube animated with curve
10
Rounded Ends (or caps) on Biezer Curve Pipe
3
Rounded caps on a Bezier Curve pipe
2
How to model a mesh of curved axe?
1
Create a smooth, well rounded aircraft nose (with a low poly constraint)
0
Animating Curves for Arms and Legs
2
Seeking better way to add precise hemispherical caps to a swept curve
4
how to make a stroke, like in vector software (illustrator, flash, animate, etc.), with a round cap?