This is pretty common way of chamfering hard edges in CAD modelling different product casing. I was wondering is there an addon, script or blender function out there that i don't know that can automatically make sharp corner chamfering like that?

How this particular type of chamfering is called? I struggle to find info on it without the name. Maybe there reason is it's not that common after all...

This is a four main way it can be modelled by hand.

For Cube like shapes through inset with equal thicnkess\depth

For most non symmetrical shapes with 3 edges - with a help from Tiny Cad.

For shapes with radial symmetry. Again with tinycad.

The longest way for any possible shape with boolean.

When modelling for close-ups Ngons \ chamfer planes created through this process needs to be flat, so just beveling\chamfering in several stages won't do.

DISCLAIMER: If you want faces, created by chamfer to be flat, this won't work for you.

As far as I know, there isn't any way integrated into Blender to do this, but you can do it really simply yourself.

If you have three edges coming together, select two of them and do a regular, one segment bevel (Ctrl-B) and remember the offset value (0.2 in my case). Then, select the third edge and do the same bevel, with the same offset to it. If you want, you can get rid of the excess edge with Delete > Edge dissolve.

A gif of this: Imgur 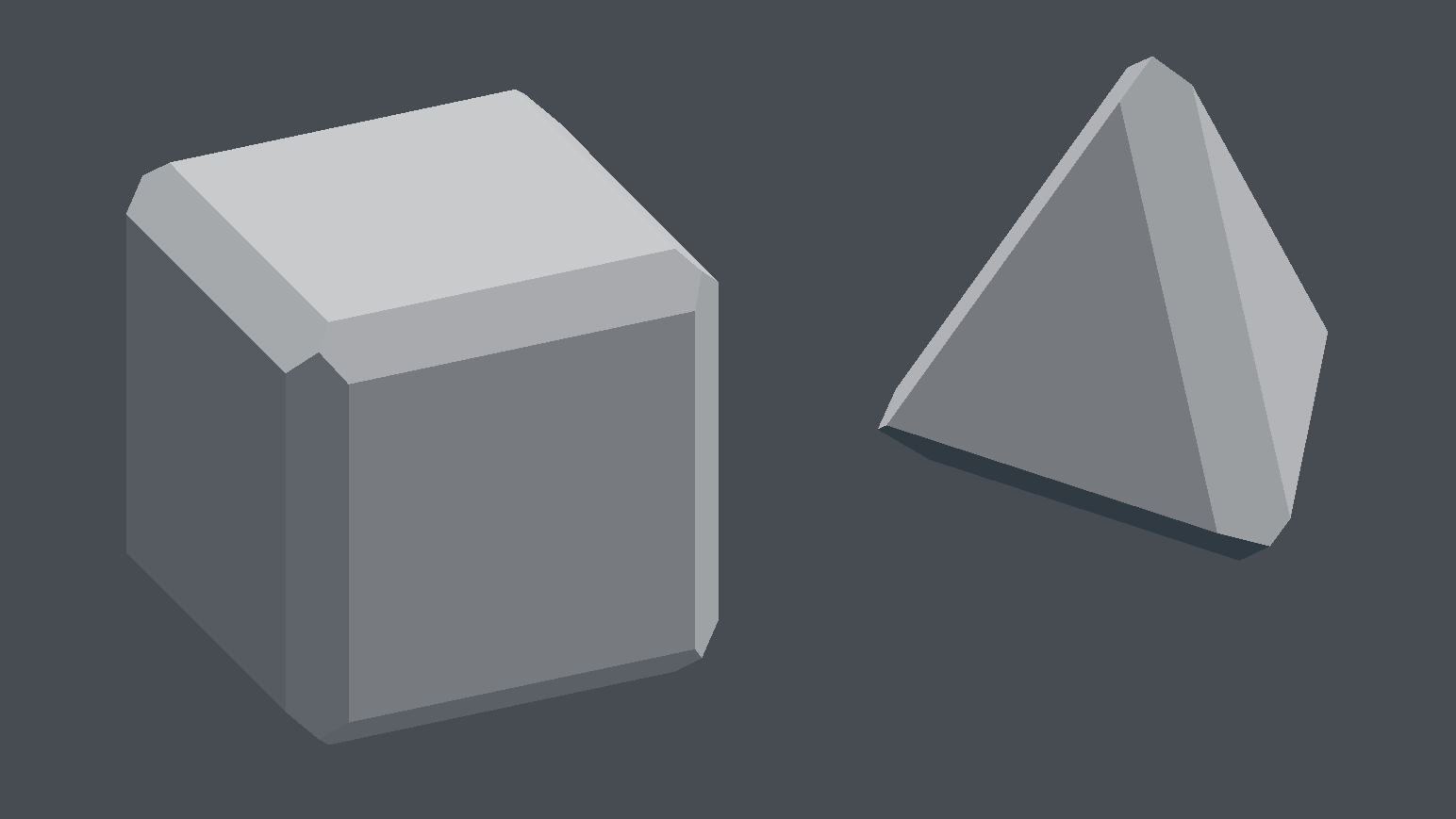 The chamfer on the cube was done in 2 steps and the one on the pyramid was done in 3 steps (without dissolving excess edges).

...decided on extrude, dissolving edges and moving old corners. Currently not producing coplanar ngons, will need to get my head around it later.

Notice the chamfers are too shallow (not on same plane), I've used the median point of the triangle of the corner. Thinking there could be cases where 3 planes in space (the chamfers) may not intersect at a single point. (Maybe hence the triangle corner of bevel) Will investigate later using some of the geom utils, intersecting pt with planes defined by chamfers, or someone may suggest something in comments.

Not the answer you're looking for? Browse other questions tagged modeling edges bevel or ask your own question.

2
issues with array modifier
10
Is it possible to get automatic smooth edges with flat faces without adding geometry?
2
Bevel to fit circle
5
Do I need a subdivision modifier to create a hard-surfaced object
3
Creating a Goldberg polyhedron in Blender
4
How to bevel selected edges in non-destructive way?
0
Chamfer or bevel an edge with a smoothly varying depth, as if whittled or gouged out