Is there a way to simulate convection with a particle system?

As stated in the title, I want a particle system that will have particles heat up and rise, and then sink when they cool. How can I simulate this?

Additionally, I want to make sure the particles attract each other and move around on the x and y axes.

The end goal of this is to make physically accurate cumulus clouds (the puffy, flat bottomed ones), where the particles are emitters for a smoke simulation.

Here's an example of a Node setup where the individual particles are on their own program. I changed the particles to be emitted over time instead of all at once to give a little more separation between particles . The smaller particles move faster than the larger ones but you can easily remove that if it doesn't suit your requirements.

The modulus operator (Math Node) is for looping the simulation indefinitely. This setup essentially uses the Minimum of the two range nodes as well as the length of time the particle has been living to determine where the particles should be along the Z-axis.

Of course there's a lot of room for tweaking, improvement, randomization, etc. In this gif, I added a little velocity in the X-direction using Blender's own particle settings.

Just saw your edit to your question. Here's an example with smoke simulation. You just need to add Smoke to the original object and make sure you select Copy Full Object so that it also copies the Smoke sim with each Instantiation. 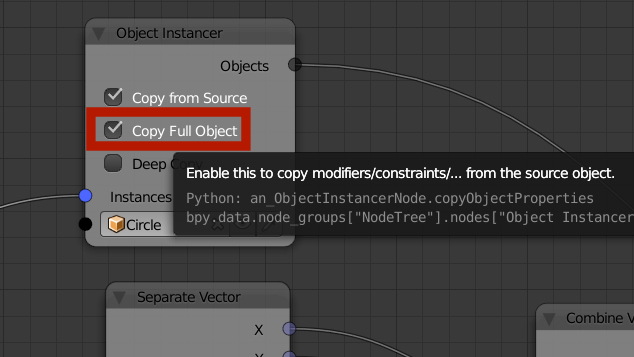 The single-tri smoke emitter objects will simply have no bearing on bake, simulation, or render times. Blender will crash from the smoke and particle sim long before the number of triangles.

I would concentrate on making the smoke more realistic before adding more particles. I understand that you'll need more than hundred, but the smoke is going to be the makeup of the cloud and there's a lot of "tweakability" in the smoke sim. The particle objects are only for emitting and serving as a method to give you control over location.

Here is a sim with a little bit of turbulence added (affecting the particle objects and the smoke). Sorry it's so small and crappy, I had to keep it under 2MB for upload:

And here's a happy little cloud render from this scene: 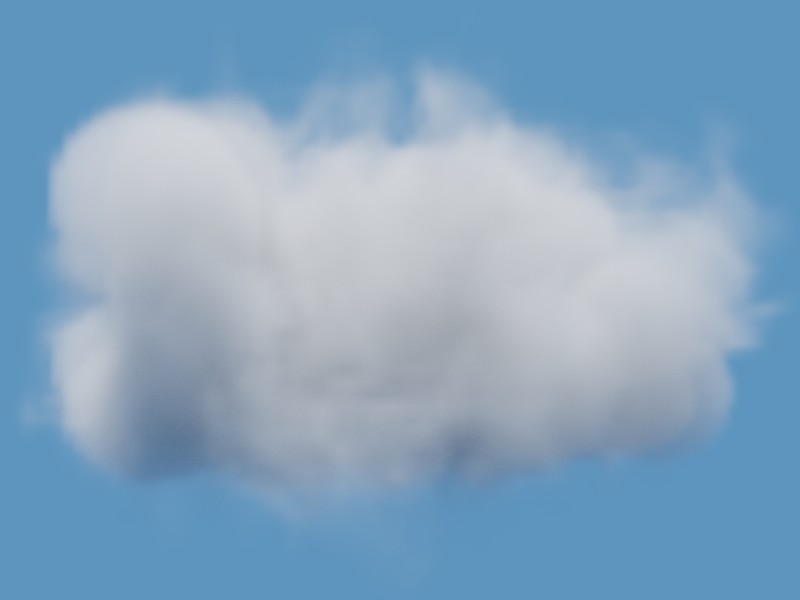 Use fluid particles and a set of force fields

I use two opposite Wind force fields (B1-2) with "Plane" shape and quadratic (2.0) falloff. Together they determine the midpoint of the Z-region around which the particles will move.

The convection itself is given by two other Wind force fields (C1-2) that, in addition to the quadratic falloff, have a "maximum distance" (displayed by the little dotted circles around them): in this way they act as local forces that "bounce back" the particles that are going too up or too down, which results in convection forces. The stronger these force fields, the more obvious is the convection effect. [[ Edit: raising the timestep from the default 0.04 to a slightly higher value of 0.06 makes the convection more evident too ]]

A weak Turbulence force field (D) and a collision box (E) assure that the particles keep moving and don't escape the scene.

My particle system (A) is emitted from a plane, with random velocity (average = 0), during the first 50 frames. To add some randomness, I've used a Cloud texture to affect the surface emission density.

Important: the gravity field weight must be set to zero (or you can remove B1 and make B2's falloff power = 0.0) [[ Edit: a value of 0.006 - very small - can lead to a "flat bottom" effect that can be desirable for clouds ]]. To make the particles attract, the Physics should be of Fluid type. I have reduced Stiffness and Viscosity to 0.2 and 1.0, otherwise some fixed-size clusters and fibrils start to appear. The Size setting determines the size of the cloudy features (clusters), in a not so obvious way: you should play around a bit to find your optimal parameters. Also, I've used some Brownian force to introduce randomness.

If you want to see actual cylindrical vortices, you can add several Vortex force fields with Tube falloff along the X axis.

Here is my .blend file. Note: you must bake the particle physics yourself!

Update: with the "flat bottoms" edit and a simple smoke simulation, the results looks like this (top = particles; bottom = smoke)

Here is the blend file. To try it out, first you must bake the particle system, then the smoke domain.

If you do it with a smoke simulation you can animate the temperature difference. Positive numbers will make smoke rise, negative values will make it fall.

A completely different approach is to write the code that simulates the evolution of the positions and temperatures of the particles according to the laws that you choose, and pass its results to Blender.

You can animate the gravity (on the field weights) for the particles.

Note that by default the slider for gravity won't let you slide to values lower than Zero, but if you type a negative number it will accept it.

2
How would I make cumulus clouds in Blender (preferably using a smoke simulation)?