I'm not sure how to fix this scaling issue

I'm pretty much brand spanking new on blender and I was following a tutorial on mirror modifiers when I realized my cube was not scaling as it should.

As you can see here, I was scaling out the inner faces on all six sides after I subdivided the cube twice. Problem is on alternating corners such as the top left and bottom right, it's making this kind of corner as if it doesn't want to move like it should or how it did in the tutorial. I looked up the tutorial several times to see if he had changed a setting and I hadn't seen a thing different between what I did and what he did. Below is a link to the tutorial in case this helps because I'm thoroughly stumped.

Edit: Adding a few other pics to show the problem a bit better. 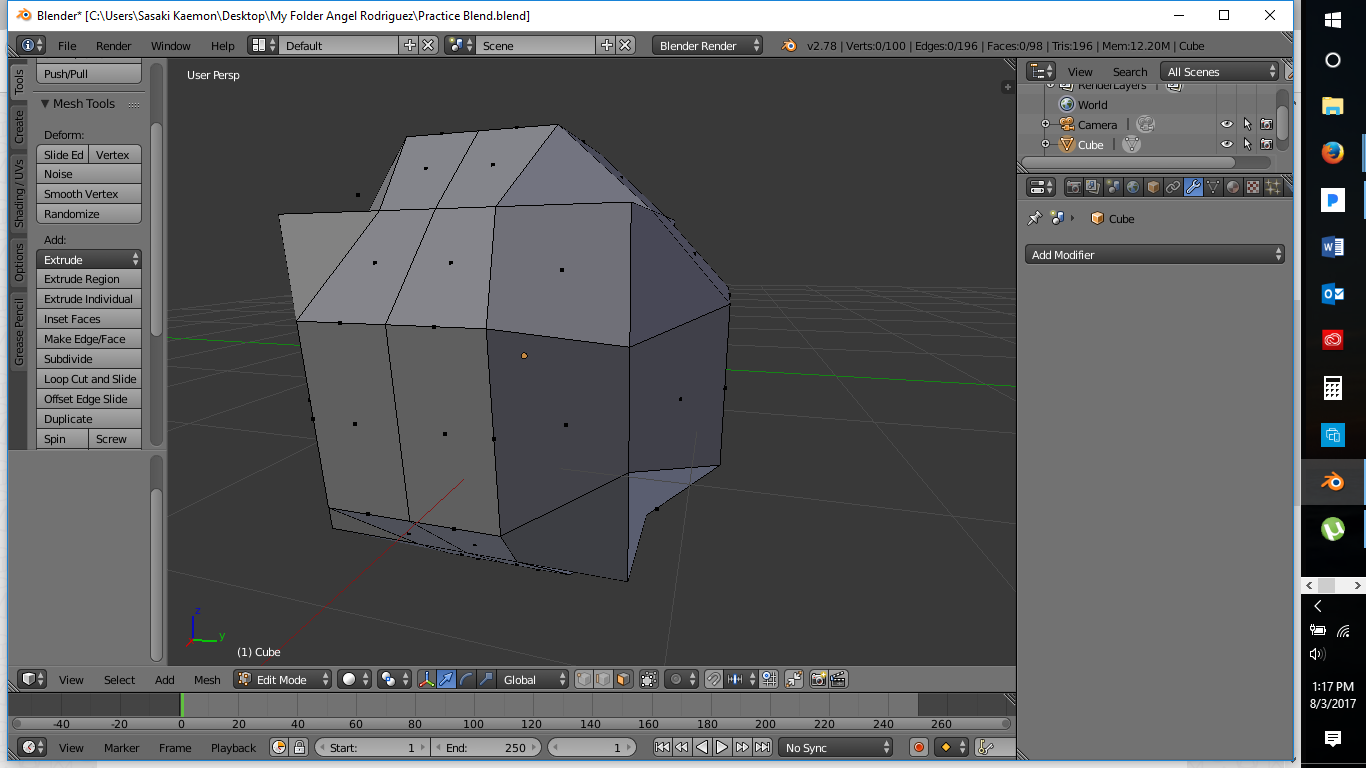 So that backward L shape on the upper left is not supposed to be like that at all. It's supposed to look like this instead according to the tutorial. 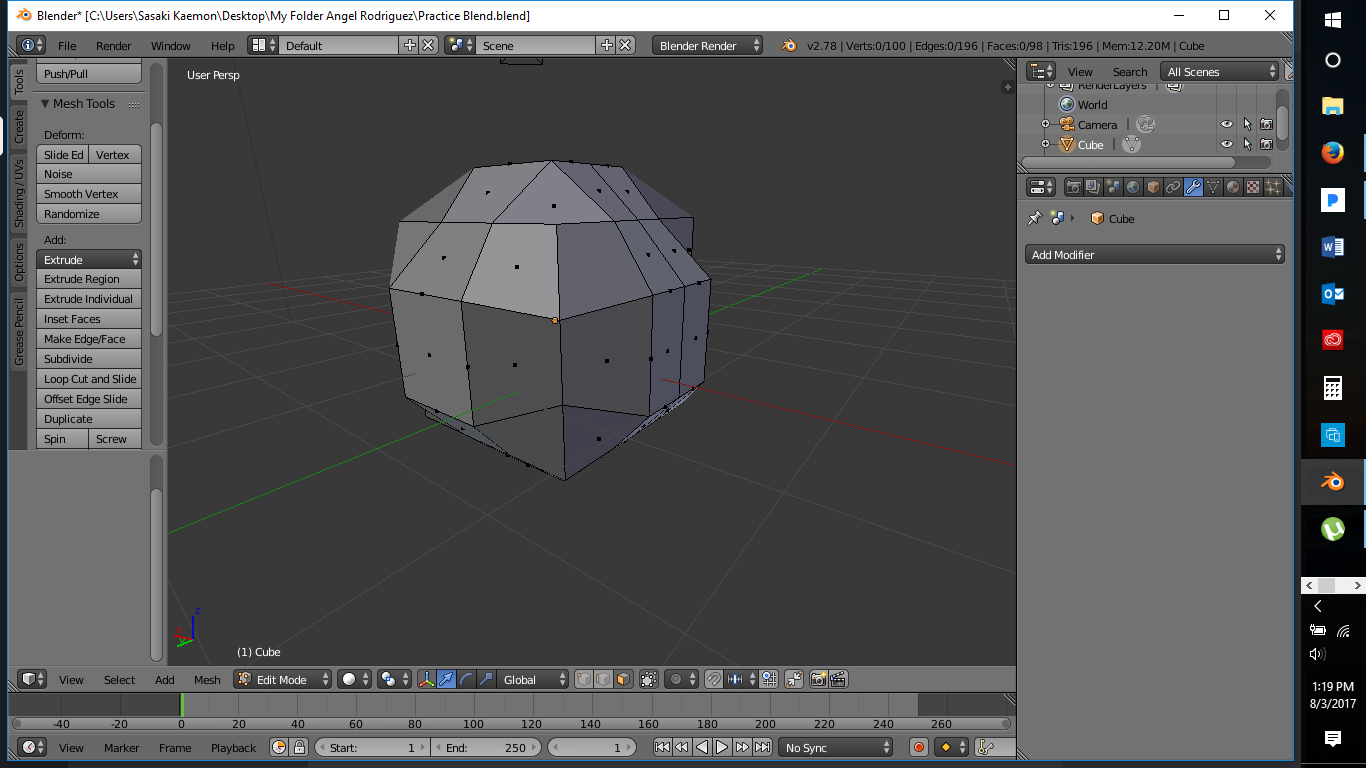 The reason is so that I can grab that vertices in the last picture and pull it in to make it a low poly sphere, but for some reason on the 4 corners it keeps alternating between that weird backwards L and the shape it's supposed to make.

Below is a link to the tutorial in case this helps.

There shouldn't be any problems achieving that but in your case you have 0-area faces around those faces you're supposed to scale, probably it will help if you select all and press W > Remove doubles or you can start from scratch.
Aside from that I'd like to add that shape - scaling faces out and corner vertices in - can be created in 1 step by selecting all and pressing Shift+Alt+S to activate To Sphere tool.

2
Failed union with polyhedron
3
Displacement Map Not Working
1
Extruding Vector Files in Blender
1
How this scaling is done
0
I'm embarrassed to ask this about scaling faces
1
How to Inset irregular (unevenly scaled) shapes?
3
How can I fix this mirror issue?